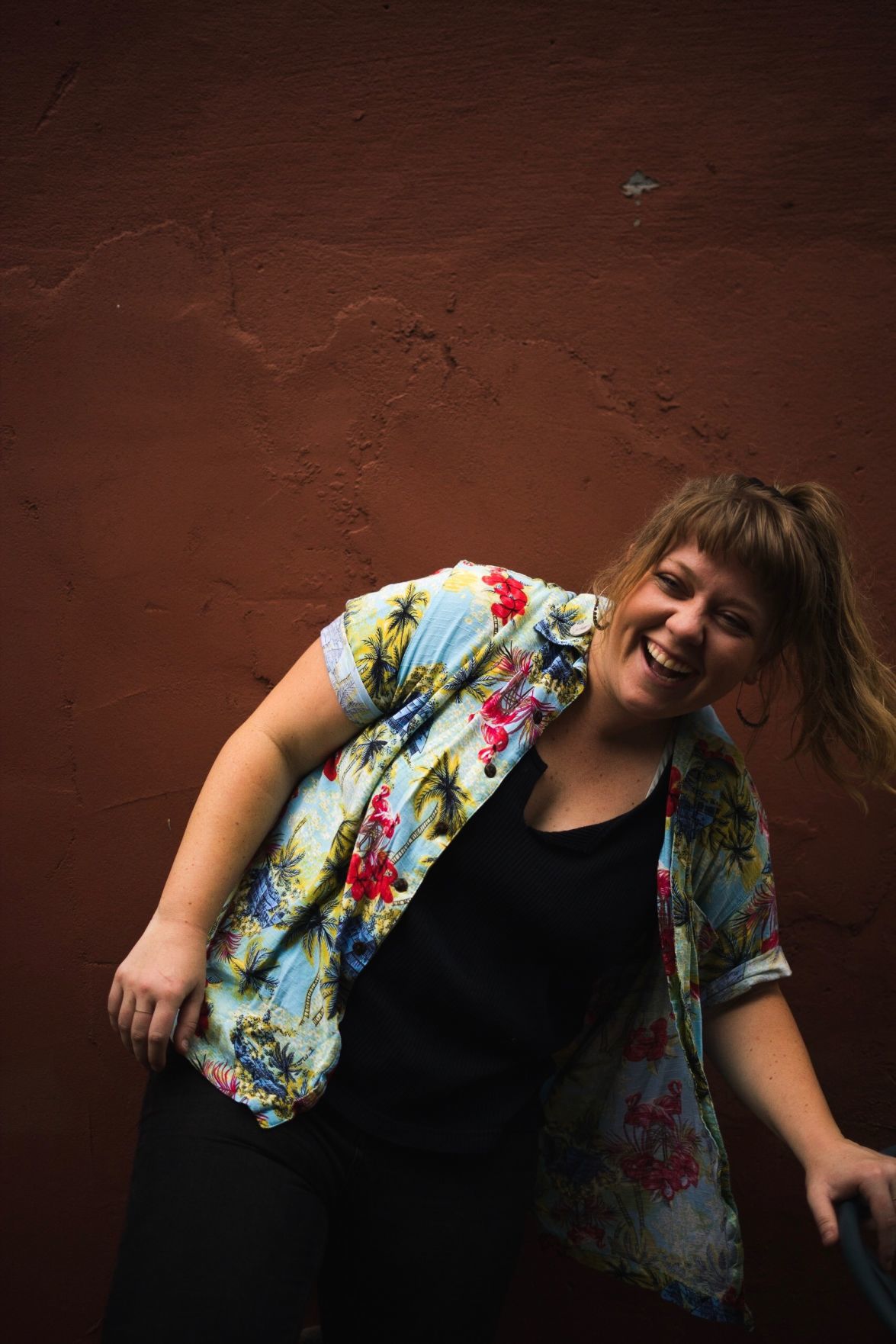 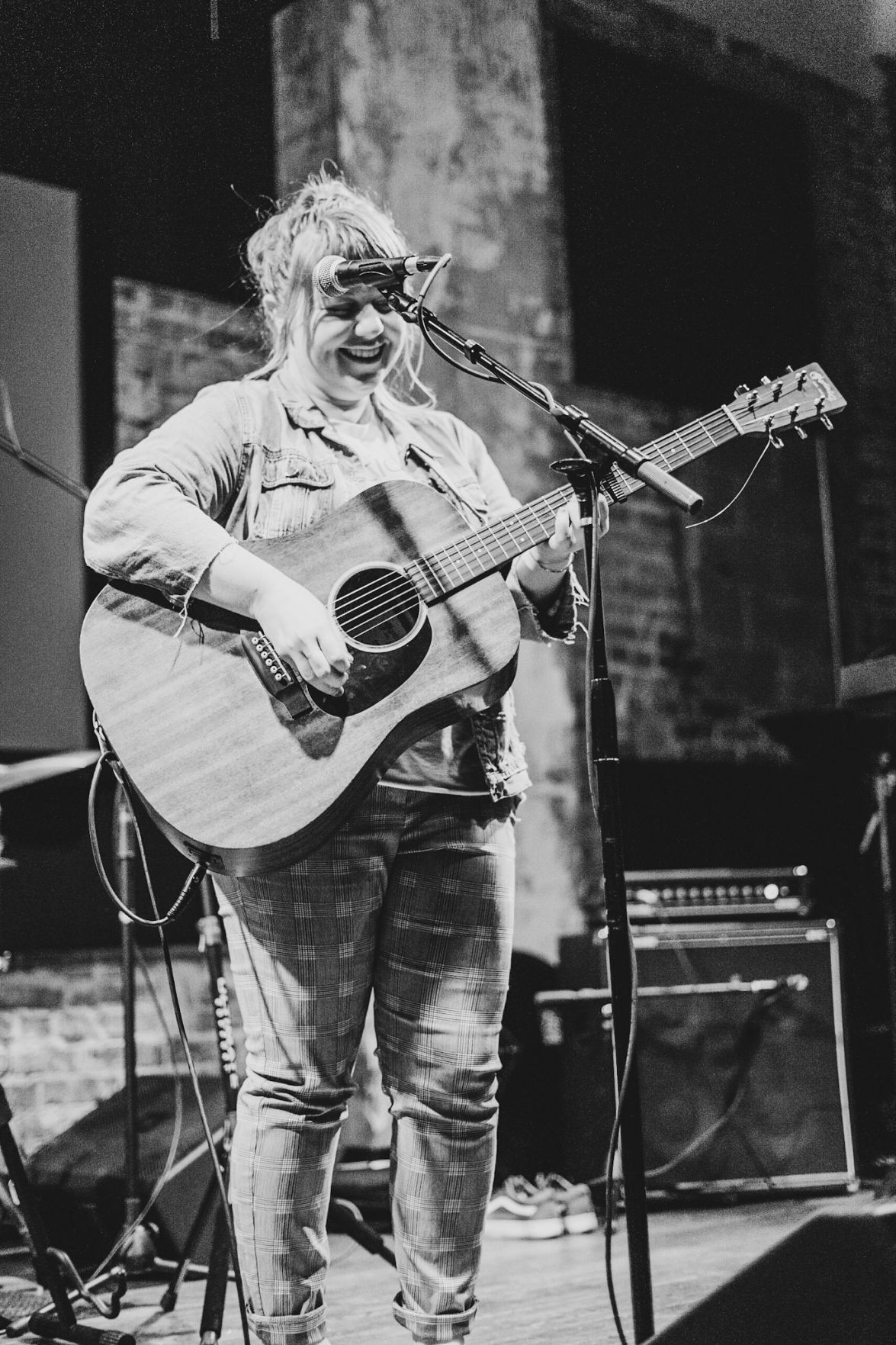 Like a lot of kids from the Blount County countryside who grow up in the shadows of the Great Smoky Mountains, singer-songwriter Kelsi Walker spent a good deal of time during her tenure at Heritage High School wondering what life might be like on the other side of them.

Or, she told The Daily Times recently, anywhere, really. Hers was a restless spirit, and while that restlessness and curiosity burn bright and hot in the songs she writes and sings, it hid the beauty of the community that nurtured and raised her.

These days, she calls Knoxville home, and music is taking her beyond even those borders. A January tour with fellow Knoxville indie singer-songwriter Daje will take her into the Midwest and down into Texas before wrapping up in New Orleans and Memphis, and she’s planning even more shows outside of Knoxville as 2020 progresses, she said.

But the farther she travels, the more she appreciates the place from which she came, she added.

“As a kid, you’ve got that whole ‘grass-is-always-greener’ thing going on, but in the last several months of my life, I’ve truly come to have even more love and respect for Maryville and where I’m from,” said Walker, who performs with her band on Thursday, Dec. 19, at The Open Chord in West Knoxville. “My family still volunteers at the Chilhowee View Community Center. Where I grew up is just an area of hardworking people who love their family really well and show up for community. And I can’t look at what I’m doing and think that I didn’t learn that from somewhere.

“In moving over here to Knoxville, something I wanted to do was to be able to be where music was happening, but community has also lead me in what I’m doing. I’ve shown up and gotten to know people and created real relationships, and it’s been a really natural thing. Playing music is my favorite thing to do, so my goal is to do it in a way so that everyone around me enjoyed it as well. You kind of have to follow where music leads you, but wherever that takes you, it doesn’t change who you are. Your home is your home, and your roots are your roots.”

The daughter of Tamra and the late Art Walker, she lost her father during her sophomore year of high school. Music became the lifeboat that carried her through the storms of grief, and as she came into her own as a songwriter, her lyrics were tempered with equal parts pain and beauty. She counts among her early influences a diverse array of sounds, from the contemplative indie folk of Andrew Ripp and Dave Barnes to the pop-punk of Jimmy Eat World. The words, however, were always the beacon that drew her in, and after attending the University of Tennessee, where she studied communications, she went to work for Clayton Homes. There, she met Cody Barnhart, another Maryville resident with whom she began performing in public.

The way he was able to understand my music brain and what I wanted to happen was such a gift,” she said. “At the time, I was still learning how to talk about music and kind of get my point across when I was in a room collaborating with people, and sometimes, it just felt like he was reading my mind. We started playing together, just me and him for a while, and that was kind of the beginning.

“Every once in a while, we would add a bass player or some drums, and for about two years, we played as many gigs as possible. A lot of that was really finding our sound, because whenever we would play, we put a lot of thought into practice and showing up and finding out what all these songs could sound like.”

In early 2017, she released the EP “Skin, Bones and Fear,” and she followed in Ripp’s footsteps by performing for the Christian youth organization Young Life’s summer camp, both in high school and in the summer 2017. Over time, she made inroads into the East Tennessee music scene and struck up relationships with other artists like Daje.

“There have been a lot of really cool Knoxville opportunities just in the last year that really have kind of changed everything for me,” she said. “It’s been very much about community and trying my best to know the people in the city, and then me and Daje met in a coffee shop. She heard I was playing music, and I knew she played music, and we were like, ‘Oh, we should do a show together!’ I can look back on that one show as this olive branch of another local artist saying, ‘Hey, we should do something together,’ and I can see that it put into motion what I’m doing in Knoxville and a lot of the relationships I’m building.

“Later that night, she and I and Joey Jennings, one of my go-to drummers, just sat around and ate pizza and talked about what it means to be pursuing art, but in a way that’s celebrating the person running alongside you trying to do the same thing. It’s a weird business, because these people are technically your competition, but they’re also your friends, and a lot of people I know want to support each other when we’re on stage. That’s what I would rather do, is celebrate my friends.”

Earlier this year, Walker released “Nervous Kid,” an album that builds on the folk earnestness of her first EP and shines with a confidence built through her work in the Knoxville music scene. The songs are meticulously crafted things that build on the girl-and-a-guitar formula that’s served so many women well, from Ani DiFranco to the Indigo Girls, but taps into the soul-shine rock flavors of artists like Michael Franti and Spearhead, Houndmouth and Edward Sharpe and the Magnetic Zeros. There’s a languid groove riding on rails of electric guitar and Walker’s powerful vocals that’s a direct throwback to her rock ‘n’ roll roots, she said.

“I have always loved rock music and indie rock, and I remember being 15 and just like closing myself in my room and listening to indie rock and alternative rock records and falling in love with the honesty of the lyrics,” she said. “There’s just something about the emotion you can display alongside the music with the lyrics, and when I first started, I didn’t know how to do that just yet. When I put out my first EP, all I could really do at the time was just folk with an acoustic guitar, because that’s what I had been learning to play and listen to.

“But two years is a long time to think about what I wanted to do and sound like, and also to team up with new people and be a little bit more true to what I love, specifically, about music. I write about real things — the stuff I feel, observations I have about the world and relationships, but I also play music anywhere that music happens, and I wanted to create something that was more of an invitation to the conversation. I didn’t want to use music to force people to have a conversation about real things.

“I wanted the tension of having a fun record to listen to, but if you spend some time with the lyrics, you’ll hear there’s a lot going on there,” she added. “I feel very good with where we landed with the sounds of this record.”

It’s a conversation that evolves in the same way that people do. Emotions change, perspectives shift and relationships deepen — Walker sings of those things from her own experience, and the farther she ventures from the hills she still considers home, the more she strikes a balance between the girl she once was and the woman she wants to become.

“A lot of my best friends live here in Knoxville, but we all went to high school together in Maryville, and we talk about these things and where we come from,” she said. “I think, like any person does, you can look back on things and see how they’re different, even as you’re learning about the rest of the world. For me, I’ve just realized it would just be a shame for me to dismiss the love that I come from and the hardworking people I come from and the levels of sacrifice they’ve made over the years.

“I think that’s kind of what art does — it sets people up to have an opportunity to share their perspective and their stories. I think I’m taking a bit more of a broad approach: I’m talking about relationships and life, but also at the same time, I’m still wanting to talk about things where you can just have a conversation with a friend at a table. I just tried to make something that was very human, because I look out at the world and see all these things that try to divide us, and I just believe that we’re a lot more similar than we think we are or than we’re told that we are.

“And I really do believe that if we were to sit down at a table with someone who comes from a different place than us, we would discover commonality,” she added. “I’ve tried to do that with every song on this album, to just paint a picture of a very human experience.”

Kelsi Walker - Care Too Much

PERFORMING WITH: Shayla McDaniel and The Montvales

'You kind of have to follow where music leads you, but wherever that takes you, it doesn’t change who you are. Your home is your home, and your roots are your roots.'