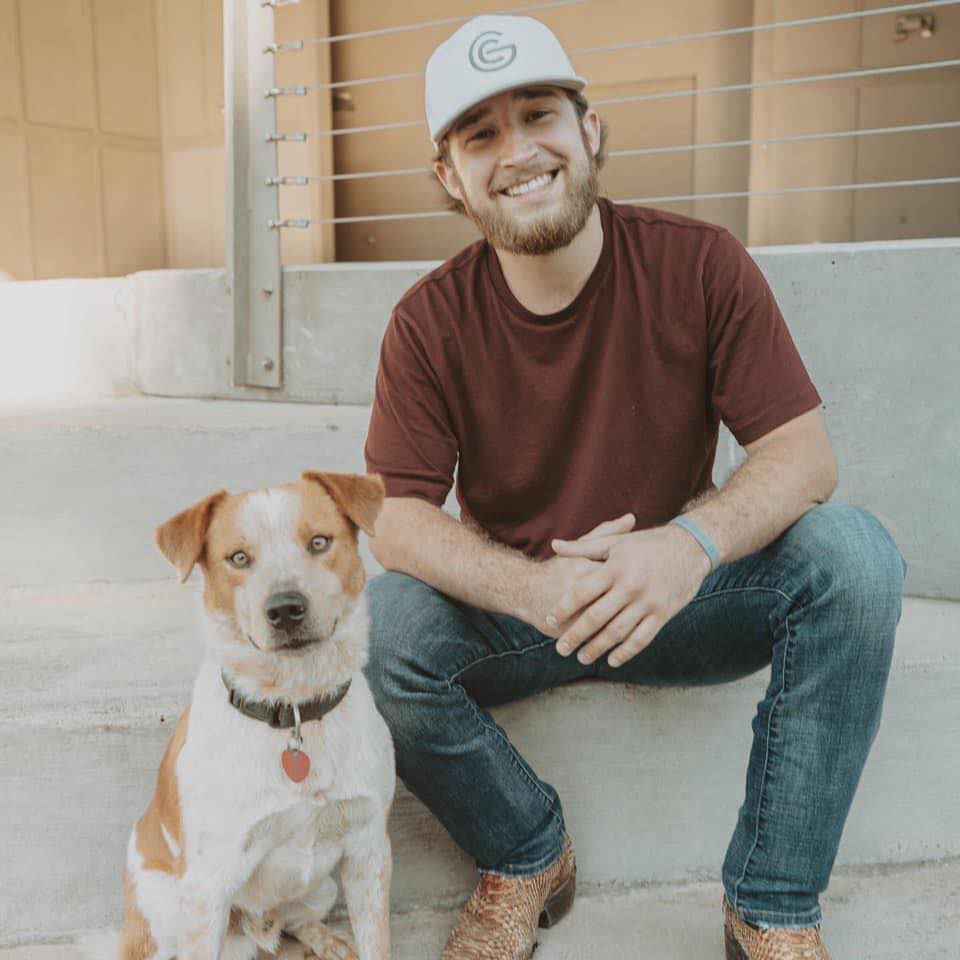 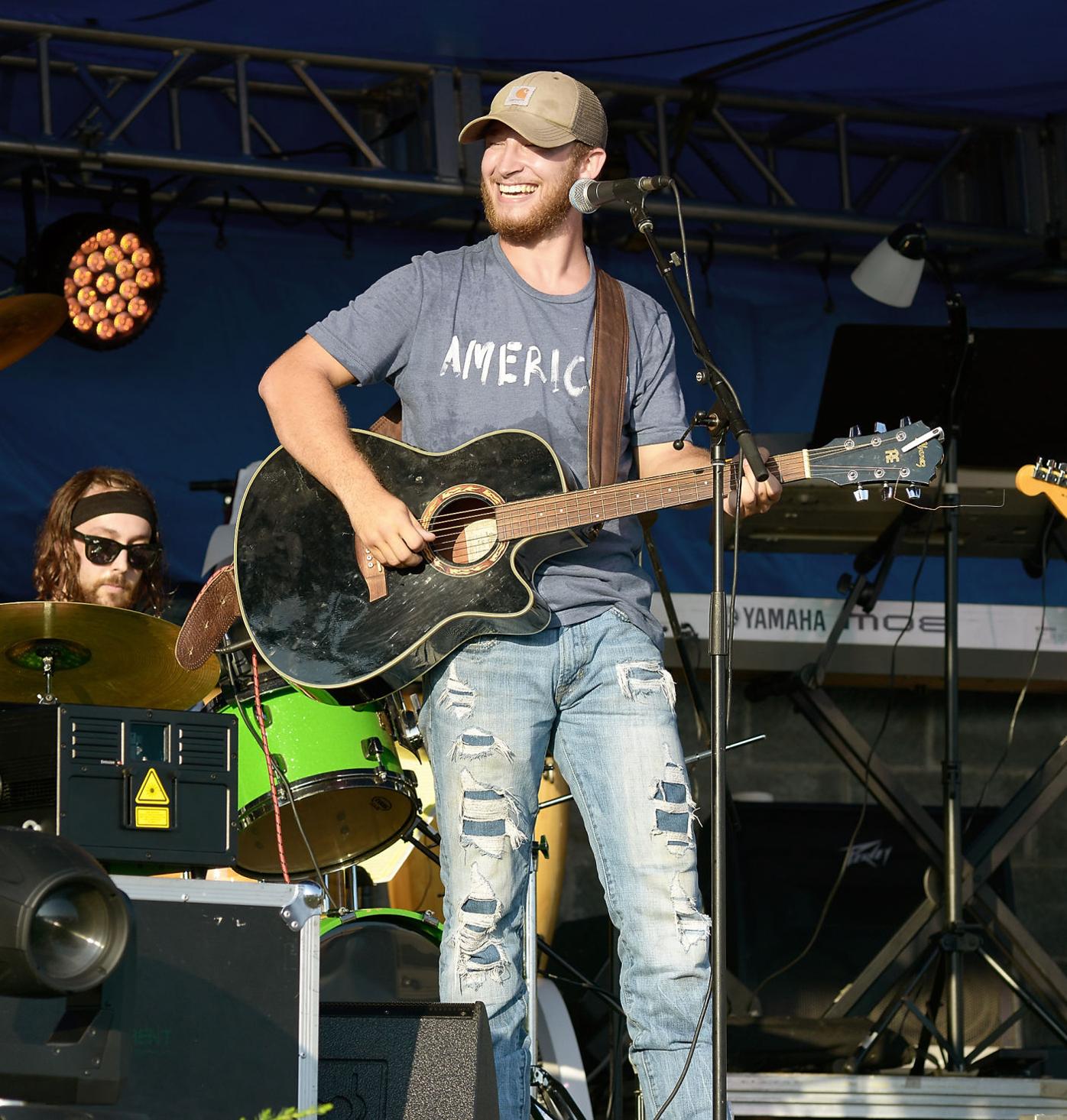 Johno Clayton performs at the 2018 Slimfest in New Midland Plaza in Alcoa.

Johno Clayton performs at the 2018 Slimfest in New Midland Plaza in Alcoa.

In the music industry, 2020 will be remembered as a bleak year, thanks to COVID-19.

Touring has been shut down since March. Venues across the country have closed their doors. Even those that have managed to hang on have gone through lockdowns and mandatory closures that have darkened their stages, leaving artists who depend on steady gigs scrambling to make alternative arrangements to pay the bills. In many ways, most musicians are glad to see it go — but not Johnathen Clayton.

For 21-year-old “Johno,” as he’s known around Blount County, 2020 marked a turning point. It was the year he cut the safety line tying him to a civilian 9-to-5 and took the plunge into making music as a career. It was the year he began making inroads into Nashville, the city that undoubtedly will play a role in his country music future.

It was, he told The Daily Times recently, the year he rolled the dice, and so far, they’re coming up 7s.

“It’s wild, because I’ve gotten more opportunities this year than ever before,” Clayton said. “A lot of people told me, ‘It’s kind of crazy you quit your job (with UPS) in the middle of a huge pandemic! It was a good job, and you were an essential worker, and you were about to go to $30 an hour driving a truck!’ But I did. I just quit.

“I paid my truck off, but there are times when it’s hard. The money’s not always the greatest, especially since we’re hardly playing shows, and I’m at the level right now where I’m not getting paid to write songs. A lot of it is me just feeling my way around, but I’m making it. I’m surviving, and that’s good enough for me. I’m happy right now, man.”

For a guy who’s been through his fair share of tragedy — his father died when he was 4 and his older brother when he was 11 — “happy” has been hard to come by at times, but most folks who meet Clayton would never know it. He’s a guy with an ever-present infectious grin, plenty of glass-half-full optimism and the aw-shucks demeanor you’d expect from a boy raised by a hardworking mama (Belinda Clayton), taken under the wing of a Madisonville songwriter (Randy Woody) and taught about life by everyone from football coaches to farmers to grizzled old bikers.

Every single one of them, Clayton said, had something to pass on. It wasn’t always direct advice; in fact, it rarely was. But the stories they told, and the lives they lived, all became fodder for the songs he pens with grit and heart.

“Because of COVID, I’m not going out and playing as many shows as I used to, but I’ve used that slowdown to make my craft better,” he said. “I’m been trying to write as many songs as I can throughout the week, even if they’re not all good, even if some are just random thoughts. I’ve been paying more attention to the words people say, and I get ideas from just talking to them.

“There’s nothing like going to a bar and sitting down and talking to somebody and having conversations about life. You can talk to one guy about something, then go mention the same thing to another guy, and he’ll have something different to say. And if I can write a song that both of those guys like, and the words I put in it touch them both, then they’ve got something to agree on.”

And that, he pointed out, is what a country and a community more divided than ever needs right now: something to unify instead of divide, and what better thing to do that than music?

After all, music has sustained him throughout his life. He picked up his love of Southern gospel from his grandfather, Roy Sims, and when he was 6, his grandmother, Janice Sims, bought him a guitar and signed him up for lessons. For several years, music took a backseat to sports, but when his older brother, Brently Mancini, was diagnosed with cancer, music became a way to channel his emotions.

Fear. Pain. Heartache. Sorrow. Anger. Love. It all began to find its way out through those strings, and in 2010, he stepped on stage for the first time at “Boogie on the River,” a benefit concert for his brother that would become an annual cancer fundraiser organized by his mother and several of her friends. After Mancini died in 2011, “Boogie” continued for several years, raising money that was donated to other families fighting cancer, but after graduating from Greenback, Clayton tried his hand at college only to come back to Blount County and go to work for UPS.

It was a good job, he said, but one that left him with little time to play music or even practice it. Eventually, he said, he found himself at a crossroads: Keep doing what he was doing and learn to live with it, or take the plunge and pursue his heart’s desire.

“I would tell myself, ‘I’m OK with this; I can be happy with it and do it,’ but it felt like I was just running in place,” he said. “I was throwing boxes and listening to music, and eventually, I realized, ‘I’m so done with this. I’m just not happy right now.’ And it got to where I wasn’t being a good employee. I started booking more shows, and I kept booking them, eventually missing days at work.

“I was just working my ass off, always wishing for a weekend when I could play shows. I would get so busy I wouldn’t touch my guitar for a week or two, and so I quit my job on my 21st birthday.”

It hasn’t been easy, because he’s had to learn to live within his means. He lives in Greenback, not far from his mama, and he gets by on odd jobs here and there and steady gigs at Wild Wing Cafés around East Tennessee, as well as at Ole Red in Gatlinburg. Whether he makes money is dependent on how much he hustles up shows, and when he’s not on a stage, he’s in Nashville, learning with writers in the industry and working to get his foot in the door.

Songwriter Jonathan Singleton, he added — a guy who’s penned cuts by Billy Currington, Gary Allan, Josh Turner, Tyler Farr, Tim McGraw and Luke Combs, among others — have been instrumental in helping him out. He started a correspondence with Singleton over Instagram, and the songwriting veteran was kind enough to offer Clayton some feedback on his songs and his career choices.

“He told me, ‘You’ve got to be present to win down here in Nashville; you’ve got to be down here to meet the people and get your name out there, because if somebody calls you up with an opportunity to come sit in a room and write, you’ve got to be able to drop what you’re doing and go down the road and do it,’” Clayton said. “I put a song up, ‘Far as the Bar,’ and he liked the hook, man. He commented on it, and he helped me get connected with some awesome people.”

These days, he spends more time in Nashville than in Blount County, and the connections he’s made there have led to performance opportunities around the Southeast. His truck odometer, he added, shows he’s driven roughly 50,000 miles over the past year, playing anywhere that will give him room on stage to play songs like “Takes a Lot of Love,” the wistfully nostalgic country-rocker he released last August that’s received some modest airplay and served as an announcement for more to come.

“I’ve written 40 songs since August with other co-writers, and writing with those older guys, it’s something,” he said. “It’s just so simple, and such good music. I really thought I knew how to write good music, but I learn something new every single time I get in the room or on a Zoom call with them.”

And whether it’s in a writer’s room or posted up at Two Doors Down in downtown Maryville, supporting Woody’s band Southbound, he keeps an open mind whenever he strikes up a conversation with friends and strangers alike. Clayton loves people, and he loves stories, and more importantly, he loves the opportunity to play music for a living. It’s not lost on him that he’s the same age his older brother was when he died, and part of his drive to soak up as much life as possible, channeling it into his music, comes out of a sense of obligation to live for both himself and Mancini.

“I think about life every day,” he said. “I get up and think about life and how I’m going to write a song that’s going to bring people together. It’s wild, because now I’ve got that drive. For a couple of years there, I didn’t. I had no ambition, nothing. Now, it’s stressful at times, and it gets to you, but I wouldn’t have it any other way.

“If it doesn’t work out, if everything goes south, I’ll come back to Maryville and go to work. I’ve never been scared of work, but for right now, if I can write a song and bring people together, then that’s what I want to do.”