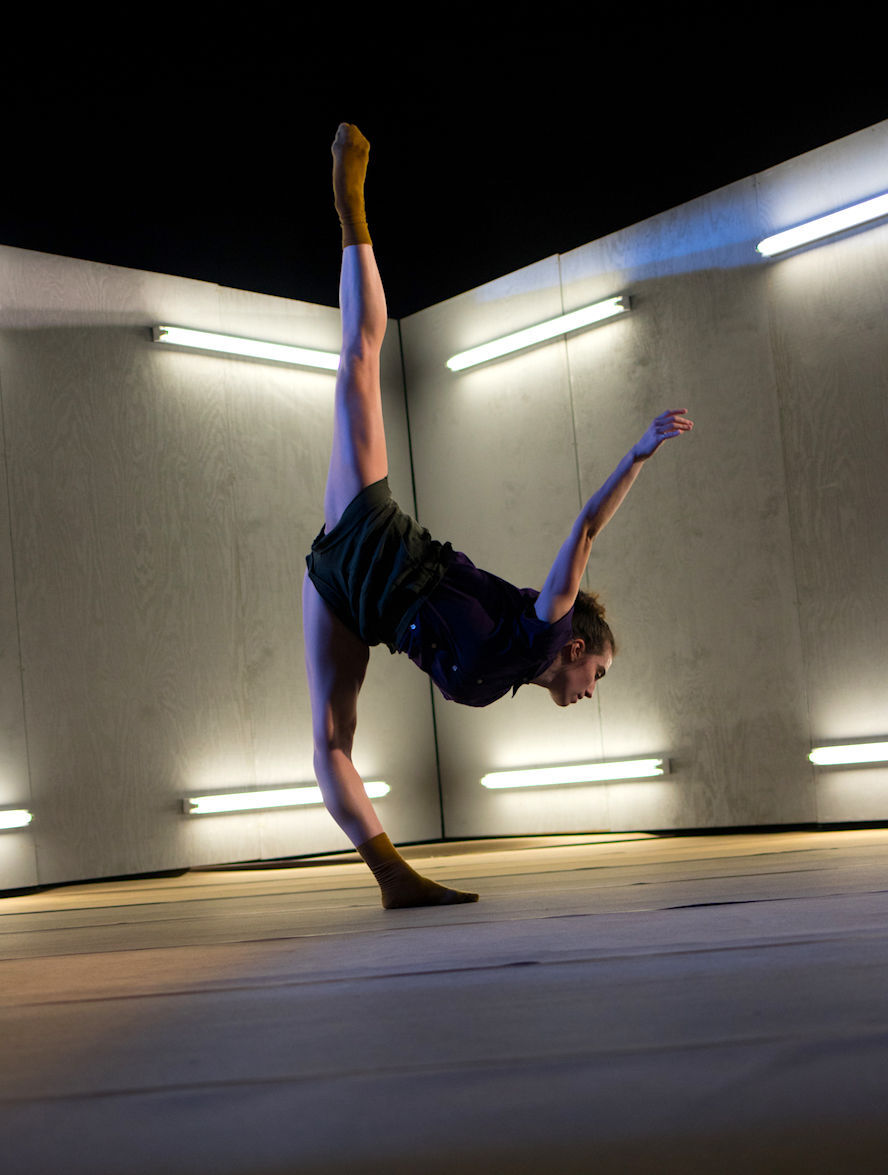 Laura Morton dances in Ana Maria Lucaciu’s “Long Ago and Only Once” for Terminus Modern Ballet. 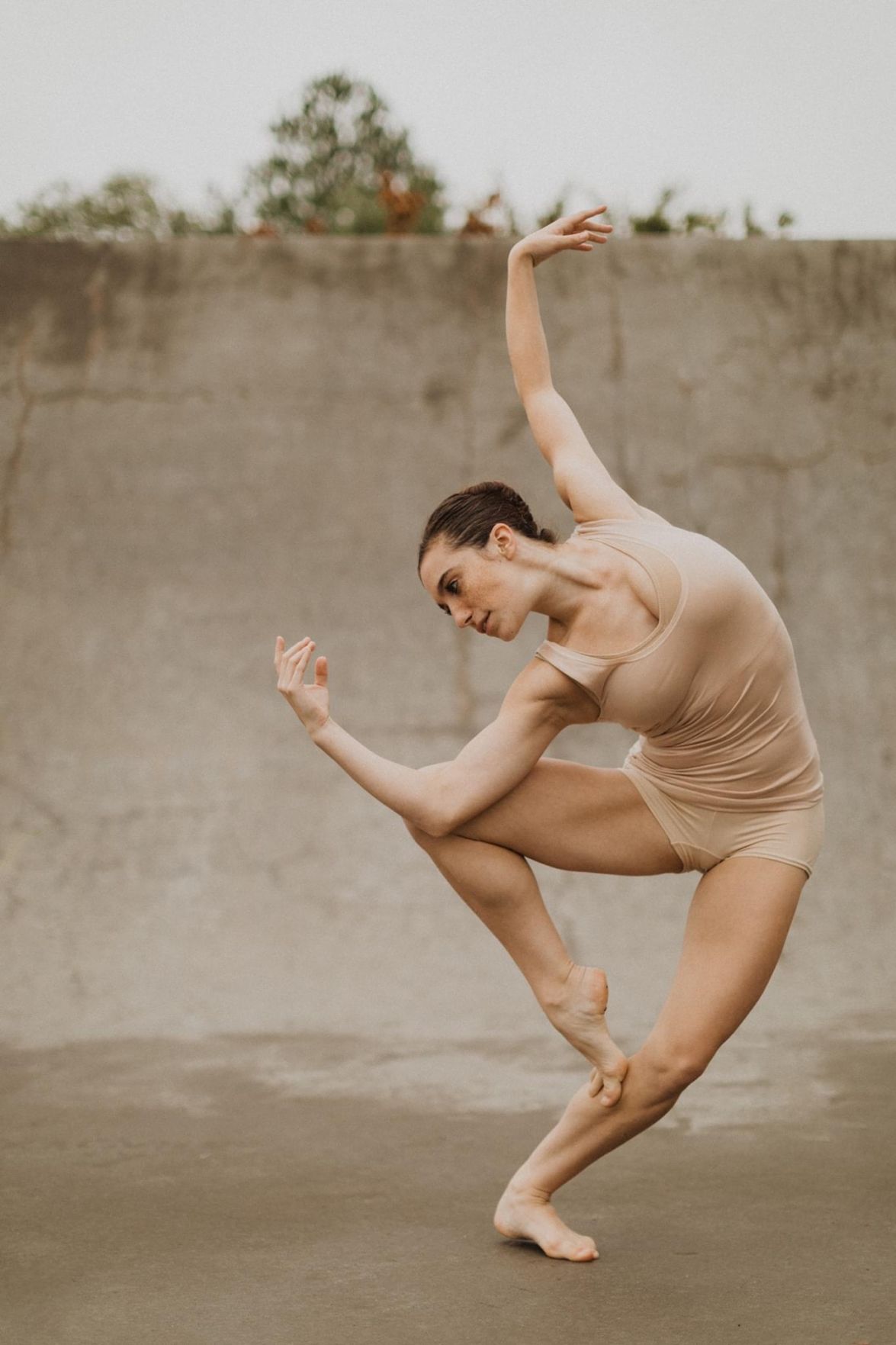 Laura Morton dances in Ana Maria Lucaciu’s “Long Ago and Only Once” for Terminus Modern Ballet.

The sound of barking dogs drifts across a crackling cellphone connection as Laura Morton, three hours south of the town that gave her a start as a dancer, eagerly checks her mailbox.

The 23-year-old, who lives in Atlanta where she’s a rising star in the city’s contemporary ballet scene, is disappointed, but only slightly so, that the latest issue of Dance Magazine didn’t arrive. The content of the publication won’t change, and she’s already privy to this month’s centerpiece story: “25 to Watch” for 2021, the magazine’s “annual list of dancers, choreographers and companies poised for a breakout year.”

Although they’re not ranked in any order of importance, the No. 2 dancer on that list is Morton herself. Back home in Blount County, where her mother, Amy Morton Vaughn, serves as artistic director of Appalachian Ballet Company — the troupe in which Morton began dancing not long after she was old enough to walk — news of the feature spread fast when it was published on New Year’s Day, and for good reason:

Dance Magazine is to the dance world what Variety is to the film industry, or Rolling Stone is to rock ’n’ roll. It’s a niche publication, certainly, but for those who make their living through movement, landing on the “25 to Watch” list is a great honor indeed.

“It’s kind of like the central publication for us as dancers, so it feels like it’s sort of like The New York Times or the Vogue of the dance world,” Morton said. “Dance Magazine is everything professional — performances that are happening, advice interviews, everything. I’ve always read it, and I always looked for the ’25 to Watch’ ever since I was young, but I never knew how it worked.”

The way it worked, for Morton at least, is that Cynthia Bond Perry, a preeminent fine arts journalist who writes for a number of Atlanta-based publications, was familiar with Morton’s talent since she first landed in Atlanta as a fellowship student with the city’s namesake ballet company.

She nominated Morton, Dance Magazine agreed and last fall, Perry spent several hours interviewing Morton for the blurb. “Morton is gaining traction in Atlanta’s contemporary ballet scene as quickly as the troupes themselves,” Perry writes, which is quite the compliment for a dancer who grew up as the youngest member of a dynasty that often felt as if it cast a long shadow.

“When I was young, I was convinced that I would not be the dancer of the family; that dancing was Kylie’s gig (Kylie Morton Berry, her older sibling, is the dance mistress of Appalachian Ballet and one of its principal choreographers and soloists),” Morton said. “For a long time when I was pretty young, I wanted to be an author. And then during my sophomore year at Maryville High School, right before I moved away, I performed the lead in ‘How to Succeed in Business Without Really Trying.’

“That’s when I thought, ‘Oh, maybe I want to do musical theater! I could sing, I could dance, I could act; maybe I’ll go and be on Broadway!’ So that was sort of a background dream for about a year.”

At Houston Ballet’s Stevenson Academy, in which she enrolled at 16, she discovered that her Appalachian Ballet background prepared her well for the rigors of professional training — but it also showed her just how much harder she had to work. Not that she was a stranger to giving her roles everything she had — but as the artistic director’s daughter who rose to a position of prominence when Berry left Blount County to dance professionally, she also had some “amazing opportunities,” she added.

“Tinkerbell in ‘Peter Pan,’ getting to perform difficult roles — at least for me at the time — at a young age, I was learning how to hold yourself on stage, how to be able to not just be in the background or want to blend in with the background,” she said. “Even if I was in the corner as a snowflake, I was going to be the best damn snowflake I could be! Everything made me feel like I wasn’t small, or that I didn’t have to fit myself in a box.

“And I think I carried that with me in the dance world. Appalachian Ballet Company wasn’t a competition; it was very much a community and a family, and I think that also helped me maintain a love and appreciation for dance and the arts as opposed to coming in and bulldozing the other dancers down just to be seen. I just wanted to dance and perform and learn.”

In Houston, she improved her classical repertoire, but within a couple of years, she auditioned for Atlanta Ballet’s Fellowship Division, the organization’s second company, and was accepted; for the next two years, she served in an understudy capacity to the main company and performed in secondary works, until she was asked to join. She landed several main company roles and was a featured soloist in many of them, learning a lot from her predecessors and absorbing technique and knowledge through visualization.

“All of the sudden, I was seeing this company doing everything I wanted to at the time — contemporary ballet works — but they still had some theater involved in what they were doing, and that’s when I realized, ‘This is the place I’m supposed to be,’” she said.

Today, her work with Terminus involves more contemporary ballet. She and her fellow dancers bring their ballet backgrounds to the stage, where it’s augmented by storytelling elements that are fresh and new, or reinvent old classics. Example: A recent retelling of Dickens’ “A Christmas Carol” titled “Marley Was Dead to Begin With,” in which the focus was on Scrooge’s deceased peer, Jacob Marley. Morton had the starring role, and it was as much of a theatrical production, albeit a COVID-safe digital one, as it was a dance, Morton said.

Today, she teaches younger students for Terminus, and with the dance company staibdance, she gets to explore contemporary routines that have very little to do with ballet.

Her fiancé, James La Russa (the two are planning an October wedding in Walland) is also a dancer with the company, and while the pandemic torpedoed the troupe’s tour plans, she’s been a member since 2018 after studying two summer intensive workshops in Italy, which she attended on scholarship.

Some days, she said, it’s difficult to believe how far she’s come, and her varied dancing is now compared to the expectations her younger self had as an Appalachian Ballet dancer.

“I always assumed I would be in a ballet company, always wearing my pointe shoes and doing classical work, but I veer more away from that day by day,” she said.

Whenever she craves a return to her roots, however, she’s always welcomed back home in Blount County, where her mother and sister put her to work as a guest dancer and choreographer for the ballet company that gave her a start. That COVID-19 forced the cancellation of the organization’s long-running “Nutcracker” holiday performances was disappointing, but knowing how much those shows meant to young dancers who are mirror versions of her younger self made it even more so, she added.

“I was hurting for the rest of the company,” she said. “That’s a hard thing to process even as a professional, because 2020 really put a weird pause on what was happening, especially in the arts and for those of us who thrive and live off of audiences seeing us and coming to watch us perform. That all went away, and it sort of feels like you’re trying to latch onto what comes next, even though we don’t know what that is.

“I hope that live theater can come back in a safe and exciting way in 2021. I think the year holds a lot of healing and more growth and hopefully more performances again. I hope that for Appalachian Ballet, and I hope I’m able to come back and choreograph and teach and be able to see their smiling faces as opposed to just their smiling eyes.”

The Appalachian Ballet Company is raising funds to produce a spring documentary around the 50th anniversary performance of "The Nutcracker."