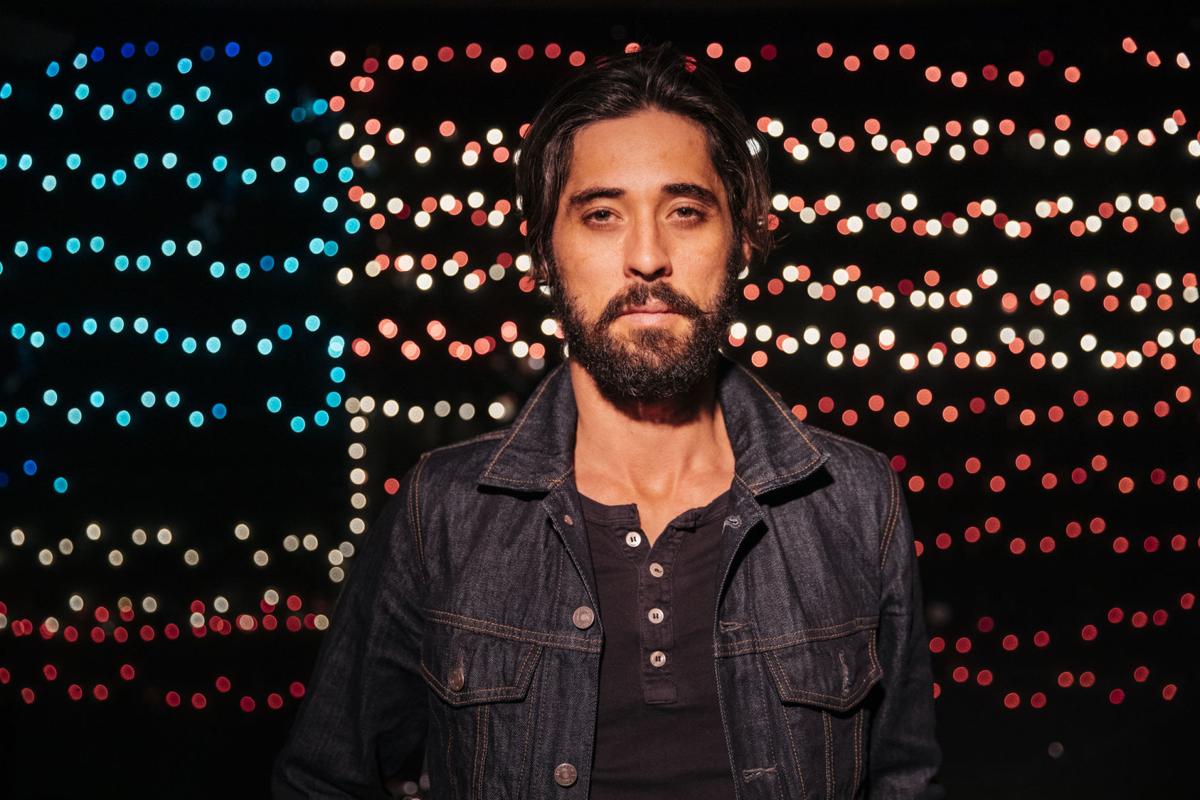 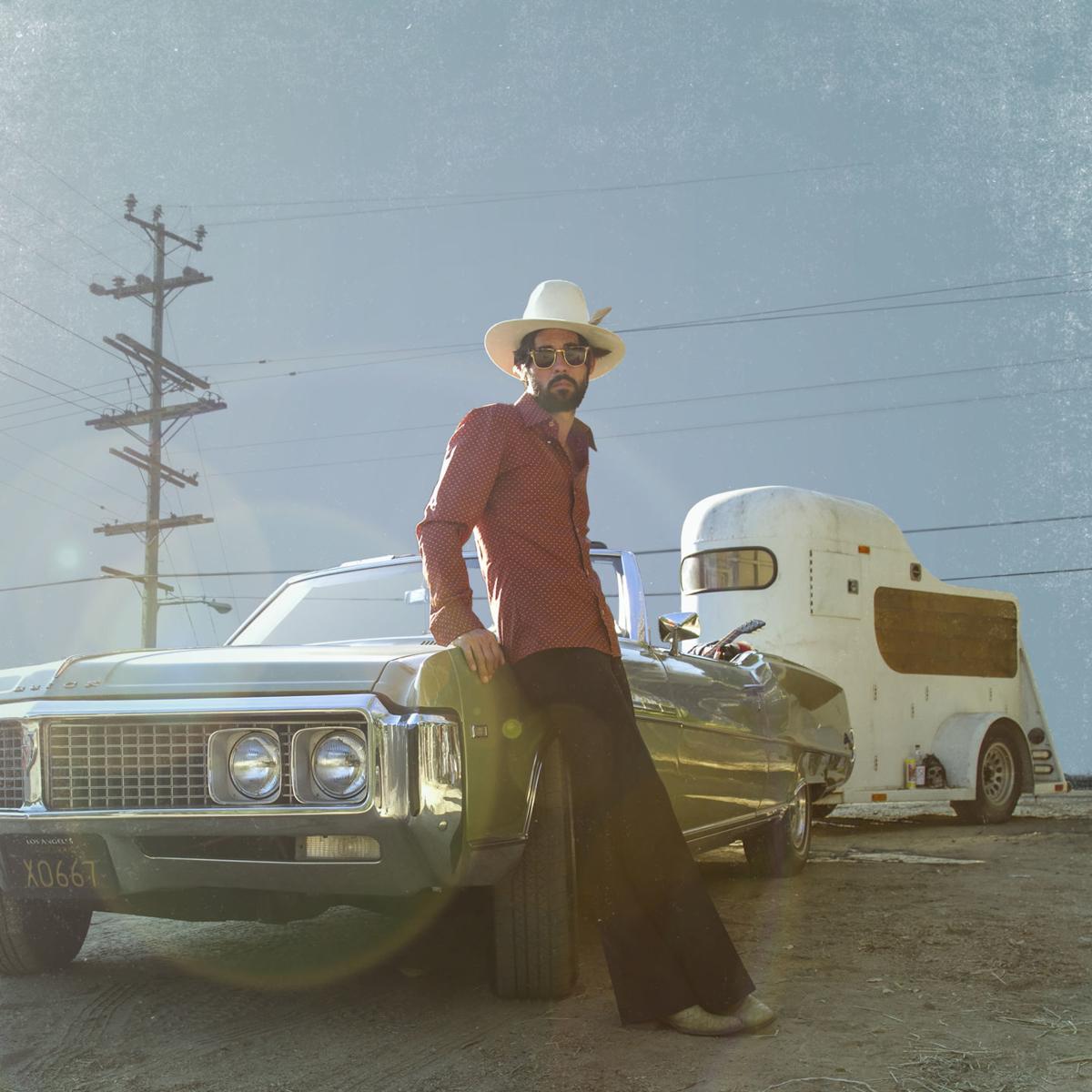 Ryan Bingham doesn’t wish to dwell on the past, but neither does he want to shut the door on it.

The raspy-voiced Americana troubadour, who returns to East Tennessee on Friday night for a headline gig at The Tennessee Theatre in downtown Knoxville, put out a new collection of tunes earlier this year titled “American Love Songs.” Now reaping the rewards of domestic bliss, he seems to have finally stepped out of the long shadows of his own tormented past.

Those ghosts, however, are never far from his mind, he told The Daily Times recently. But the hurt associated with them has lessened, and hope is more often on his mind these days than the pain that once accompanied them so fiercely, especially when he sits down to document what he feels in a song.

“Over the past few years, just in my relationship and family and kids, I feel like I kind of firmly got my feet on the ground, and I’m really comfortable with where I’m at and what I’m doing,” he said. “I’m excited to just be on the road and playing, and I’m really enjoying playing the guitar and singing these songs, working with the band and approaching this thing in a more positive light.”

Raised in rural Texas, Bingham was drawn to rodeos as a kid, eventually competing as a professional rider. Music, however, was something that beckoned: His uncle owned The Halfway Bar, a roadhouse where the jukebox introduced Bingham to Bob Dylan, Bob Wills and the Marshall Tucker Band, among others. The raucousness and wild spirit of those old albums are elements he’s managed to capture on his own works, going back to “Mescalito,” released in 2007 and produced by former Black Crowes guitarist Marc Ford. That record earned him opening slots for the Drive-By Truckers and an appearance on “Austin City Limits,” and with “Roadhouse Sun,” the Ford-produced 2009 follow-up, Bingham cemented his reputation as an old soul whose cracked and tortured vocals give Tom Waits a run for his money in the three-packs-a-day-and-a-fifth-of-Old-Crow department.

It was in 2010, however, that put Bingham on the map. He had a bit part in the film “Crazy Heart,” which won both a Golden Globe and an Academy Award for lead actor Jeff Bridges, but Bingham’s contribution to the soundtrack won equal acclaim: “The Weary Kind,” written by Bingham and producer T Bone Burnett, picked up a Golden Globe, a Grammy, an Oscar and was named the Song of the Year at the ninth annual Americana Music Association Awards. On the strength of that, his 2010 record, “Junky Star,” landed in the Top 20 of the Billboard 200 albums chart, No. 2 on the country albums chart and No. 8 on the Rock Albums chart.

It was, however, a dark period in his personal life in which he was coming to grips with a childhood of loss: His mother died as a result of alcoholism, and his father committed suicide. With every new project he undertakes, he said, he goes back and revisits his older material, and in the new light of his present, he feels both the pain he was in at the time and gratitude that he made it through.

“Going back and working up a bunch of older songs with the band to play live, I revisit that stuff, and man, I just feel like I’m lucky I’m still alive and not in prison,” he said. “Each one of those records is kind of like a diary, in a way, or a journal. When I go back, I see that’s how I was feeling when I was 18 or in my early 20s. Each one is kind of a chapter in my life, and now that I’m almost 40 and got kids and all that stuff, it’s humbling.”

By 2015’s “Fear and Saturday Night,” he had begun to turn a corner. That year, he married Anna Axster, and the couple had their first child that summer. Rather than a collection of cowboy lamentations and regrets, that record was fun and visceral, contemplative and hopeful, brutal and beautiful, and there was a thread of hope woven throughout the songs that hadn’t always been a part of his material in the past. For “American Love Songs,” released in February, he found a way to look at the rougher edges of the human heart from a third-person perspective as well as a personal one, he said.

“I’ve talked to friends and younger guys who write songs about the same things — take a guy like (songwriter) Townes Van Zandt, for example — and gosh, do you have to be that miserable and sad to write something? You have to ask yourself, ‘Is it really that worth it?’” he said. “I always had that outlook before, but it’s kind of an example of what not to do. I can write about those things by having empathy, by putting myself in those shoes. I can go volunteer at a homeless shelter or an orphanage and experience that pain that other people go through without having to go through those things myself.

“I’ve always kind of approached it like that, and I try to focus on being happy. I never felt like I wrote a really good song when I was really drunk or (messed) up on dope, and I don’t encourage that, for sure. I write better in the mornings, when I’m having coffee and have clear thoughts and I’m in tune and all that stuff.”

That approach, he added, yielded dividends that feel more confident. He’s not a grizzled old-timer, by any means, but neither is he the younger man trying to find his way in the world with a bottle in one hand and a guitar in the other. If anything, he added, he’s trying to give a little guidance — not to the kid he was once, necessarily, but to others following in his wake.

“I feel like the role has changed, and the focus has been on being a better role model for younger kids out there, growing up in small towns like I did who don’t have a lot of opportunities or options,” he said. “I don’t know exactly what’s happened over the past few years. Maybe it’s growing up? Feeling less insecure and more comfortable in my skin? Or maybe it’s standing my ground with certain opinions on political or social issues.

“I feel like it’s time to make a stand, to say what’s on your mind and stick to it. With this record, I actually sat down and drew this road map of all the different places I’d lived across the country, the characters I met growing up, the things going on in the world together, and tied them all together in a way. There’s a thread there, and I’m pulling off of all those influences, for sure.”

That maturity has served him well in other areas of his life as well: He recently finished up his second season as Walker, one of the ranch hands on the Paramount Network show “Yellowstone,” a Western soap opera starring Kevin Costner. Bingham met the show’s creator, actor and writer Taylor Sheridan, several years ago; the latter asked the formal to contribute songs to one of his movies, but nothing ever materialized. When Sheridan set “Yellowstone” in the West, he asked for Bingham’s contributions again, and when he discovered Bingham’s ranchland upbringing, he created the part for him.

“He told me, ‘If you do good, I’ll keep you in it. If you suck, we’ll kill you off,’” Bingham said with a laugh. “He wrote my character around my tour schedule and let me get my feet wet and see what it’s all about. I’ve really enjoyed the acting stuff, and there’s no telling where that’s going to go, but I’ve really been working on playing the guitar lately.

“Before, writing songs was really the main focus. I played pawn shop guitar, in that I knew three chords and would bang it out, but working with Charlie (Sexton, co-producer of “American Long Songs”) and really sitting down with him and kind of becoming a student of the blues, going back and studying some of these old players, has got me really digging deep and playing a lot of guitar. Next year, I want to do an album that’s all acoustic, just me and a guitar and ballads and story songs.”