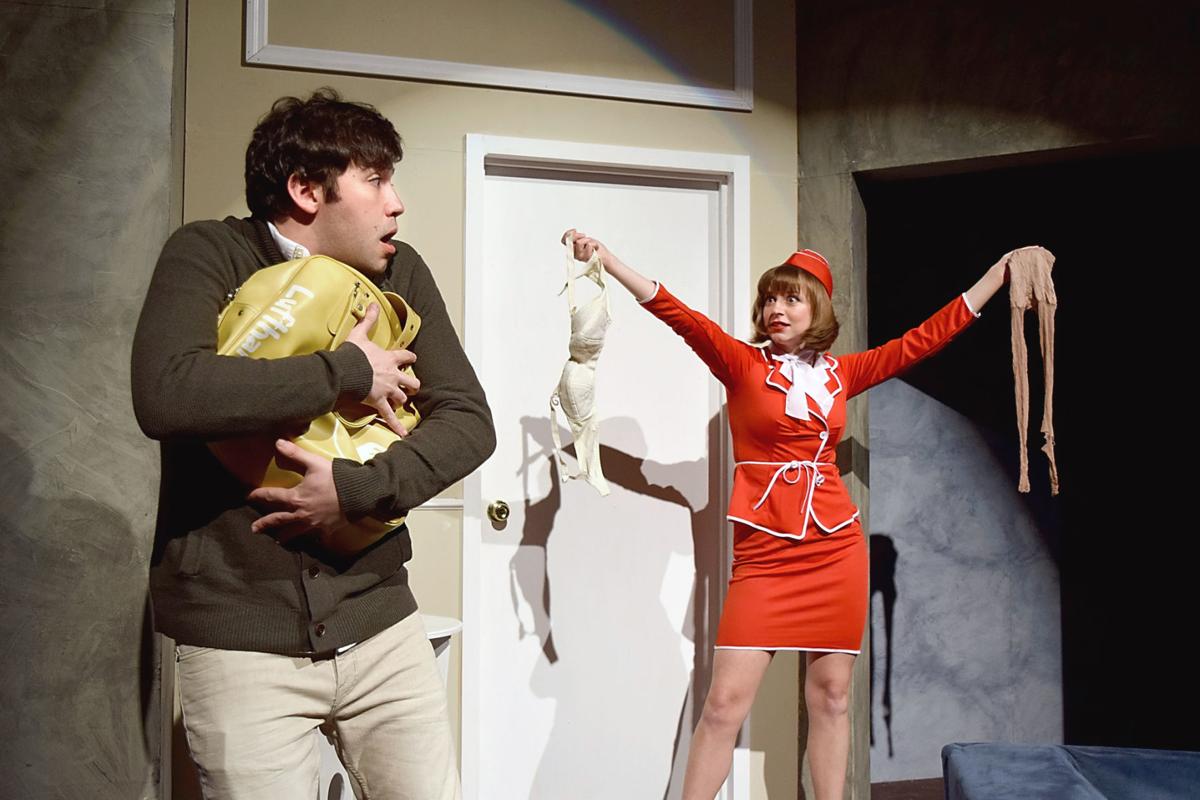 Lenny Lively (left) and Lexi Douglas rehearse a scene from “Boeing, Boeing,” which will premiere on Thursday, Feb. 21, at the Clayton Center for the Arts. 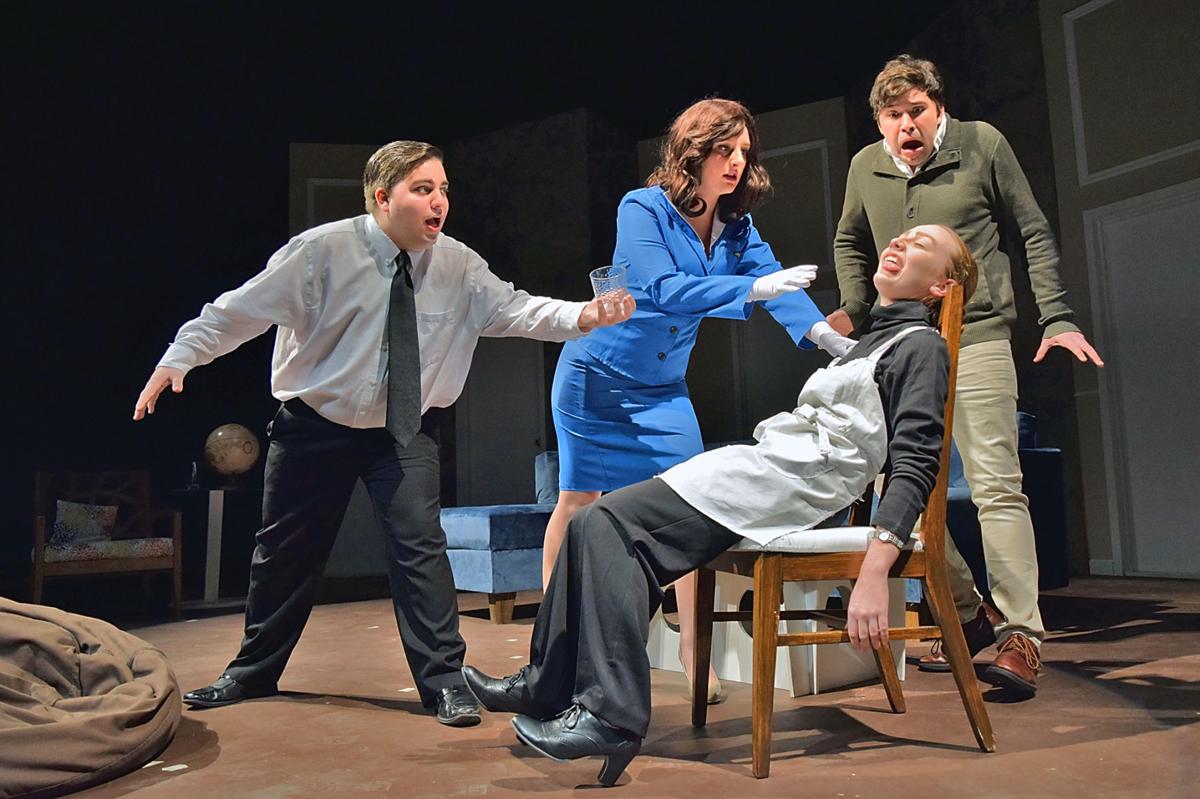 Cameron Freshour (from left), Bailee Burleson, Lenny Lively and Lily Potter are part of an ensemble cast of the French farce “Boeing, Boeing,” the latest production by the Maryville College Theatre Department. 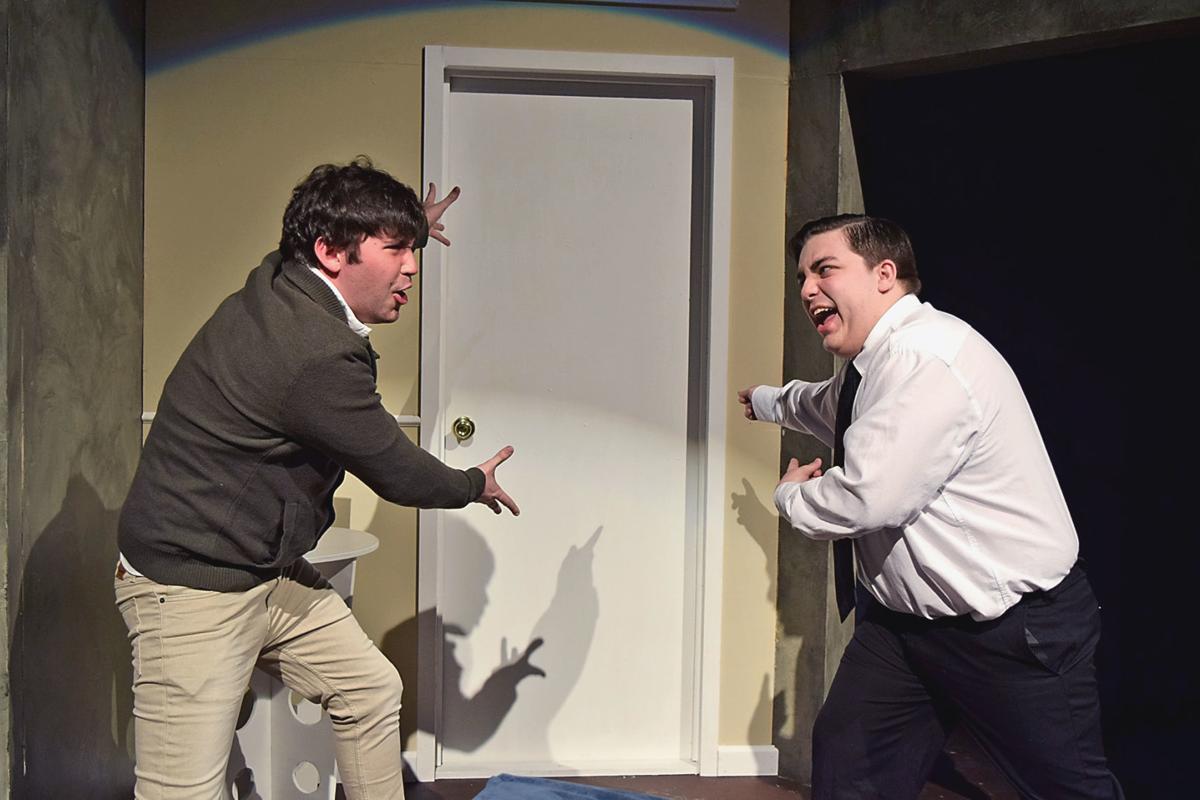 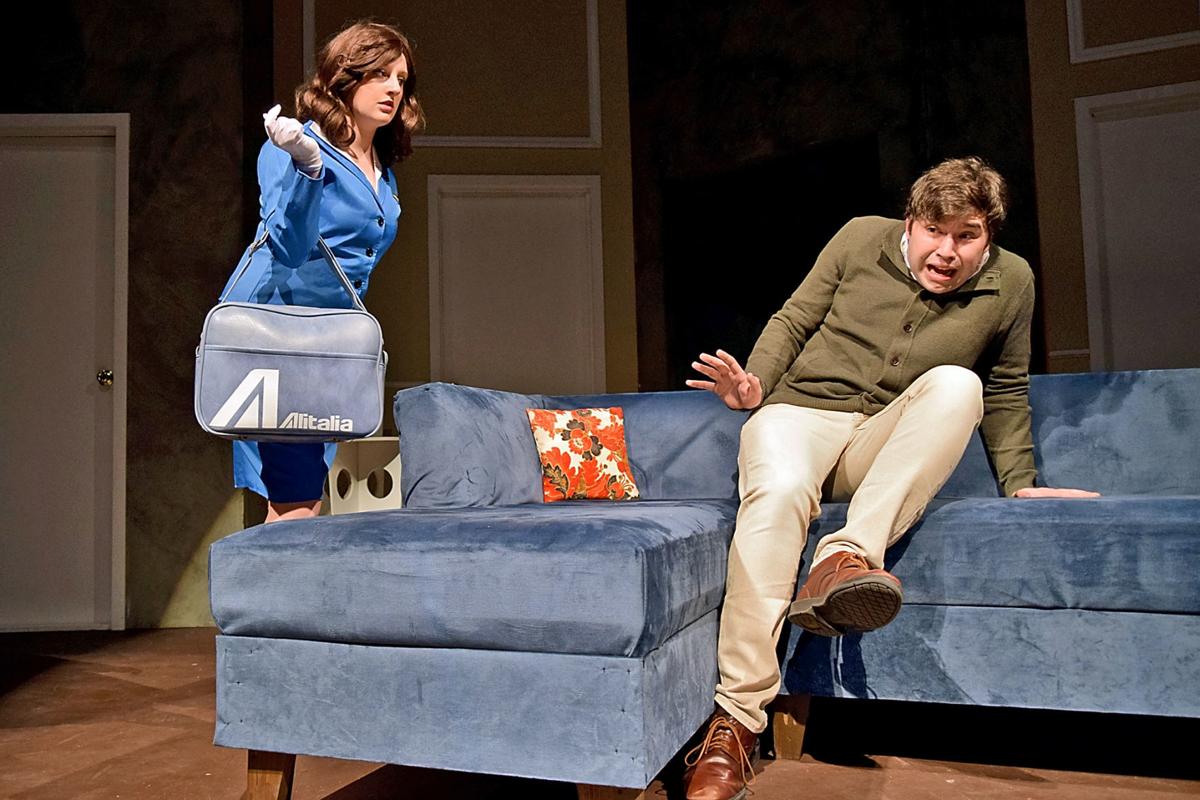 Lenny Lively (left) and Lexi Douglas rehearse a scene from “Boeing, Boeing,” which will premiere on Thursday, Feb. 21, at the Clayton Center for the Arts.

Cameron Freshour (from left), Bailee Burleson, Lenny Lively and Lily Potter are part of an ensemble cast of the French farce “Boeing, Boeing,” the latest production by the Maryville College Theatre Department.

A general rule of thumb for the students of Heather McMahon, associate professor of theater at Maryville College, is to avoid the film adaptations of the works they stage regularly at the Clayton Center for the Arts.

In some cases, it’s unavoidable. Last spring’s production of the musical “9 to 5,” for example, couldn’t escape its cinematic roots, and the roles made famous by Dolly Parton, Jane Fonda and Lily Tomlin almost required a theatrical nod from their on-stage counterparts.

“Boeing, Boeing,” however, is another matter entirely. Despite the A-list cast (by the standards of its release year, 1965) — Tony Curtis, Jerry Lewis and Thelma Ritter —the movie, which was developed out of the French farce that first premiered five years earlier, is something of a dud, McMahon told The Daily Times recently.

“After I picked the show and read the play and committed to doing it, then I ordered the film, and I didn’t like it!” she said. “One of the problems with it, I think, is that they destroyed the timing of it. The play takes place all in one day, and all in one room with seven doors, so there are lots of places for entrances and exits and slamming doors, and that’s what makes it so frenetic and chaotic and funny. With the film, they set it in multiple locations and expanded it in space and time, and this time for the worse.

“With Tony Curtis and Jerry Lewis, they had great actors and great physical comedy, so that part was good, but for what we’re doing, I wanted to stay true to the original script. I think it offers the actors so many opportunities, and this is one reason I never encourage them to watch the films these works are based on. In this case in particular, I don’t want them copying somebody else’s version of their roles.”

Written by Marc Camoletti, “Boeing, Boeing,” according to the play’s synopsis, “follows the hilarious misadventures of Bernard, a bachelor who desperately attempts to balance love, life and the air-speed velocity of the latest Boeing jetliner.” Originally written from a French perspective, the 2008 Broadway revival reframed the character as an American expatriate living in London, and that’s the path McMahon has chosen for her adaptation.

As a congenial Lothario, Bernard has three different girlfriends, all of whom are stewardesses, and all of whom enter and exit his life based on the different flight schedules. The play focuses on what happens when Robert, Bernard’s nervous pal, comes to stay, the flight schedules get delayed and everyone winds up in Paris at the same time. It’s a farce, which is a particular style of comedy that translates well to a live performance, McMahon said.

“It’s a particular kind of comedy that relies on a lot of physical humor and a lot of fast-paced timing, often times with a ridiculous premise,” she said. “I think of it like (the old TV show) ‘Three’s Company,’ because it’s a lot of slamming doors, people running in and out of the room and narrow misses because somebody’s trying to hide one girlfriend or boyfriend or several of them from somebody else.”

After last fall’s ambitious and serious “Metamorphoses,” McMahon knew she wanted something lighthearted for the spring, and a farce seemed to be a logical choice because it’s been a while since one was staged by the MC Theatre Department.

“I just started searching for scripts, and what I quickly realized in reading them is that most are very male heavy with few roles for women,” she said. “Unlike every other theater department in the world, we have the opposite problem, and ‘Boeing, Boeing’ was one of the only ones with more roles for women. Once I started researching it and reading it, I realized, ‘This is funny!’

“It ran for ages in France and Britain, and it had a short run in the ’60s on Broadway, but it wasn’t very successful. But it had a much more successful revival maybe 10 years ago, a good run with some big names, and it’s had some notoriety since then.”

The play blends both cultural and anachronistic elements — set in the “Swinging ’60s,” the time period and the Parisian background lend themselves well to a time when Don Draper’s debonair style often overshadowed his misogynistic tendencies. It’s a delicate balancing act telling the story of a character like Bernard in the #MeToo age, but the script is careful not to paint him with a one-dimensional brush.

“I think Bernard has to be kind of lovable; the audience has to see that he’s not a bad guy, but maybe made some bad choices, and by the end of the play, the women are fine — because that was important to me, too,” she said. “The interesting thing to me, because farce is so physical, is that the actors approached the characters so that the physicality each has changes over the course of the play, and we use that to show how they’re feeling.

“For example, in the beginning, Bernard is this super-confident, almost overconfident, bachelor, but he’s the one who actually freaks out when things go awry. Whereas Robert starts out very nervous and uncertain but comes into his own.”

The female characters play to stereotype as well, but that’s not meant as an insult: If anything, good comedy does that well, she added.

“The Italian, Gabriella, is this very sultry, very sexy, kind of Sophia Loren character; the American is this very perky, confident, almost aggressive character; and Gretchen, the German, is very dramatic about everything and takes everything seriously,” McMahon said. “The nice thing is, it’s kind of a stretch for all of the actors, and all of them found it funny and absurd.

“Honestly, in trying to figure out their own characters, I think they’ve come to understand that these aren’t bad people, and they aren’t so different. These are young, single people who are just having fun and figuring out what they want out of a relationship and each other. It’s all really exaggerated, of course, but it’s not so different from where they are as college students.”

The roles are physically demanding, given the nature of farce, but it’s been a pleasant change of pace from the stoic seriousness of “Metamorphoses,” she added.

“That was beautiful, and they loved it, but sometimes it’s nice to let our hair down and just be wild and crazy,” McMahon said. “I think that if you relax on that end of things, the audience will come along with us. Of course, every play has a message, and it’s important to me that this one doesn’t leave the women out and that they’re OK in the end, but it’s also just funny and light.”

WHERE: Flex Theatre at the Clayton Center for the Arts, 502 E. Lamar Alexander Parkway, on the Maryville College campus

HOW MUCH: $10 adults/$7 seniors and students