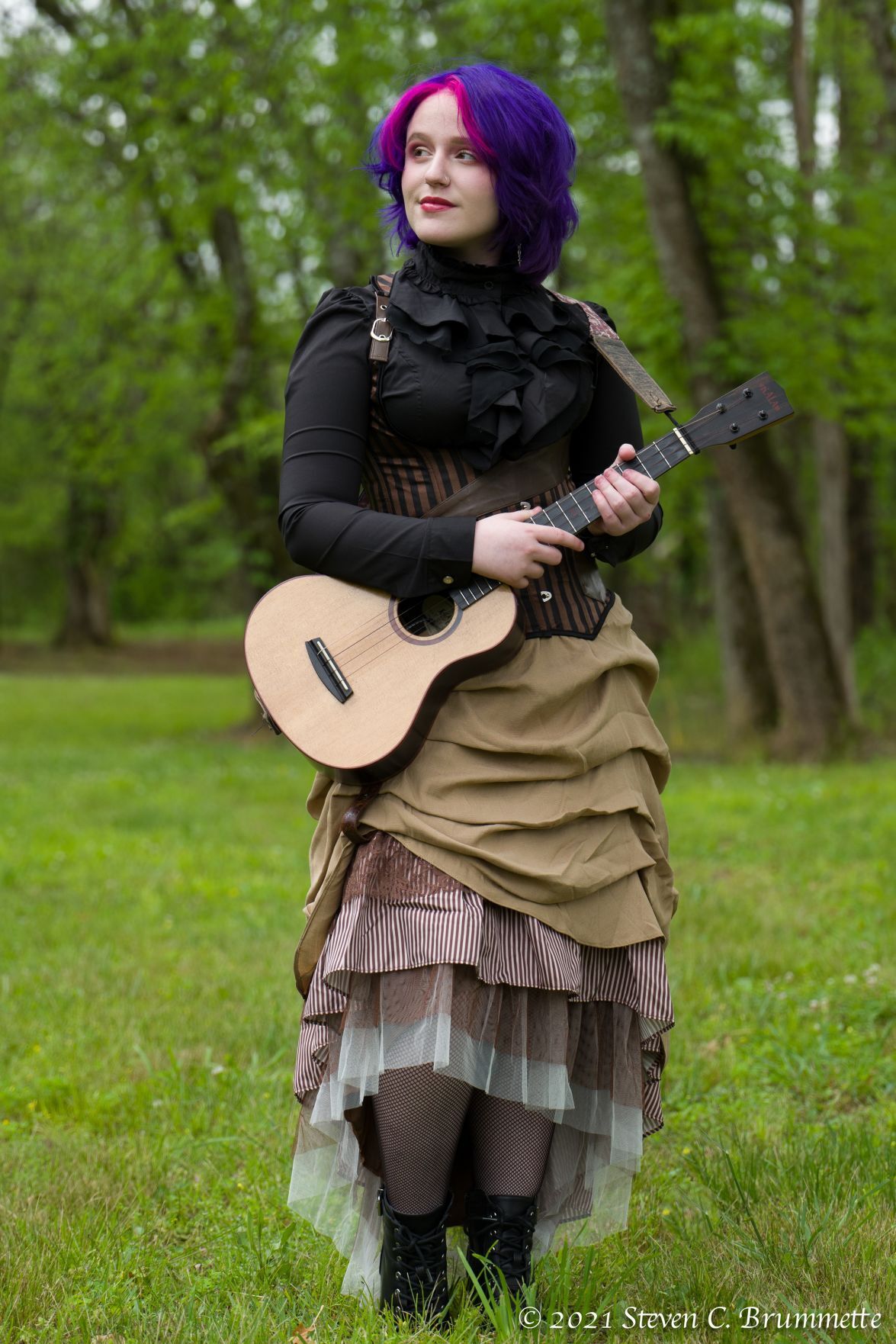 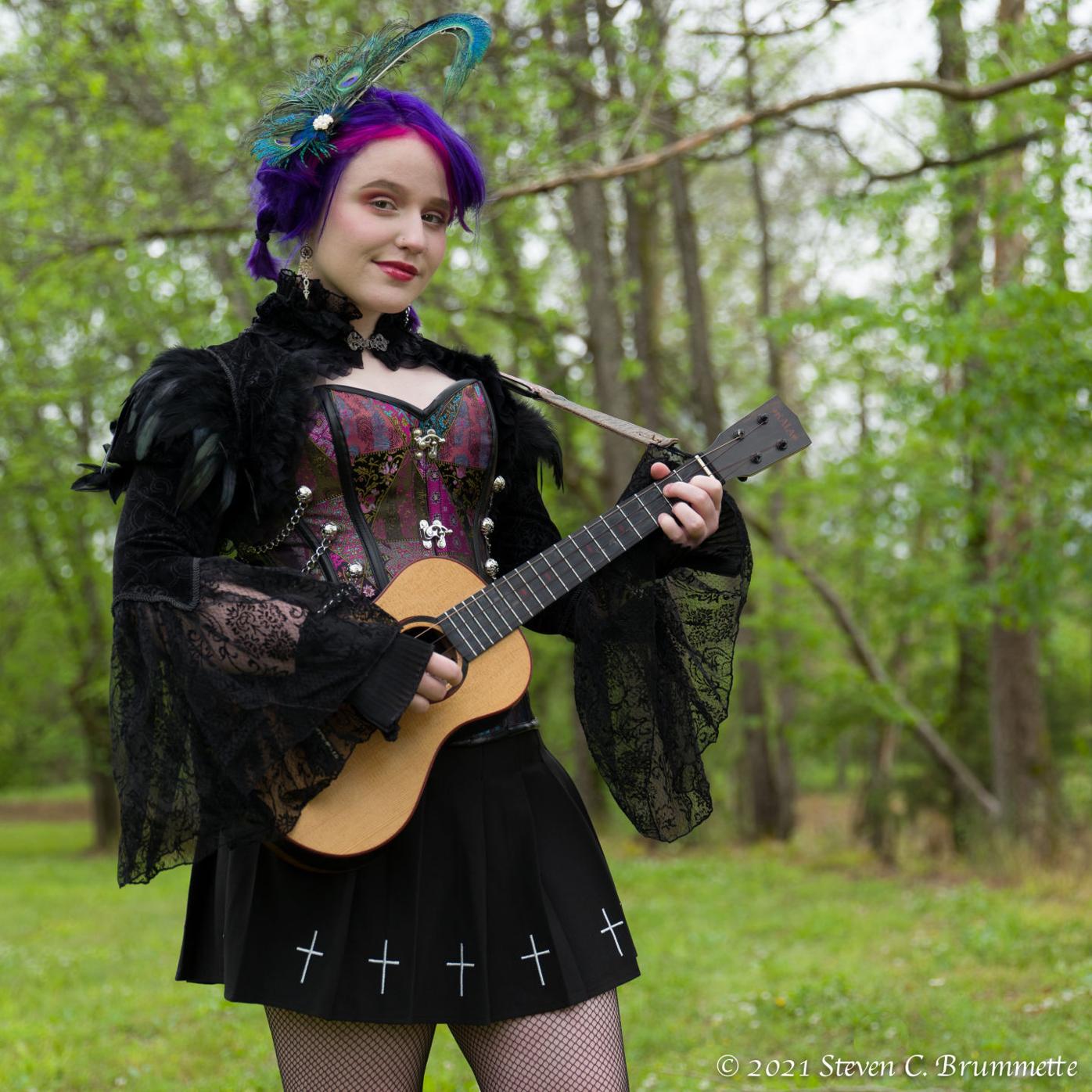 EmiSunshine will release her new album, “Judgment Day” in August. 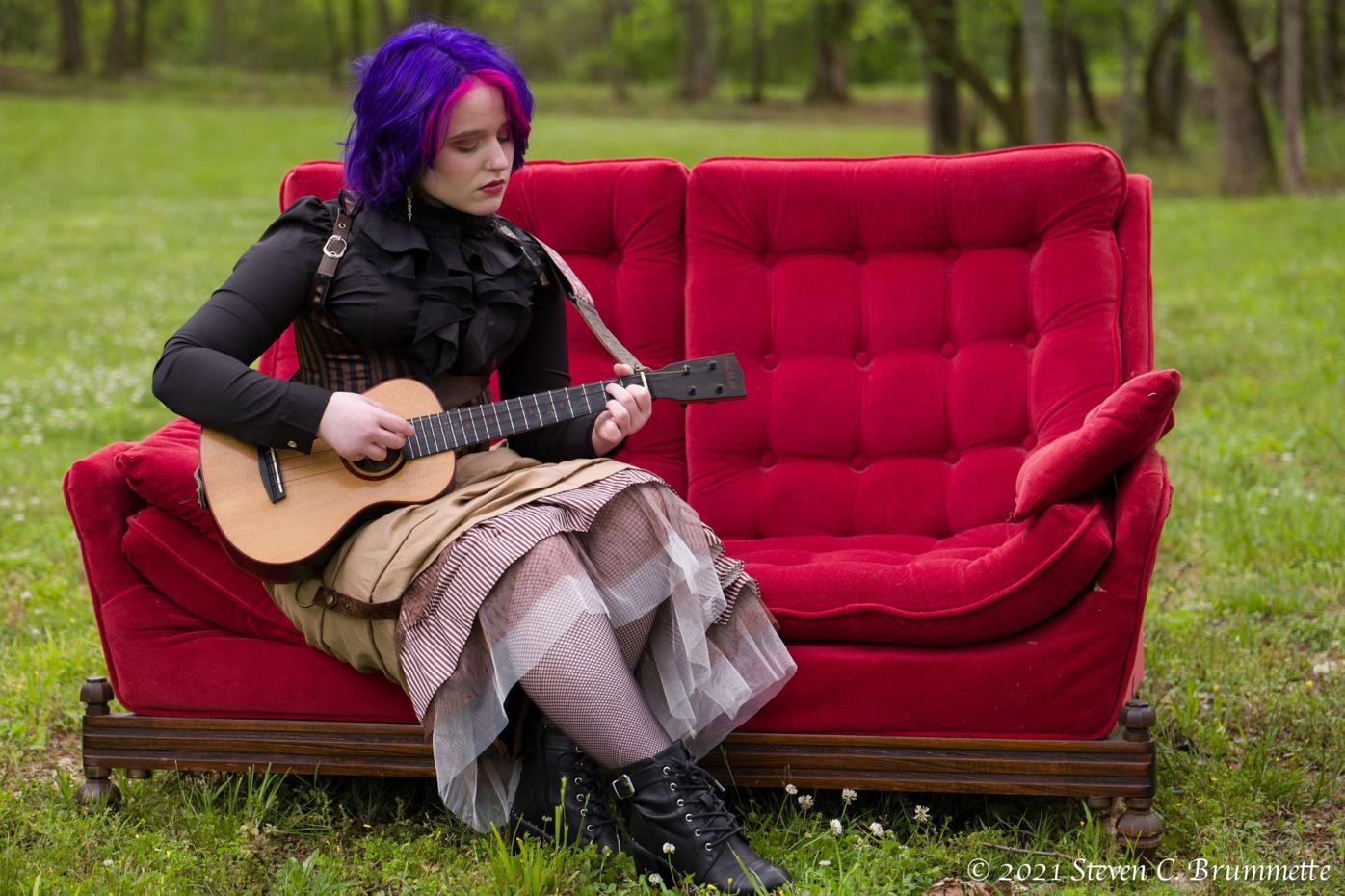 EmiSunshine played Friday at The Open Chord in Knoxville.

EmiSunshine will release her new album, “Judgment Day” in August.

EmiSunshine played Friday at The Open Chord in Knoxville.

It’s been almost a decade since Madisonville’s Emilie “EmiSunshine” Hamilton did her first interview with The Daily Times, as an 8-year-old wunderkind whose mighty vocals on stage eclipsed a shyness off of it that kept her speaking voice to a minimum.

At the time, she was preparing for a show at the Rock and Metal Academy, located in New Midland Plaza — only back then, it was called the Maryville Rock Academy and occupied one of the homes above Maryville High School. That was before the video of her performing at a Sweetwater flea market went viral, before the “Today” show booked her as a guest, before she was thrust into the national spotlight as a collaborator, peer and opening act for some of country’s biggest names, up to and including Loretta Lynn.

That little girl will always be a part of her story, but last month, Hamilton turned 17. She answers the phone for this most recent interview — to promote her upcoming show on Friday at The Open Chord in West Knoxville and her new album, “Judgment Day,” scheduled for release next month — with the confidence of a young woman, one who’s performed on the Grand Ole Opry stage more than a dozen times. Her parents are still heavily involved in her career — her father, Randall, is her bass player, and her mother, Alisha, is her songwriting partner and manager — but the direction of her career is entirely in her own hands.

And while that may disappoint or even dismay some fans who will always see her as the yodeling pre-teen whose ukulele was almost as big as she was, for the artist herself, it feels like freedom.

“Country music has been a big part of who I am, and that’s awesome, but as a person, I’m just not in that place anymore,” Hamilton said. “I’m creating music that I don’t care about the genre. I want to write about the things I want and not care about where I belong or about labels that don’t even matter. I’m branching out.

“There are some fans, I think, who want to put you in a box and keep you there, and that kind of hurts, you know? Because just like any other person, you want to grow. You want to be able to figure out who you are. I’m a kid, so of course I’m going to grow up and become a new person, because that’s what humans do. But even as artists, I think we should get that opportunity.”

It’s hard to blame her for taking the reins of her art, given its humble beginnings. It was a decade ago when she started getting noticed around East Tennessee, first in her hometown of Madisonville and later around Blount County. Like a lot of child performers, there’s was a certain innocent charm to it all ... until she opened her voice. There’s a power to it that comes from good genes (her great-grandmother, the late Wanda White Mathews, was once an in-demand backup singer for country acts of the 1950s and ’60s) and a love of music inherited from both her parents and her older brother, Johnathon, who plays mandolin in her band.

An abundance of talent got a helping hand, however, in 2014, when a YouTube video exploded, leading her to a “Today” appearance that charmed host Tamron Hall and led to an explosion of opportunities that lifted her up as a rising country star before she even reached double digits. Before she turned 12, she had made her Opry debut and opened for Willie Nelson; in 2017, Rolling Stone named her one of “10 new country artists you need to know.”

Around the same time, however, that tag, and the accompanying trappings of expectations, began to chafe. Her social media accounts, long a place where fans used descriptors like “adorable” and “precious,” began to receive more complaints — never about the music, but always about her outfits, or her hair. Not a lot of them, and those who did make disapproving remarks were quickly trounced and denounced by the legion of supporters who champion her individualism — but it got her thinking about what it means to be an artist: the expectations and the requirements if said artist wants to achieve fame through conventional means like record deals.

Last spring, her appearance on “American Idol” cemented her opinion: Tradition, especially if it kowtows to expectation, is not something she’s interested in.

“I think that experience impacted me seriously, and I remember being there and thinking, ‘If this is what it means to make it, then no! I don’t want this! I’d rather be happy than have to deal with this kind of mess!’” she said. “It’s just not healthy, in my opinion, but I got to meet some great people out of it, and some amazing songwriters and

musicians of all kinds, and I’m thankful for that. They gave me perspective on how I should approach my career, and that perspective is to be exactly who I am, no matter the cost. I mean, I just think that if you’re not being authentic and being true to who you are, then what’s the point?”

Which is why she’s taken advantage of outside-the-box opportunities that raised a few eyebrows along the way — but earned prodigious applause from others who love to see her ... well, shine. Case in point: Last year, she collaborated on the song “Stars” (later renamed “Stargate”) by funk godfather Bootsy Collins, whose work with Parliament-Funkadelic earned him a spot in the Rock and Roll Hall of Fame. Collins extolled her talent, and the smooth grooves of the song served to put fans on notice that “Judgment Day” won’t sound like the Southern gothic Old Time and Americana sounds of her previous works.

She’s not abandoning it completely, but she is opening the door to other styles and genres, and she flitters through a multitude of them on the 12-song collection, from the Fleetwood Mac-inspired sounds of the title track to the ramshackle Grateful Dead shuffle of “No One’s Gonna Change Me” to the swinging soul, replete with horns, of “Tiny Star.” One of the more visceral ones, which she recently closed a WDVX-FM “Big Plate Special” performance, is “Dead Men Can’t Catcall,” a snarling stance against the tendency of some men to objectify women ... and even girls.

“When I was around 13 or 14, I noticed people started commenting on my body, and on anything that I wore, really, and I think when you get to a certain age as a woman, people do that whether you’re in the public eye or not — and it’s very demeaning,” she said. “I started writing it with Fish (Fisher, the album’s co-producer and a songwriting peer) and my mother, and we were talking about how women are treated in this world, and at one point someone said, ‘Well, if they’re dead, they really can’t do that.’

“At that point, I had never been catcalled before, but almost immediately, I got catcalled in my hometown, and it was awful and scary and not fun. For me, I think that song is empowering, because it’s a real problem that women are scared at night to go out by ourselves or be by ourselves because we worry about getting hurt. I wanted to do something abrasive, and if it makes you uncomfortable, then good. If you’re offended by it, it probably means I’m talking about you.”

Needless to say: Meet the new EmiSunshine ... most definitely not the same as the old EmiSunshine. For a great many followers who have been along for the ride since the beginning, it’s a joy to behold.

For others just now discovering her, this newfound fearlessness is admirable. And for the cavalcade of young women and girls who crowded around the stage recently at Barley’s Knoxville to watch her perform with wide-eyed adoration, her commitment to principles is inspirational.

“I think it’s not as important to be a star as it is to be a good person, and to talk about what you want to do and talk about your thoughts,” she said. “I was always told as a child, ‘Don’t get into anything that could hurt your career or might offend people! You want to make everybody happy!’ But no! I don’t have to make everybody happy. That’s not any human’s job, and it shouldn’t be mine.

“I’ve dealt with a lot of people telling me how I should write and sing and look, and I’m done with that. It’s not my job to look and sound and feel like someone else wants me to. It’s like the title track of the new record: I’m talking about my experiences in the music industry and how they treat their artists, but really, I don’t care what they think of me. I’m going to do what I want to do and be the kind of artist I want to be and not be controlled by people.”

EmiSunshine: Off the Rails

EmiSunshine and The Rain