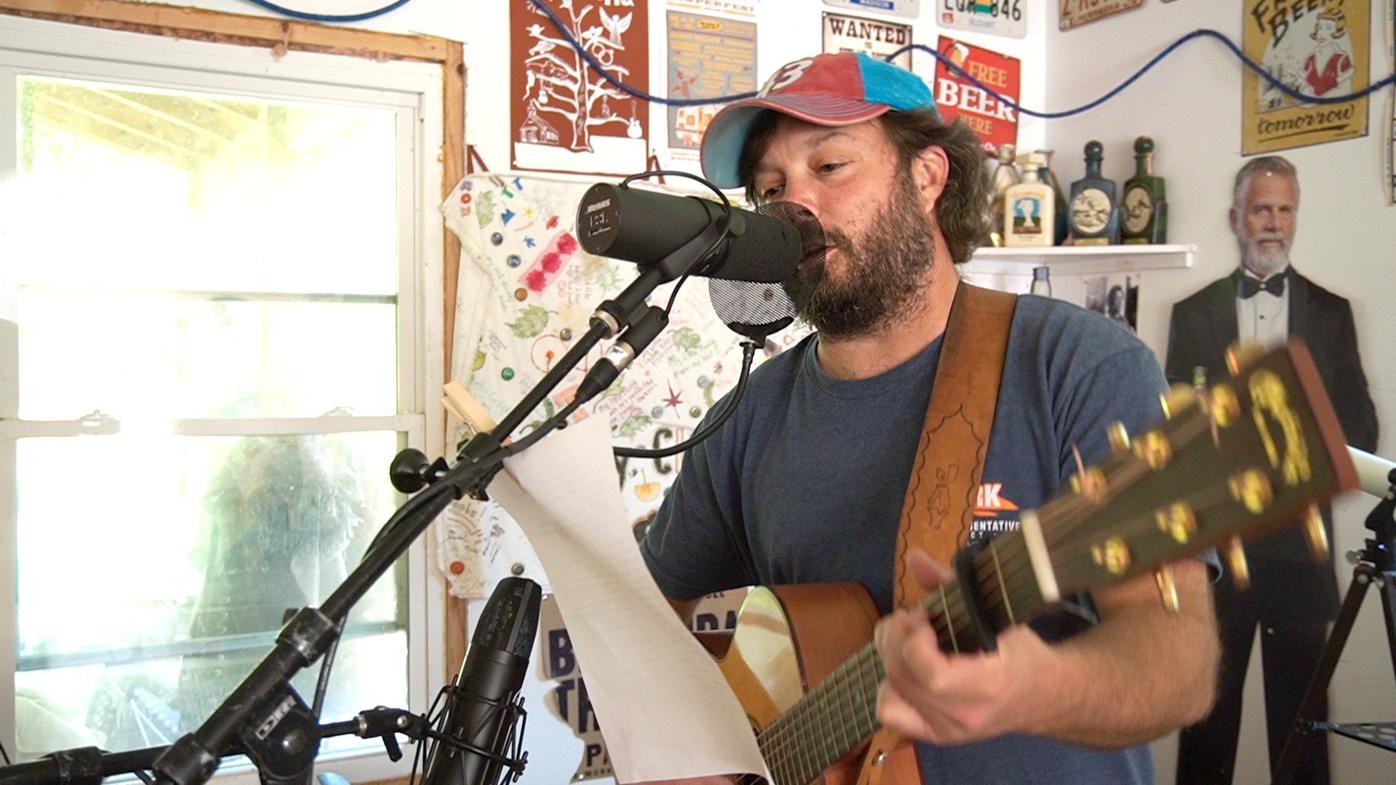 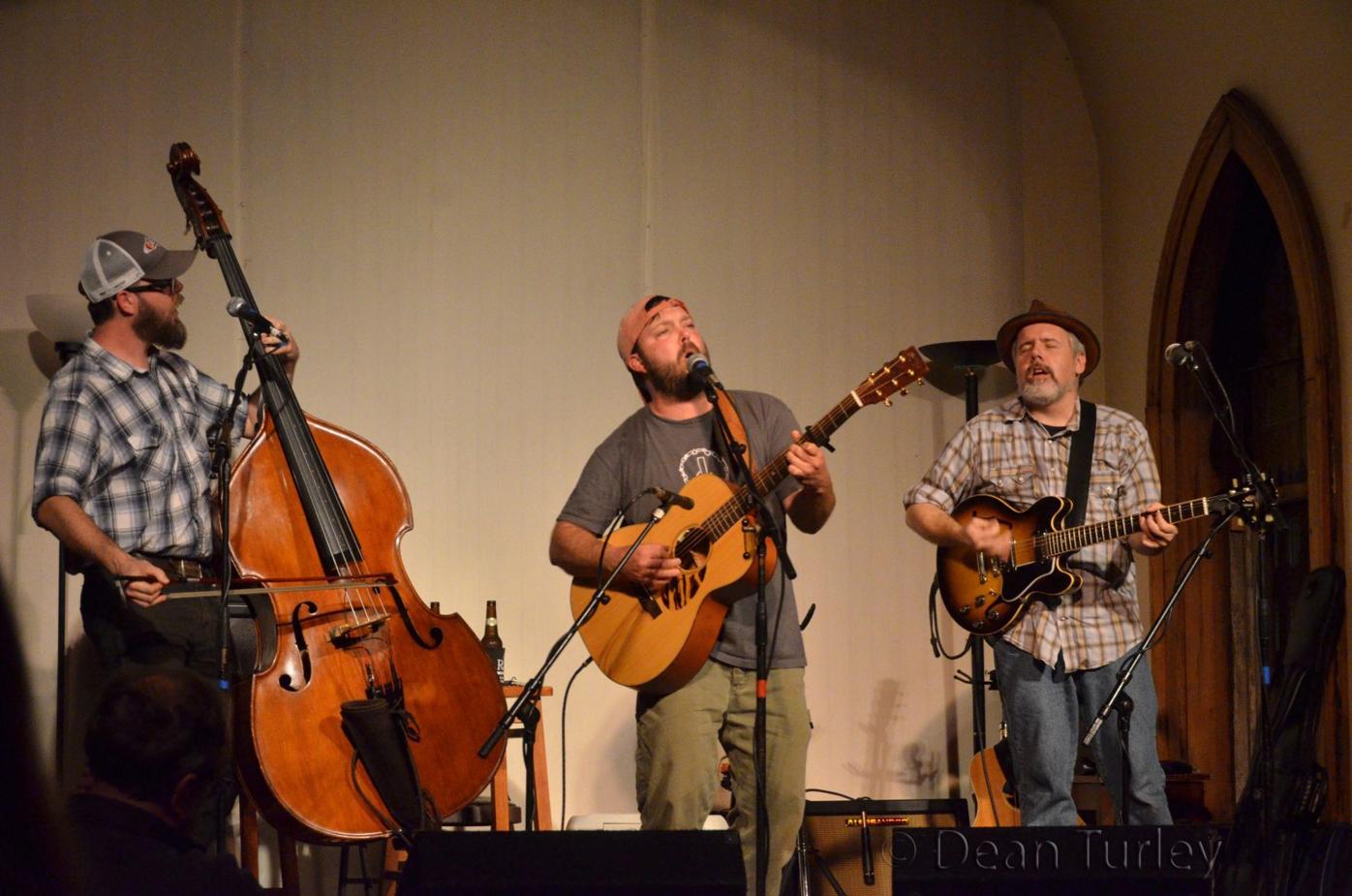 Jay Clark (center) and his band — including Daniel Kimbro (left) and Greg Horne — will perform a virtual concert on the Facebook page of The Laurel Theater on Friday night.

Jay Clark (center) and his band — including Daniel Kimbro (left) and Greg Horne — will perform a virtual concert on the Facebook page of The Laurel Theater on Friday night.

It’s hard to imagine what 5.4 million cubic yards looks like, even for a guy like Jay Clark.

The Blount County songwriter, political candidate and citizen activist has trouble visualizing a project that involves the rupture of an earthen dike at the Kingston Fossil Plant on Dec. 22, 2008. An estimated 5.4 million cubic yards of coal slurry oozed into the Emory, Clinch and Tennessee rivers. Clark didn’t witness the incident, but he’s talked extensively with the men assigned to clean it up, and to picture that much polluted sludge is almost mind-boggling, he told The Daily Times recently.

Put it this way: A cubic yard is the volume of a cube that’s 3 feet long, 3 feet wide and 3 feet high. A single cubic yard is equal to roughly 201 gallons of liquid. That’s means more than 1 billion gallons of contaminated water, filled with the byproduct toxins from burning coal, roared down Tennessee waterways in the early hours of that December morning.

“That was the largest industrial spill in U.S. history — way bigger than the BP spill in the Gulf, way bigger than the Exxon Valdez wreck in Alaska … but hardly anybody knows about it,” said Clark, speaking from his home in Rockford. “We’re talking over a billion gallons of this (stuff), and where it broke and spilled out the dam, it filled up over 300 acres, 6 to 9 feet deep pretty much anywhere you went. It went flying into the Emory River, and out of the banks, and because it happened in the early morning hours, no one got killed, even though it knocked houses off the foundation.”

Friday night, Clark and his band, the Tennessee Tree Beavers (musician brothers Daniel and Cory Kimbro, along with multi-instrumentalist Greg Horne), will tell the story of the coal ash spill (along with special guest and fellow musician activist Maggie Longmire) in a virtual performance from The Laurel Theater, the roots music venue in Knoxville’s Fort Sanders community that’s been a home for Clark since he first started performing around East Tennessee. His interest in ecology and biology go back just as far: He was a member of the bluegrass band The String Beans while studying for his bachelor’s and master’s in wildlife and fisheries science at the University of Tennessee. The String Beans also included Blount songbird Robinella Bailey and Alcoa singer-songwriter Cruz Contreras.

After obtaining his doctorate from Oklahoma State University, Clark returned to East Tennessee and now serves as an adjunct professor of biology at Maryville College. He’s also the incoming president of the grassroots organization the Citizens Against the Pellissippi Parkway Extension and ran (unsuccessfully) for a seat in the Tennessee General Assembly (House District 8). And as a guy with deep family roots in Kentucky, he’s long been acquainted with coal: from what it is and what it does to the men who chisel it from the ground, and the environment that gives it up for the American power grid.

“I grew up listening to my papaw talk about his work, and I remember as a little boy, him always wearing his union hat, going to those meetings and hearing him talk to my dad, who was not a coal miner,” Clark said. “I would hear them talk about these issues, and I remember there being big strikes in the 1980s, and he was on the picket line, one of the ones willing to step up and do something. I remember my papaw fighting the coal company for years to get his black lung benefits, and he got them a couple of weeks before he died.

“I remember him gasping to breathe, him and all these guys who dug our energy, and most people don’t think a damn thing about where we get it or the consequences on the environment and our workers. And it drives me insane to think about these workers literally suffocating and being killed for it.”

Over the span of five albums (his most recent, “Of Mountains and Heartbreak,” was released in 2016), Clark long has touched on environmental topics, and while he was familiar with the 2008 spill, it wasn’t until he was approached by Longmire about helping a coal ash worker finish a song that he began to see just what a catastrophe it was, starting with what coal ash actually is, he said.

“It’s the byproduct of burning coal, and when we get coal out of the ground, that’s organic matter, full of carbon that we obviously release into the atmosphere,” he said. “The other stuff that’s left behind is not just like wood ash — it’s a lot of heavy metals and some of the toxins that don’t burn off that are left over, and they have to dispose of it somehow. So what they do is they make these big coal ash ponds, or slurry ponds, and the ash goes in there.”

According to National Geographic, the Kingston Fossil Plant, “built in 1955, was the largest coal-burning power plant in the world for more than a decade, and it still burns 14,000 tons of pulverized coal, or 140 rail-car loads, each day.” The coal ash ponds are sealed off, but there’s a catch: “The U.S. Environmental Protection Agency has for years refused to classify coal ash as hazardous waste. Instead, the agency continues to regard coal ash as solid waste — the same designation … given to household garbage,” the nonprofit environmental advocacy group Natural Resources Defense Council wrote in 2019.

And when the dike gave way and the surrounding acreage was flooded in 2008, Jacobs Engineering — the firm contracted by the Tennessee Valley Authority to clean the spill — downplayed the hazards posed to the cleanup crews. According to reporting by the Knoxville daily newspaper, “Jacobs failed to adhere to its contract with TVA, failed to ‘exercise reasonable care’ in keeping workers safe and, in its failures, likely caused the poisoning by coal ash of the laborers, many of whom live in East Tennessee,” wrote reporter Jamie Satterfield in 2018.

“They made these workers wear safety vests, steel-toed boots, hard hats and goggles, but they would not let them wear a simple respirator,” Clark said. “They said there’s no evidence coal ash poses any danger, and one of the foremen told these workers that ‘You could literally eat a pound of it every day and it won’t hurt you.’ Meanwhile, these guys tell stories of the dust flying up in the air and sparkling like glitter because of all the tiny, tiny pieces of metal in it.”

Clark said the toll on those workers is equally horrifying: 51 of them have died, and more than 400 are sick and/or dying, all of whom are part of an ongoing court case. The first phase of the federal trial, which sided with the workers, has been appealed; last year, Jacobs offered a $10 million settlement that was rejected by the plaintiffs — roughly $10,000 apiece for medical bills, a sum that makes Clark see red.

“Most of these workers have no medical insurance! A bunch of them are bankrupt from this. They’ve lost their homes, their health, their livelihoods — their lives!” he said. “It’s just disgusting that this happens in our country, and that a company like TVA can take the largest industrial accident in our nation’s history and put it under a rug from the environmental standpoint, and kill a bunch of workers, including some of their own employees, in the process. It just shows you that our country is greedier now than it has been.”

One of those workers, Ron Bledsoe, reached out to Longmire, who’s involved with the local chapter of the Sierra Club, about getting help finishing a song called “Kingston.” Longmire put him in touch with Clark, who got to know Ron and family member Julie. Not only did the two complete the song, but Clark called in some high-profile favors to help out: Daniel Kimbro is a member of the Jerry Douglas Band, and critically acclaimed Americana artist Darrell Scott added guitar work on it as well.

It’ll be one of several songs that are part of Friday’s musical documentary, which is free, but donations are encouraged.

“This concert is to bring awareness of the workers and help raise a little money, but probably as much as anything else, these guys and gals need to be lifted up and supported — and our country, and the people of East Tennessee, need to know about this story,” Clark said. “These guys are going to be going into their court battles with Jacobs for the next two or three years, and most of them, I’m afraid, are going to die before they get what they need.

“We need to make sure it doesn’t happen again, and we need to think about what we can do to spread this story, not only from an environmental standpoint but from the standpoint of taking care of our fellow human beings — especially when they drop what they did, answered a call a couple of days before Christmas and went down there being told that they would be taken care of.”

HOW MUCH: Free, but donations are encouraged