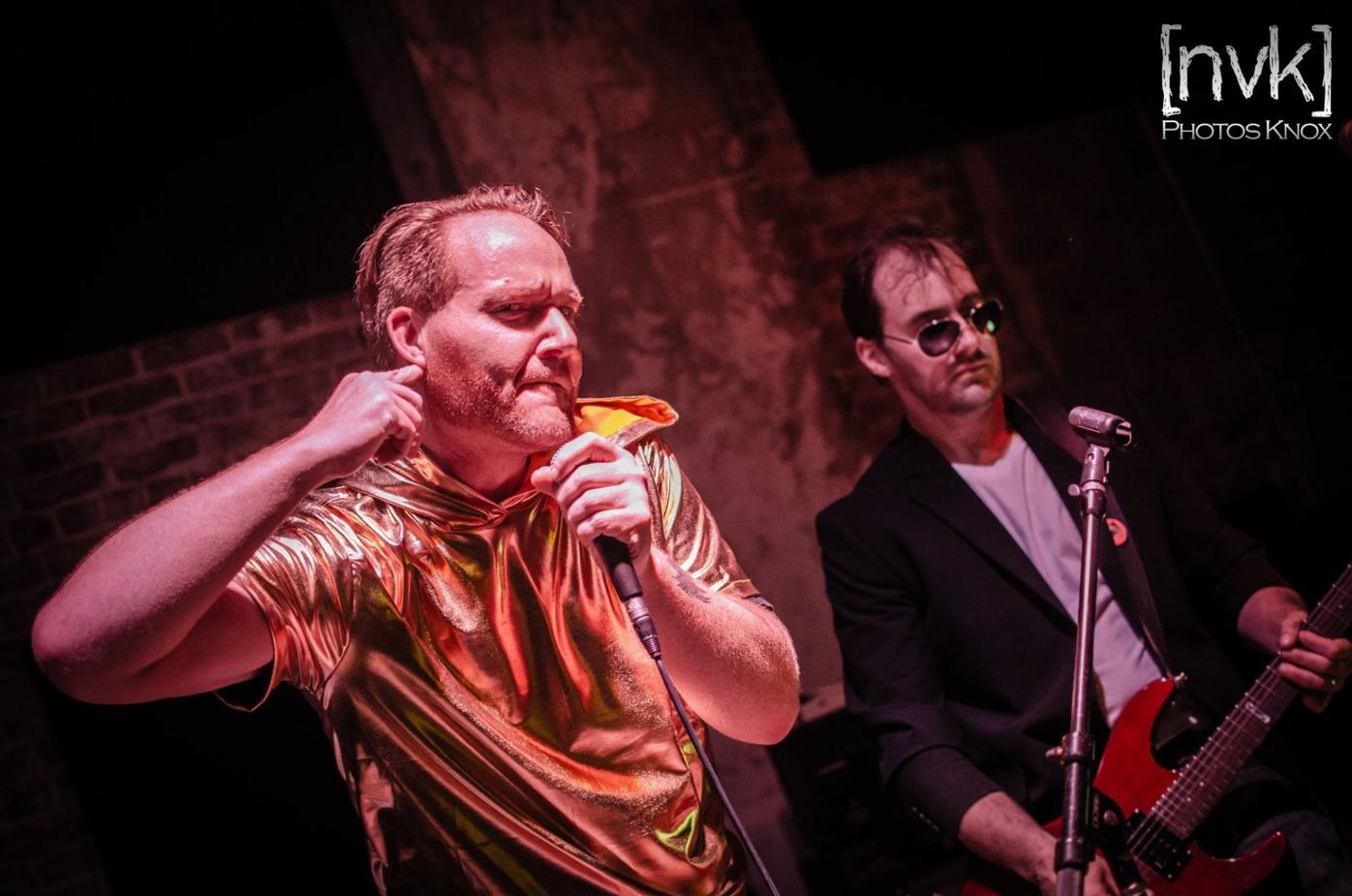 Wally Miles (left) and Vince Ingle perform and record as Miles/Ingle. They have three albums to their credit. 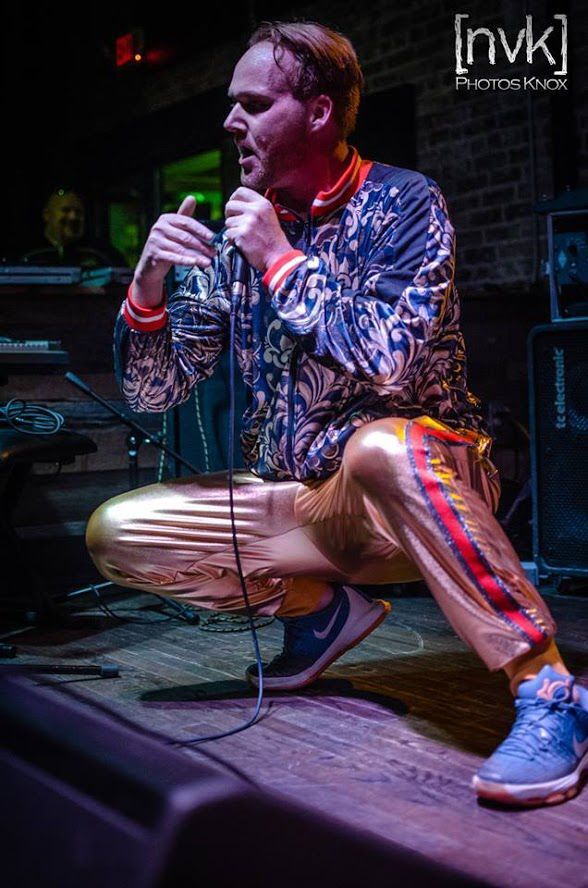 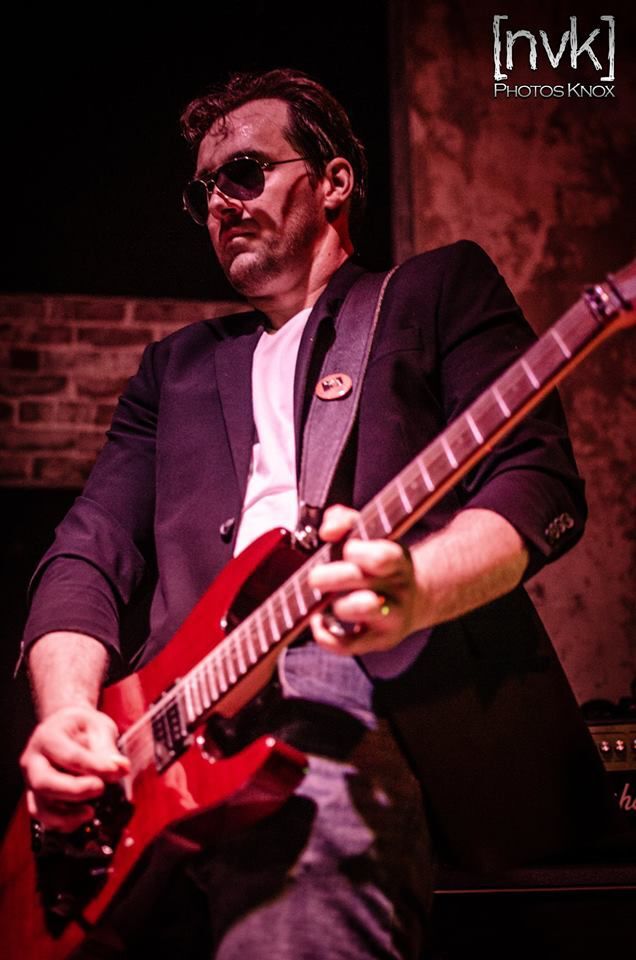 Wally Miles (left) and Vince Ingle perform and record as Miles/Ingle. They have three albums to their credit.

When Blount County’s Wally Miles signed up for his COVID-19 vaccination, it wasn’t just to safeguard his health: It was in anticipation of carrying his band’s rock ‘n’ roll overseas.

Those are big dreams, of course, and whether they actually manifest depends on a number of factors. But with Miles/Ingle, the duo he started with multi-instrumentalist Vince Ingle (a Maryville dentist), he’s already laying the groundwork for an enthusiastic reception.

“This week alone has been incredible,” Miles told The Daily Times recently, noting that the band’s new album, “For the Sake of the Night,” has gotten airplay in Italy, New Zealand, Australia, Poland and most prevalently in Germany.

“I made a joke the other day that Germany is trying to adopt us, that Germany almost feels like an imaginary girlfriend, but it’s really happening!” he said. “This week, we have more listeners in Germany than we do in our home country. And any time we’ve been played on German or UK (internet) radio — basically anywhere but here — they say something like, ‘Here’s this act from Maryville, Tennessee, that doesn’t sound anything like Tennessee!’

“That’s always the first thing they say. It’s almost like a selling point, in a way, I guess, because they’re expecting banjos and stuff, and we’re hitting them with what we do, and they’re like, ‘This is crazy!’ I think it’s been very helpful.”

Here’s the deal with Miles/Ingle, to paraphrase the current president: The band’s sound, built on a solid foundation of ’80s synth-driven New Wave and guitar rock, isn’t a gimmick. It’s not a fad. It’s a carefully constructed simulacrum of influences that the two old friends have painstakingly collected, nurtured and embraced over the years and still do today.

And it all began on a lark. Miles, a 1997 graduate of Maryville High School, first made a name for himself as a concert promoter: A birthday celebration that began as songs on a boombox eventually became a live show that grew, over the years, into Wallypalooza, one of the biggest music festivals in Blount County. Ingle, the son of local dentist Robert V. Ingle who opted to carry on the family tradition, is a longtime member of the glam metal outfit The Dirty Gunnz (which also features frontman and vocalist Michael Hurst, Miles’ cousin). The two started playing music together in middle school, playing off and on in an unofficial capacity until late 2018.

That was the year Miles was diagnosed with Parkinson’s disease, and while the news was shocking, he refused to take it as grim. He began writing lyrics again and approached Ingle with them.

“I don’t want to say it was an accident, because I believed in what we were doing then, but when we were just starting out, it was more for therapy and just for fun,” Miles said. “I’ve used speech therapy for Parkinson’s as a singer, to do vocal warmups and keep my voice box in shape, but I have to work harder, because Parkinson’s is trying to take my voice away by (attacking) my strength of speaking, and the connection between my brain and my voice.

“Now, I have to work twice as hard, maybe triply as hard, especially now that people are listening to us. We’re lucky to have that opportunity, and I want to make it awesome, so while this is a progressive disease that gets tougher, I have to be tougher, and I have to work harder. I’m not trying to sound cavalier, but I have no choice — it’s either that or submit to this disease.”

As the project evolved, however, Miles began to find his lane — the sweet spot in which his voice operated best, somewhere around Iggy Pop’s “Post Pop Depression”-era croon, the operatic tenor of Nick Cave and the longing expressiveness of New Order’s Bernard Sumner. It’s a perfect counterweight to Ingle’s multi-instrumental wizardry, all of it sculpted using distinctly 1980s sounds.

In the beginning, the band achieved liftoff thanks to a video for the song “Booze City Blues,” which featured found footage of Maryville from decades past. The video notched roughly 100,000 views, and the album that it wound up on, 2019’s “Face the Faceless Face,” ended up attracting attention far beyond Blount County.

“It went way beyond what we expected or anticipated,” Miles said. “I don’t want to embellish anything and make it sound bigger than what it is, but as two dudes in Maryville, we weren’t expecting to get airplay in all these various countries. Just a couple of months later, there was an internet radio station out of the U.K. that started playing us, and from there, all these bloggers just started going crazy about what we were doing.

“That’s the thing about us: It’s hard to box us in. Maybe it’s synth-wave, but then you’ll hear another song, and it’s got acoustic guitar and a theremin. It’s just random stuff, and once we realized people were listening, we wanted to keep them listening.”

To do that, nothing is off the table. Ingle may be sitting around noodling on a leftover Gunnz riff that spins off in a new direction, and the next thing he knows, he’s sending Miles something that sounds like a “Blackstar”-era David Bowie outtake.

“Vince will send me some music and say something like, ‘This is weird, and I don’t know if we can use this or not,’ and I’m always like, ‘Give it to me!’ Because I love the sound of that,” he said. “On our latest album, we’ve got percussion, we’ve got songs that sound like Prince or Morris Day and the Time, and Vince is having a blast. He’s getting out of the confines of being in a specific genre and playing anything that goes and trying to find the best working parts of everything.”

Other times, a song may start with one of Miles’ lyrics: “Quarantine’s Day,” for example, was directly inspired by the COVID pandemic and became a romantic ballad about “making contact in a contactless age,” Miles said. And “My American Germs,” he added with a laugh, came from a dream he had about getting abducted by aliens and infecting all of the extraterrestrials on the ship with the coronavirus.

“I’ll shoot them over to Vince and tell him, ‘I want to know what you think this is going to be,’ and what I have intended is never what comes out, and that’s the best part of it,” Miles said. “As long as it’s not boring, we’ll do it. That’s pretty much the only rule, and I think that’s why we’ve wound up on playlists with Dua Lipa and Lady Gaga just as much as we do David Bowie and New Order.”

After grinding for a year, Miles/Ingle was sidelined, like many bands, by COVID. The guys had put together their second record, “Age Zero: The Zeroage,” and even planned a few area live shows, when the distributing company that was scheduled to make copies of the album shut down.

Rather than wait for 300 copies to be delivered, they got to work on “For the Sake of the Night,” and while they haven’t played any shows (save for a single performance at The Bird and the Book last year), they’re looking forward to turning their sonic creations into live art.

“When we did the show last May, I changed outfits after every song, because every song has a mood to it, so I have to dress or act according to it,” Miles said. “We included synchronized video footage for the songs, just to set the mood, and it was great. With this album, I wrote everything lyrically for the sake of the performance, because right now, the key to this is

“We don’t know what the world is going to do, but I do see light at the end of the tunnel. Me getting my first vaccination, that’s the first step, and after that, I sang for an hour, just to get ready. This could all be wide open one day soon, and whatever it takes, we’re very ready for this opportunity.”

Miles/Ingle - The Future Looks Good On You [Lyric Video]