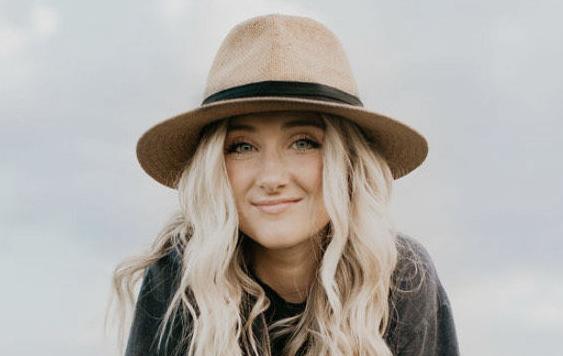 The Blount County singer-songwriter will release her debut single, “Make the Movies Jealous,” on Feb. 12, through the studio/label service CmdShft. 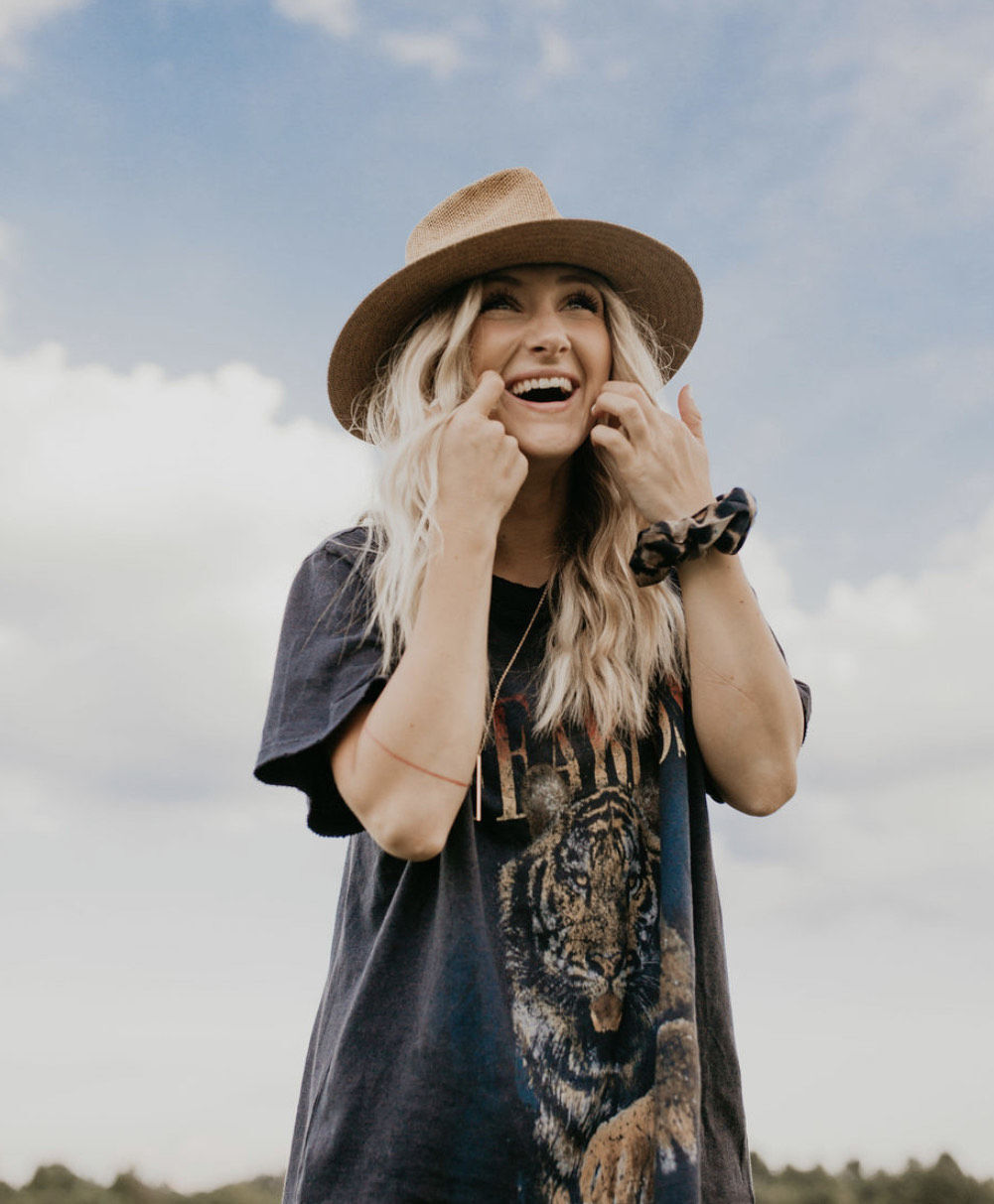 The Blount County singer-songwriter will release her debut single, “Make the Movies Jealous,” on Feb. 12, through the studio/label service CmdShft.

For singer-songwriter Natalia Taylar, 2020 was a year for the books — and not just because her life, like everyone else’s on the planet, was upended by COVID-19.

For Taylar — whose heart still longs for Blount County, her childhood home and the place her parents, Tedi and Hollie Cvitkovic, own and operate Windy City Grille out on U.S. Highway 411 South — 2020 will always be the year she stopped putting herself last.

She’s always had a heart almost too big for her diminutive stature, and for most of her life, it’s served her well. But after she left East Tennessee to pursue a future at Middle Tennessee State University in Murfreesboro, she fell down a rabbit hole of putting the desires of others before her own, and music — the art form with which she’s been enamored since she was a 3-year-old girl, banging on a toy guitar and singing along to Lee Greenwood’s “God Bless the USA” — took a back seat to other endeavors.

It was, she told The Daily Times recently, a period of finding herself and renewing her commitment.

“I was 18 and 19 years old, and I just didn’t really know what I wanted to do,” she said. “I surrounded myself with a lot of people who had different plans and different goals and different paths, and I just got distracted and lost the vision of what I actually wanted. I’ve always been a people pleaser and did what everybody told me I should do, and when I transferred to MTSU in December 2018, I was miserable.”

For those who know her, the effervescent girl with the warm laugh, high-wattage smile and a voice that sounds like the second coming of Americana chanteuse Patty Griffin, it may not have seemed that way on the outside. Around Blount County — she graduated early from Maryville High School, in December 2016 — Taylar was the latest in a long line of country-oriented wunderkinds, men like Johanthen “Johno” Clayton (a close friend and frequent duet partner) and women like Laurel Wright of The Young Fables. On any given Friday night at her parents’ restaurant, she made the place a little cozier with her songs and her playful banter.

But that’s because it was always about the music, Taylar pointed out. And when music was no longer the singular pursuit of her gypsy heart, she felt restless.

“I wasn’t doing what I loved, and I was majoring in entrepreneurship — and I just was over it,” she said. “I woke up one day and looked around me and realized that I was doing something I wasn’t passionate about, and that I was friends with people who weren’t my people. So I dropped out of college, subleased my apartment and moved to Nashville to put some pep back in my step.

“It was a weird growing-up time for me, and I think I needed it to find my confidence and re-find the fire I’ve had my whole life. And I just woke up one day and came to the realization that I was going to do what I wanted to do, and whomever would support me, I would love to have in my life, and whomever didn’t, that was OK.”

Once in Nashville, she took stock of her song catalog and discovered something extraordinary: The whole time she had put music on the back burner, she had continued to write it. The focus may not have been on publishing it or performing it, but denying it was impossible, and so the songs continued to come … until, she said, it felt like the things she needed to explore within herself were mapped out in lyrics. And that, she added, allowed her to move forward toward a burgeoning career as a musician who looks to like-minded influences like Maren Morris and sees that while vulnerability will always be a part of her craft, it doesn’t have to be at the exclusion of everything else.

“When I was taking the ‘break’ from music, everything I wrote was very self-reflective, almost like I was writing whatever I might write in a journal, and I feel like I got past all of the things I couldn’t get past by going into a (writer’s) room,” she said. “At the time, I tried to make every song personal and self-reflective, and even when I did co-writes, I tried to make it like a therapy session, if you will. And that’s great at times, but I was doing that all the time. And now I’m glad I was able to get all of that out of my system, so I can focus on music with a clear brain and a new perspective and write fun songs and have a good time.

“I put a lot of pressure on myself before, and it got to the point where it wasn’t even fun anymore. I developed a lot of anxiety and was over-thinking things. I think a log of songwriters and musicians deal with that, but I’m grateful for that time I was able to sit with myself, because it gave me a clearer vision of the kind of music I want to make.”

Now, she approaches much of her writing with a simple vision: If she was driving around, what song would she need to hear at that moment? It’s not hard, she added, to think about the drives she used to take in Blount County — loaded up with friends to go to Vienna Coffee House, perhaps, or on a solo excursion up East Lamar Alexander Parkway into the mountains. Home, she pointed out, always makes for good inspiration.

“Sometimes, I get a little emotional from missing home and want to write sad songs, but other times, thinking of home makes me happy, and I want to write about happier times,” she said.

Moving to Nashville last July, she had something of a head start on many of the peers who relocate to Music City for the same reason. The previous February, she signed a management deal with Redline Entertainment — and then COVID-19 shut down the music industry. However, she made the best of it by returning to songwriting without the anxiety and collaborating with her boyfriend — singer-songwriter Knox Morris — and another artist, Brandon Calano, who performs under the synonym Becoming Young.

“I wish I could be the cool girl and name drop here, but they’re going through the same stuff I am!” she said with a laugh. “None of us are really sure what we’re doing out here — we’re just doing what’s most fun and what makes us happy. I’m networking and connecting with people and truly just having a good time, just being my most authentic self with everybody I meet and building those relationships and kind of learning from the people around me.”

And at long last, she has new music on the horizon: On Feb. 12, she’ll release her debut single, “Make the Movies Jealous,” through the studio/label service CmdShft, a song she describes as “early Taylor Swift meets Maren Morris.” She’s rolled out a seven-second tease on her social media pages, but the good news is that once the song debuts, there’s more right behind it.

“We’ll release another single four weeks after that, and then another four weeks after that — and maybe a fourth; we haven’t decided yet,” she said. “I think we’ve decided that the second single is going to be a breakup song called ‘Bad at Breaking Up,’ so we put out the fun, happy, lovey song for the first one, and then get all vulnerable and mushy on the second one.”

That 2021 has begun with such potential is an amazing turnaround, Taylar added. Although she landed in Nashville with such promise, the pandemic took its toll, and by September, she was questioning whether she would ever get a publishing deal, much less an outlet that would allow her to share her songs with the world — and whether the world would respond in kind.

But as the saying goes, fortune favors the bold, and through perseverance, she’s out of the valley and approaching what she hopes is a peak. It won’t be the first, just as there are more valleys to traverse, but that’s part of life as a musician with big dreams and the talent to make them real, if Music City can just give a girl a break.

“I try to be as transparent and honest as possible, and I’m still poor! I still work a day job!” she said. “But then I’ll come home, and sometimes I have a photo shoot, or sometimes a co-write — just a checklist of things I need to get done, and now with my song coming out, I’m making my own cover art and networking and trying to grow my social media platforms.

“I truly am out here living the dream, but it’s probably not the way everybody thinks it is. I work very hard for the things I want to accomplish, and I hope I translate that into my relationships.”