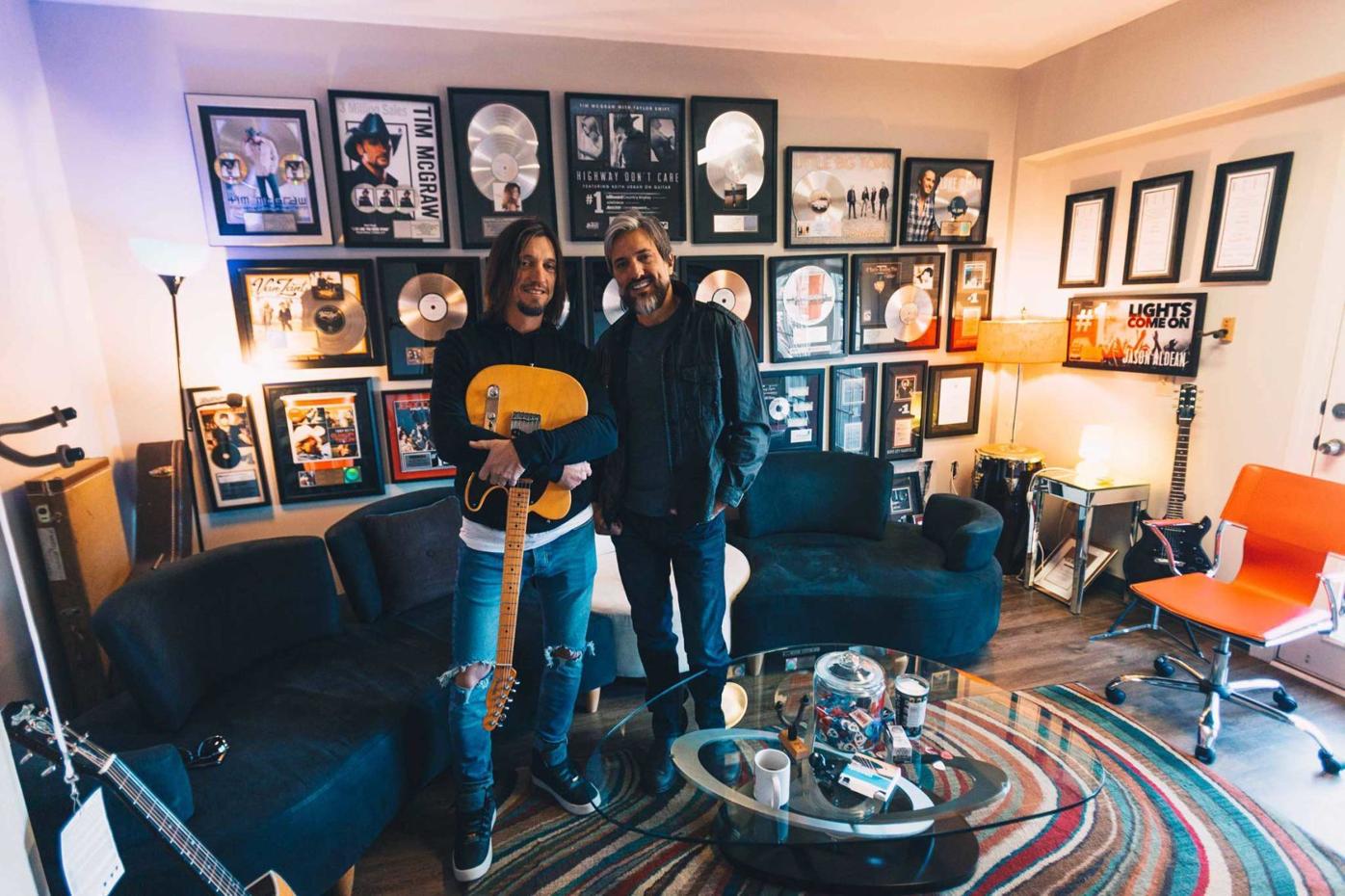 The Warren Brothers — siblings Brad (left) and Brett — will perform Saturday at the Clayton Center for the Arts on the Maryville College campus. 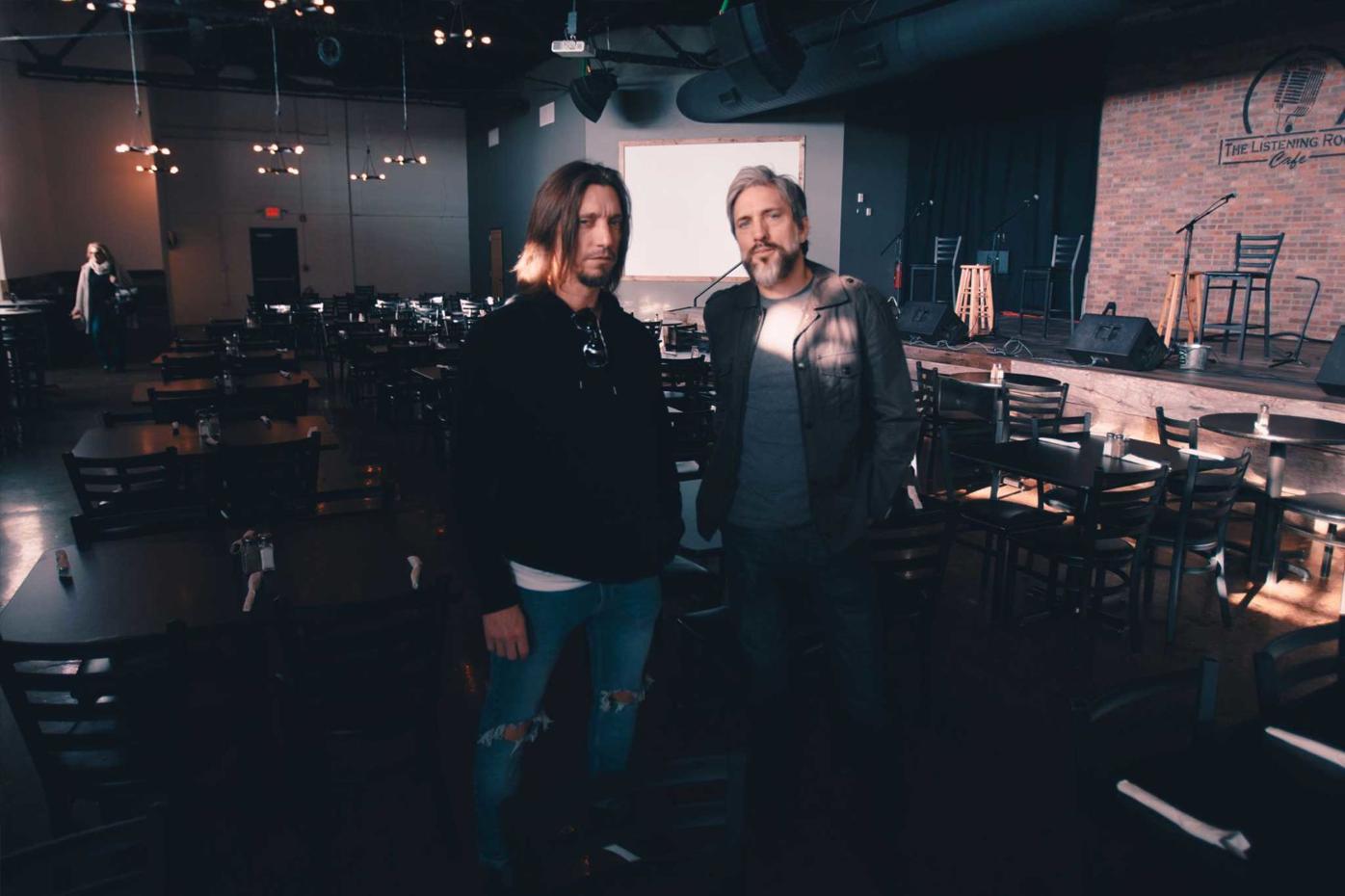 Brad (left) and Brett Warren are more content in the writing room than they are on the stage these days, but they still love performing and will play in Maryville this weekend.

The Warren Brothers — siblings Brad (left) and Brett — will perform Saturday at the Clayton Center for the Arts on the Maryville College campus.

Brad (left) and Brett Warren are more content in the writing room than they are on the stage these days, but they still love performing and will play in Maryville this weekend.

It ain’t Shakespeare, and even Keith himself, in an interview with CMT, said that the song is “stupid, but freakin’ awesome.”

Even more awesome, however? The guys who wrote it, telling the story behind it and playing it in front of a symphony orchestra, which is exactly what the Warren Brothers will do on Saturday night at the Clayton Center for the Arts on the Maryville College campus.

“It’s a really cool experience, even aside from what we do, because when you put the symphony with country songs, it’s hysterically phenomenal,” Warren told The Daily Times recently. “We play with the symphony behind us, and we only do this kind of show four or five times a year. But it’s like a whole symphony behind the songs we’ve written, so there we are, a couple of rednecks from Florida, while the symphony is playing a score to ‘Red Solo Cup.’”

The siblings (Brad is 2½ years older) grew up in a strict religious household in Florida, and while their dad appreciated some classic country — Johnny Cash and Marty Robbins were in regular rotation — most of the music the Warrens listened to was of a Christian bent. Along with their two older sisters, they were expected to play an instrument and perform in church, but once he heard a friend play “Sweet Home Alabama,” Brad Warren was hooked on guitar.

He eventually started a band with some friends, enlisting Brett to both drum and sing. It was in those early bands, which started out as Christian rock projects before morphing into a smorgasbord of other styles, that the guys recognized their songwriting talent, Warren said.

“I remember the first little song we got on the radio in Tampa was called ‘Blue Eyes,’ and I can tell you why we started writing exclusively together,” he said. “In our band, me and Brett and the bass player would all write, and then we would bring our songs to the band, and it became a little contentious about whose songs we were going to play or record.

“The songs we were writing together were the best songs we had anyway, so we realized that if we wrote together, there would be no argument over whose songs we were going to record, because they were both of our songs. That was literally 25 or 30 years ago, and to date, we’ve written about 2,000 songs.”

By the mid-1990s, they were big enough that a manager landed them a development deal with A&M Records, and while their trip to Los Angeles to play a showcase never panned out, it lit a fire in them to do more, and in 1995, they moved to Nashville. Two years later, they signed a deal with BNA Records, and the following year released their debut album as recording artists: “Beautiful Day in the Cold Cruel World,” which put three singles into the Top 40 on country music radio. As a live act, they hit the road with the likes of Tim McGraw and Faith Hill, among others.

While they enjoyed performing and still do, they enjoyed partying a little more, and by 2005, their music career was floundering, and their drinking was out of control. That year, they both got sober and happened to write a song that Hill put into the Top 10 of the Billboard Hot Country Songs chart: “The Lucky One.”

“That was our first cut that ever went to radio, and we had been sober six or nine months,” Warren said. “When we got the first royalty check for being on the radio, we both realized, ‘Oh, yeah, we’re songwriters now!’ We wanted to spend more time with our families, but we still loved music, and we still had talent, so it was a lifestyle choice that became a career choice.

“Right now, neither of us want to be recording artists. We love being songwriters, and we love performing the songs we’ve written, but let guys like Tim McGraw go and do the ACM (Academy of Country Music) Awards.”

In 2007, McGraw did just that with a song he and the Warren Brothers wrote together: “If You’re Reading This,” a letter from a fallen soldier to his wife. The siblings knew they had something special on their hands when they started writing it, and they immediately called McGraw and invited him to help them complete it.

“We went over to his house, and we all wrote, and we were all hugging afterward, because it was just a really important kind of song, and it just poured out,” Warren said. “About three weeks later, he played it at the ACM Awards, even though he didn’t have it on an album, and his current single was sitting at No. 10. The only recording was that live recording, and everyone bawled their eyes out. It went to No. 3 on the chart and was nominated for a Grammy, all from that live recording.

“At the time, we just knew it was special. We didn’t care if it was a hit or anything; we just needed to write it, because a song like that means something to a lot of people. We get a lot of families of soldiers who have passed telling us that they play that song at the funerals.”

Some songs, he added, show up like divine gifts from a spiritual muse. Others, like “Red Solo Cup,” are written during goofy moments when the brothers and their co-writers are joking around. And for every hit they’ve written — “Felt Good on My Lips” and “Highway Don’t Care” by McGraw, “Little Bit of Everything” by Keith Urban,” “Anyway” and “Wrong Baby Wrong” by Martina McBride, “Feel That Fire” by Dierks Bentley and “Drink to That All Night” by Jerrod Niemann, among others — there are dozens more that wind up as deep cuts on records by everyone from Luke Bryan to Lady A to Jason Aldean to Billy Currington to Skynyrd.

Saturday night, they’ll share some of those songs, and the stories behind them. The playing isn’t their bread-and-butter, but it’s still something they like to do, Warren added. They do mostly corporate gigs these days, playing 25 to 30 shows every year, but gigs with the symphony are even more special, he said.

“It’s just amazing, and we’re as entertained as anybody in the crowd,” he said. “There’s a certain segment of the population that has discovered the performing songwriter as a thing, and they love to hear these stories. There are so many tricks to how these songs get to the artists and on the radio that they’re all little miracles.”

The Warren Brothers on their faith, journey toward sobriety

COVID PROTOCOLS: Masks are required inside the Clayton Center