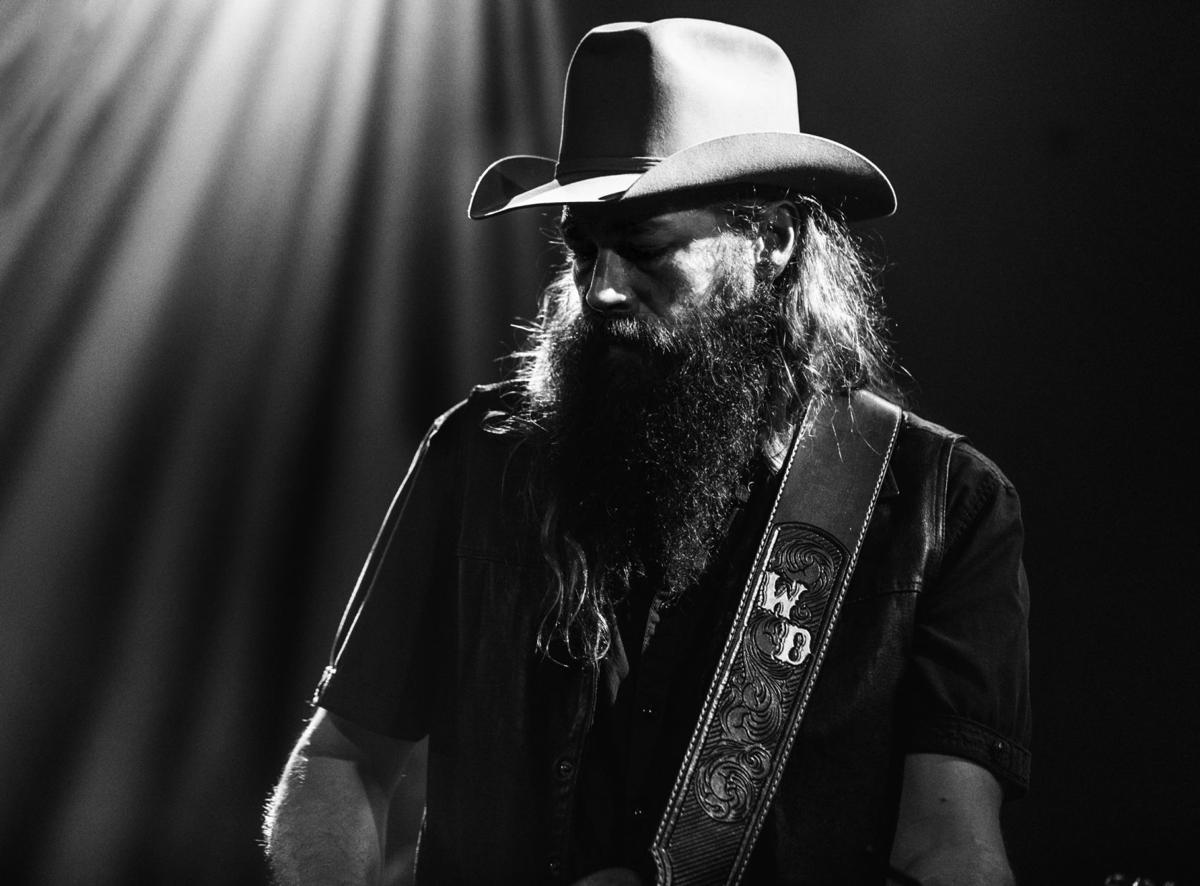 Ward Davis will perform with Charles Wesley Godwin on Saturday at The Shed Smokehouse and Juke Joint in Maryville. 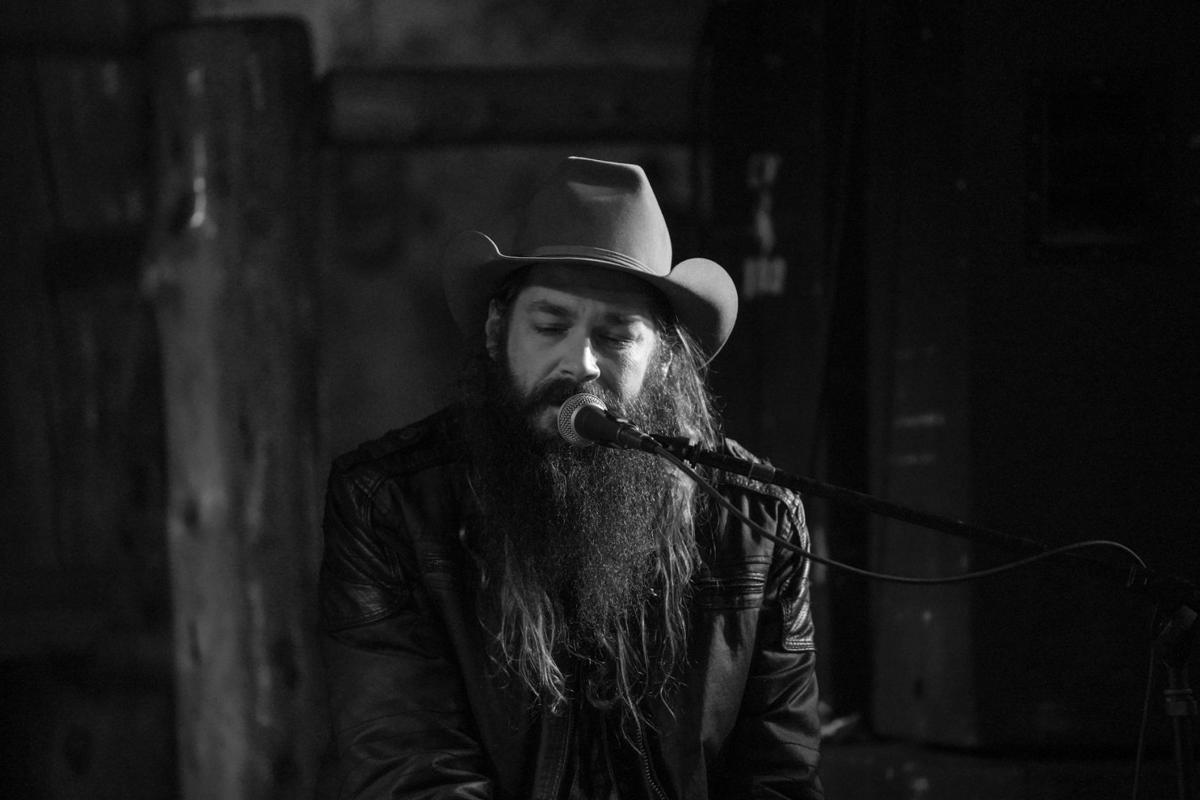 Ward Davis will perform with Charles Wesley Godwin on Saturday at The Shed Smokehouse and Juke Joint in Maryville.

For a lot of folks, punching a clock on a Monday morning, getting weekly assignments from the boss and spending large chunks of your workday in meetings is a perfectly ordinary way to make a living.

There’s honor in doing that, even, and Ward Davis doesn’t fault anyone who provides for his family in such a manner. Davis, however, isn’t most men, and songwriting isn’t a commodity to be rolled out assembly line style, which is why his time spent as part of the Nashville industry machine lost a little bit more of himself every time he went to work, he told The Daily Times recently.

“I met some lifelong friends that work in the industry, but then again, I always hung out with guys who were a lot older than me, because they always had the best stories,” said Davis, who headlines an indoor show at The Shed Smokehouse and Juke Joint in Maryville on Saturday. “But on the other side of that, it was soul-sucking to have to go in and write every day and have a list of things my publisher needed me to write, rather than writing what I wanted to. They would give me a pitch sheet and say, ‘Here’s what we need — Tim McGraw needs an up-tempo song, Billy Currington needs a soulful love ballad,’ and so forth and so on.

“The kind of songs I like writing, that’s never really changed for me. I’m a pretty meticulous lyricist, and my best doesn’t always seem to measure up to what I think it should be. I always liked writing stories, and I always liked using perspective and empathy in my writing, and I guess you don’t really get to do that when they’re telling you to write a song about girls in short shorts. I never got any joy out of that. Every now and then, we’d go in and get something cool that leans mainstream, but I never liked the factory mentality of going in and trying to come up with something in spite of yourself, almost.”

Needless to say, that wasn’t what Davis had in mind when he first landed in Music City in 2000, a boy from Monticello, Arkansas, who cut his teeth on classic country: Haggard, Jennings, Nelson, Kristofferson and, in the 1990s, guys like Clint Black, Travis Tritt, Garth Brooks and George Strait.

“It seemed to me, those guys were all carrying that torch for when a song actually meant something,” Davis said. “They would all fight over great songs; now they just fight over what’s going to sound great on the radio and what’s going to sell records.”

By 2015, Davis felt his muse had been chewed up and spit out, but he still had a few gems left in him: “Unfair Weather Friend,” which was picked up by Haggard and Nelson for their record “Django and Jimmie,” and “15 Years in a 10 Year Town,” which ended up becoming the title track of his own record. He never planned on quitting writing, but the smoldering embers of a project that would carry his name was enough for him to tip his hat and say so long to the industry machine.

“Honestly, I thought I would spent the rest of my life playing the back of sports bars, singing ‘Sweet Home Alabama’ three times a night and having one CD I could sell to strangers, because I was never going to build a career of selling tickets,” he said. “I thought that would be one record I would get to cut, so I did everything I could to make it mine. I pulled every string to get Willie to sing on it, and Jamey (Johnson) was real gracious to come in and sing on it as well. We did it on a shoestring budget.”

“15 Years in a 10 Year Town” did more than just serve as a placeholder for a handful of sports bar fans who wanted his original songs. It turned heads, and it earned the respect of guys like Johnson and Cody Jinks, with whom Davis wrote the title track of Jinks’ 2016 record. Legend has it the album was complete, but the result of their collaboration was so powerful that Jinks renamed the record because of it. “I’m Not the Devil” debuted at No. 4 on the Billboard Top Country Albums Chart, and last October, Jinks released two albums within a week of one another, both of which landed at the No. 2 position.

“I was talking to Cody the week the second record came out, and I said, ‘Man, you did it again,’” Davis said. “Cody said, ‘Ward, I was not trying to sell records. I was not trying to make this a hit record. It just happened, because that’s what people wanted.’ That just goes to show you, a guy like Cody doesn’t have that Nashville machine. He’s not going from radio station to radio station, giving them anything.

“It just goes to show you that you don’t really need that avenue anymore. You can do it like this and still have success and play the music we want that will still pay the bills and let us live a life. There’s two ways to do country music now: One is the traditional way, albeit it’s not traditional country, which is to go to Nashville, dance the dance and do the thing. The other way is to hit the road, do what you want to do and not really pay attention to the rules.”

Which is why, when he went through a divorce a few years ago, he found himself pouring his heart out on paper. Rather than sweeping those songs under the rug or holding onto them for his next studio album, he called his manager to start the ball rolling on a four-song EP titled “Asunder,” which was released in 2018.

“I told him, I just don’t want these to get lost in the shuffle,” Davis said. “This is what I went through. It was a moment, and I wanted to put it down. I’ve been writing songs since I was 9 years old, and I have songs I don’t remember writing, but I remember exactly how I felt, exactly where I was and exactly my state of mind for every one of those.”

There are only three originals, but each one is burned into his mind: “Live a Lie” is the excruciating ballad of a man whose memories of the better times are consuming him; “Could Just Be a Fool” came to him on the porch of his post-divorce rental house when he considered that perhaps he was making the biggest mistake of his life; “Good and Drunk” was written amid a pile of boxed belongings.

“I didn’t know what box she had put the whiskey in, and all I wanted to do was drink whiskey,” he said. “But the one song that kind of got me through all that, the one I listened to over and over, was ‘Time to Move On,’ by Tom Petty.

“I recorded that almost as an afterthought, when I was in the studio and didn’t have anything to do, and the producer said, ‘Go for it.’ Those four songs got me through that divorce.”

And on the other side, life is good. He’s putting the finishing touches on his next record (“There a lot of history on the next record as far as where I come from,” he added) that he hopes to have out in the next few months, and he’s so busy he’s had to ask his manager to schedule him a few off weekends. He’s touring with a band of dear friends (Saturday’s Maryville show will feature the whole crew, he said), and he calls his compadres fellow Nashville outsiders — guys talented enough to play the game, should they choose, but are better suited as the authentic torchbearers of the city’s genuine sound.

“We’re the dark underbelly of country music,” he said. “Lucky for us, country music as a commercial thing has kind of created this market for us. Mainstream country music is kind of polarizing, because it’s not really country — and some people still like country music.”