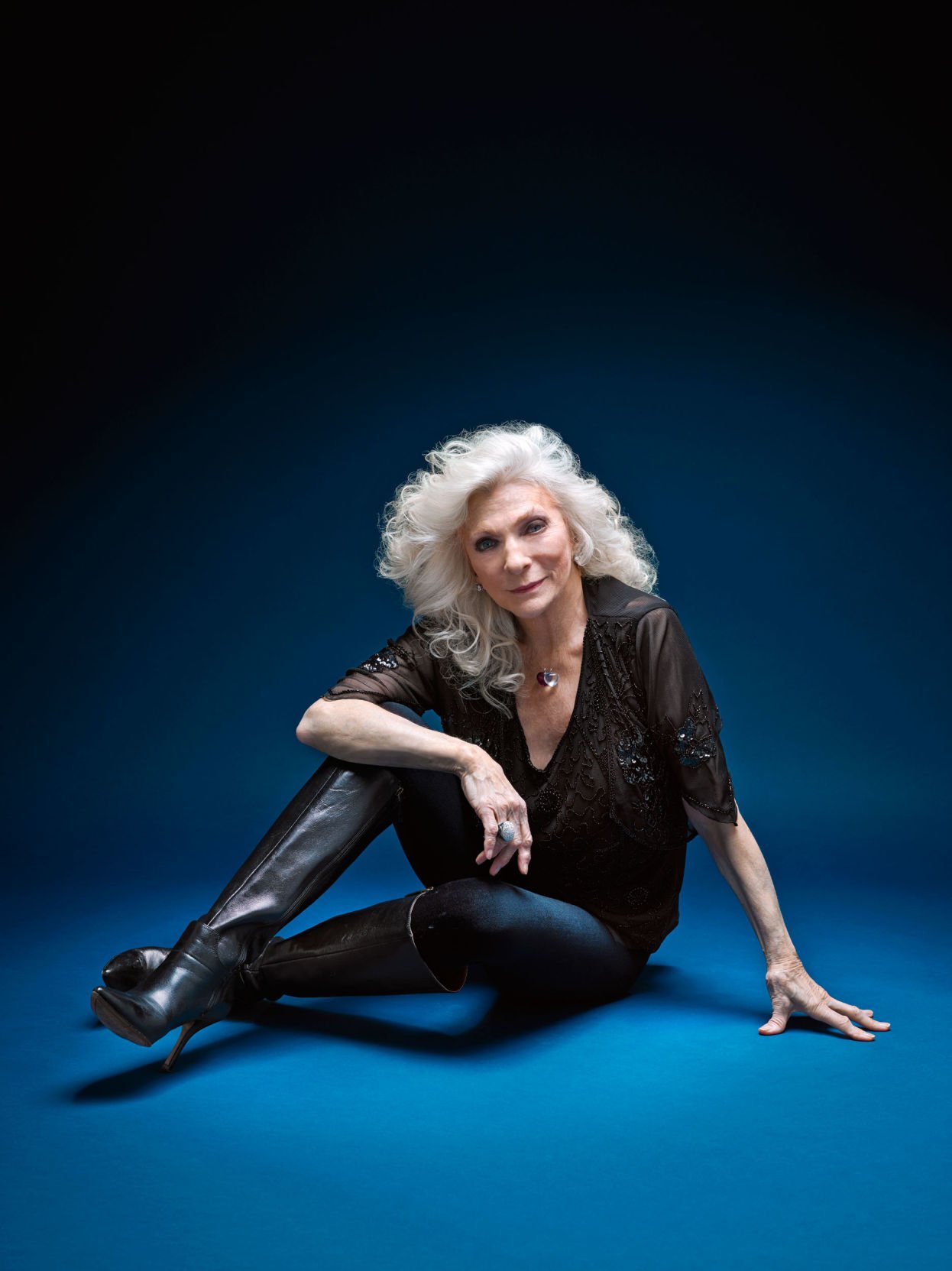 Judy Collins will perform Sunday at the Clayton Center for the Arts. 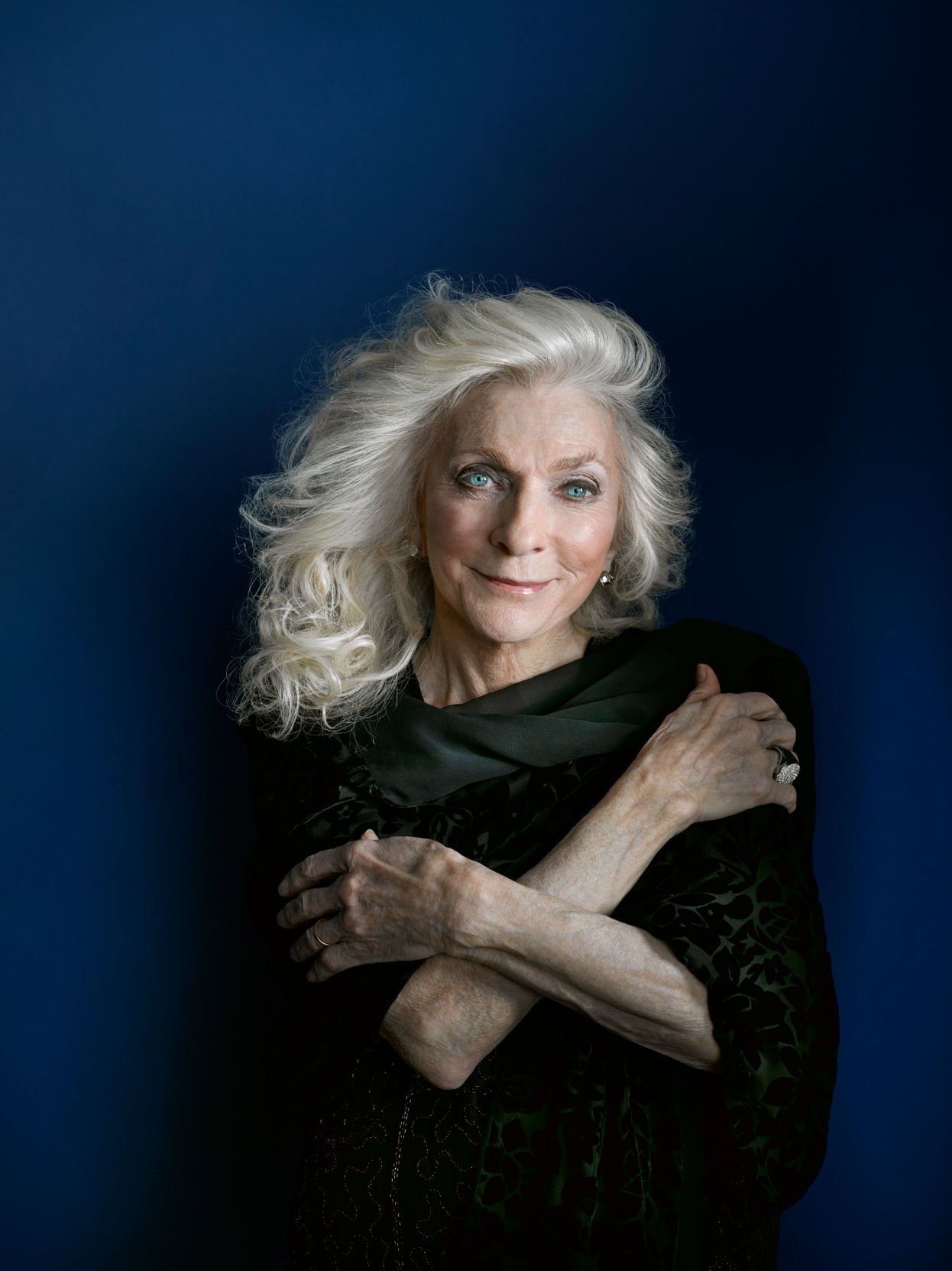 Judy Collins will perform Sunday at the Clayton Center for the Arts.

He might have mentioned it more than 60 years ago, that scruffy-looking Minnesota kid named Robert Zimmerman, back when Judy Collins first met him at the Gilded Garter Saloon in Central City, Colorado.

That was before he changed his name to Bob Dylan, and he and Collins, whose family had moved to Denver in 1949, were running in the same traditional circles, treading familiar ground first plowed by Woody Guthrie and feeling the inexorable pull toward a burgeoning new movement.

Not long after, Collins — who brings her long and storied career to the stage at the Clayton Center for the Arts on Sunday — packed up her bags and headed east, landing in New York’s fabled Greenwich Village at the height of the folk renaissance.

“I knew Tom Paxton; I hung out with Dylan and Eric Andersen and Phil Ochs, The Clancy Brothers and Eric Weissberg — the whole gang, so to speak,” Collins told The Daily Times recently. “There was just a whole batch of friends and people that I sometimes performed with, like Pete Seeger, because he and I were managed by the same guy. And then there were the Guthries — Arlo, of course, was just a teenager at the time, but I was just crazy about him. He was a wonderful person, and funny, and a great writer.

“It was an amazing thing, and a magical time, no doubt about it. It was also very difficult, because you’re starting out and working in a place and at a time that’s new and fascinating and full of pitfalls, but also very, very dreamlike, I must say. I was able to sing all over the country, and pretty quickly in many parts of the word, because I had an advantage in that I was able to do songs by other writers. I was lucky I could record the songs of others, and so I was just blessed, because there were so many singer-songwriters running around the Village.”

Having a ringside seat to history is one thing — but having a hand in helping shape popular music and popular culture is an honor that’s not lost on Collins, despite her longevity in the business. Although she’s a literal folk icon — as well as the inspiration for one of Crosby, Stills and Nash’s most famous hits, “Suite: Judy Blue Eyes” — she remembers well those heady days when songs seemed to float through the ether of clubs like Gerde’s Folk City, waiting for an artist tuned to the proper frequency to snatch it out of the air.

It would be another several years before Collins would try her hand at writing her own songs, however. In 1961, she recorded her debut album, “A Maid of Constant Sorrow,” and her career’s foundation was built on a voice that sounds like few other female singers out there. She turned 82 this year, but the control of her range, and her ability to extend a vibrato to a song should it need or sing it clearly and cleanly, is a gift she nurtures to this day, she said.

“I try to sing every day, and of course that makes a big difference,” she said. “I’m lucky, because I’ve had a lot of good training with a great teacher for many years, and that helps. He once said to me, ‘You should be able to sit up out of a deep sleep and sing well,’ so I long to be doing that, and I practice so that I can.”

In those early years, songs like Seeger’s “Turn, Turn, Turn” and Dylan’s “Mr. Tambourine Man” helped expose those artists to a broader audience, and in 1966, she recorded the album “In My Life,” which featured “Suzanne” by a then-unknown Leonard Cohen.

“After I recorded it, it quickly became a standard, in a way, of folk music, and Leonard said to me, ‘I would like you to record many of my songs,’” she recalled. “I said, ‘I certainly will, but then he said, ‘I don’t understand why you don’t write your own.’ So I went home, sat down at my piano and wrote my first song, and I haven’t stopped since.”

That composition, “Since You’ve Asked,” wound up on her 1967 record “Wildflowers,” which also included one of her highest-charting songs: a cover of Joni Mitchell’s “Both Sides, Now.” That song also won her a 1969 Grammy for Best Folk Performance, and in the mid-1970s, her version of Stephen Sondheim’s “Send in the Clowns” won another Grammy, and ever since the song has become a staple of Collins’ repertoire.

She continues to record, perform and write, and is in fact working on a follow-up to her 2011 autobiography, “Sweet Judy Blue Eyes: My Life in Music.” Ever since she wrote her first song, she’s had a composition of her own on almost every album she’s recorded, and continuing to put pen to paper — whether for a book or for a new collection of tunes — helps keep her grounded, she said.

“I think that art is the way we learn to live through what’s happening on the planet, and I don’t think there’s any other way to get through this,” she said. “Whether it’s painting or singing or poetry, and I’ve written a lot of poetry in the last six years or so on a lot of subjects — politics, but also the Sturm und Drang of life.”

Such as the suicide of her only son, Clark, who died in 1992. In the years since, she’s become a passionate advocate for mental health awareness and suicide prevention, and one of the last times she was in East Tennessee was 10 years ago to promote the cause at a Knoxville fundraiser for CONTACT Helpline. Coming back to perform at the Clayton Center — with her longtime music director and pianist Russell Walden — will give her an opportunity to revisit her old repertoire and introduce fans to new material, she said.

“I have a brand new CD coming out in February called ‘Girl from Colorado,’ and it has all kinds of new songs of mine, and I am actually going to be singing some of those songs in the show,” she said. “I’ll be doing some of the old favorites — ‘Both Sides, Now,’ ‘Send in the Clowns’ — and it will give the audience a chance to get a long look at Judy Collins: what I’m doing now and what I did then.”

And in many ways, those two versions of herself, while separated by the years, aren’t that different. They both exist to serve the song, and the mine it for beauty that can be shared with others, she added.

“That’s the main thing — we all have to do everything we can for beauty’s sake,” she said. “I just want to encourage anyone to do your best in the society in which you live, to carry on your hopes and highest dreams. That’s the thing we have to do, what we have to live up to. And don’t think you don’t make a difference, because we all do!”

An Evening with Judy Collins

COVID PROTOCOLS: Masks are required in the Clayton Center