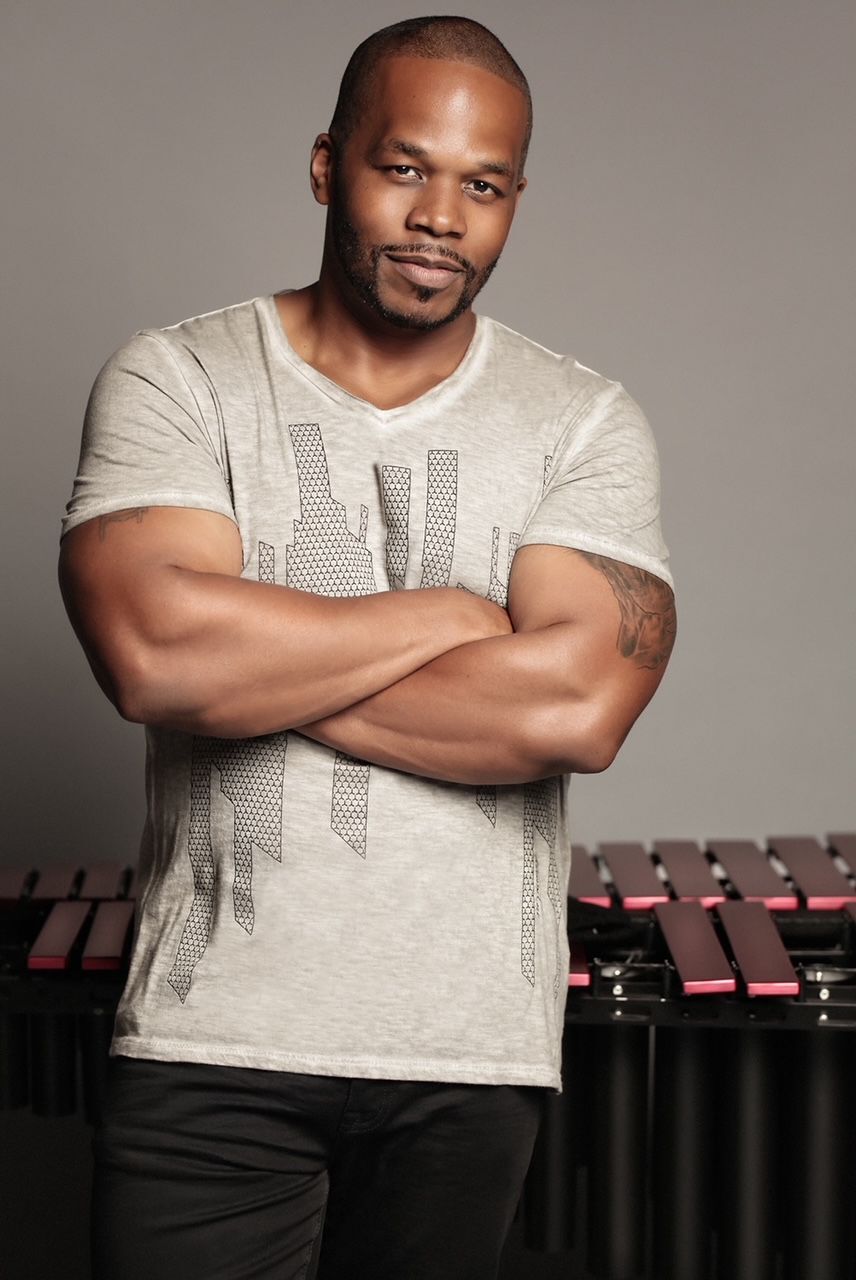 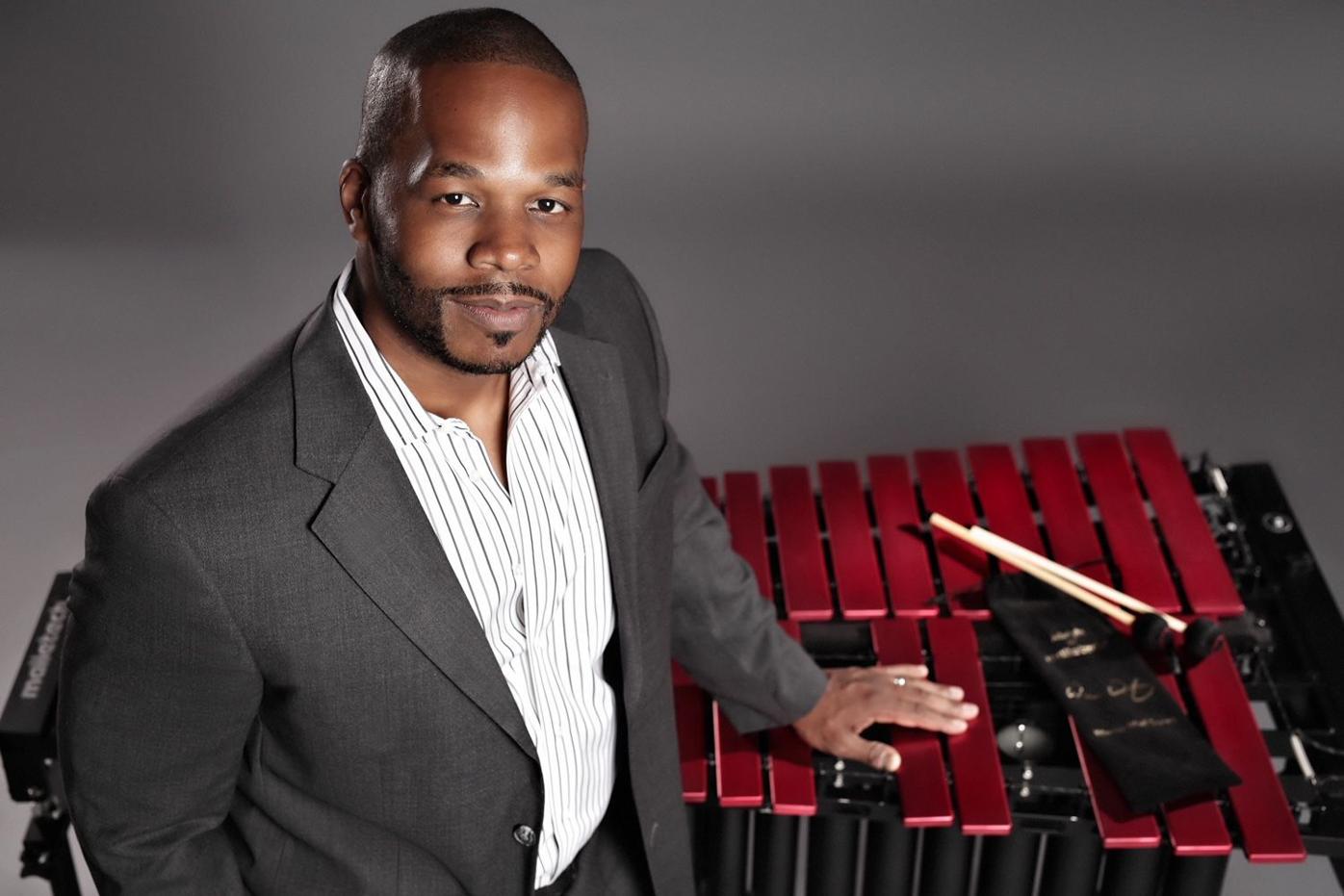 As an internationally recognized jazz player, multi-instrumentalist Warren Wolf likely has a vast collection of records in his Baltimore home.

Chances are probably better than 50/50 that a few of them are by the late New Orleans legend Allen Toussaint, arguably a master of R&B and an influence on younger players from a wide variety of genres.

Good as the song may be, however, one of Toussaint’s biggest hits — “Mother-In-Law,” recorded by Ernie K-Doe in 1961 — likely doesn’t get a lot of air time in the Wolf household. After all, Wolf told The Daily Times recently, his renewed interest in holiday music — including Tuesday’s performance with the Knoxville Jazz Orchestra at The Tennessee Theatre in downtown Knoxville, as well as his 2020 release, “Christmas Vibes” — is all due to his own MIL.

“I gotta be honest with you, making the holiday record was something that I did not want to do,” Wolf said with a chuckle. “It’s not that I don’t like Christmas holiday music; it just wasn’t on my radar. Usually when I’m putting out records, I’m always trying to play my stuff instead of other music that a lot of people typically do 50 times a year. It seems like everyone’s always doing a holiday record.

“But my mother-in-law was the main influence on this record. She’s always been on my case about just trying something different; for example, she wants me to do a children’s record. But a couple of years ago, she came to me and said, ‘How about you do a holiday record?,’ and I said, ‘No, I don’t want to do that!’”

During the 2019 holiday season, however, Marianne Matheny-Katz and Howard Katz of Baltimore, two influential members of the nonprofit Jazzway 6004 alliance, asked Wolf — perhaps best known as a vibraphonist, but equally adept on the piano and percussion — to fill in for tenor sax player Tim Warfield, who was unable to perform the annual gig at the Katz home.

“I said sure, because I like playing there. It’s a nice house, and the vibe is always nice and warm, and a lot of people usually come by,” Wolf said. “I decided to take a few of my favorite Christmas tunes and slightly rearrange them for a quartet, and I took an older song that I had recorded for a Mack Avenue (his record label) compilation, called ‘Carol of the Bells,’ and it went over great.

“People really loved it. It was swinging, it was funky, it was bluesy, it was everything you could have hoped for. And my mother-in-law told me, ‘See? I told you people like this kind of stuff!’”

Certainly, parental figures have played influential roles throughout Wolf’s career. His own father, Warren Wolf Sr., started him on vibraphone, marimba, drums and piano when he was just 3, and throughout his childhood, his education was steeped in classical music. After enrolling at the Berklee College of Music in Boston, however, he began to expand his repertoire, studying with Caribbean jazz vibraphonist Dave Samuels and immersing himself in the Boston music scene, including a two-year gig as the house drummer at the historic Wally’s Cafe Jazz Club.

After graduation, he became even more active around Beantown, returning just two years later to Berklee as a percussion instructor and moving back home to Baltimore in 2005. Since then, he’s toured with the Rachael Price Group, alto sax player Tia Fuller, the Donal Fox Group, Bobby Watson and as a member in good standing of Christian McBride’s band, Inside Straight. His work as a sideman has led him around the world, as well as to studios where he’s cut a number of albums under his own name — and featuring an array of jazz luminaries, including Mulgrew Miller, Darren Barrett, Jason Palmer, Kris Funn, Tim Green and more.

Already, his 2022 schedule is packed, beginning with performances during the second weekend of January, followed by appearances at the Tucson Jazz Festival and a jazz cruise, where he’ll perform with his own quartet, as well as McBride. Scheduled releases include one as a member of Inside Straight and with the SF JAZZ Collective, the latter of which will release an album of music in late winter “about how crazy the country was over the past four or five years,” Wolf said.

After that particular holiday season 2019 gig, however, he heeded the advice of his mother-in-law and went about putting together another all-star lineup, this time to join him in the studio in March of the following year to cut a Christmas album. Mack Avenue was on board because while Christmas jazz albums abound, Christmas vibraphone records do not, and so the green light was lit ... until COVID-19 came along, Wolf said.

“At that point in time, it was even before they were recommending masks, but people were worried,” he said. “The guys at Mack called and asked if we were still doing the record, and we were still scheduled, up until the night before. Not the day before — literally at 11 at night, when we were supposed to be in the studio the next morning, and my piano player pulled out, because he was worried about COVID.

“Instead of trying to search for a last-minute pianist, I said to myself, ‘Warren, you play piano very well!’ So it made for longer sessions and more work for me, but at the end of the day, it all worked out. We knocked out 13 songs on Day 1, and on Day 2, I went in and started overdubbing everything, adding vibes and Fender Rhodes and percussion and Logic sounds.”

The end result is a familiar collection of holiday tunes that resonate with the crystalline chimes of Wolf’s vibraphone expertise. They don’t overpower the songs but instead transform them in a way that accentuates the clarity without losing the warmth of tradition — which is exactly what we wanted, he said.

“I didn’t want to mess with the material and rearrange so much that people wouldn’t recognize the music,” he said. “For me, there’s that sense of familiarity to Christmas music that’s necessary. People know the music already, which is why we tried to do a lot of familiar tunes but also some you might not expect. One that I really loved was Tchaikovsky’s ‘Dance of the Sugar Plum Fairy.’”

”Another one that we put a different spin on is ‘Happy Xmas (War Is Over)’ by John Lennon. Normally, when John performed that song, it has a slow, waltzy feel, but I decided to take it away from that and give it a classic rock feel. And I think it came out great.”

Tuesday’s performance with the Knoxville Jazz Orchestra — billed as the ensemble’s regular “Swingin’ Christmas” show — originally was scheduled for 2020, when KJO bandleader (and Blount County native) Vance Thompson first contacted Wolf about traveling to East Tennessee for the collaboration. Patrons will get to see Wolf on vibraphone, but he’ll also play a little piano and even sing a bit, he added.

”We’re going to play a great deal of the songs on the Christmas record,” he said. “Probably the only tune we won’t play is the original I wrote, ‘Wake Up Little Kids It’s Christmas,’ which describes what goes on in my household on Christmas morning.”

It’s a different sort of affair than holidays from his childhood, except for one thing: the emphasis on family. Wolf Sr. was an ardent observer of Kwanzaa, but the family would visit relatives and enjoy fellowship more than any sort of gift exchange, he said.

”My attitude has always been, and kind of still is, that I can give you a present any day, but the main thing is spending quality time together,” he said. “Even in my own household, I love watching my kids go through everything, but being together is what’s most important to me, especially given my crazy schedule.”