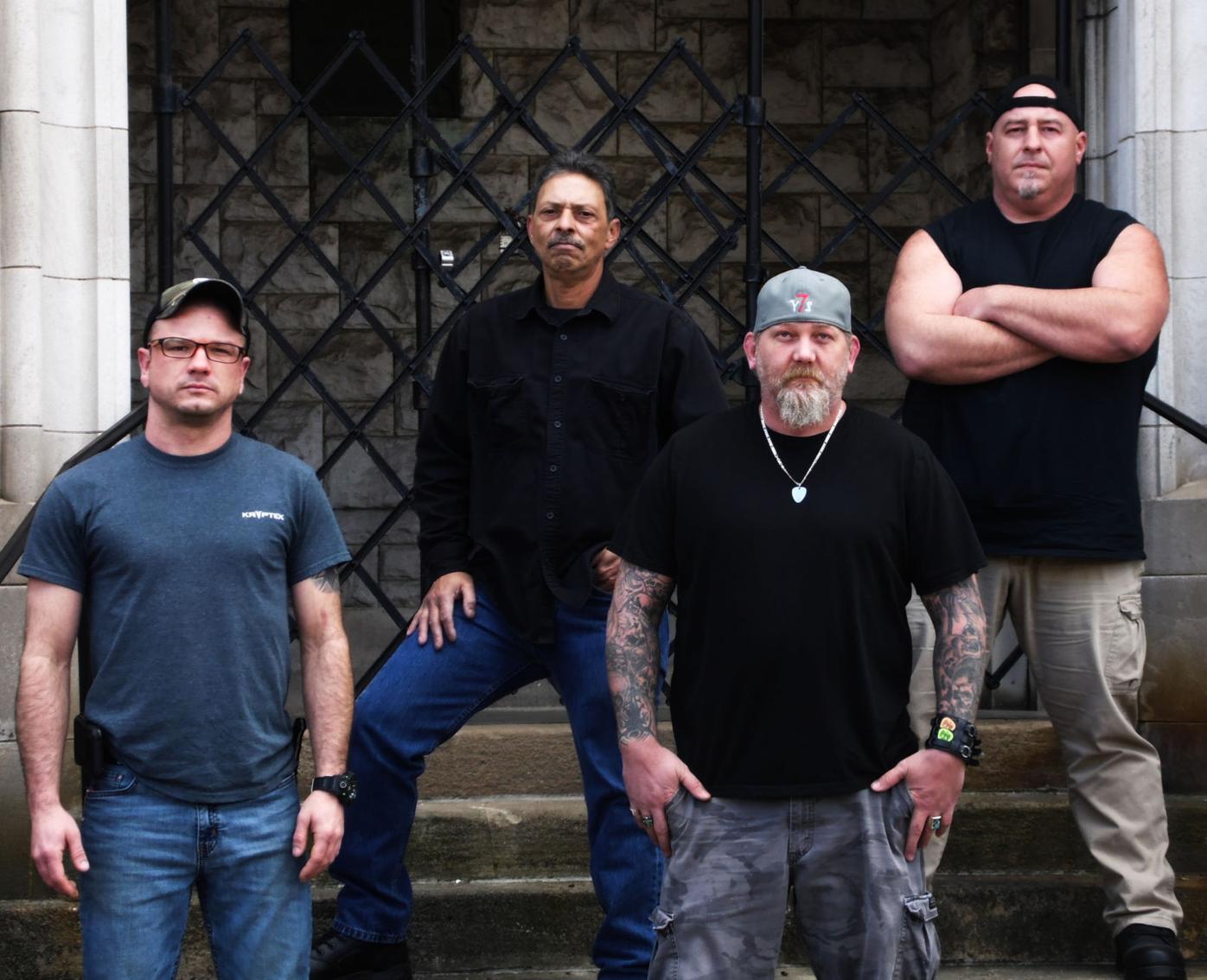 Seven Year Sideshow has performed everywhere from a steel cage at a local wrestling match to the Bissell Park Amphitheater in Oak Ridge, and Friday, the band will play Maryville.

Seven Year Sideshow has performed everywhere from a steel cage at a local wrestling match to the Bissell Park Amphitheater in Oak Ridge, and Friday, the band will play Maryville.

It was a chance encounter that led Sam Keys and Andrew Staley back together.

The pair makes up half of the rock band Seven Year Sideshow, which performs Friday at The Bird and the Book in Maryville. For years, the duo was part of the local scene as AfterLife, which rode a wave of local metal popularity around the East Tennessee scene before the guys parted ways several years back, Keys told The Daily Times recently.

“AfterLife really just kind of fizzled out,” he said. “It was hard for Andrew (a graduate of Alcoa High School), because he had just had his first child, and for a little while we were able to make it work, but eventually it started getting in the way of life. For three or four years, we just kind of drifted apart.”

Keys continues to live in Morgan County’s Sunbright community, but even though his old band reached the end of its lifespan, playing rock ’n’ roll is in his blood. Like so many local rockers, it’s a calling as much as anything else, because he’s been doing this long enough to realize that record deals and stadium shows are the domain of the lucky few.

Not that the guys in Seven Year Sideshow would turn down such opportunities, but for a musician like Keys, who drives an hour to practice and has a long haul home after gigs end in the early a.m. hours of a Saturday or Sunday morning, it’s their therapy. When his body reminds him of his age, or the vagaries of life grate on his nerves, there’s always a bass guitar and a group of buddies with whom he can push back against monotony, tedium and discontent.

“What am I going to do, not do it? I don’t think so,” Keys said. “This is honestly all I know to do. I play music, I write songs and I want to get out and play with these guys. When I’m at rehearsal, in my head there’s 100,000 people there watching. I give it as much as I can, as much as my body allows.”

“He’s got a style of his own, and when we started playing together, he told me, ‘Most of the time when I throw these riffs at other musicians, they can’t do anything with them,’” Keys said. “But we just clicked. He would throw me stuff, and I would be like, ‘Let’s do this. I’ll jump on whatever and throw lyrics at everything.’

“With Dawg, he’s got a passion and a drive, and I’ve not found a lot of people who match that in me. I’ll be 100 years old and still playing music the best I can. I’ll never stop, and Dawg, he’s the same way, and that’s our foundation.”

Eventually, they found a drummer in Sandy Pino, a Knoxville-based musician whose playing is the timing belt of the band’s groove. When he and Keys lock in on a song, whether it’s the grungy dirge of an Alice in Chains-style rocker or the scattergun-style riffing of a song like “Encumbered,” there’s an undeniable ferocity that Seven Year Sideshow brings to the stage, but in the beginning, Keys said, they lacked one thing.

“At the time, I was singing and playing bass for Seven Year Sideshow, and the whole time, I kept telling the guys, ‘We need a singer, because I’m not a singer!’” he said. “I love doing some backup vocals, but I was doing everything.”

In March 2020, the band landed an opening slot at The Open Chord in West Knoxville for former Motley Crue singer John Corabi. The gig went well enough, but the biggest delight, Keys said, was looking out into the audience and seeing Staley. Pino and Wine asked Keys afterward if Staley might not be the singer they were looking for.

“I told them, ‘I just don’t think he’s doing it anymore, but we should call him,’” Keys said. “We invited him to come up to my place, and I threw some stuff on the grill, and we just chilled out. Afterward, I grabbed my acoustic and started playing a couple of old AfterLife tunes, and Dawg had his guitar and jumped right in, and even after four years, Andrew jumped on it.

“It was just there. As soon as we played together again, it was there. That guy sings my lyrics like nobody’s business, and he’s a damn good lyricist in his own right.”

Staley was in, and the foursome immediately hit the studio. They recorded both a full-length album and an EP, releasing them at the same time, and have spent most of 2021 promoting the records where they can. For Keys, the work has been like getting behind the wheel of a long-forgotten muscle car, one that’s been stored in an old barn and allowed to collect a little dust but still eats up blacktop like it just rolled off the assembly line.

“In the eight years Andrew and I were together in AfterLife, we made four records, played 300 something shows and did a lot of things — but we never wrote a song together,” Keys said. “It was either my songs or his songs. This band, Andrew and Dawg wrote a song that finished out the EP, and since then, writing for the next record, we’re all collaborating. It’s magic, and it’s growing, man.

“We’re a little more mature, but not too mature! We joke all the time, and I’m like a big kid, just rocking out. The only time I realize my age is after the fact!”

Which makes Friday’s show at The Bird and the Book both a callback to old times and a cautionary tale for aging rockers, Keys added with a laugh. The bill, which also features Miles/Ingle, has been christened “Walloween,” a throwback to Miles/Ingle frontman Wally Miles’ days as a Blount show promoter who threw multiday festivals known as Wallypalooza. This weekend’s event is a more scaled-down affair as far as revelry goes, Keys said, but the intensity from the stage will still be the same.

“Any time I see Wally’s doing something, I’m like, ‘We’ve got to get on that, because it’s just too much fun,’” Keys said. “And plus, we just want to get out there. We’re still a brand new band, and we’re still building up our name.”

Steve Wildsmith was an editor and writer for The Daily Times for nearly 17 years; a recovering addict, he now works in media and marketing for Cornerstone of Recovery, a drug and alcohol treatment center in Blount County. Contact him at wildsmith steve@gmail.com.

Careful What You Wish For (live) Seven Year Sideshow