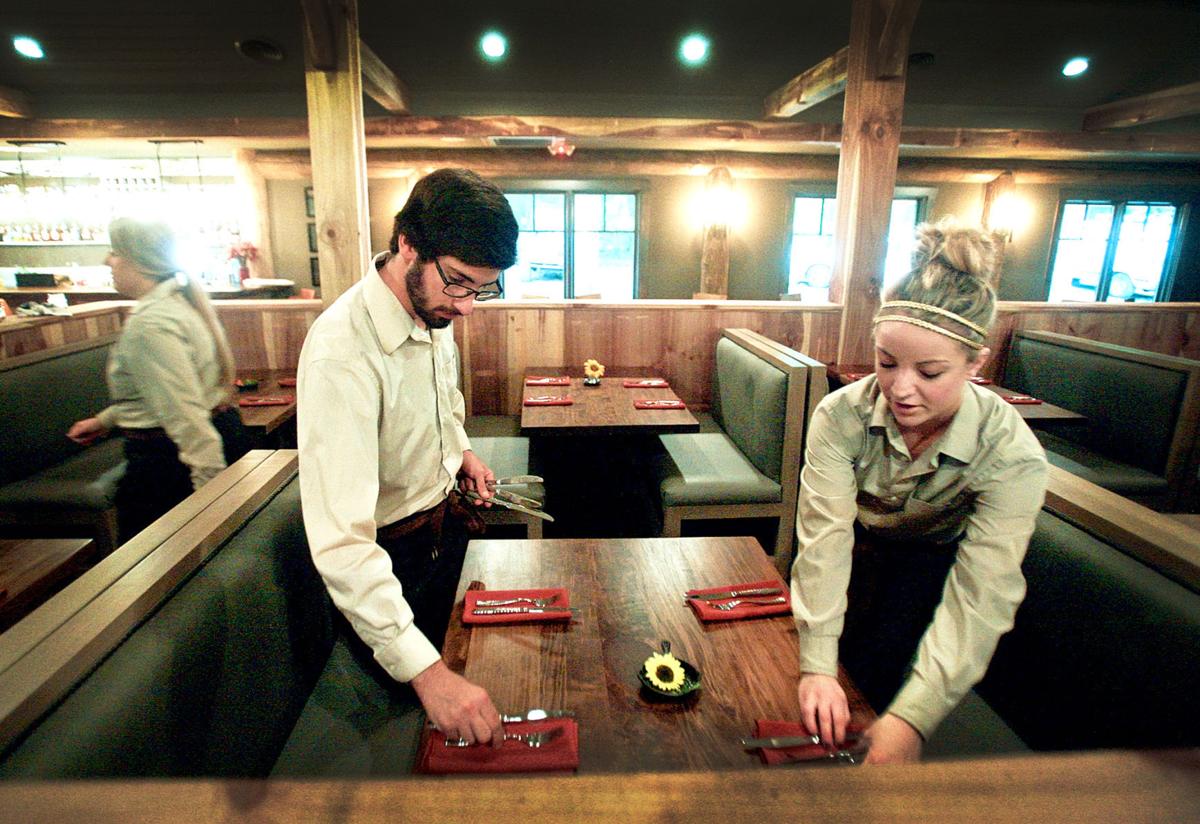 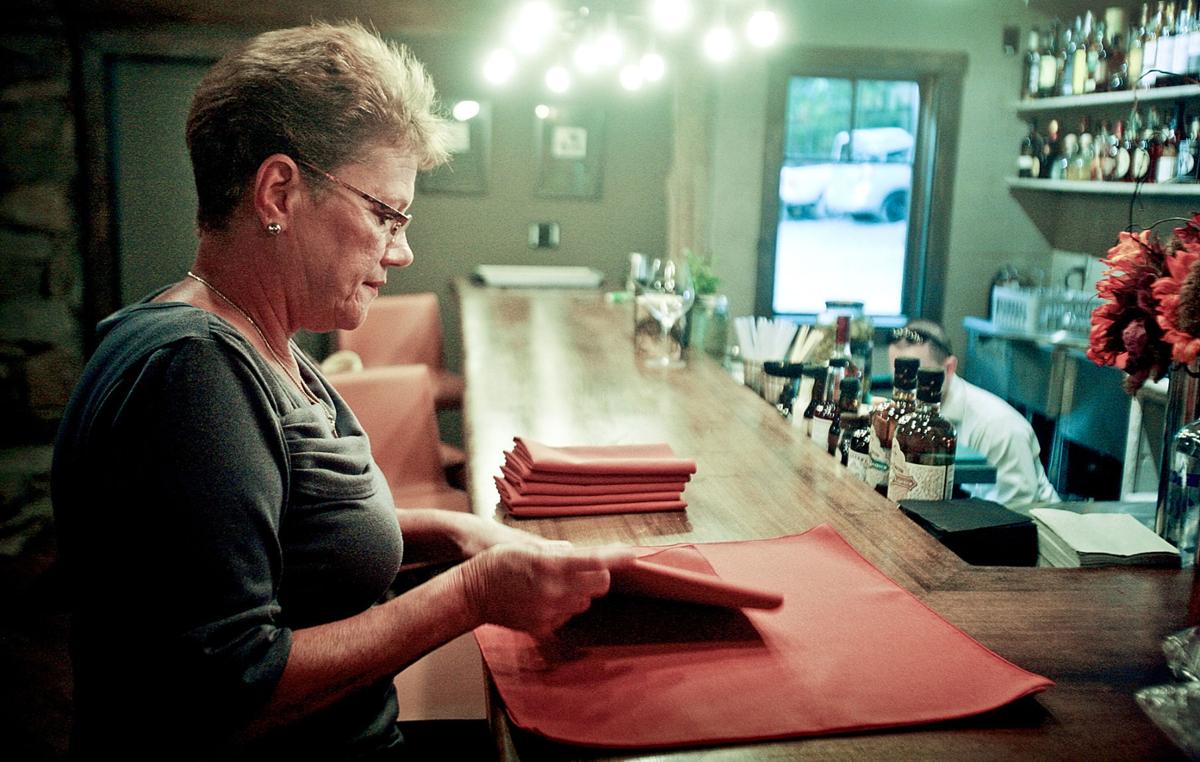 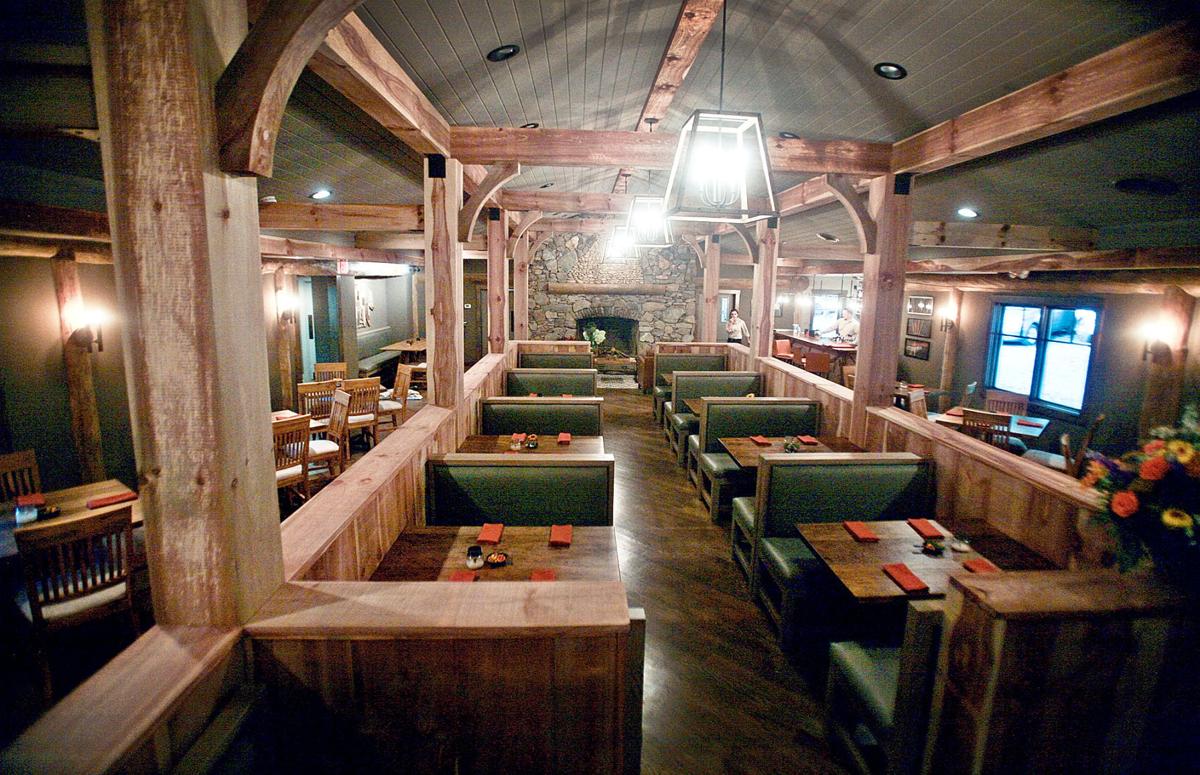 Internal shot of Appalachian Bistro and Event Center at Dancing Bear In Townsend. 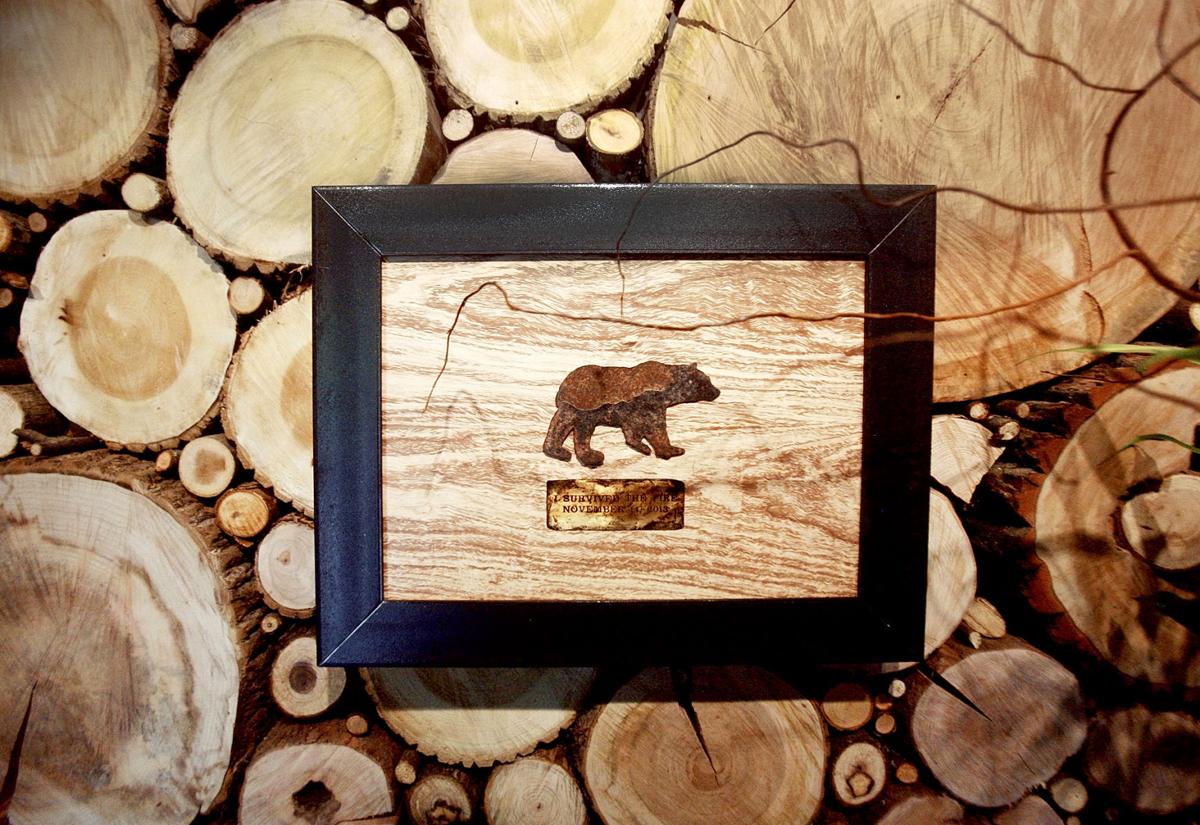 A Plaque that survived the fire from Dancing Bear Lodge hangs on wall inside Appalachian Bistro and Event Center at Dancing Bear In Townsend.

Internal shot of Appalachian Bistro and Event Center at Dancing Bear In Townsend.

A Plaque that survived the fire from Dancing Bear Lodge hangs on wall inside Appalachian Bistro and Event Center at Dancing Bear In Townsend.

The Dancing Bear Appalachian Bistro opened for service this weekend, bringing a premier Townsend resort closer to its former glory after a fire destroyed the restaurant and lodge in November 2013.

More than 100 reservations were made for the restaurant’s official opening Friday night, said director of sales Christi Silliman.

Silliman said that while the restaurant holds many nods to the original Dancing Bear Lodge, new owners Mark and Sharon Oldham have added their own touch to the property.

“Some of the nicest features, I think, that we’re including in the new bistro are a nod to the history and heritage of the property,” Silliman told The Daily Times during a recent tour of the restaurant.

One such nod is a small bear figure that was found in the area of the original lodge. The bear has been framed and hangs on a wall of the restaurant with an “I survived the fire” sign.

Dancing Bear has already hosted one wedding in July on the new event lawn and concert stage. Silliman said they have three more weddings booked for October, and four booked for 2016.

She said the staff has gotten questions about whether or not they will rebuild the lodge.

“Mark and Sharon are strongly considering in 2016 rebuilding a lodge or inn,” she said. “The immediate need was a restaurant, so they decided to do two phases (of rebuilding). In 2016, we anticipate the addition of more wonderful things to come here, perhaps a lodge, perhaps some other things too, but based on what we’re looking at right now with occupancy rates, we’re seeing that more rooms are probably going to be needed.”

Sharon Oldham, who purchased the Dancing Bear with her husband Mark for $1.25 million in September 2014, said they’re well aware that the Townsend community has high expectations.

“It’s a huge weight on our shoulders because when we meet people they say ‘I remember where I was when the fire happened,’” she said. “I think everybody will be happy with what we did, but there might be some people who might say ‘well, this isn’t what it looked like.’”

Oldham said the last three weeks have been a big push to get the restaurant ready to open, but they feel confident it will live up to peoples’ expectations.

“All the food is authentic Appalachian style redefined with a little sophisticated flair. There is a story behind every dish, we also have field-to-table craft cocktails, and there’s a story in every glass,” Silliman said.

The kitchen is led by Executive Chef Shelley Cooper, and the culinary staff picks fresh produce from an on-site garden to use in their dishes and cocktails.

Sous Chef Jeremiah Dennis said the menu will change depending on what produce is in season.

“Something that’s unique about our menu is that Chef Cooper and I use our roots, we both come from families that are very rich in East Tennessee and North Carolina Appalachian heritage. So we’re taking the ingredients, the dishes we grew up eating with our families, we’re elevating that a little bit to a formal bistro setting and really trying to offer something new in this area that’s a rediscovery of the traditions that used to be very rich in this country,” Dennis said.

The Dancing Bear Appalachian Bistro is open 4-10 p.m. Tuesday to Sunday. Reservations are recommended, and can be made by calling 800-369-0111, or by visiting www.OpenTable.com.