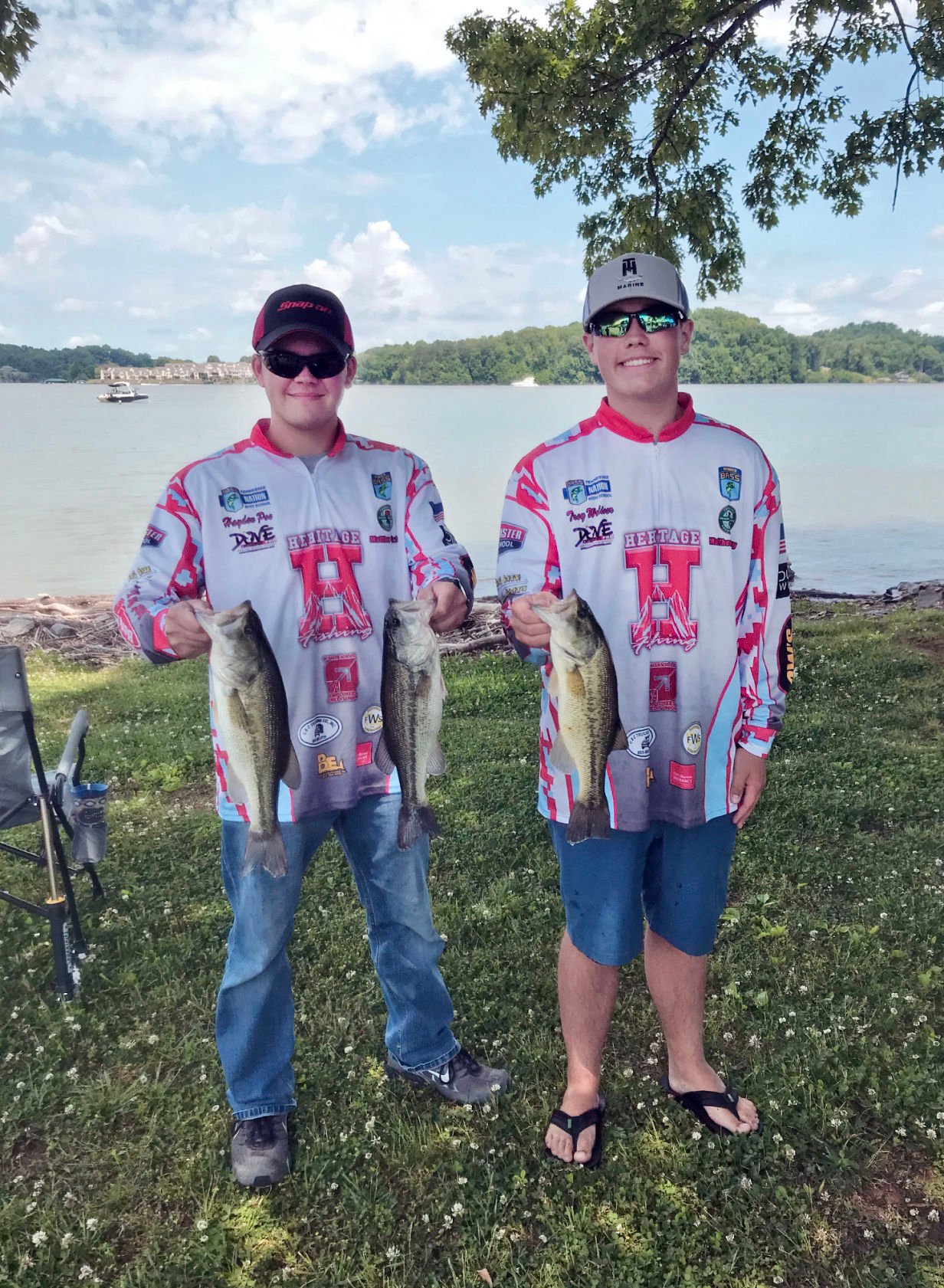 Anglers Hayden Poe (left) and Trey Woliver of the Heritage Fishing Team pose with their catches May 23 at Louisville Point Park. 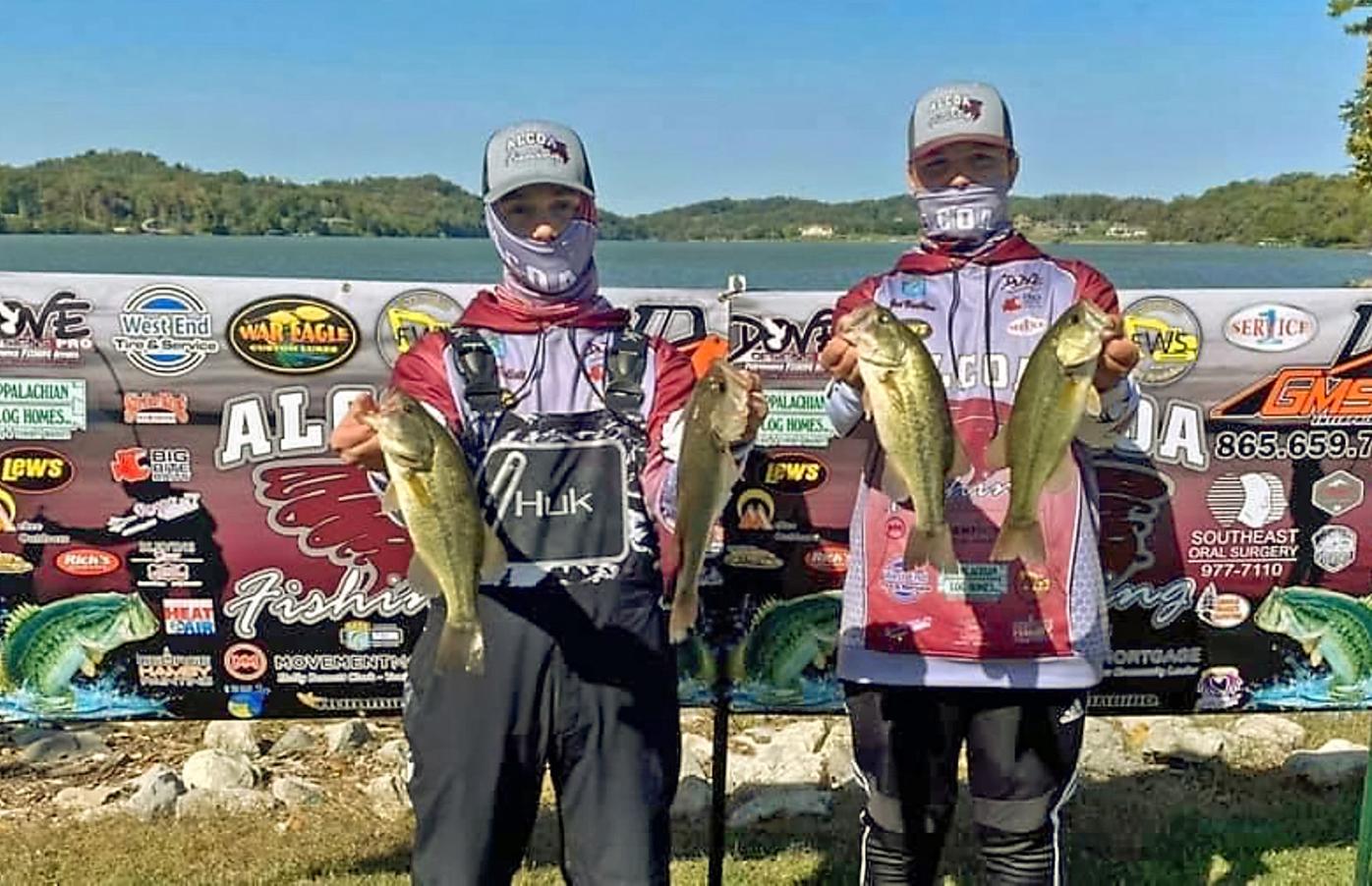 Anglers Pierce Tollett (left) and Joe Vaulton from the Alcoa Fishing Team pose with their catches at Louisville Point Park on Oct. 18. 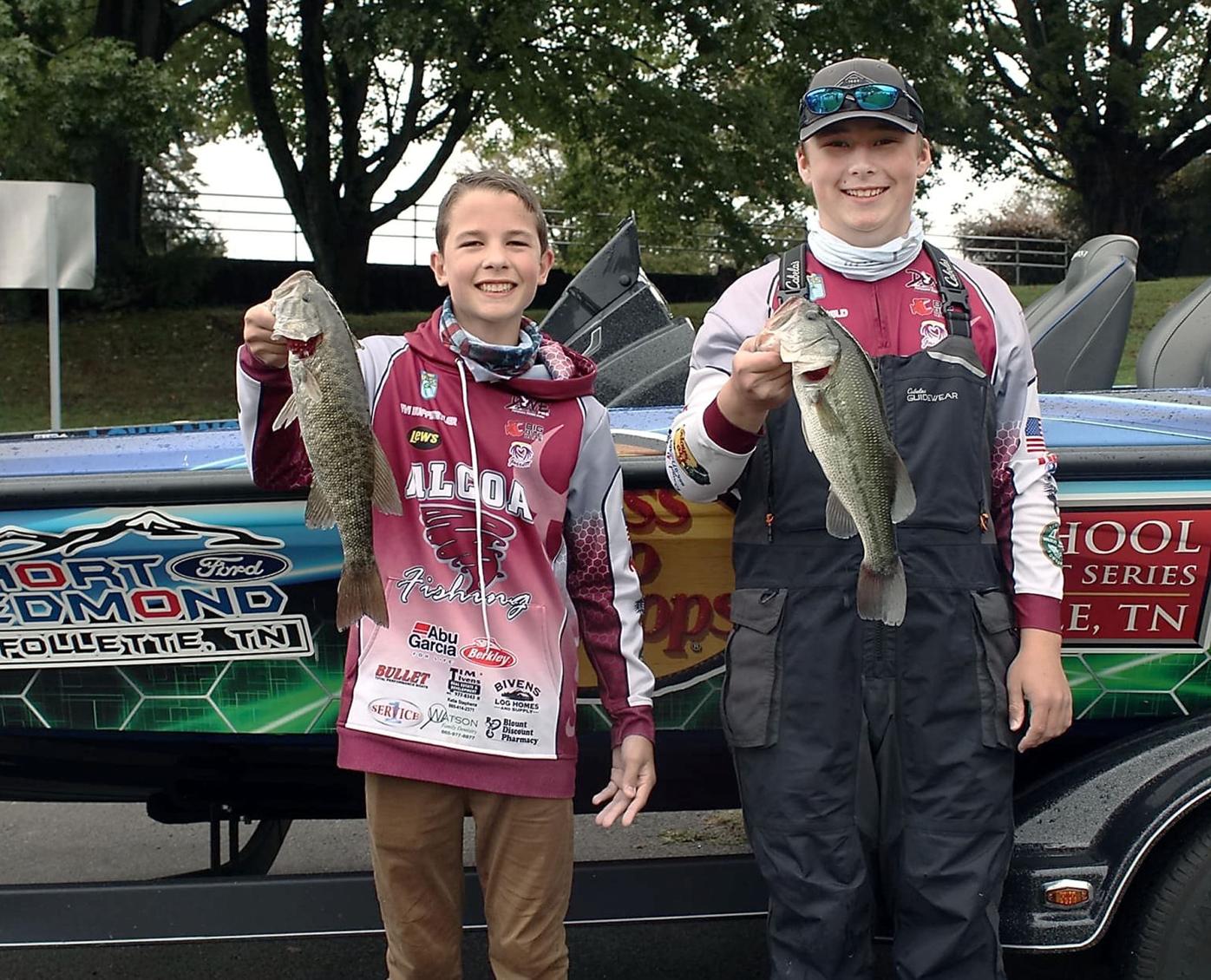 Junior anglers Levi Huffstetler (left) and Jackie Hatfield with the Alcoa Fishing Team pose with their catches on Oct. 10 at Cherokee Lake. 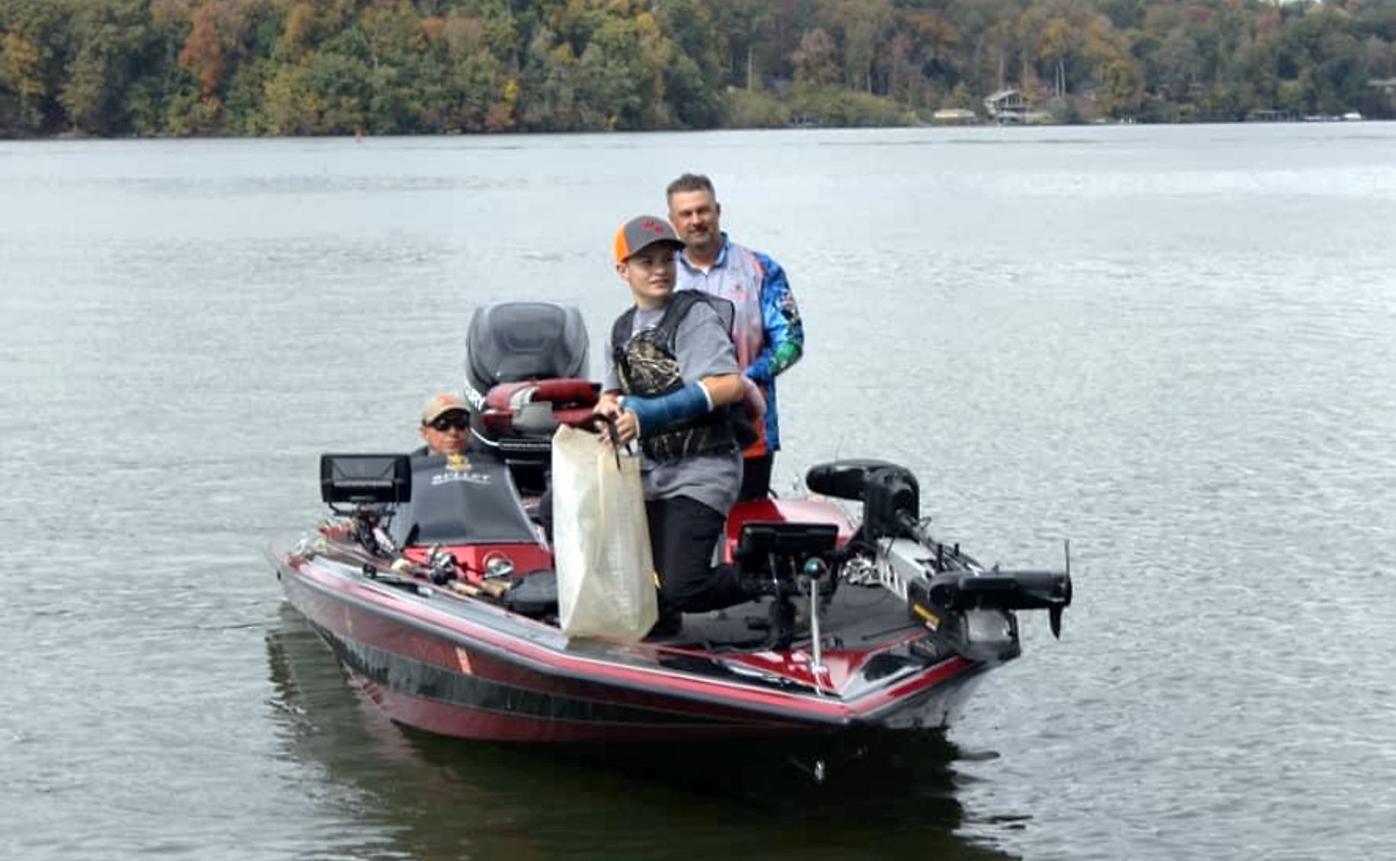 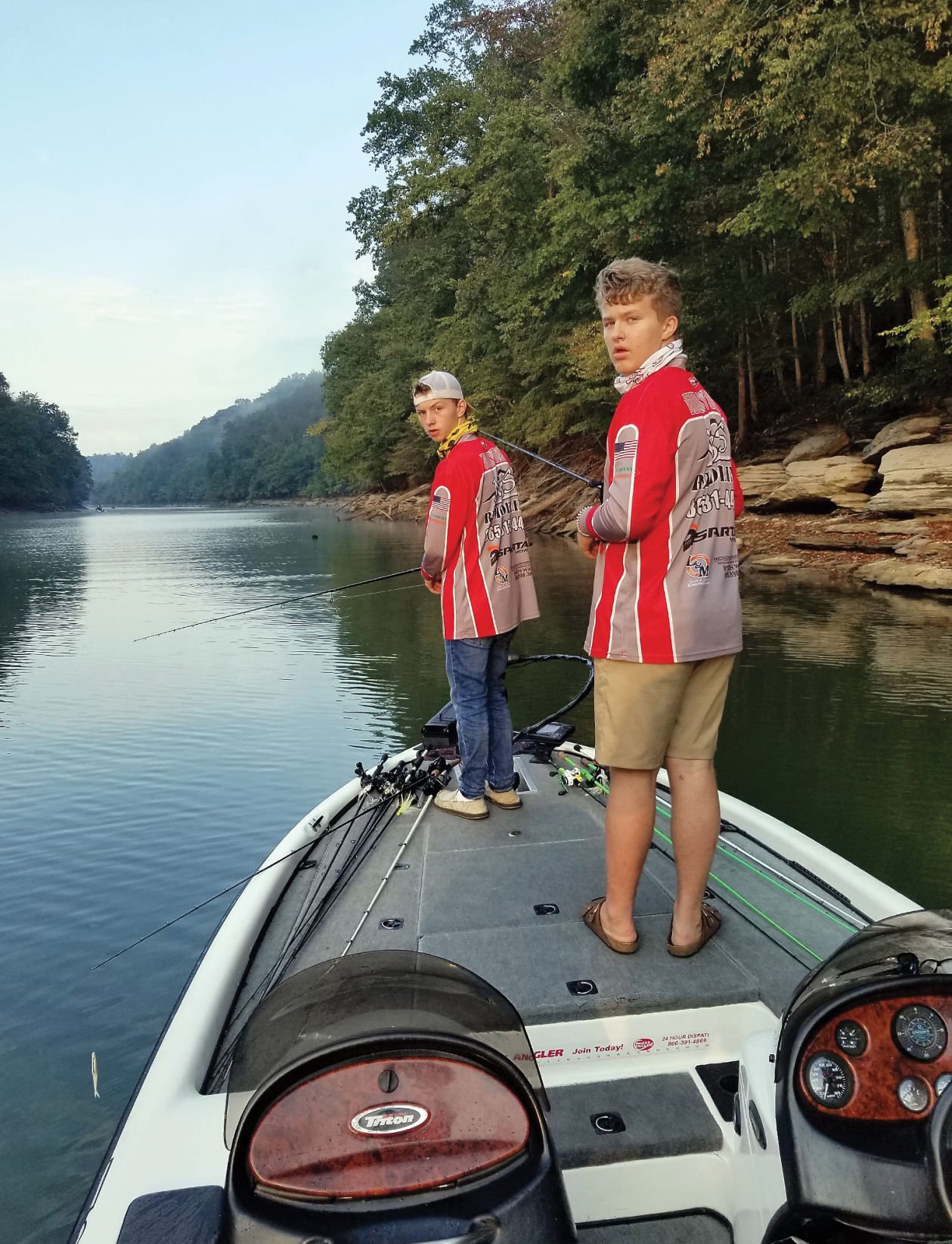 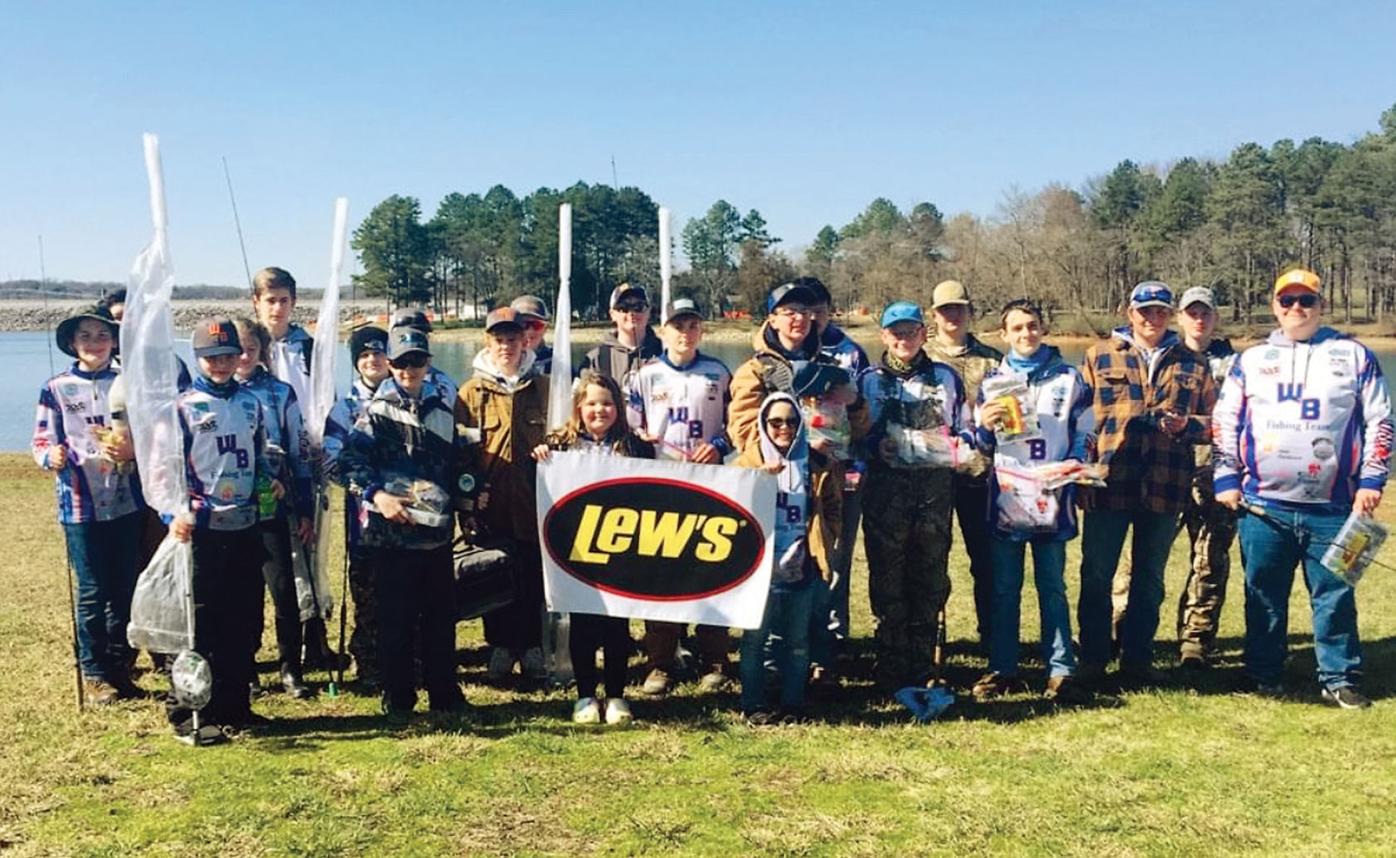 Anglers Hayden Poe (left) and Trey Woliver of the Heritage Fishing Team pose with their catches May 23 at Louisville Point Park.

Anglers Pierce Tollett (left) and Joe Vaulton from the Alcoa Fishing Team pose with their catches at Louisville Point Park on Oct. 18.

Junior anglers Levi Huffstetler (left) and Jackie Hatfield with the Alcoa Fishing Team pose with their catches on Oct. 10 at Cherokee Lake.

Three fishing teams have formed in Blount County since 2018, with more than 130 middle and high school students competing this fall.

Local growth in the sport mirrors what is happening across Tennessee — one of the largest competitive fishing states in the country.

“The sport is growing so fast, we can’t keep up. Last year in Tennessee there were more student anglers enrolled than any other state in the U.S. That doesn’t sound that big, but you’re competing against states like Florida, Louisiana and Texas,” said J.J. Larue, coach of the 60-member Alcoa Fishing Team.

He credits the rapid growth of competitive fishing to the rise of social media.

With platforms including YouTube and Instagram, young anglers are able to connect and watch content from professional fishermen and women. Companies that sponsor teams also know that the teens are the future of the industry, Larue said.

Adam Woliver began the Heritage Fishing Team with students from multiple schools two years ago because his son, Trey, is an avid angler.

That team now has 21 members.

“Last year we had 32 kids; this year we have 50 kids,” said Thomas Gredig, coach of the William Blount Fishing Team. He and Larue also have sons on their teams.

Larue credits Woliver, the Lenoir City Fishing Team, and members of the Tennessee BASS Nation Organization for guidance on establishing the Alcoa team.

Three weeks later, Gredig started the William Blount Fishing Team, and he credits Larue, Woliver and the surrounding community for aiding him in the process.

None of the local teams is a school sport, operating instead with volunteer coaches and sponsorships from the community to cover gear, tournament fees and prizes when they host tournaments.

The coaches have seen not only their teams grow quickly but also higher participation in local and regional fishing tournaments.

“High school fishing has really exploded in Tennessee,” Woliver said. “Five years ago they might have 30 boats at a tournament, and now it’s 250.”

Many students are hoping to reel in college scholarships, too. “In 2018 there were 818 colleges that had fishing teams. That’s growing every year,” Larue said.

Gredig’s approach centers on winning, creating a cooperative community for the William Blount Fishing Team and advancing his kids to fish at the collegiate level.

While he works with the other coaches, Gredig said, “In the end the biggest goal is to beat everybody else.”

However, he said, “win or lose everybody there’s talking, sharing information, so by no means has it been a heated rivalry.”

Woliver’s biggest goal for the Heritage Fishing Team is to provide a community for any student to enjoy at the casual or competitive level.

“I think it’s an opportunity for some kids that have not been able to participate in sports,” he said. “I think it gives them an extra avenue to do a sport in high school that they can have teammates and have some type of competition.”

Larue’s goals with the Alcoa Fishing Team involve creating lasting friendships and camaraderie, while remaining competitive and collecting sponsorships to grow the team.

“I wanted to take an approach to bring kids in that may not have that opportunity to actually bass fish in a tournament or want to learn about fishing, and so I took a lot of kids last year, they didn’t own a boat, they didn’t know anybody that had ever fished a tournament, some had never even been in a boat,” he said.

“I just want them to all go out and fish and the winner wins,” he said. “It’s not like Tennessee-Florida football; for me the fishing’s different. … I’m as happy to see a Heritage kid do well as much as I am one of my kids,” Larue said.

Three pairs from the William Blount and Alcoa teams placed in the Top 5 in the junior division atthe Cherokee Lake Tournament on Oct. 10.

The COVID-19 pandemic last spring cut short the season that usually runs from October through May, and it has affected this year’s recruiting and competitions.

“We couldn’t host any kind of meetings, signups. I couldn’t do anything because of COVID,” Larue said.

All three teams are affiliated with B.A.S.S (Bass Anglers Sportsman Society), which organizes many of the fishing competitions in Tennessee.

But the COVID-19 pandemic also has paved the way for innovation in competitive fishing. Anglers are able to use technology to conduct events while minimizing in-person aspects to the competitions.

“You take a picture of your fish, you weigh it on a (ConnectScale), and it hits GPS,” Woliver said. “It records your weight and how many fish, and it does it in real time so you know when you’re on the water who’s winning and who’s behind, which was very creative.”