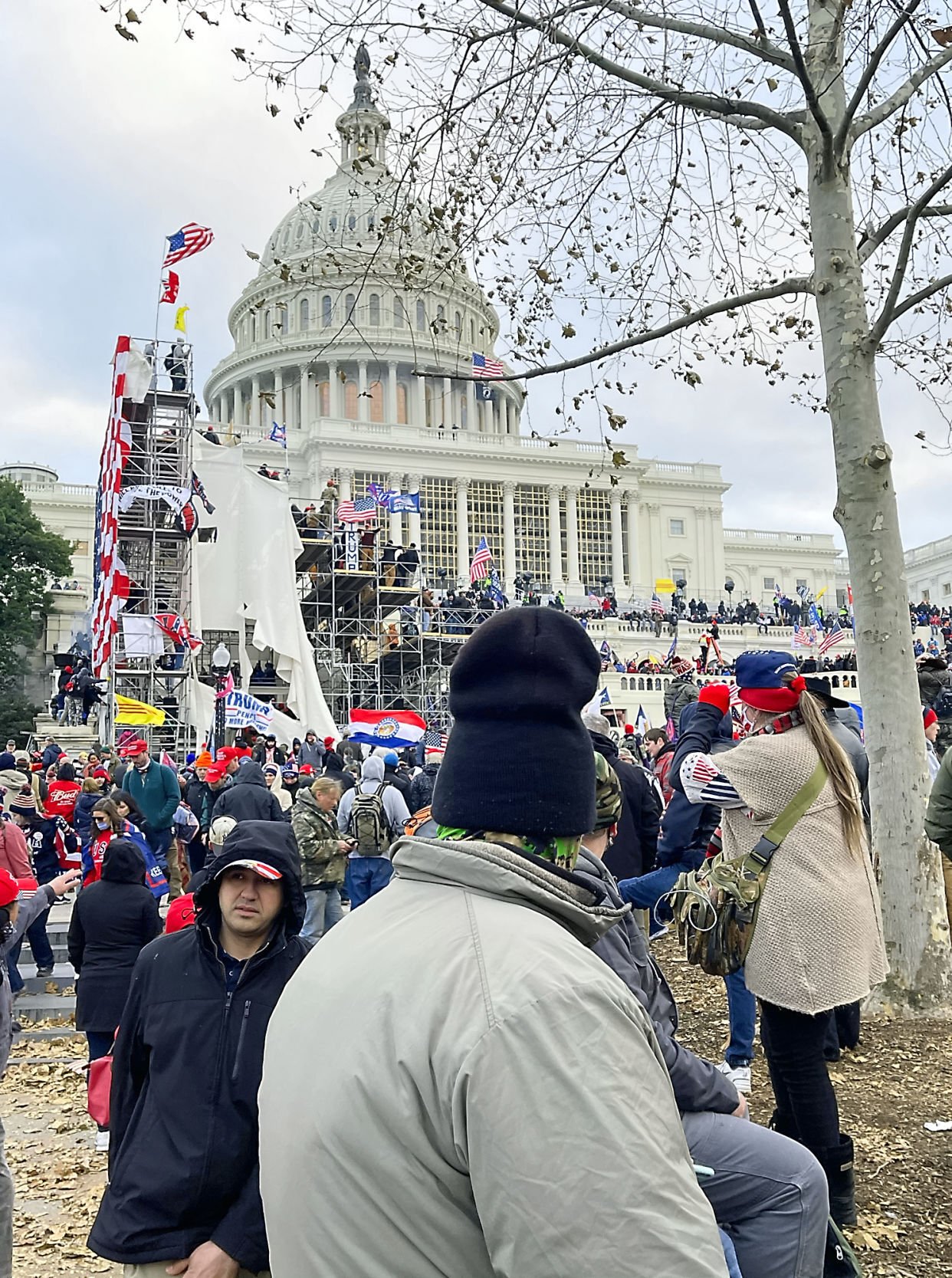 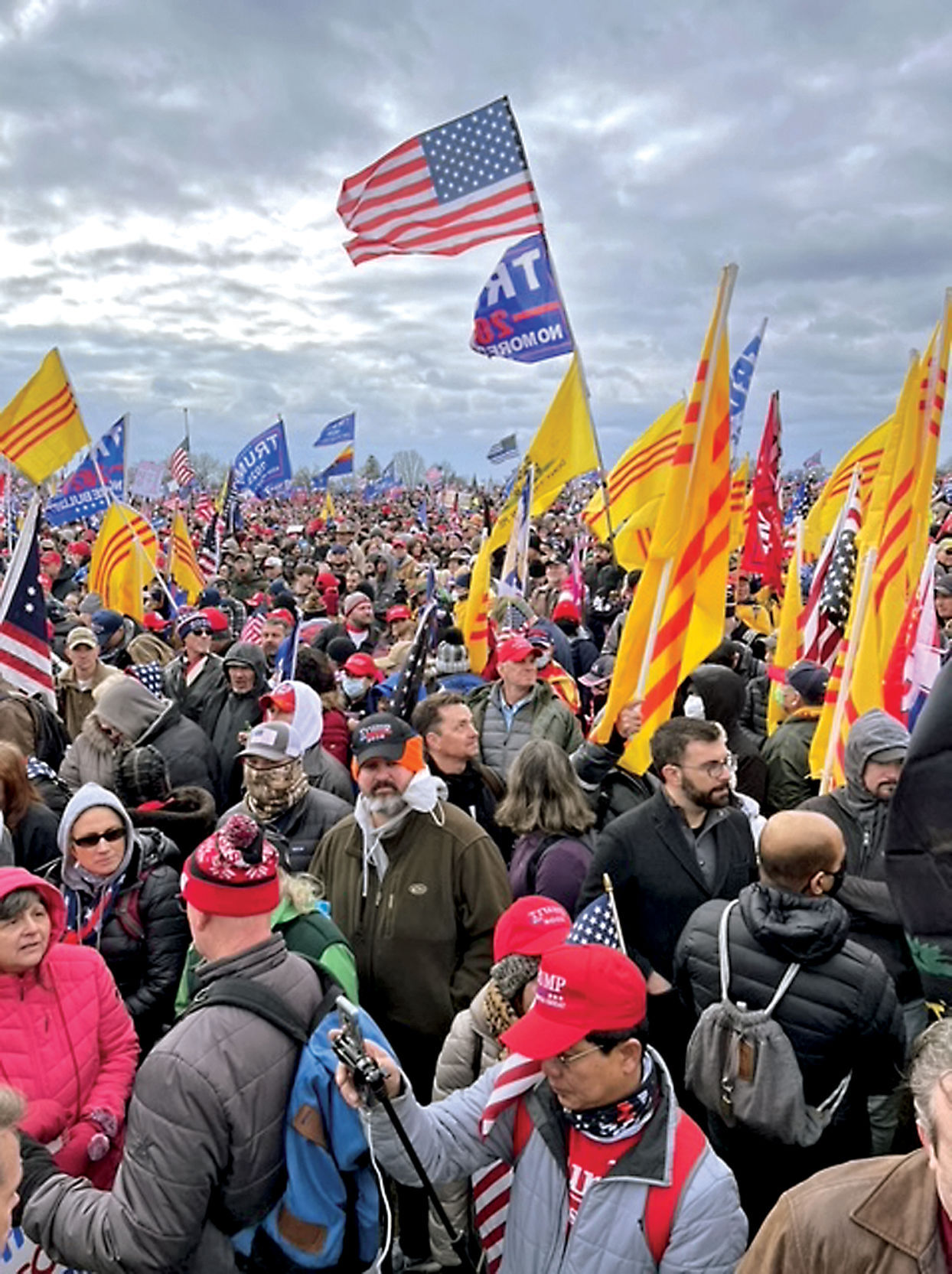 Blount County Commissioner Mike Akard was among those on the National Mall on Wednesday in Washington, D.C. 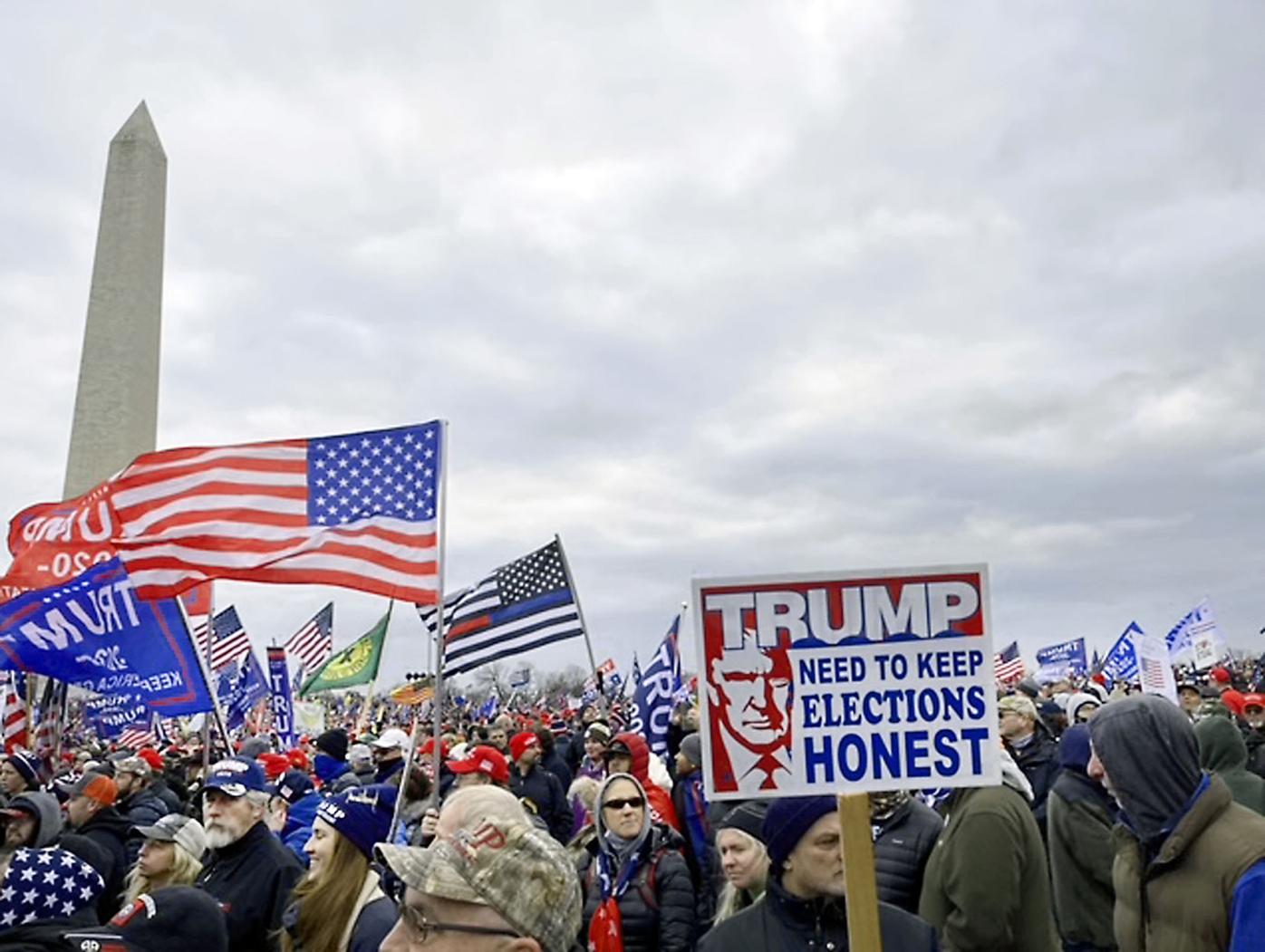 Blount County Commissioner Mike Akard shared this photo from the National Mall in Washington, D.C., Wednesday morning, Jan. 6., where he said there were "a lot of patriots" and the largest crowd he has ever seen.

Blount County Commissioner Mike Akard was among those on the National Mall on Wednesday in Washington, D.C.

Blount County Commissioner Mike Akard shared this photo from the National Mall in Washington, D.C., Wednesday morning, Jan. 6., where he said there were "a lot of patriots" and the largest crowd he has ever seen.

Dozens of people traveled from Blount County to support President Donald Trump during a Save America rally in the nation’s capital on Wednesday, Jan. 6, but said they stayed back as protesters stormed the Capitol building.

Led by Harry Grothjahn, owner/operator of WBCR radio, a local group took a bus to Washington, D.C., to pray for the future of the country on the day Congress met to solidify the election results.

Grothjahn told The Daily Times during Wednesday’s unrest that he and his group, which he said totaled 40 people, witnessed the protesters breaching the Capitol building.

“We were at the place where the wall was breached and felt the tension of the situation building,” Grothjahn said. “And we thought it was best if we moved away from the front entrance to the Capitol. When the activities began, the police sealed off the streets and we had to relocate our rendezvous point with our charter bus.

“So we left that area and coordinated with the other people who were still on their way from the president’s speech. ... It was a pretty impressive day.”

Otherwise, though, Grothjahn said the chaos at the Capitol didn’t change the group’s plans.

Many Trump supporters in D.C., while watching the president’s speech, he said, were part of a “control-zone” where heavy security was present and there was a “real clean crowd there,” but those who didn’t wish to be controlled, the larger part of the crowd, stayed outside that zone.

When supporters left to go to the Capitol, Grothjahn said, members of the far-right group Proud Boys filed into formations, plus others, and approached the front entrance. He hypothesized that someone orchestrated the event and “took advantage of a group of people who were there.”

“It’s kind of troubling because it looks like it was orchestrated to achieve a response in the media and to take advantage of the people who were there that could be led,” Grothjahn said.

Blount County Commissioner Mike Akard traveled separately in a group that included a couple of his relatives and employees of Akard Commutator of Tennessee. They arrived before 9 a.m. and set up on the National Mall during what he called “a lot of patriotic activity,” including speeches, prayer, songs and recitations of the Pledge of Allegiance.

“It was very positive,” he said.

President Trump then spoke, repeating accusations of voter fraud and calling for a march to the Capitol for their voices to be heard.

Akard returned to his hotel about a mile way for lunch, and when he approached the Capitol around 4 p.m., he said, “Most everybody was leaving because of the things that got out of hand.”

He went to the grass near the building and watched as police used tear gas to drive the crowd from the building and scaffolding. “We said the Pledge of Allegiance and chanted USA,” Akard said.

He admitted that he joined in chants of “traitor” to those driving people away. “I don’t think that it’s at all right for there to be a refusal to audit contested counties where the states have actually sent conflicting electoral votes,” he said.

“That’s why I consider the people that are stopping us from voicing our extreme dissatisfaction with the refusal to audit those few counties in seven states,” he said.

Later in a phone interview he called again for an audit in those counties, “to prove once and for all the legitimacy of the election.”

“The major reluctance for the audit proves the fraud,” he said. “There would be no reason not to do it if it was legit.”

Akard said he did not pass any barriers and “I believe destruction of property is wrong. I didn’t condone it when other groups were doing it over the past few years when they were looting and burning down businesses and getting into physical violence, mugging people and destroying statues. I didn’t get into it then, and I don’t think it was right now.”

However, he compared the chanting Wednesday to the type of civil unrest Martin Luther King Jr. promoted as a peaceful protest.

“Breaking down barriers and going inside was inappropriate,” Akard said during a phone interview.

In a later text message to The Daily Times, he wrote, “Those small numbers that breached the doors & windows of the Capitol committed crimes and should be arrested and punished to the fullest extent of the law for the crimes they committed.

“The millions, like myself, that gathered for peaceful protest and committed no crime whatsoever will likely see their voices demanding free, fair, & legal elections & upholding the US Constitution by elected officials diminished as a result of the foolish aggressors that pushed it way too far. I condemn their inappropriate criminal behavior entirely.”

Akard said the situation he saw in person was vastly different than what was being portrayed on television.

A video circulated on social media Wednesday showed a woman who identified herself as Elizabeth from Knoxville saying that she made it “like a foot inside” the Capitol building before she was pushed out by being maced.

“We’re storming the Capitol,” the Knoxville woman said in the video. “It’s a revolution.”

“The Constitution protects the right of the people to peacefully protest. However, violence and rioting — whether from the left or the right — is wrong and must be condemned in the strongest possible terms,” Stuart told The Daily Times in a text message.

“The Republican Party is the party of law and order. Those who cross the line into criminal conduct do not represent our Party and trample upon the ideals that true conservatives strive to protect. We are praying for the safety of the Capitol Police and all those in law enforcement working to bring these events to a quick and peaceful conclusion.”

“The rioting at the U.S. Capitol is disgusting and criminal,” Burchett said in the statement. “The President needs to publicly tell his supporters to stop or else people are going to get hurt or possibly die.

“Thank God for the United States Capitol Police officers working to get the situation under control; they have families just like we do.”

In another statement released Wednesday evening, Burchett said, “The strongest message we can send the world is to get back to work and finish our Constitutional duties tonight. Iran, Russia and China are watching. Let’s not let them think a few rioters is all it takes to bring our Constitutional process and government to a halt.”

In a statement to The Daily Times, acting Blount County Democratic Party Chair Nathan Higdon criticized Burchett, as well as other local Republicans, saying their actions are related to Wednesday’s events.

“Today’s insurrection and attempted coup, the storming of the Capitol, would be viewed on the news as this thing of despotic, far-off countries most folks couldn’t place on a map. However, that is not the case,” Higdon said in the statement.

“Radical, domestic, alt-right terrorists have been inflamed and encouraged to do this by our own East Tennessee federal delegation, Senator Haggerty, Senator Blackburn and Representative Burchett, through their anti-constitutional rhetoric online, on Facebook and Twitter, which is correlated with today’s seditious and anti-democratic act.”

“The Blount County Democratic Party does not condone anything that went on in Washington today, nor any similar acts that may continue to take place moving forward,” Higdon said in the statement.

“We expect that justice will prevail ultimately.”