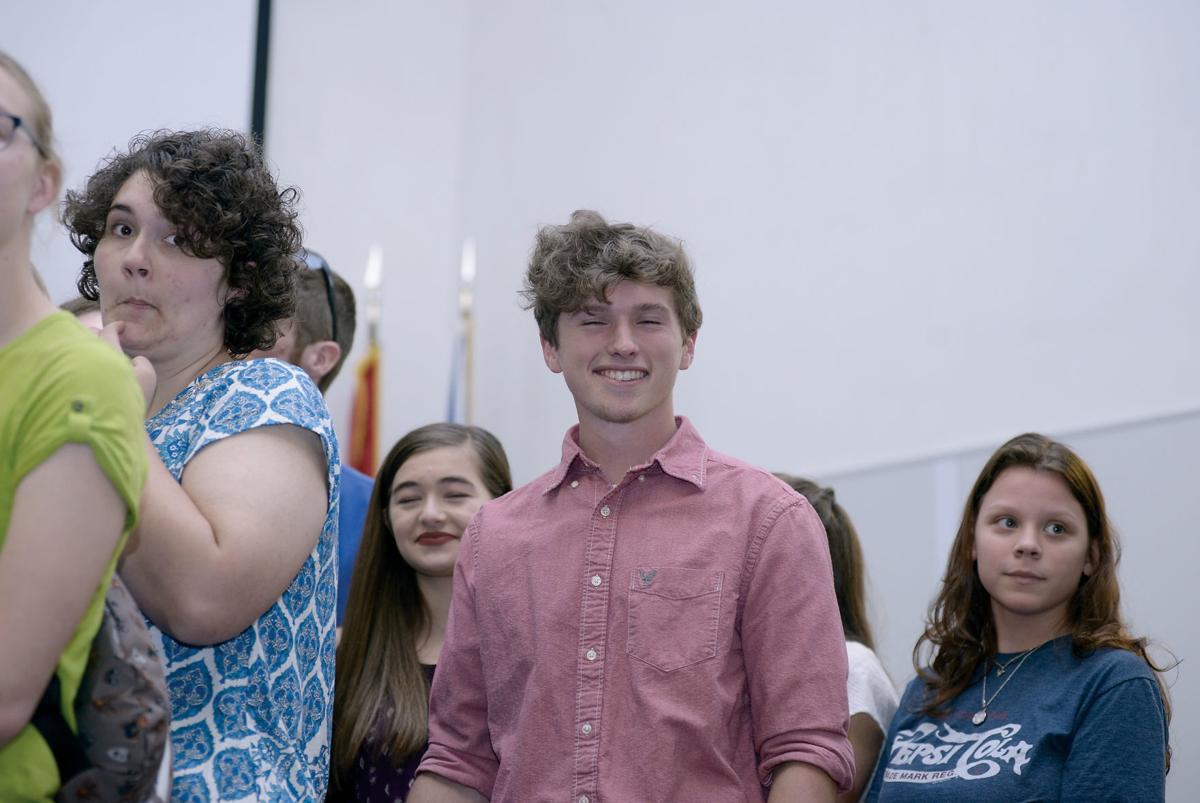 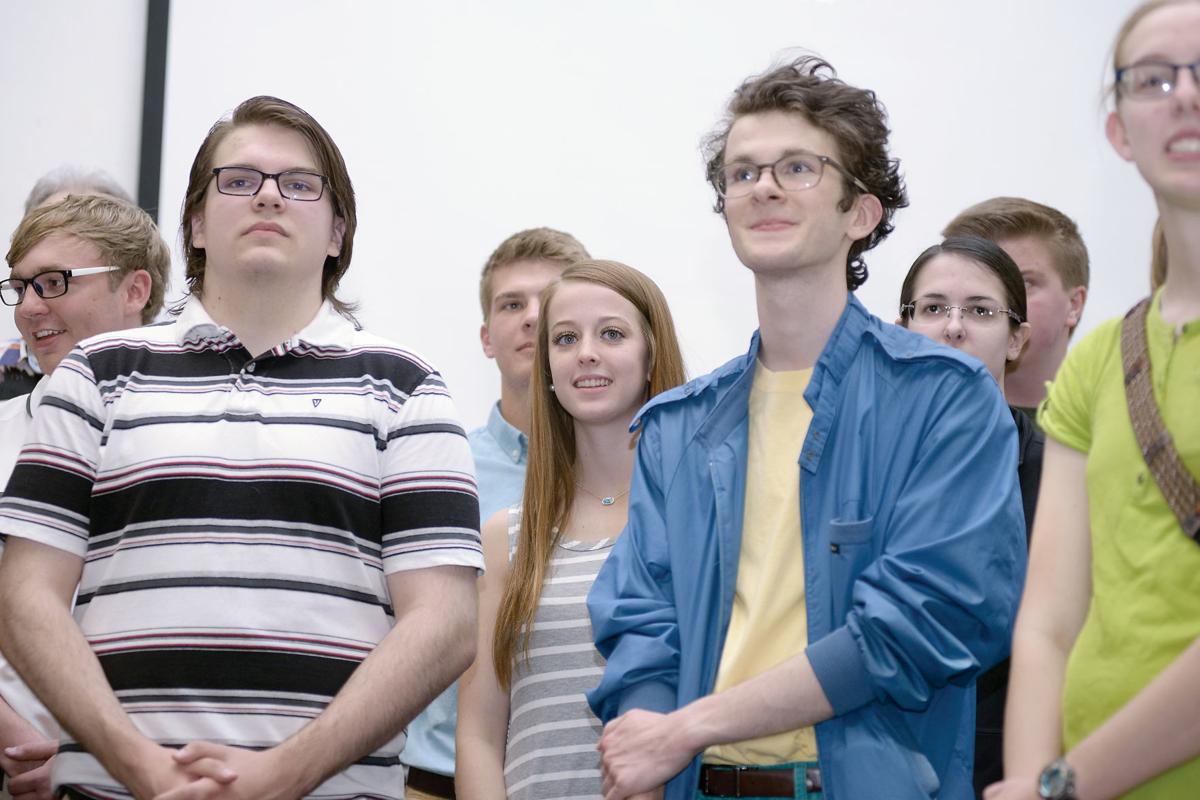 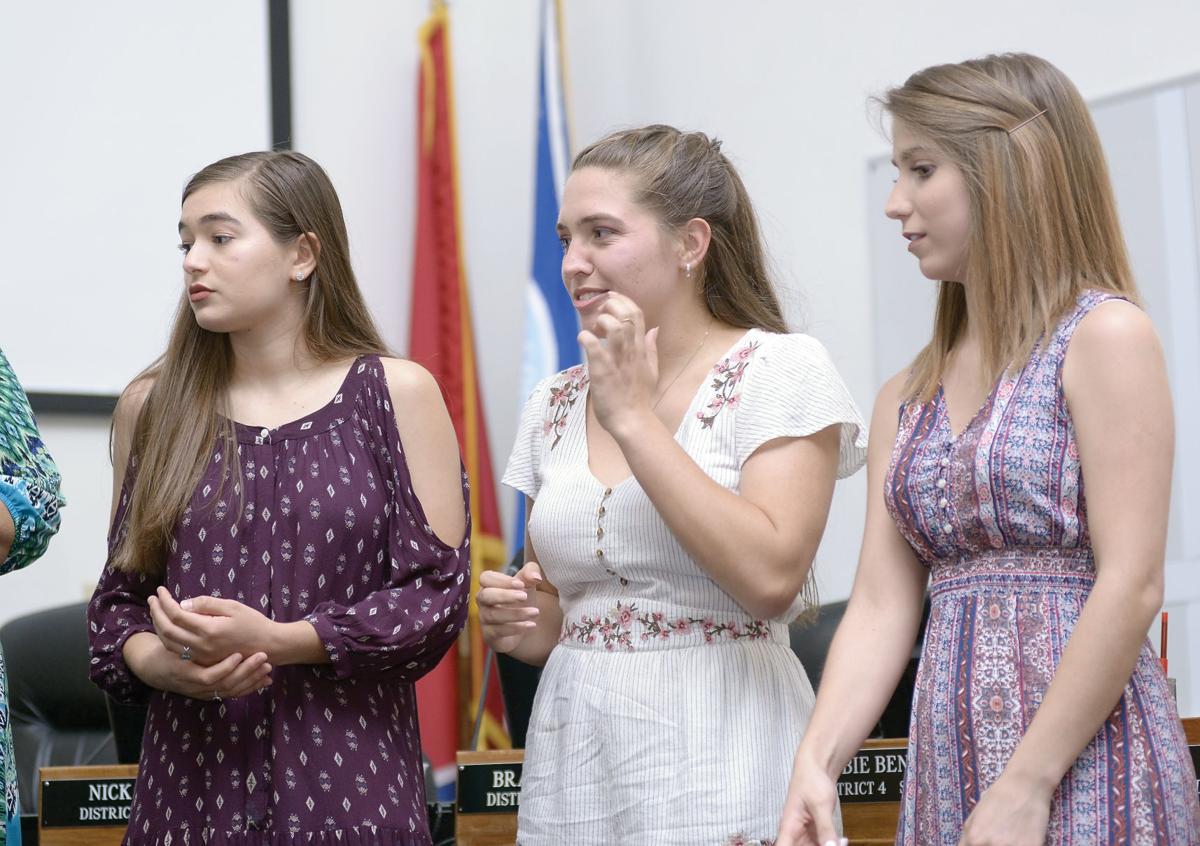 Recent graduates from Heritage High School stand for recognition May 16 during the Blount County Commission meeting, where commissioners passed resolutions recognizing seniors from Heritage, William Blount, Alcoa and Maryville high schools who scored 30 or higher on the ACT college admissions test. The national average is about 21 out of a possible 36 points.

Recent graduates from Heritage High School stand for recognition May 16 during the Blount County Commission meeting, where commissioners passed resolutions recognizing seniors from Heritage, William Blount, Alcoa and Maryville high schools who scored 30 or higher on the ACT college admissions test. The national average is about 21 out of a possible 36 points.

The Blount County Commission has passed a resolution that would allow it to collect more in property taxes in the coming year at a lower rate.

Based on increased property values measured by recent appraisals, the county could raise the same amount of revenue in the coming budget year with a property tax rate of $2.25 per $100 of assessed value, compared with the current rate of $2.47.

Although the commission hasn’t set the rate yet, state law requires it to pass a resolution before it can adopt a rate any higher than the preliminary certified rate — in this case the $2.25.

The Budget Committee is considering keeping the rate at $2.47, however.

Commissioner Mike Akard said during the meeting that he doesn’t see leaving the rate at $2.47 as being a tax increase.

“If we try to stay revenue neutral all the time, Blount County can’t continue to provide the services that all of us enjoy,” he said.

The commission passed the resolution to allow setting the property tax rate above $2.25 by a vote of 19-1, with Commissioner Steve Mikels voting against it and Commissioner Joe McCulley absent.

The county plans a hearing on its proposed 2019-20 budget June 10, before a Budget Committee vote on the plan. The County Commission is scheduled to vote on the budget June 20.

With the proposed increase in revenues, the county is considering a budget that would raise employee pay to make it more competitive in the local labor market, increasing funding for capital projects in county schools by nearly $3.8 million, fund more than $1.1 million in general county capital projects and provide about $600,000 in increases requested by various departments.

Commissioners began their meeting Thursday by passing four resolutions to recognize seniors from each local public high school who scored 30 or higher on the ACT college admissions test, which has a national average of about 21 out of 36 possible points.

After that recognition and hours of public comment on a resolution designating this as a “Second Amendment Sanctuary County,” which the commission passed, it quickly completed the remainder of the agenda. That included approving:

• $10,610 to cover overtime pay in the Purchasing Department related to the implementation of new financial management software.

• A self-funded dental plan for county employees to start Jan. 1, 2020. With the self-funded plan the premium increase will be 2%, compared with 5% under a fully funded plan, and the maximum annual benefit will rise $200 to $1,200.

• Adding two school board members as nonvoting members to the commission’s Education Committee, which will have five to nine commissioner members. Akard, one of the sponsors, said the addition is designed to create a bridge and improve communication between the schools and commission.

During the public comment period for items not on the agenda several people spoke in favor of funding for the Blount County Public Library. Forrest Erickson spoke to urge the commissioners to revive the now-closed planetarium at Heritage High School.

It's a tax increase if they keep the rate the same since they raised assessments. Some of the commissioners need to go back and take a math course.