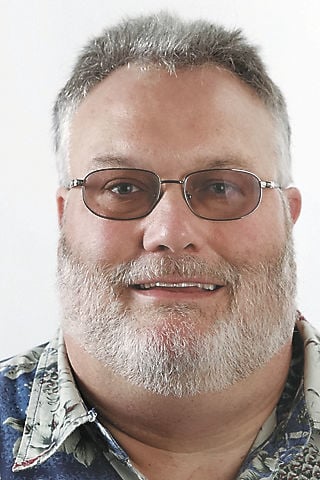 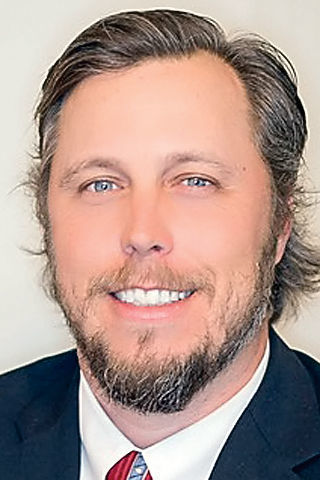 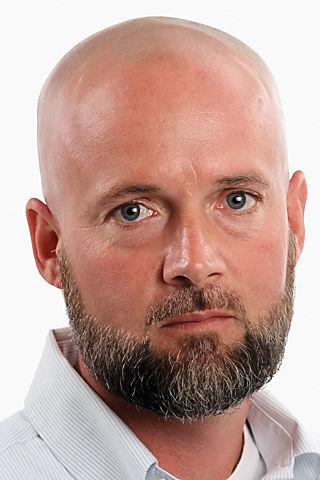 “I was shocked. I could not believe he would make those comments in a public forum,” Bright said.

The remarks have been covered by such national outlets as HuffPost and The Washington Post.

“Look what we got running for president in the Democratic Party. We can go over here to (the county jail) and get better people out of there than those running for Democratic, to be president of the United States,” Hurst said, according to CBS affiliate WVLT, which captured some of his comments on video. “We got a queer running for president, if that ain’t about as ugly as you can get.”

Hurst’s comments were well-received by the audience, Bright said.

“People were cheering,” he said.

Hurst’s comments were made as a result of Larry Waters, mayor of Sevier County, asking the commissioners if they wanted to make any statement on the record.

Several commissioners spoke, according to Bright, but Hurst was the only one who spoke about anything other than the items on the meeting agenda.

“I’m not prejudiced, but by golly, a white male in this country has very few rights, and they’re getting took more every day,” Hurst said. “You’ll hear ’em stand on the stage and say, ‘Oh, I’m for the poor and the black.’ You never heard one of them say ‘I believe white people have rights, too.’”

Mikels said he, Akard and Bright were only at the meeting to support the Second Amendment Sanctuary resolution.

“I can’t condone his comments, but I hate that they’ve gotten so much attention and taken away from the resolution they were voting on,” he said.

The resolution being voted on was to declare Sevier County a Second Amendment Sanctuary. It ultimately passed unanimously.

Blount County passed a similar resolution in May.

If a community is a Second Amendment Sanctuary, it objects to “red flag laws,” according to the May resolution.

“Red flag laws,” the Safe Tennessee Project says, allow immediate family members or law enforcement officials to file a petition to temporarily remove firearms from people believed to be a threat to themselves or others.

In August, President Donald Trump called for red flag laws to go into effect throughout the country. Gov. Bill Lee disagreed in a rare break from the president.

“It’s early for us to talk about which direction we want to go,” Lee said about the laws at the National Conference of State Legislatures in August.

Also disagreeing with the implementation of ”red flag laws” were the 15 Blount County Commissioners who voted to make the community a Second Amendment Sanctuary.

Red flag laws were created to dilute power licensed to the psychiatric community and transfer it to unqualified persons more obedient to democrats, e.g., local judges and crotchety old aunts. Due process requires reports from two psychiatrists, one from each side, legal representation, arraignment, indictment and trial by jury. Democrats and weak minded Republicans are victims of the bum's rush.

Nobody wants criminals to have firearms but to be taken seriously, if the accused is a danger to himself or others, he should be legally arrested. In other words, take the man but leave the guns. The natural line of inheritance will dictate who becomes custodian of the guns. Politicians on both sides who support this notion will regret the day they ever heard of red flag laws. They’re so incendiary, they could cost the president his deserved reelection.

Their legacies will carry a Supreme Court scolding and perhaps be the landmark of their careers. Writers, politicians and demonstrators have been hoodwinked by Bloomberg's rhetoric and haven’t read his 2018 data. It reveals gun homicides declined seven percent, firearm injuries declined 10 percent, fatal child shootings (under 18) declined 12 percent and unintentional shootings plummeted 21 percent.

None of this hysteria is justified. Since 1991, the murder rate has fallen by 45 percent and the overall violent crime rate has fallen by 48 percent. It's bizarre that Bloomberg wants to change all that. Since 1999, the statistical probability of a student being killed in school, on any given day by a gun has been one in 614 million. During the same period, your chances of being struck by lightning in the U.S. on any given day are one in 12.6 million.

Bloomberg says the nation is in crisis, suffering an epidemic. Folks, there is no crisis, no epidemic. Shooting incidents involving students have been declining since the '90s. Fact is all but three mass shooters in recent history passed a background check. Two stole their rifles. The other one bought from a guy who assembled it from parts and sold it from home. Murders committed by all types of rifles combined, in 2018, dropped by 23.9 percent. Long guns are used in less than two percent of firearm homicides.

During that time, citizens were buying a record number of firearms. In 2018, more than 26 million firearms were purchased, a number exceeded only by 27.5 million in 2016 when purchasers were mortified that Hillary might be elected. Democrats want US citizens to believe making the U.S. safer for criminals will make it safer for their victims. Ask yourself, do you believe being disarmed makes you safer? What kind of political leader would disarm his people while howling about the peril they face?

These laws have not considered all the possible areas they might harm. For example, what if a crotchety old aunt complained about a blustery nephew who also is a Federal Firearms Licensee and established dealer? What if the nephew is a licensee who operates a pawn shop? What if the nephew stores a neighbor's firearms because his safe is large enough? What about a nephew whose firearms are stored somewhere else? And so on.

The Supreme Court isn't about to jeopardize its own reputation by reducing the ability of private citizens to defend themselves. It's especially important because currently, half the nation's murders occur in only 63 counties while the other half are spread across the other 3,081 counties. Said another way, 15 percent had one murder and 54 percent of the nation’s counties had no murders at all.

Besides, they’re sick of our paralyzed congress creating ambiguous laws that ultimately land in the Supreme Court. They know it’s easy to blame the tools used for murder and to write acts that impede acquisition by peaceable, lawful citizens.

They know it’s far more difficult to focus on the more complex reality of why incomprehensible murderers do what they do. If something is to be done, perhaps it should be focused on the mental defectives, criminals, terrorists and illegal aliens.