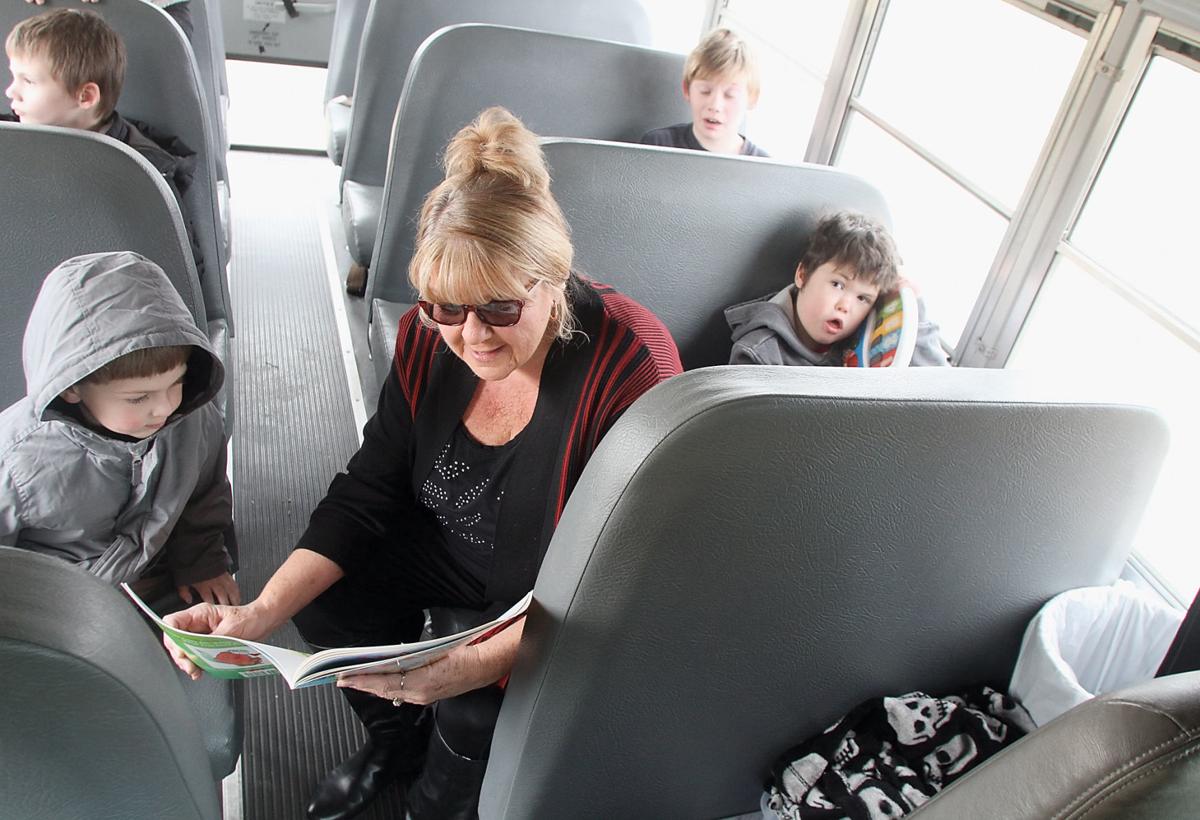 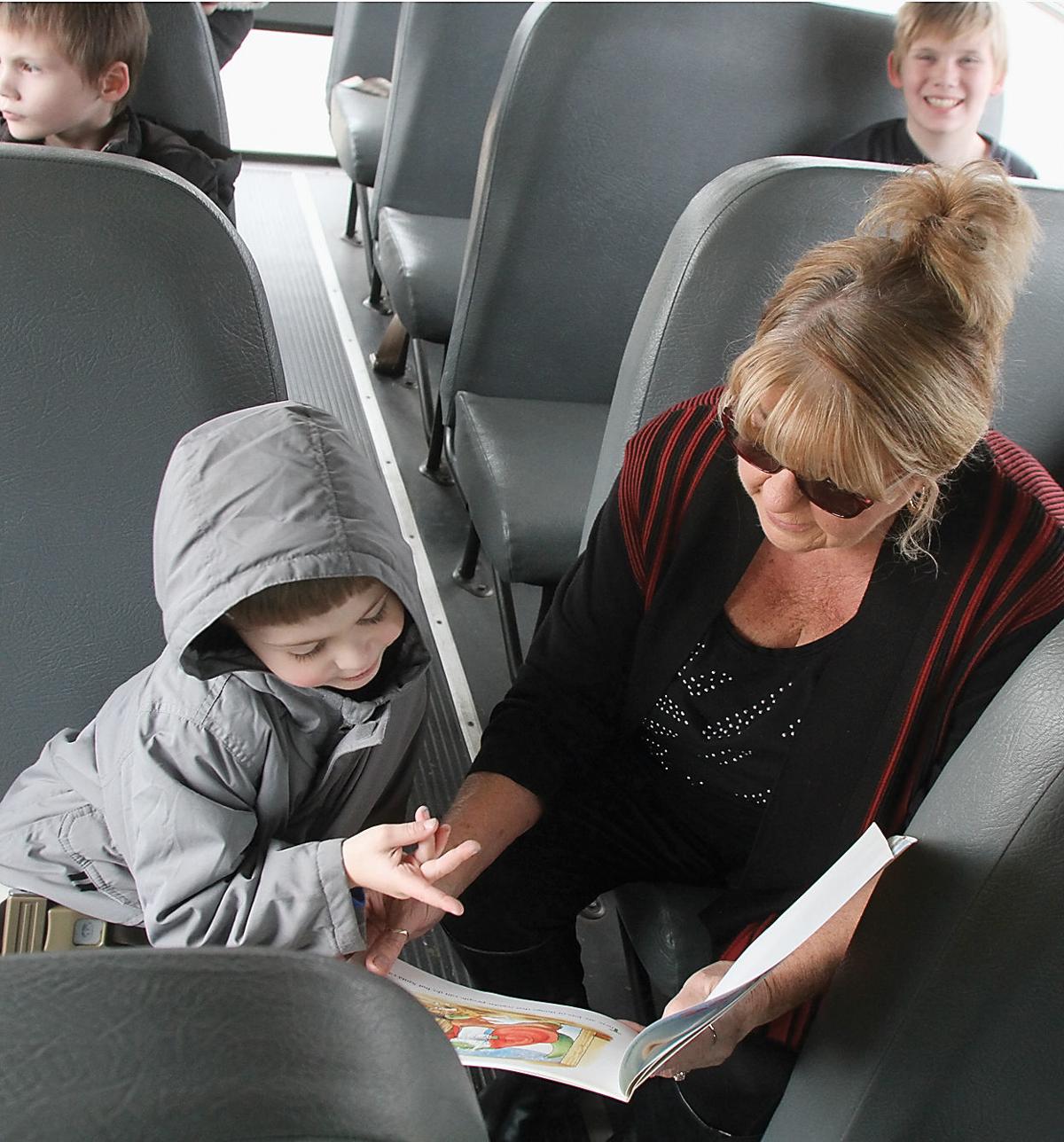 Sandy Finchum, monitor on bus 68, reads to students on their way home from Mary Blount Elementary School on Tuesday, Nov. 26. Finchum reads to Rowan Konopasek with Cayden Roper (behind left) while Jaysen Roper (right), and (not pictured) William Butler, Emily Snyder and Travis Brannon listen to the story. Blount County Schools not only stocks books on the special education buses but encourages students to take home those they enjoy.

Sandy Finchum, monitor on bus 68, reads to students on their way home from Mary Blount Elementary School on Tuesday, Nov. 26. Finchum reads to Rowan Konopasek with Cayden Roper (behind left) while Jaysen Roper (right), and (not pictured) William Butler, Emily Snyder and Travis Brannon listen to the story. Blount County Schools not only stocks books on the special education buses but encourages students to take home those they enjoy.

This year the district added “book buckets” to the buses — bins with books that monitors can read as time permits or the students view themselves.

Depending on the distance between home and school, some students may hear the monitor read only part of the story while others listen to the whole book, but that’s not a problem.

“If they want to take the book home ... we want them to take it home,” said Mike Brewer, the district’s special education coordinator.

“We’ll get more books,” he told the bus monitors.

“They’re getting excited about reading,” he said, and BCS wants to encourage their families to read at home with the students or look at the pictures together and talk about them. So the district and monitors encourage students who love a book to take it home and keep it.

“A lot of books are going home,” Brewer said, and the district knows some families don’t have many books there otherwise.

Brewer said he read about another school district putting books on the buses. “If you can get a book in a kid’s hands, that’s good,” he said.

BCS uses 31 buses to transport students with special needs, although not all have bus monitors. The district started with about 10 books in each bin, gathering them from books on hand, donations and recently ordering some, particularly to capture the interest of older students riding the buses.

Ashley Macavian and Karen Moffatt not only compiled the books but adapted some for students with special needs, such as affixing sticks to pages to make them easier to turn, Brewer explained.

Sandy Finchum became a monitor this year on bus 68, operated by her husband, Jerry. She noticed that one boy who usually rocked himself during the ride stopped when she was reading. Another, she said, “asks me all kinds of questions.”

“You have to have something that will get their attention,” Finchum said, so she let Brewer know that books about animals are particularly popular.

In the mornings students are pretty quiet, she said, but when they come out of school in the afternoon they can be wound up. Reading engages them.

Brewer said another bus monitor told him that a student who typically is withdrawn and nonverbal loves looking at books that feature bugs and reptiles.

Monitor Melissa Clark told him that one student asks every morning if he can read a book. “This student has fallen in love with the books and enjoys reading several of them before he even gets to school,” Brewer said.