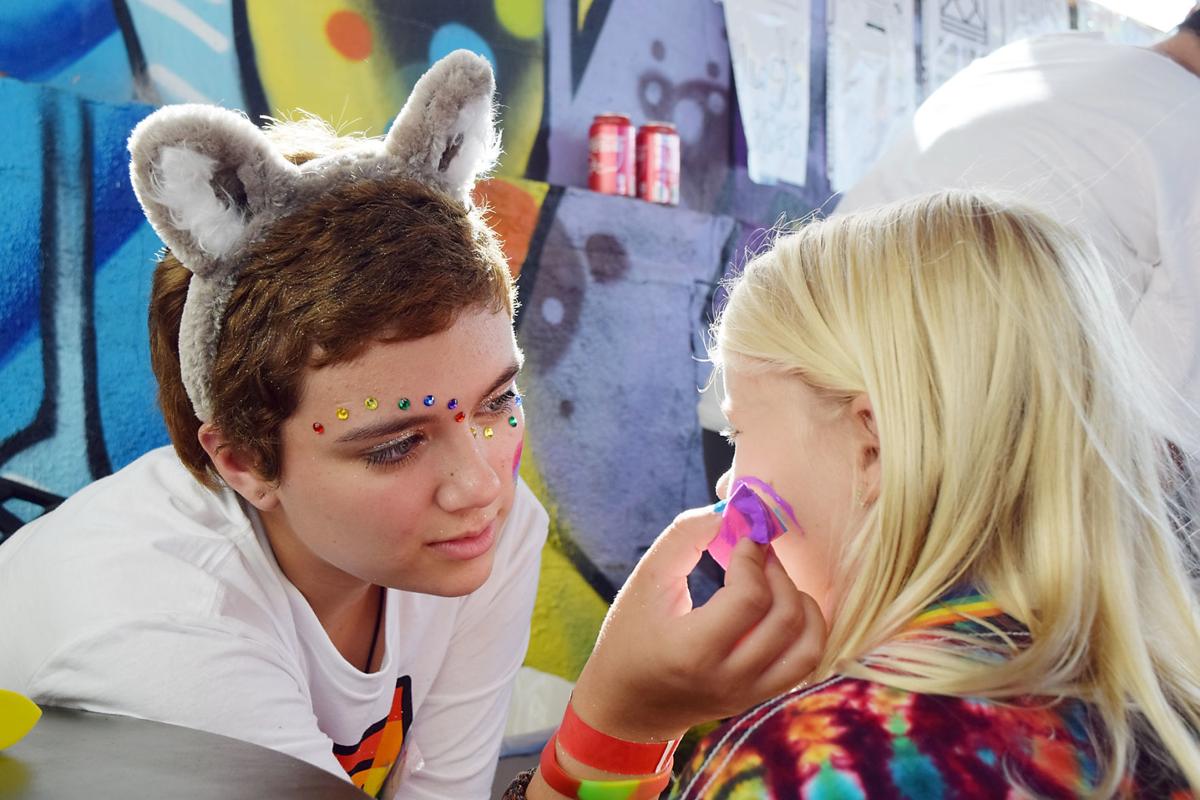 Ista Kyle paints Luna Freeman’s, 8, face during the first Blount Pride on Saturday at The Bird and the Book in Maryville. 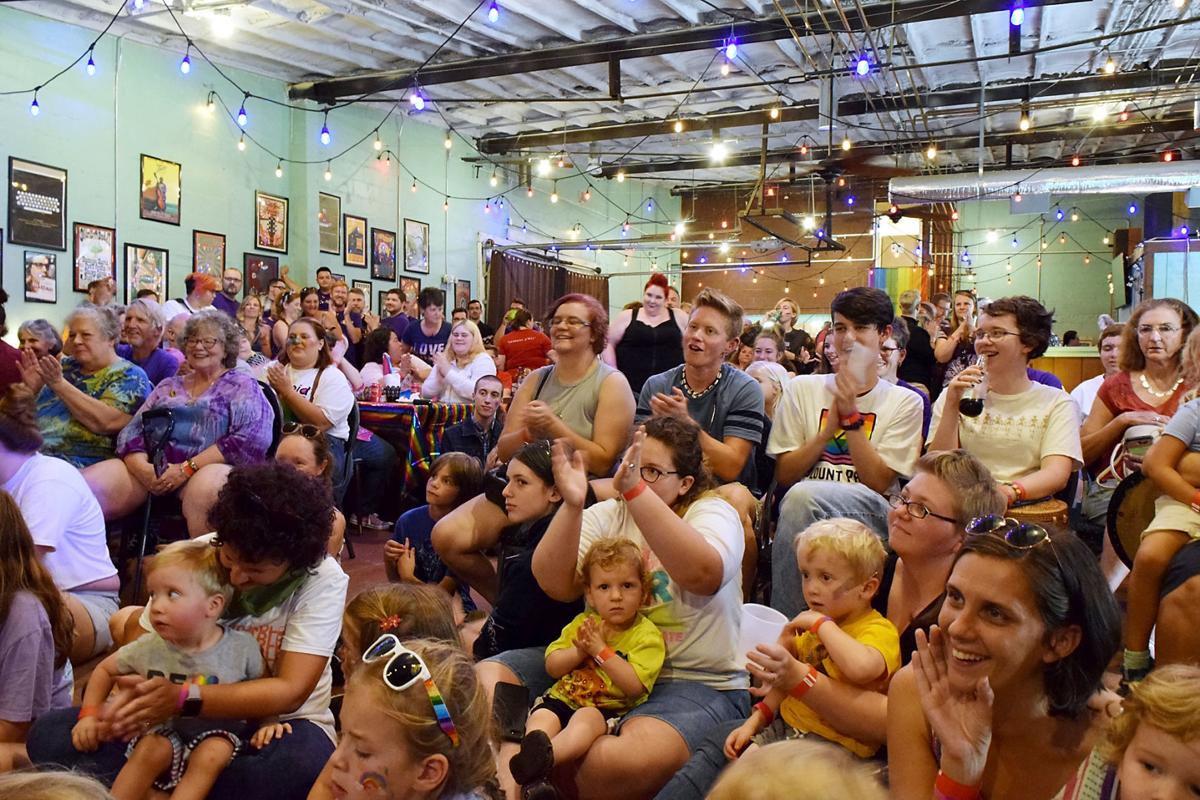 Over 500 people shows their support for the first Blount Pride on Saturday at The Bird and the Book in Maryville. 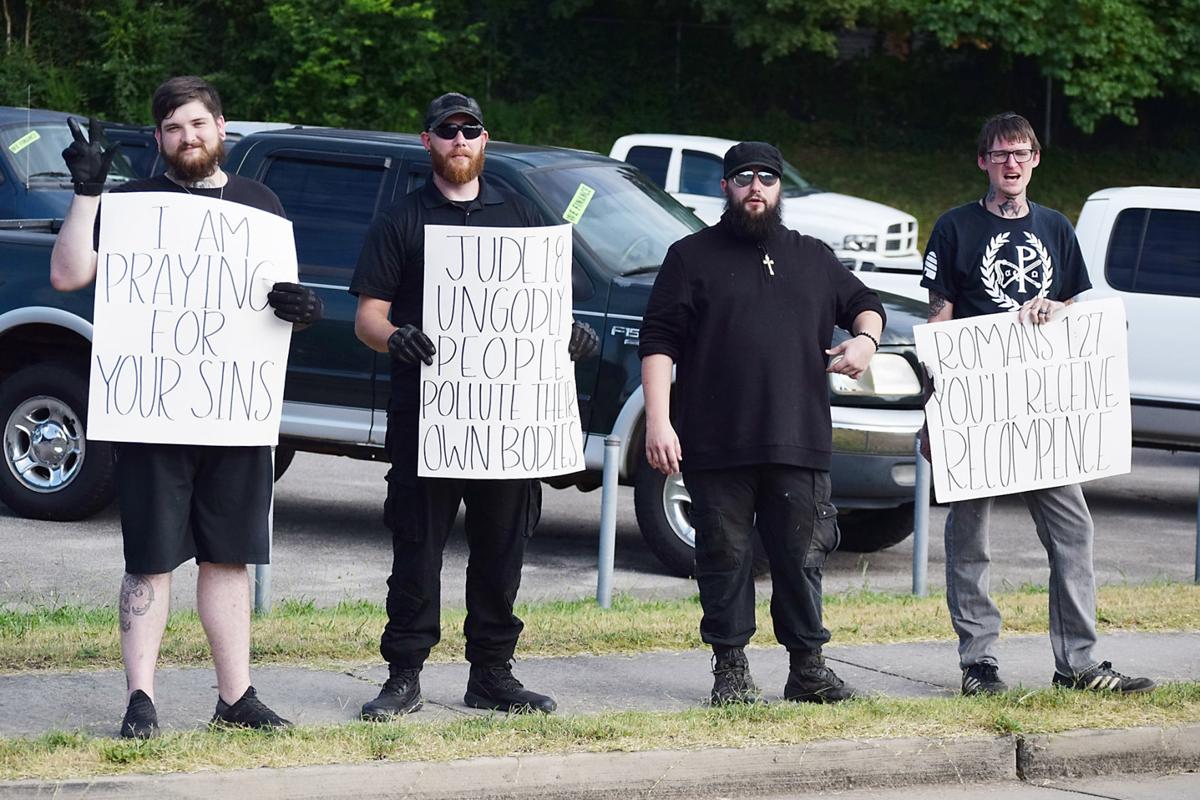 Four members of the Legion of Saint Ambrose white supremacist group protest on the street during the first Blount Pride on Saturday at The Bird and the Book in Maryville.

Ista Kyle paints Luna Freeman’s, 8, face during the first Blount Pride on Saturday at The Bird and the Book in Maryville.

Over 500 people shows their support for the first Blount Pride on Saturday at The Bird and the Book in Maryville.

Four members of the Legion of Saint Ambrose white supremacist group protest on the street during the first Blount Pride on Saturday at The Bird and the Book in Maryville.

The line to get into The Bird and The Book on Aug. 24 for Blount County’s first-ever Pride event consistently stretched into the parking lot throughout the afternoon.

The open space was full of toddlers and dogs clad with rainbows. Laughs filled the space as hundreds of people — more than 700, according to event organizers as of 7 p.m. — bonded over beer and hot dogs.

Blount Pride T-shirts sold out within the first two hours.

“This is homegrown,” said the Rev. Laura Bogle, a Blount Pride volunteer and pastor at Foothills Unitarian Universalist Fellowship.

More than 40 people worked to plan and execute the event.

The group considered waiting until next year to have a large event in a more public area, but decided against it and began planning for the event this spring.

They believed the need for an event like this in Blount County couldn’t wait.

The day began with community conversations. Sitting in lines or chairs near the stage or at tables scattered throughout the building, people were encouraged to talk to the people around them.

Afterwards, several stood on the stage to share their thoughts while speaking into a microphone.

The discussions and sharing were centered on a question posed by Bogle: What do you hope for Blount County in the future?

Many spoke of a desire for racial diversity. Several spoke of a comfortable and safe place to raise children. But all shared in the sentiment that they wanted Blount County to be a place where LGBT people were accepted.

Next, several organizations stood to speak about the goals of their programs. Among these were the Tennessee Equality Project, Voices Out Loud Project, Voices for Trans Youth, Positively Living and more.

“I’ve never had any negative comments from the kids,” he said. “The future is a lot brighter than the past.”

Walter Davis with the Appalachian Community Fund stood to speak. Davis, who lives in Blount County with his husband, urged people not to lose hope that Blount County can be a safe haven for members of the LGBT community.

“We believe that no one should have to leave to find a welcoming community,” he said.

After community conversations, the children were ushered to the front for drag storytime. Drag queens read books to the dozens of children who attended the event.

The Knoxville Gay Men’s Chorus then performed inside in the open space.

Throughout the day, children and adults alike were able to go outside and have their faces painted or to play cornhole. There was a car coated in chalk paint that children were able to draw on.

Five protesters stood across the street from The Bird and The Book holding signs with Bible verses and phrases such as, “I’m praying for your sins.”

Some protesters remained silent as they stood with their signs. A couple shouted anti-Semitic and other slurs at journalists from The Daily Times. One shouted to a reporter: “What Jewish newspaper do you work for?” Another called a photographer “Jew.” One said a female reporter “needed a husband.”

People traveled from outside of the county to attend. A group of people from Knoxville said they were shocked and pleased to see such an event in Blount County.

The two discussed why they attended.

“I have a gay son and I have seen many friends be mistreated,” Sieber said.

Hardtke excitedly declared that he missed a party at his workplace to attend the event.

“I never thought I’d see this day in Blount County,” he said, “I couldn’t miss it.”