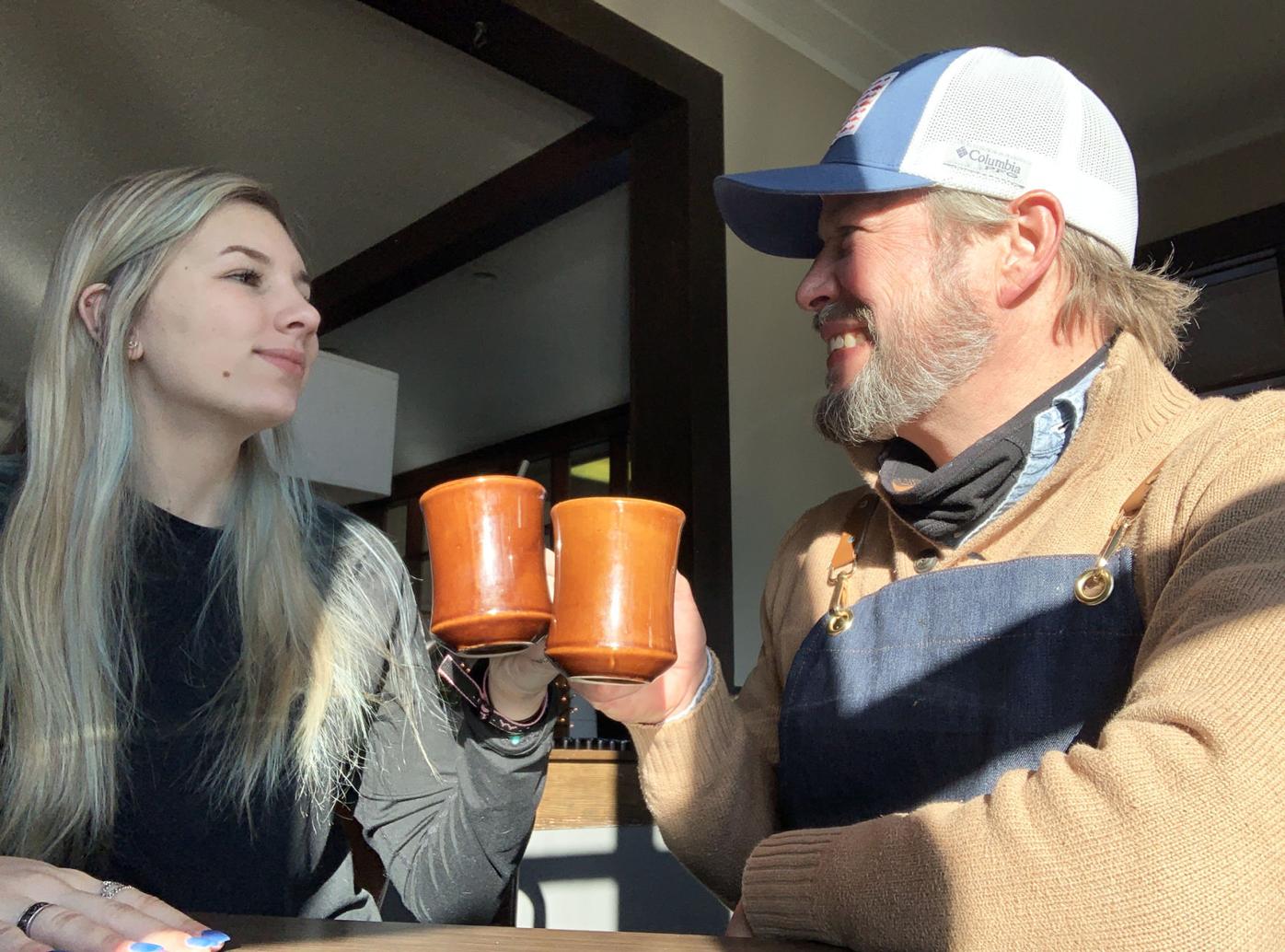 Dan Estes and his daughter, Hannah Harnichar, toast to the family’s success in running the Carriage House restaurant in Townsend. 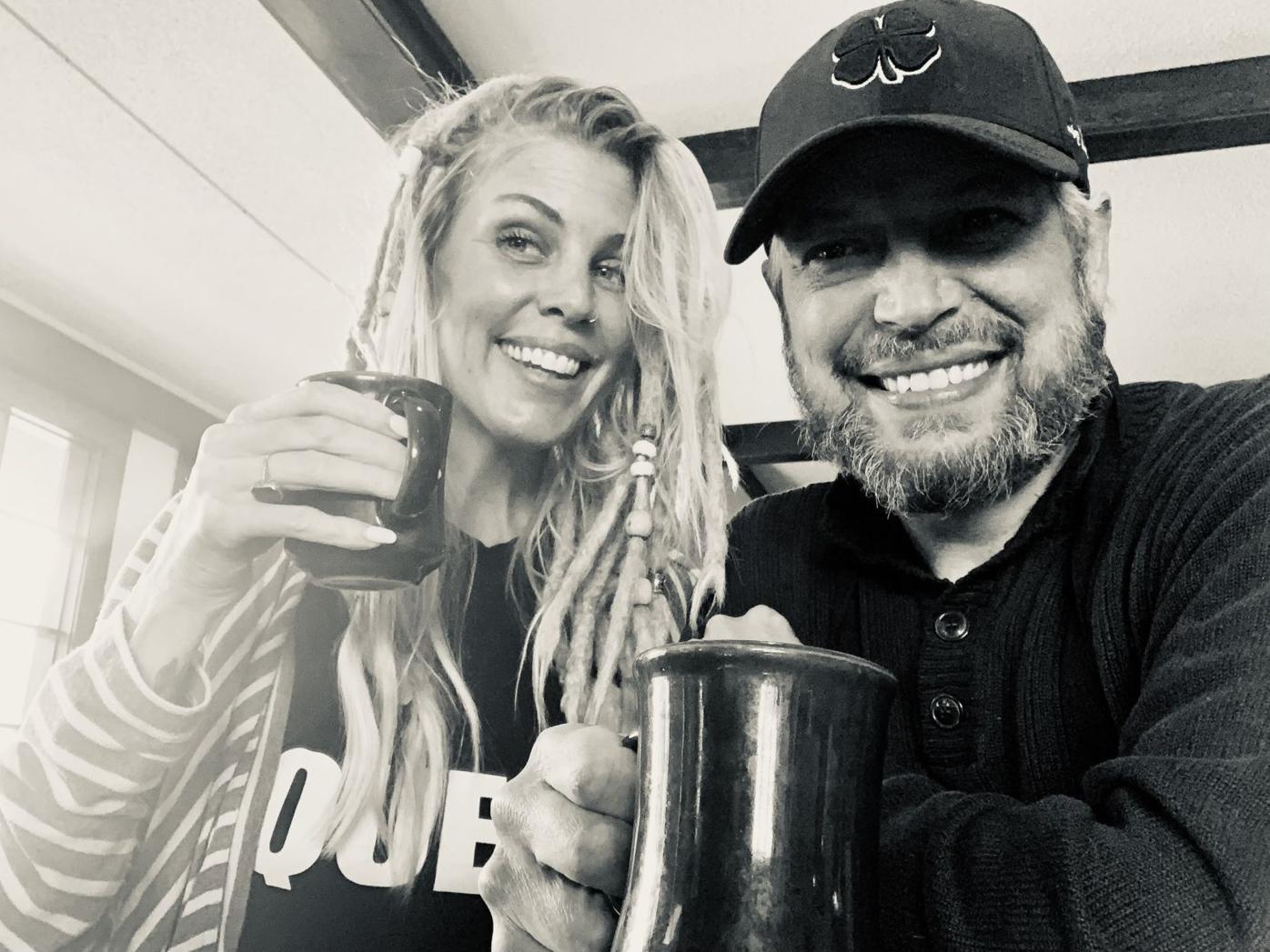 Dan Estes and his daughter, Hannah Harnichar, toast to the family’s success in running the Carriage House restaurant in Townsend.

It’s been said that running a restaurant can be a challenging proposition. Nevertheless, it was an opportunity Dan and Jill Estes eagerly accepted when they decided to take over the operations of the Carriage House, a popular dining destination in Townsend for nearly 50 years.

Unfortunately, they had no idea what sort of obstacles would await following their purchase in December 2019.

The restaurant, 8310 State Highway 73, originally was opened in 1972 by the Wear family, then by the Talleys. Dan Estes was the general manager of the Dancing Bear Appalachian Bistro when the Talleys asked him if he would be interested in buying their restaurant. Estes and his wife eagerly agreed.

Estes formed a company called Dan Good Foods as an umbrella for the operation, which they planned to initiate in April 2020. In the meantime though, there were several scenarios that they had to contend with before putting their plans in place.

“I inherited the buffet which has been a staple at the Carriage House for many years,” Estes said. “So I geared up for it. Personally, I loved going to an Asian buffet and creating my our dishes from the spread. However, after researching the buffet, I found that when food is under a heat lamp for an extended period of time, the quality can diminish considerably. There was also a common complaint that kids would grab the food, taste it and put it back. So when the COVID-19 pandemic put the kibosh on the buffet, I decided I would discontinue it for good.”

Nevertheless, the decision to do away with the buffet was met with resentment from many of the restaurant’s regulars, which created a major PR problem.

“Some folks were even getting angry, and would cause a scene by telling us that we would fail,” Estes said. “Some were even going out to the parking lot and yelling at diners that were arriving and insisting that they not go in. In my 30 plus years in the restaurant business, I’ve never seen people act that way. It was a really tough pill to swallow.”

That wasn’t the end of their dilemma, however. Instead of opening in April 2020 as the couple had planned, the pandemic forced them to delay until the following July.

“I did have some ideas about continuing the buffet in a safe way, but the pandemic blew that out of the water, so I had to revamp the menu,” Estes said. “That was one of the many bumps in the road. Now I have a menu that changes a tweak at a time, but still works for most palettes. It’s based on a lot of my experiences — specifically, my memories as a kid and the chefs I’ve worked with. It excites me to create and experiment and add new dishes. My food is strongly influenced by the mountains and its cultural origins.”

For a time, things seemed to be going well. Jill served as house manager, meeting and mingling with the restaurant’s clientele. That in turn, helped increase the goodwill. Many of the customers were attracted to Jill’s fashion sense, inspiring the couple to open to open up a small custom clothing shop within the restaurant’s environs, managed by Jill and dubbed the Queen Bee Boutique.

They also overcame staffing shortages by offering intern opportunities to students enrolled in the athletic department at Heritage High School.

“We created a great environment for these kids with their first jobs,” Estes said. “Our guests love the energy that comes with these kids. They’re eager to please, and they have a good work ethic and a team-oriented attitude.”

Things finally seemed to be working well for the couple, but then, this past August, the couple was dealt an even more serious blow. The two were at work when Jill told her husband that she felt numb on one side of her body, that her vision was impaired and she was having problems with her equilibrium. After undergoing tests at the hospital, they were told that a mass had been detected near her temple. Following more intensive testing at UT Medical Center, a brain tumor was found.

After a week’s stay at the hospital, the couple traveled to Nashville to meet with specialists at Vanderbilt University Medical Center. Jill was put on specific medication to prepare her for a series of radiation treatments. The day before she was scheduled to begin, she had a seizure that put her back in the hospital. The mass had grown and put pressure on her brain, causing problems with her speech, vision and equilibrium.

After a week of care and new medication, her treatments seemed to be going well.

These days, Dan Estes remains philosophical about the entire experience.

“From angry old Carriage House loyalists to dealing with the typical new restaurant bumps in the road, things have not been easy,” he said. “I believe every business has suffered in one way or another through these past two years. We didn’t really have a choice but to continue with our plans. It’s certainly been a tough road that we’ve traveled, but it finally seems to have paid off.”