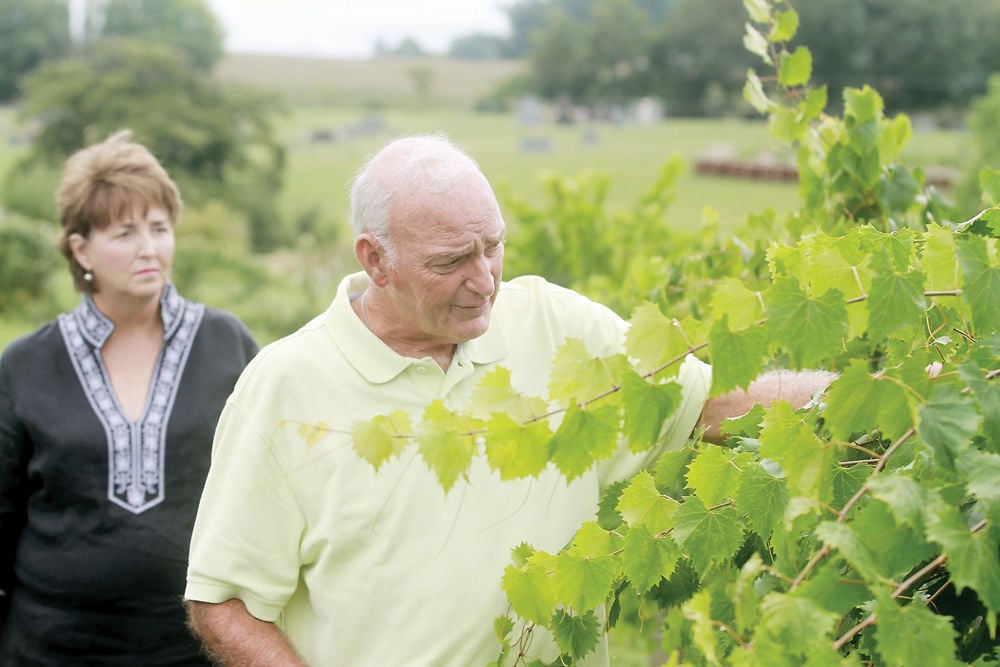 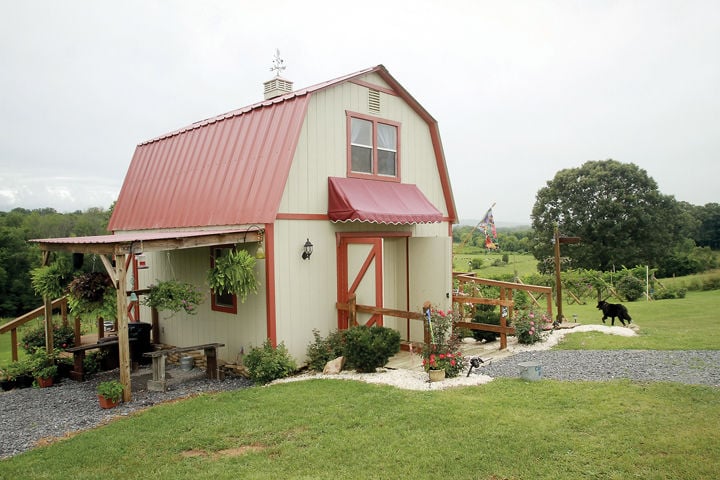 Mark Griffith had a dream — a secret dream he kept to himself for years.

It only came to light when under pressure brought on by his 24/7 job, security director at Blount Memorial Hospital.

“It was nothing for me to be at the hospital at 2 o’clock in the morning,” Griffith said.

He ended up staying in the hospital even longer hours — in the emergency room sometimes four times a month because of increasingly uncontrollable migraine headaches.

‘Finally, the doctor said, ‘I don’t know if I’ll be able to bring you out of this. One of these days it’s going to be a stroke or a heart attack.’”

Griffith thought about that for a couple of weeks, then finally told his wife, Beverly, a teacher at Walland Middle School. “She decided and I decided it was time for me to come home.”

Another conversation Griffith had at work ended up giving him a new outlet for his workaholic ways. A director concerned about his health asked him what he did when he went home.

Griffith had never told that to his wife or their children. When he told her about that conversation, “Bev said, ‘Why not?’”

Beverly Griffith’s parents, Bob and Dorothy Herron, were a farm family. Their farm was what now is Partnership Park South. That’s one of the reasons Griffith worked after his city job was over. There’s always work to be done on a family farm, and all the family pitches in.

The Griffiths ended up with a farm on Old Niles Ferry Road, property sold by Dick Ray, former operations manager at ALCOA Tennessee Operations. They named it Blue Goose Farm.

So Griffith started on his first vineyard, working with a used Massey Ferguson compact tractor bought for him by his wife and father-in-law. It turned out, a compact tractor isn’t built for building a vineyard.

“I started working on that and burned the clutch out twice. The mechanic finally told me, ‘You can’t use this little tractor to do what you’re trying to do.’ I was kind of devastated because I thought, ‘Boy, there’s the end of the vineyard.’”

The family came to the rescue again.

“I started looking on the Internet for used tractors. And I looked from here to Texas, and every time I’d find one I’d sit down with my father-in-law and say, what do you know about these? Finally, he went to Beverly and said, ‘Take my checkbook and go get Mark a tractor. He knows what he needs.’”

Being equipped for the job was one thing, knowing how to grow a vineyard was another.

“We went everywhere to absorb everything I could like a sponge, and then I went on the Internet,” Griffith said.

He decided on growing muscadines, a hearty grape that is a prolific grower and a Southern tradition. He learned there were 109 varieties and that every vineyard has its own techniques for growing and processing the grapes.

The first Blue Goose vineyard was planted in 2005. The very sparse first harvest came in 2007-2008. They had muscadines for sale at The Market on High Street in Maryville and at some stores in Knoxville. Then came legislation that enabled the farm and vineyard to be a true wine business.

In 2012, the Legislature passed and the governor signed the Farm Wine Law that permitted Tennessee fruit farmers to take their produce off their agricultural land to be custom crushed and processed and returned to the farm, bottled for sale at a licensed farm winery.

That was the next challenge: Where to make the wine. The Griffiths found a Bradley County winery, Mountainview Winery, that seemed promising. It belonged to Eric and Morris, of Charleston, but they only processed the grapes and other fruits they grew. That’s what the Griffiths learned on the phone. Undeterred, they made a visit.

“Thought if we couldn’t get in business with them this year, maybe next year. We sat, and they had 15 different wines, tasted every one of them. There wasn’t a bad one in any one of them,” Griffith said. “We talked and we talked — and he was just a good ole mountain boy. He and I stood outside and looked at the vineyards. He said, ‘How many grapes you think you’re going to have?’”

Eric Morris told the Griffiths to give them a few days to think about it. He called the next day. They had a deal.

In July, after the paperwork was signed, sealed and delivered by the state Alcoholic Beverage Commission, Blue Goose Farm & Vineyard was opened for business at 3334 Old Niles Ferry Road, Maryville.

Muscadines grown at Blue Goose include Magnolia, Hunt, Cowart, Jumbo, Carlos, Doreen, Nesbitts, Scarlet and Southern Home. Black Spanish and Concord grapes are in the vineyard as well as Radiance and Thompson bunch grapes. Other fruits grown include apple trees, blueberries and cherries.

The store also carries Sweetwater Valley cheese, and arts and crafts items ranging from wine-bottle glasses to gift boxes, wine racks to agricultural photography by Cat Griffith-Benson, the Griffiths’ daughter, who designed the vineyard’s logo and wine labels and is the farm’s marketing director.

The 24/7 stress of managing security for a hospital is gone, but Mark Griffith still stays plenty busy.

“I’ve never regretted doing this. I’ve worked like a dog, and I go to bed tired at night, but it’s a good tired,” he said.

“This has been the culmination of a long dream. I finally vocalized it, and then we decided we’d to do it, and I’ve never looked back.

Looking at his wife, he gave Beverly Griffith credit for making his dream come true.

“This lady, if it hadn’t been for her moral support, financial support, physical support, I’d have never been able to this.”

Physical challenges remain. The migraines aren’t as bad, but he was diagnosed with Parkinson’s disease last year. After learning about that, Griffith’s family wasn’t keen on him keeping the farm and vineyard as a working operation. Mark Griffith had other ideas.

“My family, all big-city people, first thing they said was, ‘You’ve got to get rid of the cattle. You’ve got to plow under the vines.’ I said, ‘What are you talking about? I’ve waited all my life to do this, and I won’t quit it. I won’t quit till my last breath.”