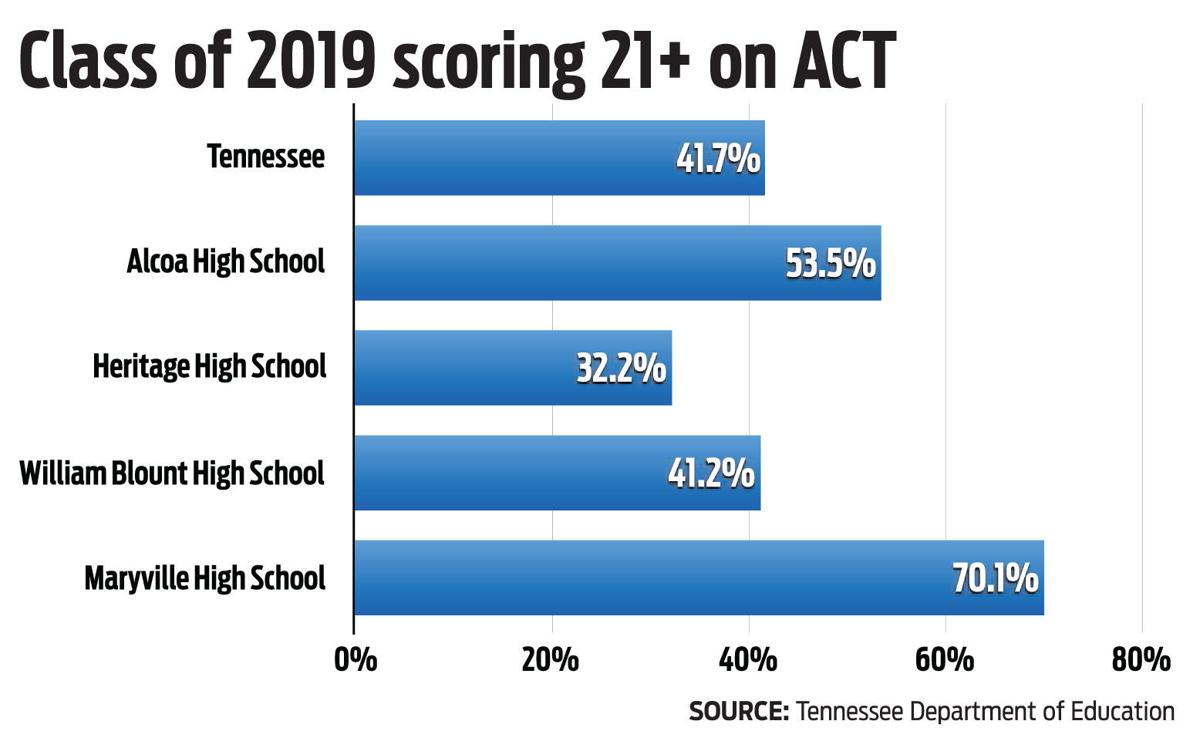 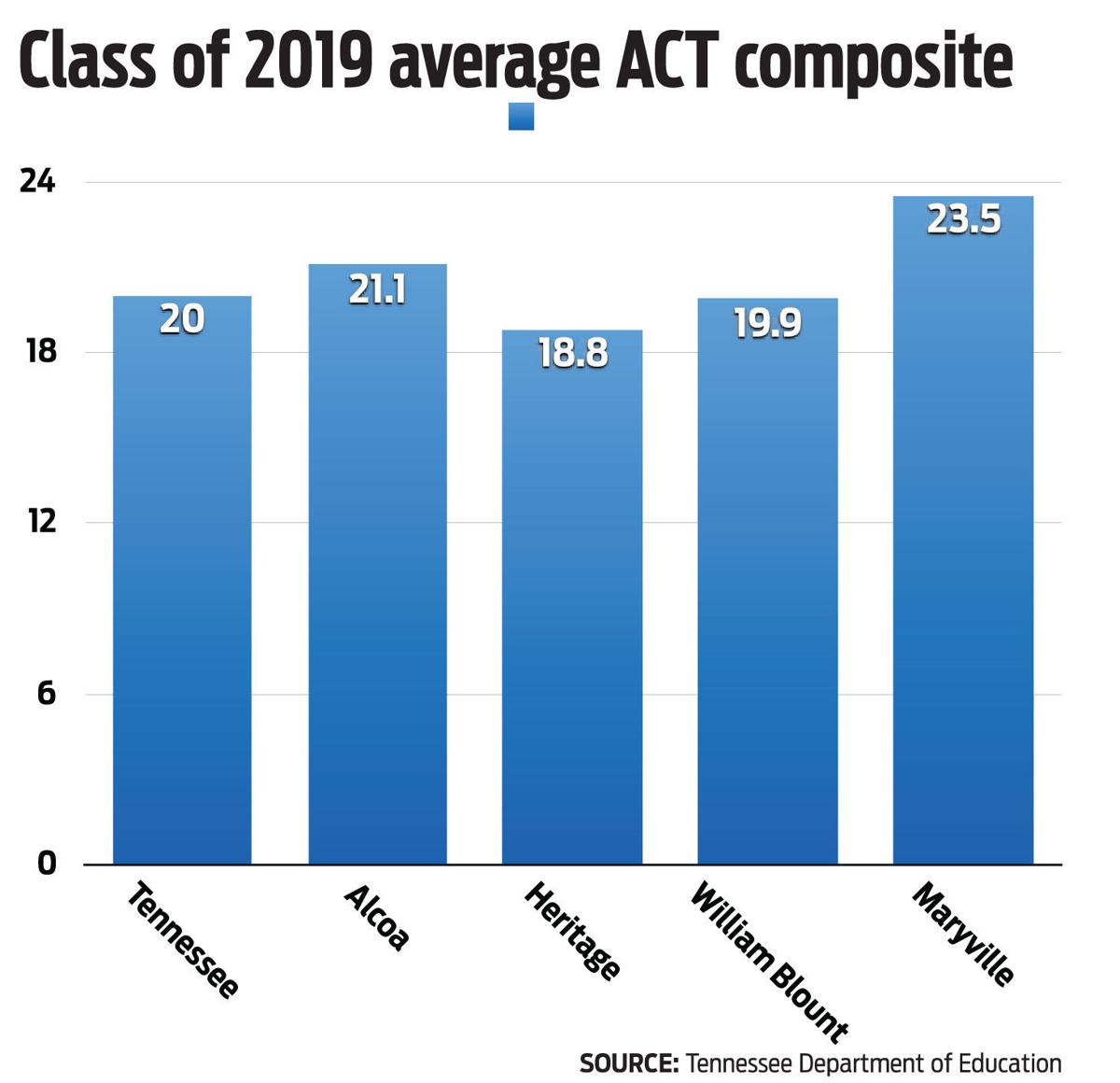 Maryville High School students continue to rank fourth in the state on the ACT exam, used for college admissions. Alcoa students scored above the state average, while Heritage’s and William Blount’s results inched up during the past school year.

Tennessee students in the Class of 2019 posted an average composite score of 20, with 41.7% earning 21 or higher, one of the ways to qualify for the state’s Hope Scholarship.

Data released Monday, Nov. 4, by the state Department of Education are based on each public school student’s best score, while ACT releases data based on each student’s last score and includes private schools.

While statewide scores dipped slightly, by one- to three-tenths of a point across subjects, the Blount County Schools’ average composite score remained level from the previous year, at 19.4.

Heritage and William Blount posted gains across the board, with a 0.6-point rise in their average composite scores and in most subjects. William Blount now has a composite of 19.9, but Heritage still lags, at 18.8.

Teachers also are using ACT pre-tests to talk with students about their skill gaps and how to improve. National Honor Society members have held morning meetings to help other students with test-taking preparation and strategies.

“Our students have worked really hard,” he said.

Maryville City Schools ranked fourth in the state for the average composite, English, math and science scores, behind Germantown, Williamson County and Collierville schools. It ranked sixth in reading.

Maryville’s scores all were down less than a point from the previous year, when they had risen from 2017. “We expect quite a bit of ebb and flow because of our small numbers,” said Mike Winstead, director of Maryville City Schools.

Students generally take the ACT in their junior years, and Tennessee has been offering seniors a free retake, during which about half raise their scores. Winstead noted that students vying for admission to top colleges may take the exam four to six times to raise their scores.

Maryville in particular has encouraged students projected to earn less than a 21 to enroll in its ACT prep course. At Maryville, 70.1% of the Class of 2019 hit that benchmark, which is important not only for students’ Hope Scholarship eligibility but also for the state’s measure of whether school districts are creating what it deems “Ready Graduates,” prepared for college and careers.

Informally, Winstead said MCS has set a goal of 80% to score 21 or above. Only Germantown exceeded that this year, at 86.2%.

“That’s a stretch,” the Maryville director said. “It’s a K-12 effort to see 10% more kids reach 21 or above. I think our students are capable of that.”

Winstead said he’s also optimistic that ACT scores will continue to rise as a result of more rigorous state academic standards being taught.

Heritage High School also had 100% participation, with 320, while William Blount had a 97% rate, with 405 ACT test-takers. That gave Blount County Schools a combined participation rate of 98%, the same as the state.

Alcoa’s average composite was 21.1, down from 21.3 the previous year, but science was the only subject that showed a decrease, at just a tenth of a point.

Alcoa High School saw a large increase in the number of black, Hispanic or native American students and their scores, noted Kim Hawkins, director of assessment, accountability and grades six through 12 instruction for Alcoa City Schools.

The number of economically disadvantaged students grew from 36 to 65, and their math, science and composite scores rose, with an average composite of 18.6.

This year Alcoa High School has 19 juniors or seniors who have scored 30 or higher on the ACT, which has a top possible score of 36. That’s up from 16 last year, when the district began hanging from light poles on the campus banners with the photos of those top students.

”It’s our pleasure to have to order more banners,” Hawkins said.