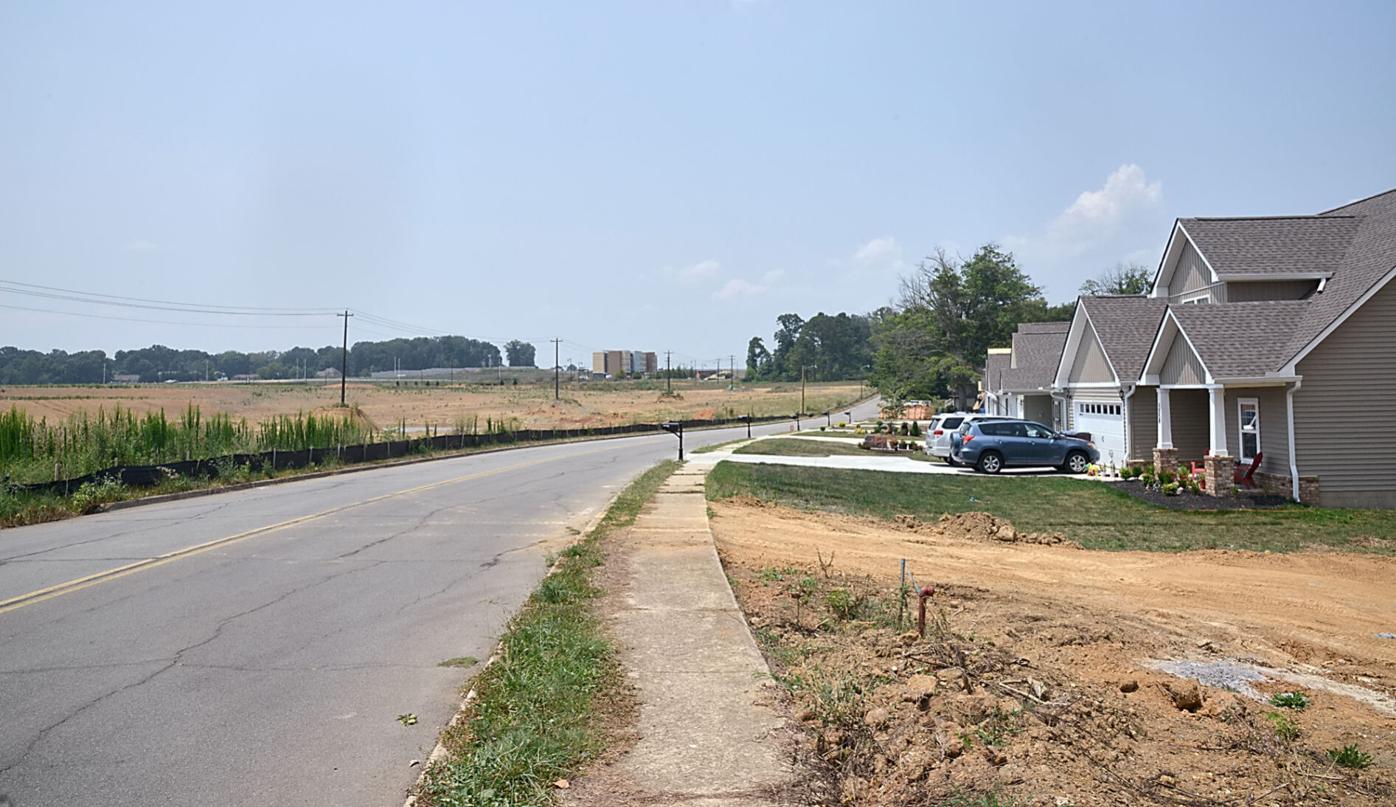 Existing homes on Mills Street in Alcoa sit across from the Springbrook Farms development where developers want to add 123 more homes, most on 40-foot-wide lots. 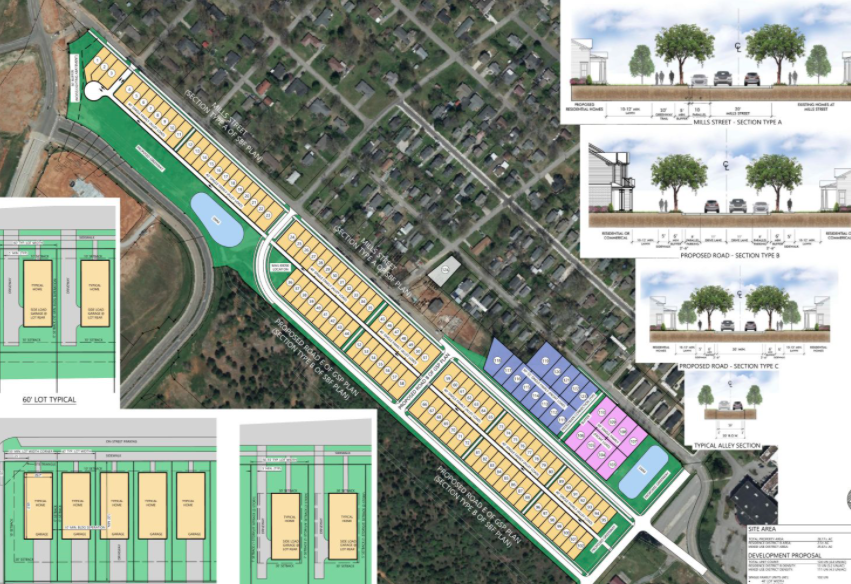 Designs revised since the development was first proposed show 123 homes proposed off Mills Street in Alcoa.

Existing homes on Mills Street in Alcoa sit across from the Springbrook Farms development where developers want to add 123 more homes, most on 40-foot-wide lots.

Designs revised since the development was first proposed show 123 homes proposed off Mills Street in Alcoa.

The Alcoa Board of Commissioners passed an ordinance on Tuesday to allow developers to rearrange a portion of Mills Street for a new subdivision with more than 100 single-family homes.

Beginning in the summer of 2021, developers acted on plans to build about 120 houses on the vacant side of Mills Street, part of the larger plan to create a downtown area in Alcoa — Springbrook Farm.

Closing a portion of the road was one of several steps developers took to be able to start construction on the subdivision.

City Planner Jeremy Pearson said the road closure was a key piece in building the subdivision.

One of the biggest hurdles, although controversial, was passage of a board-amended zoning law in September to allow smaller lot sizes in Alcoa’s mixed-use districts, the type of district where the subdivision will be located.

Individual lot sizes in the development plan range from 40 to 60 feet in width. Prior to, lots in mixed-use districts in Alcoa couldn’t be smaller than 50 feet wide.

Smaller lots allowed developers to design a subdivision with more single-family homes, which will range in price from $275,000 to $375,000, according to earlier reporting from The Daily Times.

Pearson said developers have recieved all approvals to begin construction and are finalizing any comments from the city and community to create a final plan.

Construction could begin as early as spring, Pearson said.

According to reporting from The Daily Times, Mills Street is one of at least two projects RealtyLink is working on for the Springbrook Farm development.

Austin Wilson of RealtyLink said the company’s request to vacate a portion of the street is for safety and to create additional lots. A curve in the otherwise straight roadway connects to Lodge Street.

Wilson said the existing curve will transform into several vacant lots for homes, while Mills Street will be extended to connect to the newly paved Faraday Street.

Two new roads — Faraday Street and Marconi Boulevard — are hoped to take traffic pressure off Mills Street and other roadways in the neighborhood.

Since plans for the subdivision were introduced to the Planning Commission last year, the public has voiced concern over an influx of student admittance into Alcoa City Schools and additional traffic in an already traffic-stressed area.

Mark Paulley, who lives a block over from Mills Street, was the only member from the crowd to voice a public opinion during the board meeting on Tuesday. He said a new intersection on Mills Street created from the extension could encourage motorists to dangerously speed along Alcoa Road.

In response, Commissioner Vaughn Belcher mentioned how traffic along Alcoa Road, which is connected perpendicular to Mills Street, is growing.

Megan Brooks, chief engineer with Alcoa’s Public Works and Engineering Department, said Faraday Street will be open for traffic next week. Pavers are finishing the roundabout that intersects the middle of the street near Tesla Road.

The other roadway, Marconi Boulevard, is open for traffic between Tesla Road and Springbrook Road. Brooks said the completion of the roundabout that intersects with East Edison Street and Springbrook Road is up in the air, but she estimated it could be in February.