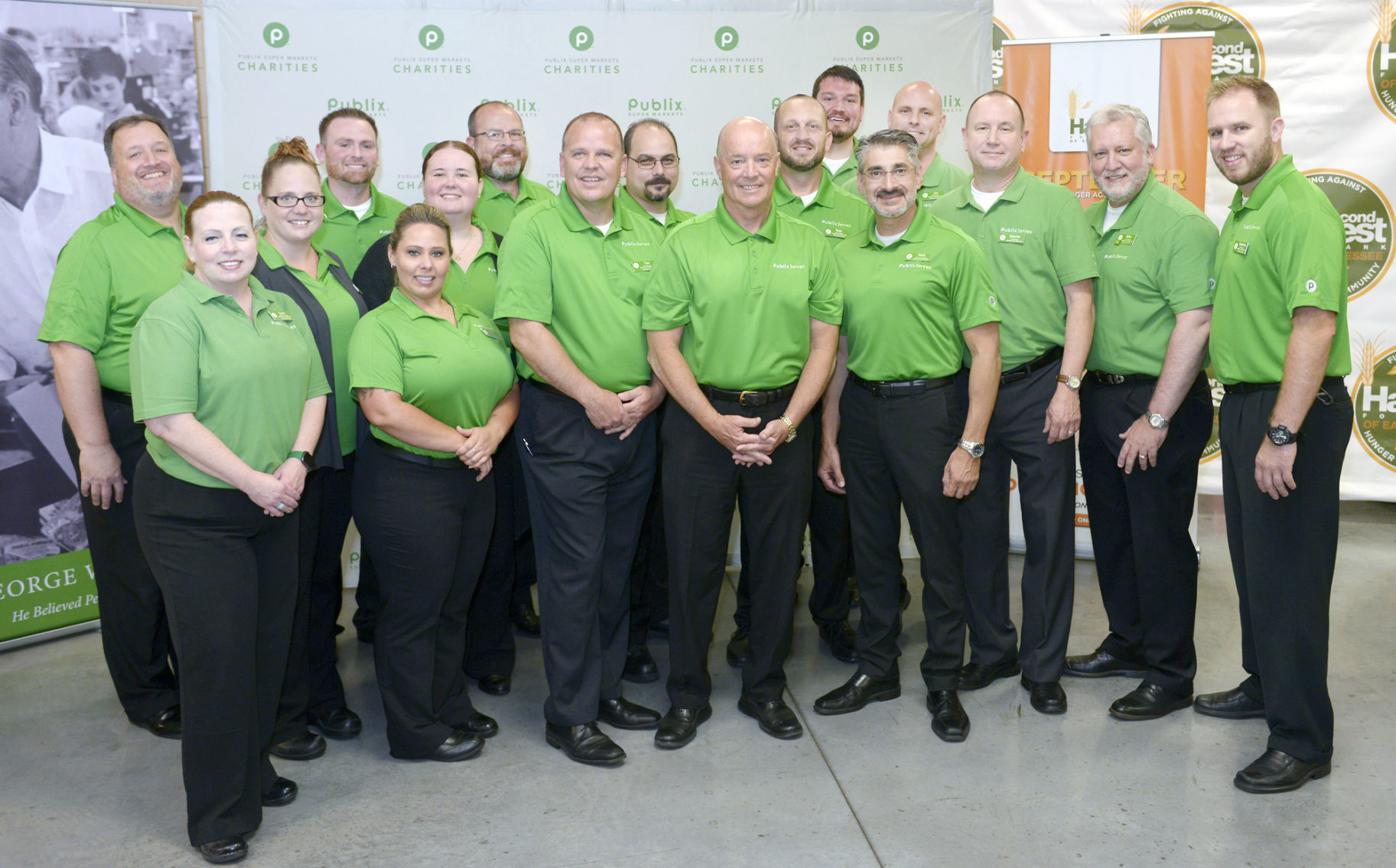 In this file photo from August, Publix CEO Todd Jones (center, front) is joined by Publix employees following presentation of a $60,000 check to Second Harvest Food Bank of East Tennessee. 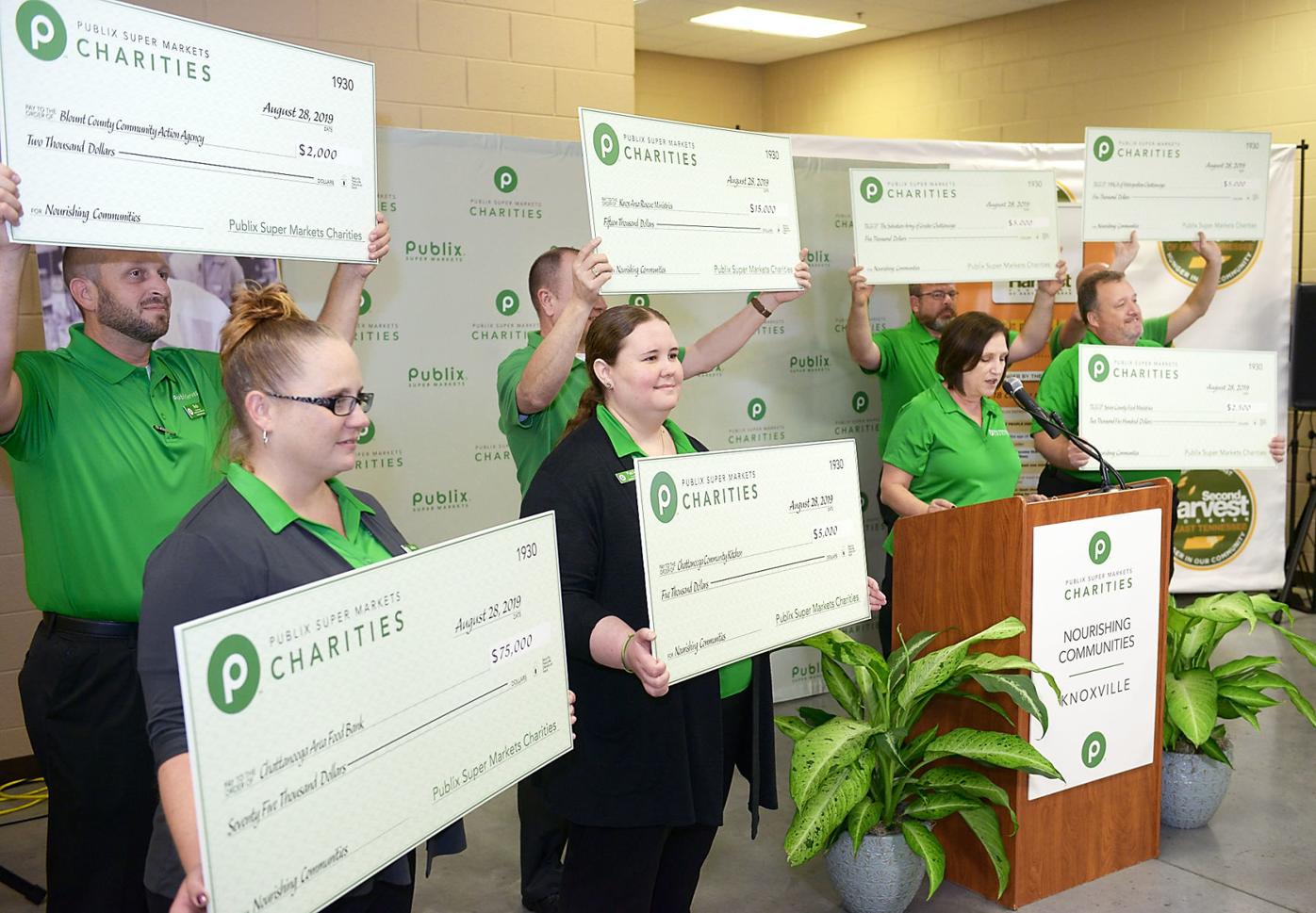 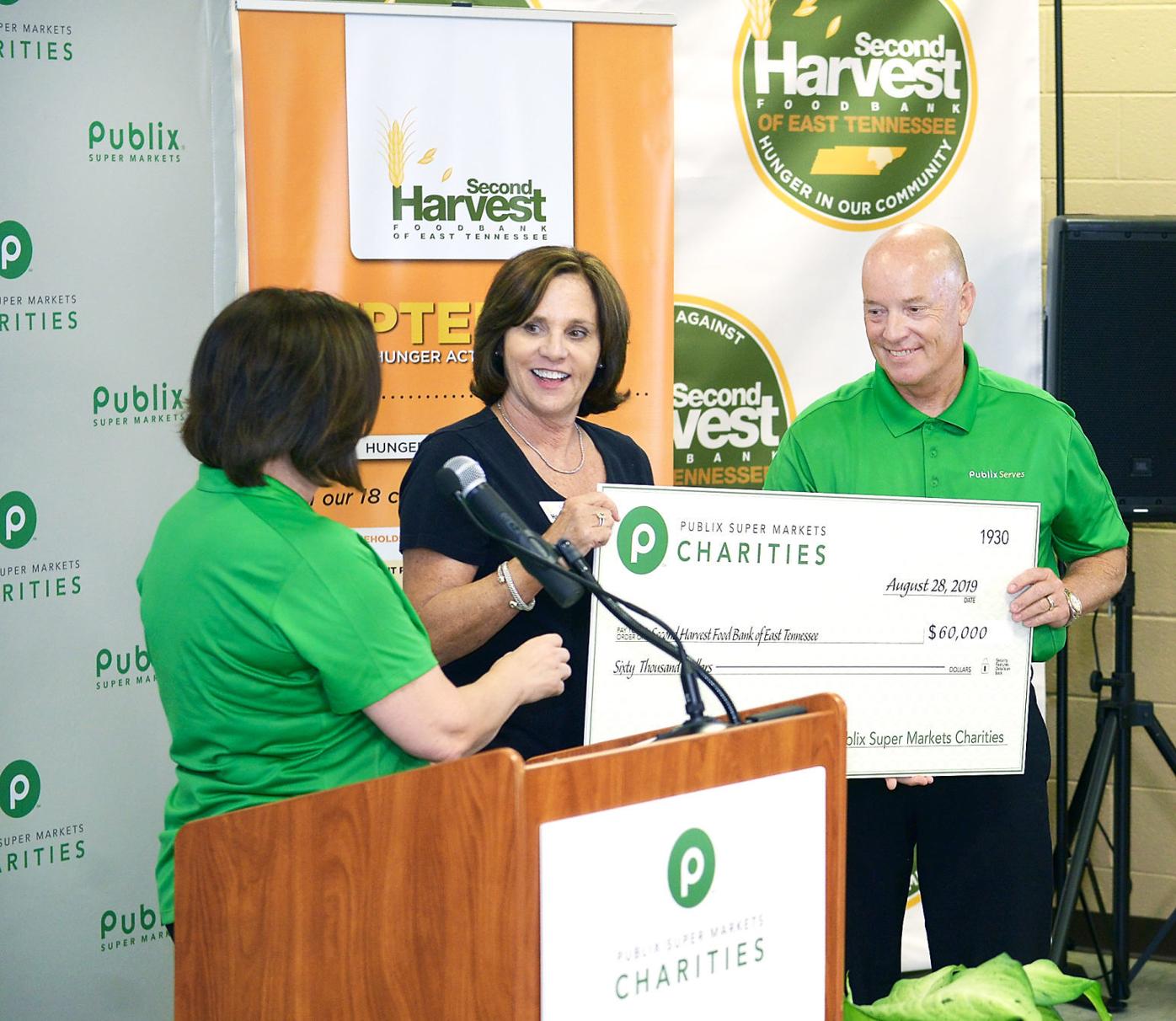 In this file photo from August, Publix CEO Todd Jones (center, front) is joined by Publix employees following presentation of a $60,000 check to Second Harvest Food Bank of East Tennessee.

With the holiday season looming, both the Tennessee Department of Human Services and Publix, Inc have designated funds to end one of Tennessee’s most pressing issues: poverty.

“About 10 years ago, we started getting word that there was not enough fresh product out there, and that’s about the time that food banks started hearing about how food insecurity was affecting the health of people,” Reid said.

In the program, Publix supermarkets donate food — such as dairy, deli, meat, produce and baked goods — approaching their sell-by dates to nearby, partnering food banks, Reid said. The food banks are then able to serve fresher, healthier food to the community.

“The Perishable Recovery Program is all about fresh products being delivered into the community where they’re needed,” Reid said.

Publix has also donated an additional $60,000 to Second Harvest as a part of its goal to give $5 million to food banks partnering with Feeding America, a nonprofit hunger relief organization.

When John Provenzano, vice president of government relations for Publix, presented this money to Second Harvest in August, he said Publix’s mission is to feed people considered to be “food insecure.”

A person is considered “food insecure” when he or she does not have access to enough food at any given time to live a healthy, active life, according to the United States Department of Agriculture.

More than 13,000 people or 10.7% of Blount County’s population were considered food insecure in 2017, according to the most recent data from Feeding America.

Whitney Cowles, director of nutrition and program assurance at Second Harvest of Middle Tennessee, shed light on the effects of food insecurity in a Tennessee Justice Center conference call about childhood poverty.

“Food is a basic need and far too many children in Tennessee are going without,” Cowles said. “We know that childhood food insecurity is linked to poor health outcomes and behavioral problems, and children who are hungry are not going to do as well in school.”

Some 934,310 Tennesseans were reported as being food insecure in 2017, the same Feeding America report showed.

“I think Tennessee has a great opportunity with the TANF funds,” Cowles said, referring to Temporary Assistance for Needy Families. The U.S. Department of Health and Human Services describes TANF as a federal program that gives money to families when the primary caregiver cannot provide basic needs.

Each year, Tennessee TANF receives $190.9 million from the federal government. However, in the 2019 fiscal year, Tennessee only spent $71.1 million of these funds, according to The Beacon Center of Tennessee, a nonprofit research organization.

The Beacon Center of Tennessee reported the unspent money is placed in a reserve fund and as of September of this year, the reserve fund had reached $732.7 million.

The remaining balance in the reserve fund prompted leaders in fighting poverty across the state to join the conference call with Cowles earlier this month.

Linda O’Neal, former executive director of the Tennessee Commission on Children and Youth, suggested the surplus money in the reserve fund be used to increase the monthly allowance given to TANF families.

“Increased support with TANF funds provides an important opportunity to improve outcomes for children and families, O’Neal said. “Children who grow up in poverty are less likely to achieve economic success as an adult. It’s a wise investment in Tennessee children that will help break the cycle of poverty and reduce future costs in areas as diverse as substance abuse, mental health, physical health and incarceration.”

Last week, the Tennessee Department of Human Services announced a plan to spend the surplus of TANF funds.

Some $84 million will be used to reopen the Two Generation (2Gen) grant process which funds nonprofits and community organizations with TANF money.

The Tennessee Department of Children’s Services will receive $10 million in funding to create a program that assists relative caregivers, helps keep children together with their families and prevents adverse childhood experiences.

Programming amounting to $80 million will fund the following efforts:

• Programming to assist families with transportation barriers in both rural and urban communities.

Some of the surplus money will remain in the reserve fund to save “for a potential downturn in the economy,” TDHS commissioner Danielle W. Barnes said in the release.

“We now have an opportunity to innovate and better serve our families in need,” Barnes said.