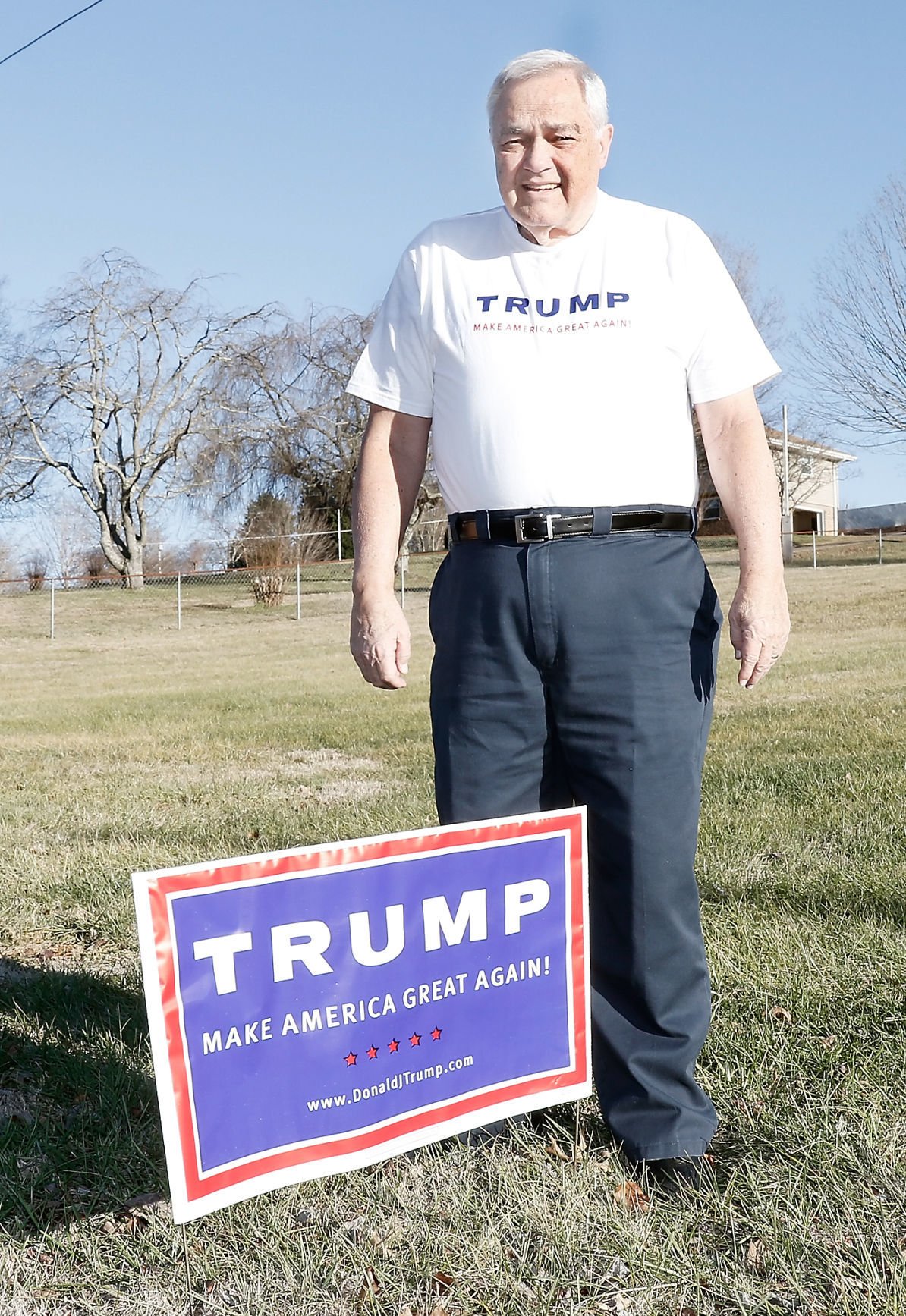 In this file photo from 2016, Joe McCulley stands with a Trump campaign sign in his front yard. 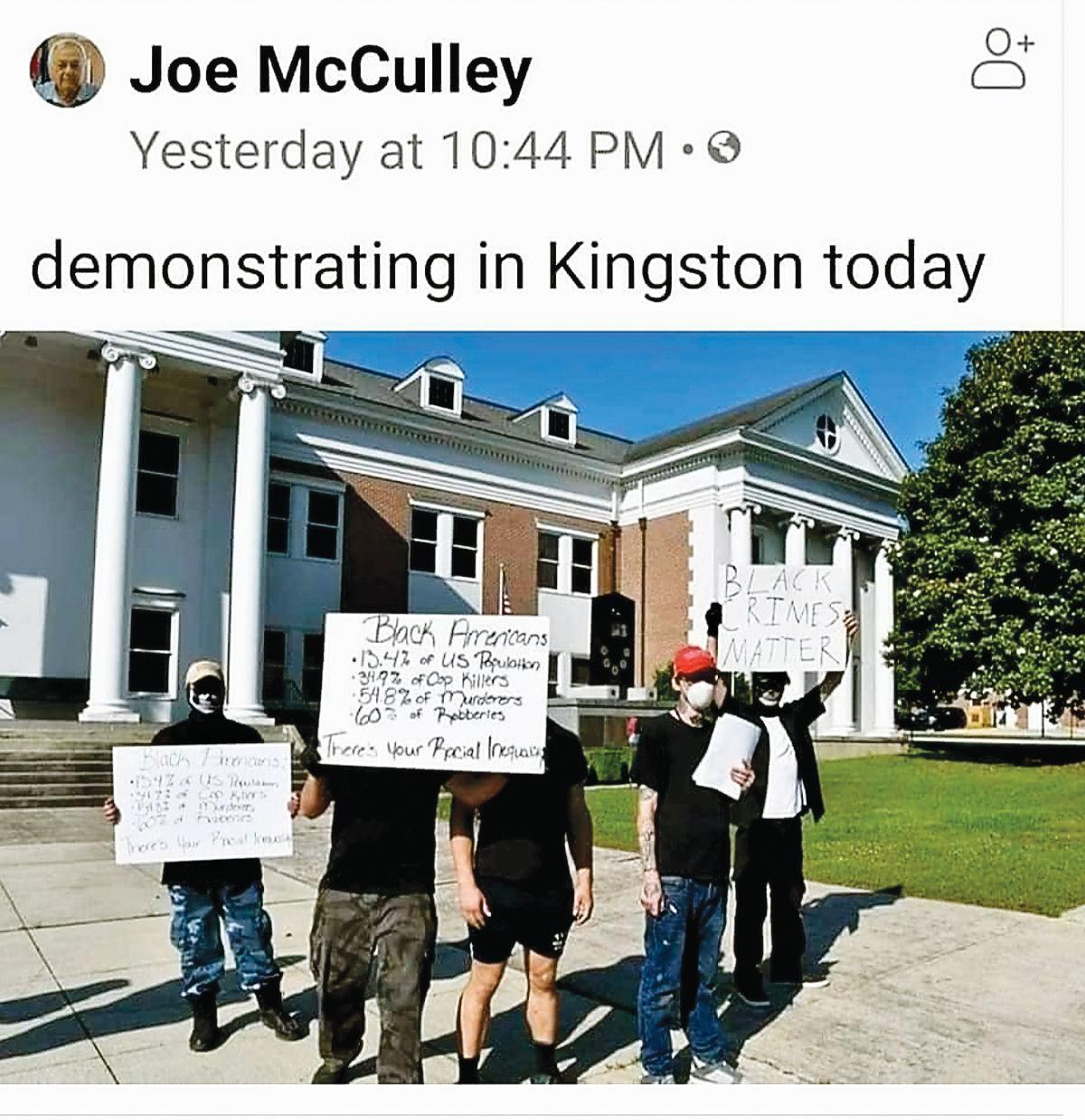 Joe McCulley’s Facebook post, which included such signs as “Black Crimes Matter,” caused an uproar over the weekend in the activist community. The original photo was taken by Roane County News photographer David Doonan. 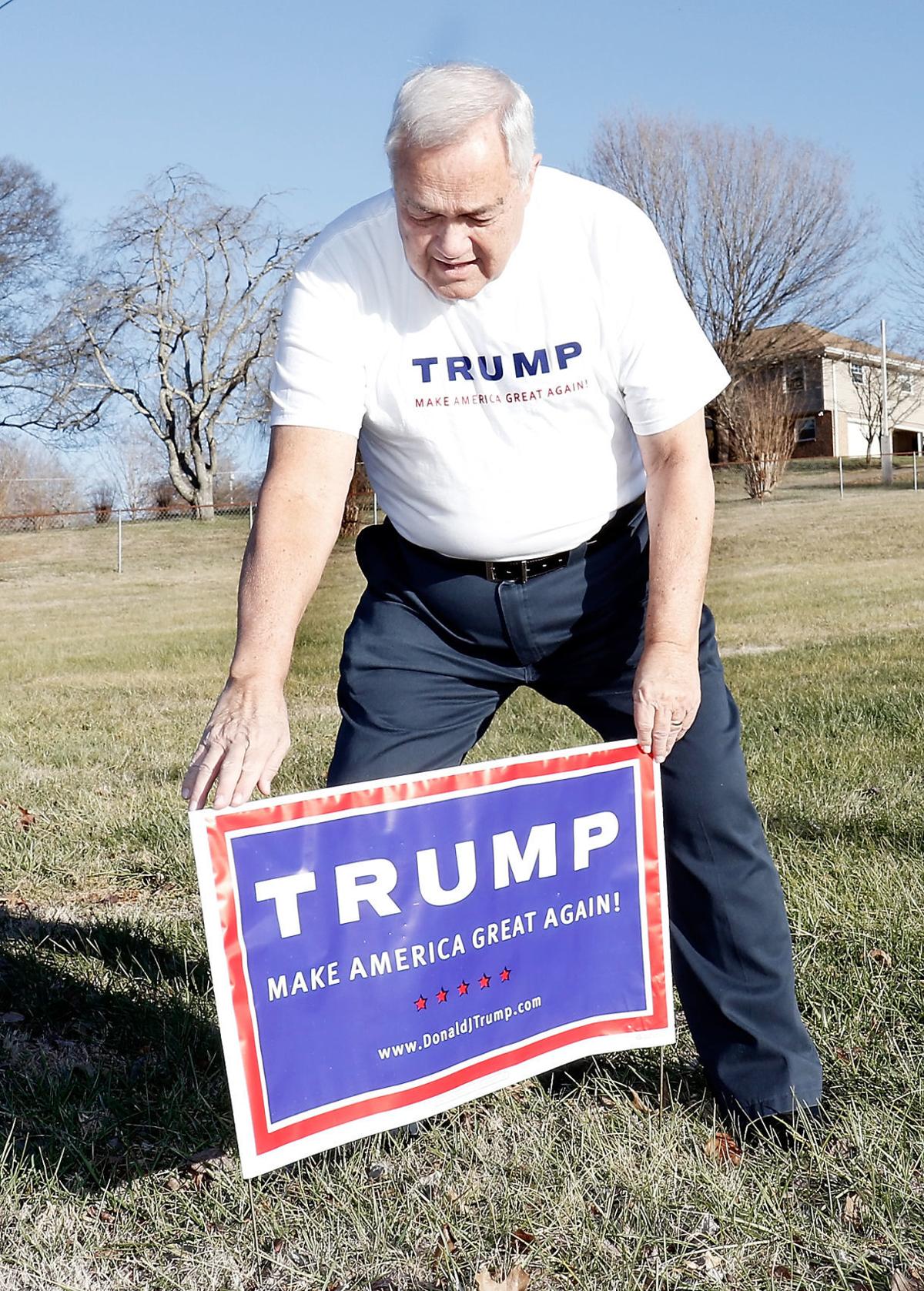 In this file photo taken in January 2016, Joe McCulley adds a Donald Trump campaign sign to his yard. McCulley became a delegate at the Republican National Convention for then-presidential candidate Trump. 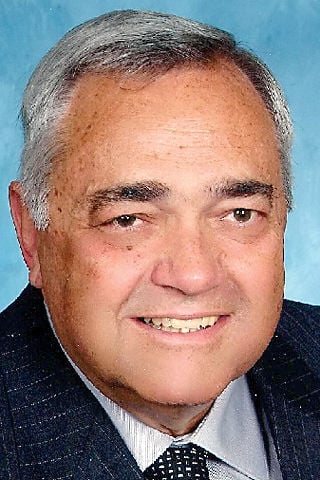 In this file photo from 2016, Joe McCulley stands with a Trump campaign sign in his front yard.

Joe McCulley’s Facebook post, which included such signs as “Black Crimes Matter,” caused an uproar over the weekend in the activist community. The original photo was taken by Roane County News photographer David Doonan.

In this file photo taken in January 2016, Joe McCulley adds a Donald Trump campaign sign to his yard. McCulley became a delegate at the Republican National Convention for then-presidential candidate Trump.

A Blount County commissioner is getting backlash on social media after posting an image of a group of white men holding racist signs in front of the Roane County Courthouse.

On Saturday, Commissioner Joe McCulley posted a photo of six men demonstrating in Kingston. One of the men held a sign saying, “Black Crimes Matter,” and two others held signs showcasing a series of statistics about black Americans and crime.

A group of protesters from the Legion of Saint Ambrose, a white nationalist group, demonstrated at Blount County’s first gay pride event in August. At least one of the members in the photo posted by McCulley resembles a man who participated in the protest of Blount’s pride event.

McCulley refused to comment, referring The Daily Times to an emailed statement.

“Over the weekend I reposted a photo of a group of people holding a peaceful demonstration in Kingston. It was for informational purposes only,” McCulley emailed. “Now a bunch of the far left radicals are all upset. I didn’t post any comment except to say it was going on. They are all for free speech as long as it is theirs but they don’t want these guys to have a peaceful protest if they don’t agree with them.”

While McCulley, who is serving his first term, since has deleted the original post, he has continued to comment on other posts about the photo.

“Probably one of my best friends that I worked with for over 30 years was a black man who recently passed from cancer,” McCulley commented. “I still miss him.”

Smith, a law student at the University of Richmond in Virginia, said he was offended by McCulley’s post.

“As an African American, obviously I’m very concerned about some of the issues that are going on across the country,” Smith said. “But I’m also a resident of District 1. I’ve lived in Blount County my entire life. My family has lived here their entire lives. And to see their representative post something of that nature — with white supremacists and neo-Nazis at a rally — was really concerning to me, especially when he has been completely silent on the peaceful protests that are going on here in Blount County and across East Tennessee.”

Smith spent the morning of June 8 emailing Blount County commissioners to inform them of the post. On his personal Facebook page, Smith encouraged other Blount Countians to do the same.

“I would like him to resign, and I would like the other members of the County Commission to call on him to do that,” Smith said in a telephone interview. “I think a resolution in the form of a censure on the part of the County Commission would be good. Or just public awareness about what this county commissioner is saying could lead to him making the decision to step down.”

In his statement, McCulley said he did not promote white supremacy with his post.

“When it comes to the point where citizens in this country cannot peacefully express a contrary opinion without harassment and ridicule then everyone has lost their freedom,” McCulley emailed. “It was the French philosopher Voltaire who said, ‘I do not agree with what you say, but I’ll defend to the death your right to say it.’ Obviously, he believed in ‘freedom of speech,’ which some in our county apparently does not.”

Let's give Mr. McCulley a pass-why, he has black friends! [unsure]

Yes! Let’s also offer him a civics lesson - freedom of speech means you cannot be jailed for white supremacist remarks, but you can be fired, criticized, and have your feelings hurt on social media.