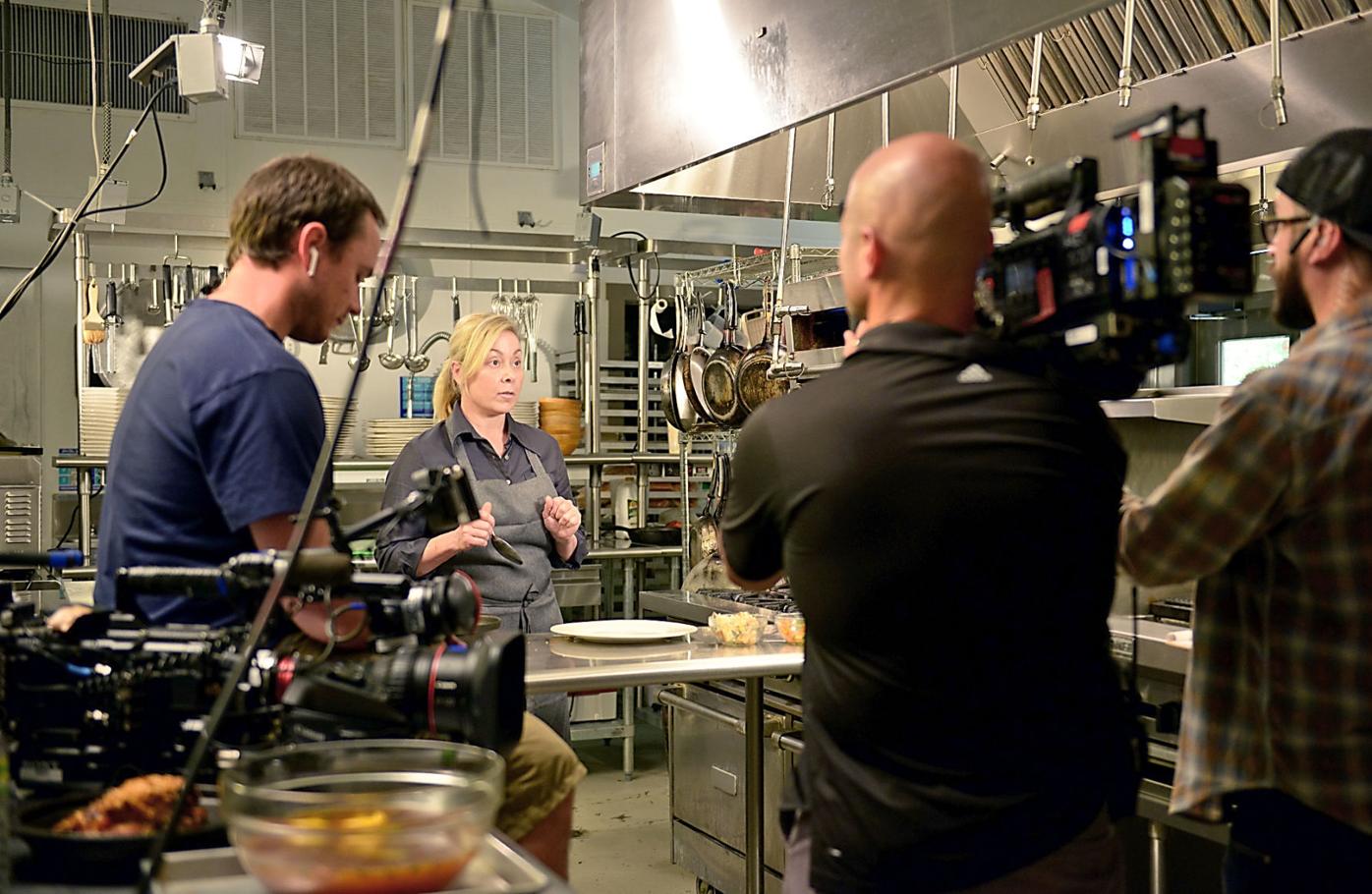 Chef Shelley Cooper (center) works with a Travel Channel film crew as she plates a meal at Dancing Bear Appalachian Bistro in Townsend during taping in June.

Flat bread with tomato, herbs and pimento cheese are heated on the smoker for Dancing Bear guests gathered for an outdoor concert on the lawn. 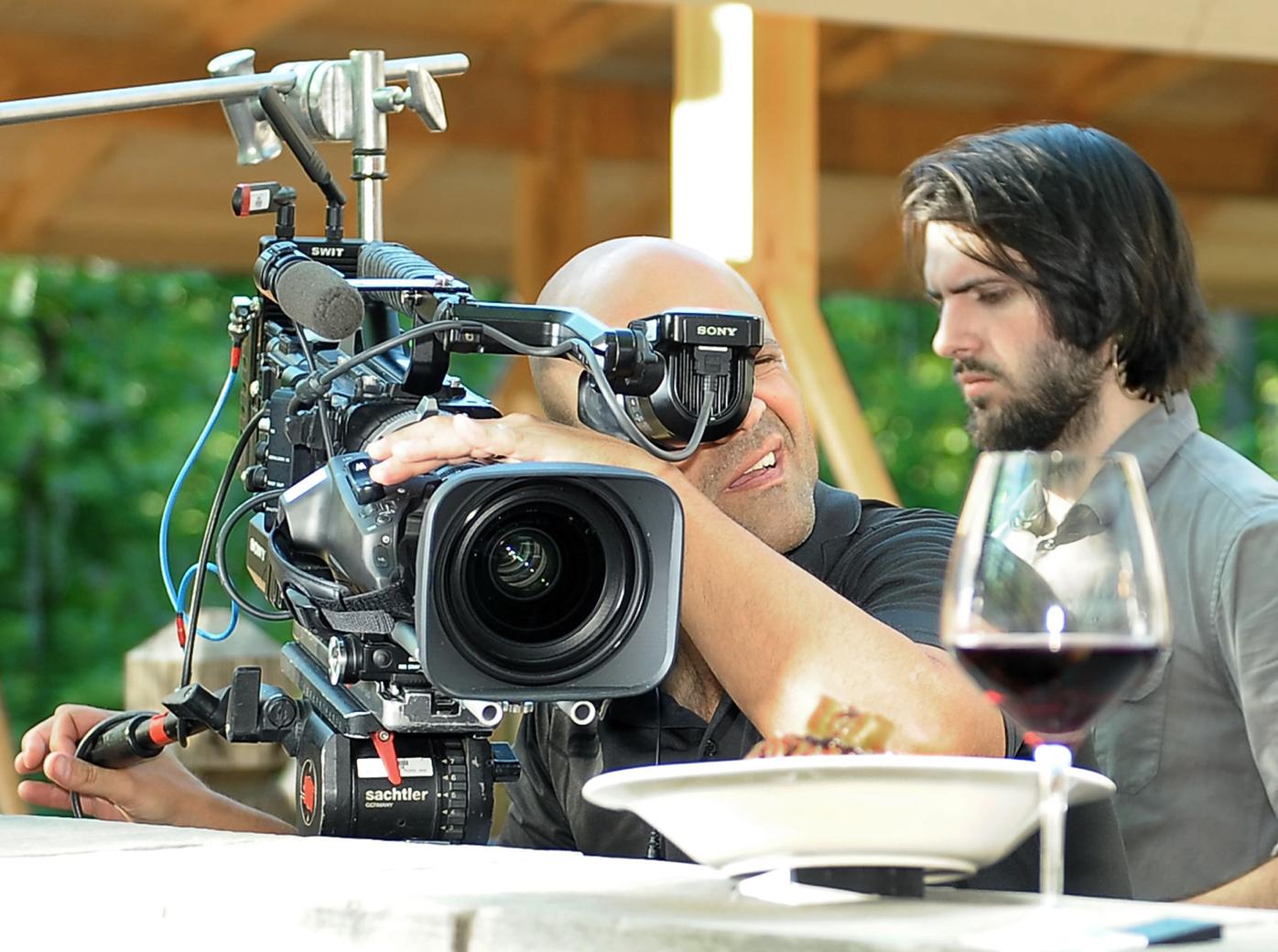 Travel Channel videographer Dave McCoul (with camera) and a local hire shoot a closeup of a plate of food June 2 at Appalachian Bistro at Dancing Bear Lodge in Townsend. 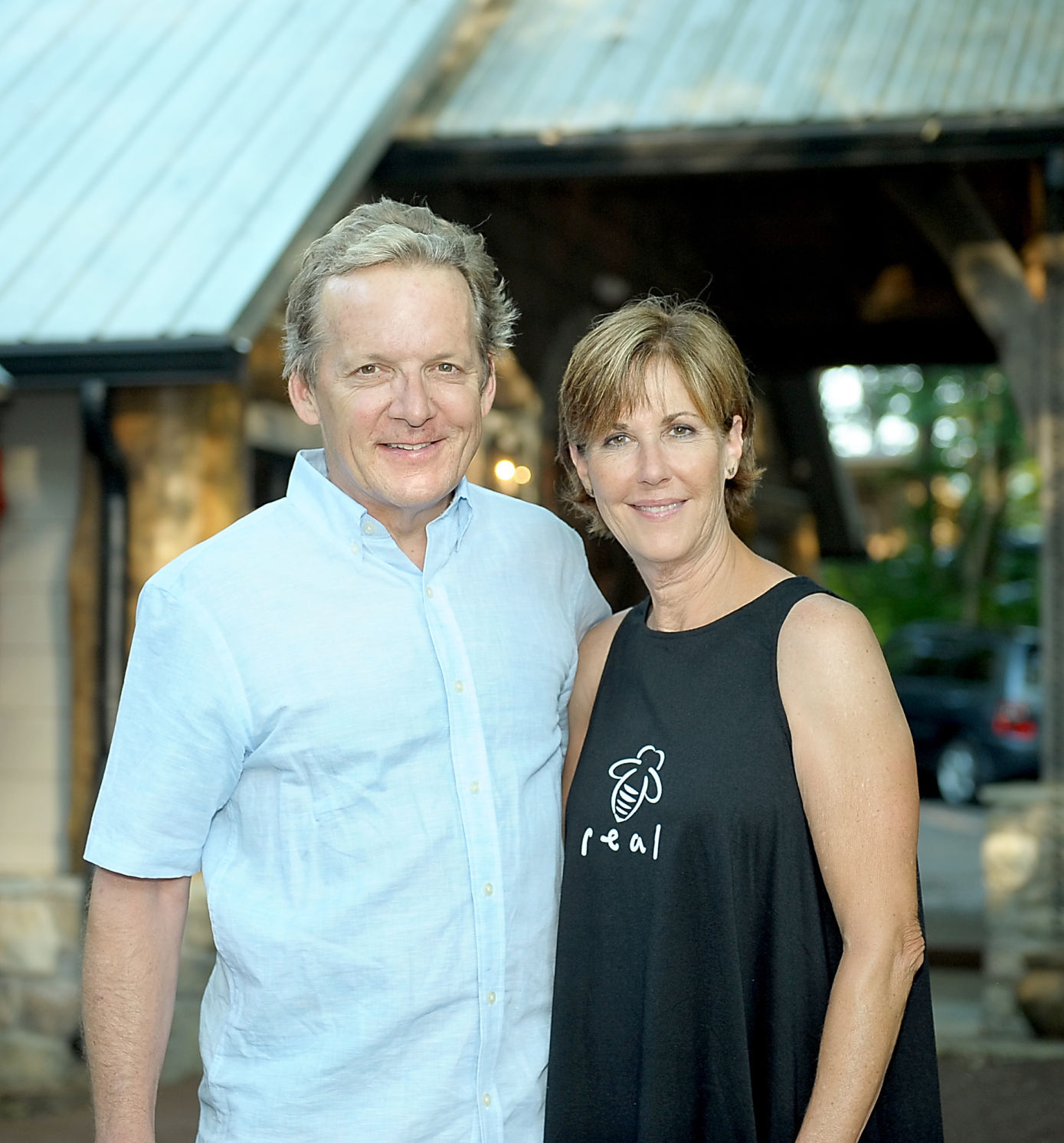 Chef Shelley Cooper (center) works with a Travel Channel film crew as she plates a meal at Dancing Bear Appalachian Bistro in Townsend during taping in June.

Flat bread with tomato, herbs and pimento cheese are heated on the smoker for Dancing Bear guests gathered for an outdoor concert on the lawn.

Travel Channel videographer Dave McCoul (with camera) and a local hire shoot a closeup of a plate of food June 2 at Appalachian Bistro at Dancing Bear Lodge in Townsend.

The television series, which airs at 8 p.m. every Sunday, presents “must-see food spots across the country that offer unique dining experiences,” in a variety of categories, such as “Deep Fried Paradise,” “All You Can Eat Paradise” and “Hot and Spicy Paradise,” according to The Travel Channel’s website.

Although the bistro’s paradisal theme or featured dishes could not be disclosed at this time, Ashley Pearl Box, director of promotional events at Dancing Bear Lodge, said that the show will “highlight the area and cuisine that’s been passed down through generations.”

“Part of what makes us special is that we are a farm-to-table restaurant,” Box told The Daily Times on Friday as videotaping was underway. “Most of our vegetables come right from our own garden, and lots of local farms all around Blount County and neighboring counties provide us with a lot of fresh ingredients. It’s a true work of art, and we really want to highlight that process and the love that goes into preparing each dish.”

Box named the Appalachian lunchable, bacon-wrapped scallops and lump crab stuffed trout as some of Dancing Bear’s most popular dishes.

“They’re really what we’re famous for,” she said, adding that the restaurant is also becoming increasingly known for it’s ability to cater to specific dietary restrictions. “Hosts ask about any restrictions when taking reservations, so the chef can have something already prepared and the guests can enjoy themselves and still stay healthy and safe.”

Because we’re farm-to-table, we can do that, she said.

Based on the restaurant’s raving reviews, Box said Dancing Bear was contacted by The Travel Channel several months ago about being featured in the series.

“Out of the blue one day a representative from ‘Food Paradise’ called,” she explained. “We first thought it was a hoax, but then they started sending all the legal documents and we began coordinating a timeline.”

“They’ve been on the property all day filming the garden, kitchen, lodging and some of our most beautiful spots,” she said.

After filming the cooking process earlier in the day, restaurant guests were interviewed Friday evening during the bistro’s dinner rush to give more insight into the certain aspects that make Dancing Bear Appalachian Bistro’s specialities stand out.

“They’re asking questions about why they come here and what makes Dancing Bear so special,” said Box, noting that a short clip of the resort’s Live on the Lawn summer concert series kickoff will also be included in the episode’s final product.

On Saturday, crews traveled around Townsend capturing B-roll footage of Little River and the Great Smoky Mountains before heading back to California.

“A lot of good things will come from this,” Box said. “It’s going to be a huge perk for Dancing Bear that will really bring awareness to Townsend and the Peaceful Side of the Smokies.”

“This will bring a wider audience to Townsend, specifically, and it puts us on the map as being a destination restaurant,” agreed Dancing Bear owner Mark Oldham. “It will also aid us immensely in defining upscale Appalachian food as serious cuisine.”

Additionally, Oldham said the coverage will bring much-deserved attention to Shelley Cooper, the bistro’s executive chef, who’s been involved with upscale Appalachian food for a number of years and has been featured in numerous cookbooks, including “Victuals: An Appalachian Journey, with Recipes” by Ronni Lundy.

“It’s an honor for Shelley to be recognized in this fashion,” he said. “We have a great partnership and relationship with Shelley, and she’s going to be around for a while.”

Dancing Bear Lodge and Appalachian Bistro will be notified later this month about when the 30-minute episode is scheduled for broadcast, which could be anytime between July and November.

“We’re just tickled — we pinch ourselves every day for how lucky we are to be here in Townsend,” Oldham said.