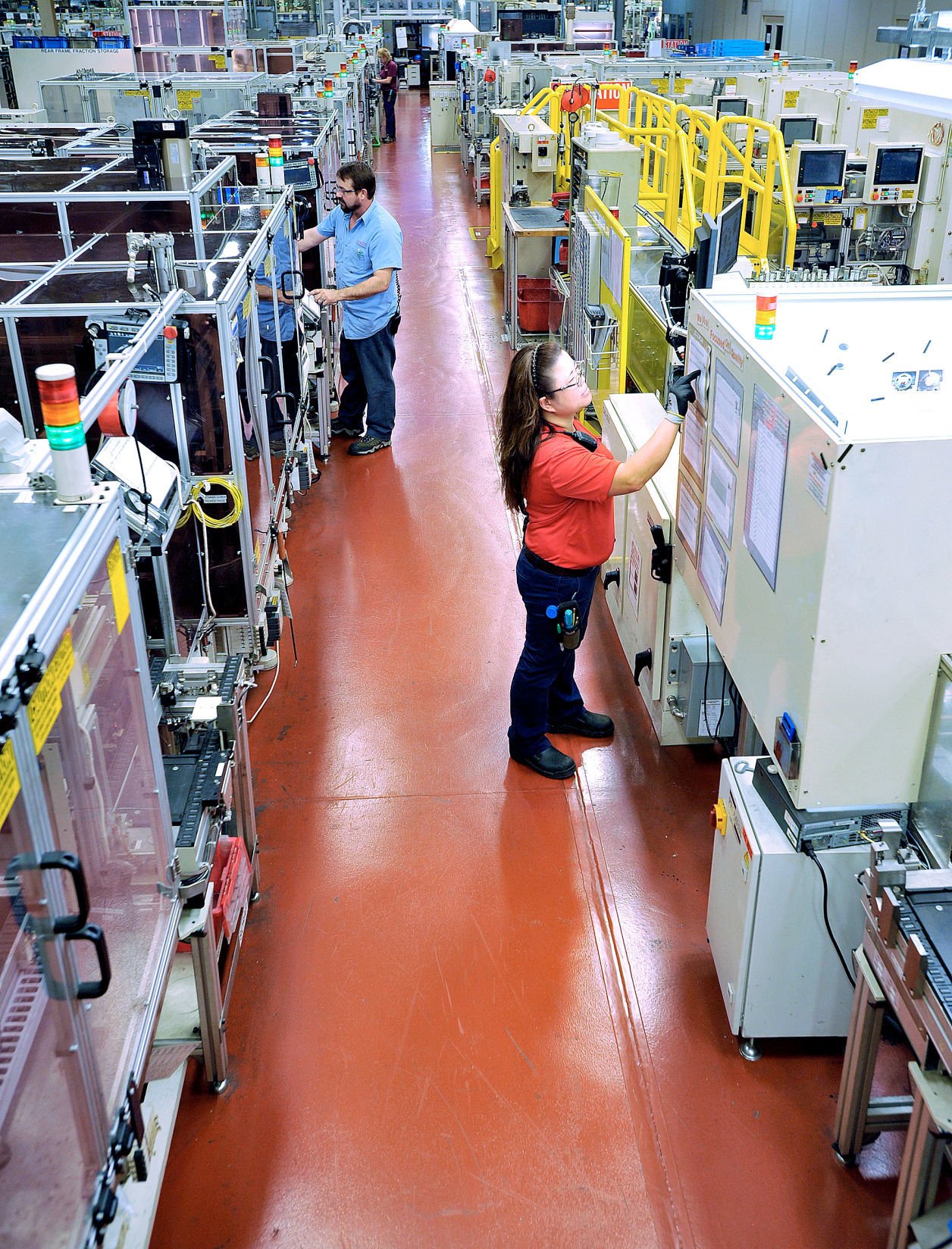 DENSO Manufacturing Associates work at the Starter/Alternator Division plant in Maryville in this 2012 file photo. 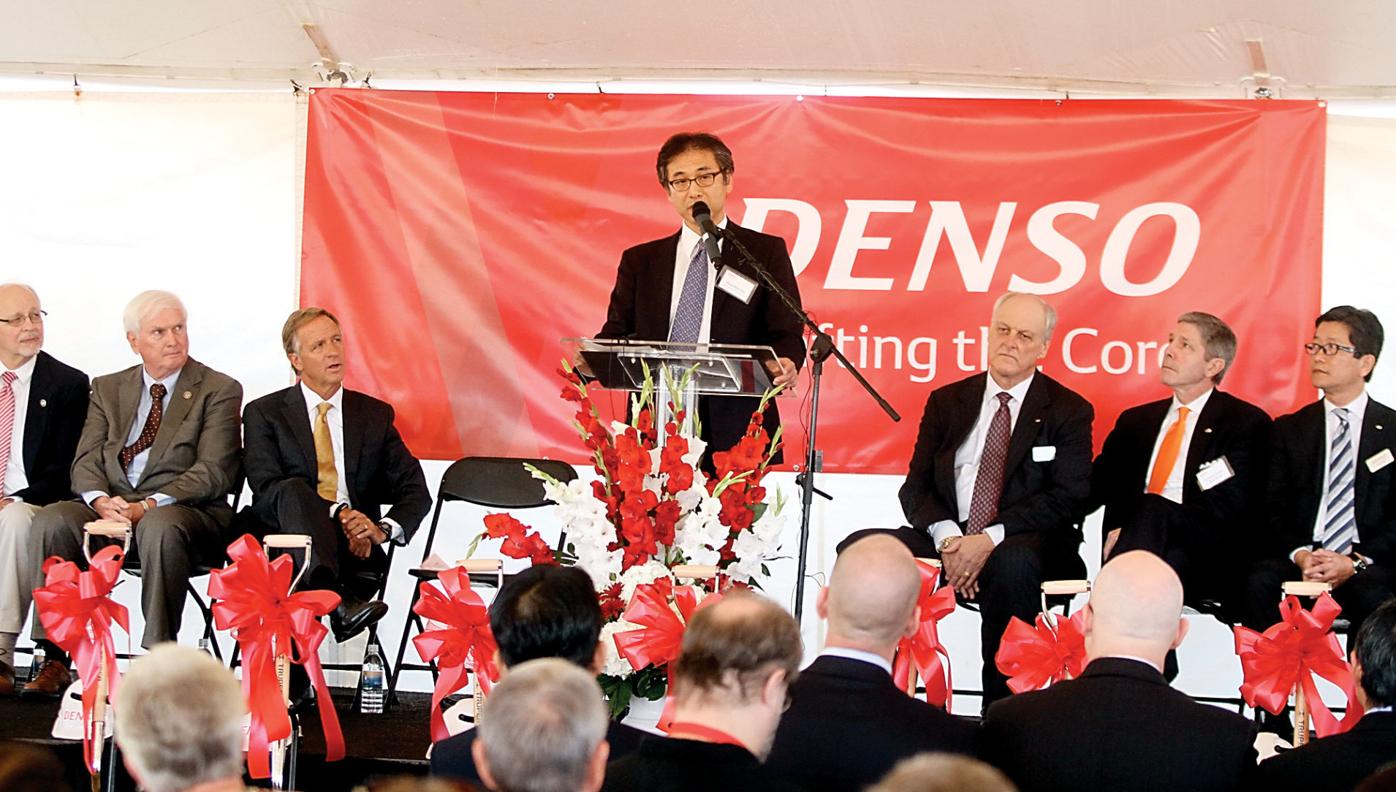 Kenichiro Ito, chairman of DENSO’s North America Board of Directors and CEO of DENSO International America, announces Oct. 6 the company’s $1 billion investment in a project that will create 1,000 jobs over the next four years at DENSO Manufacturing Tennessee. 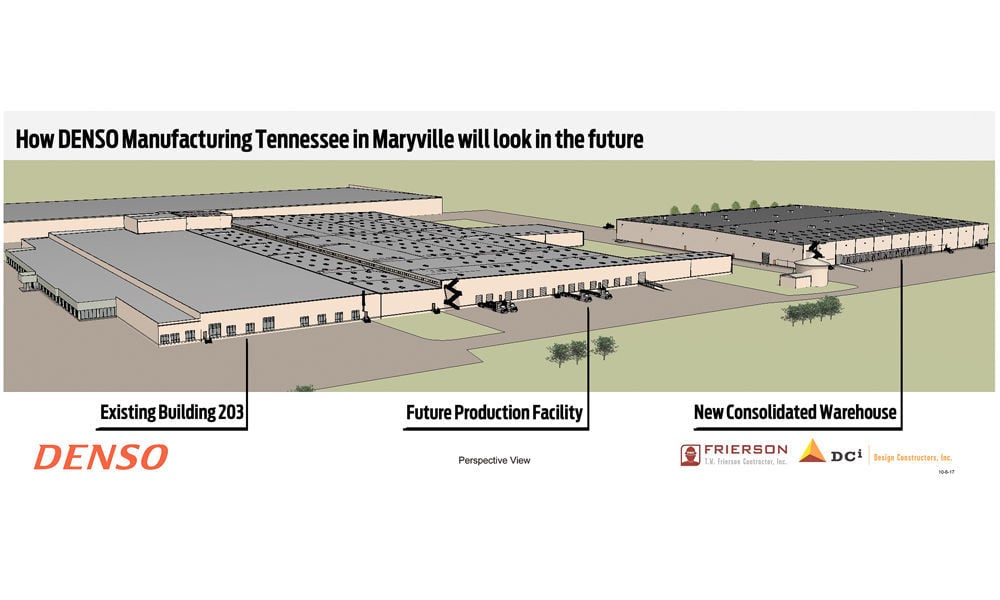 The new DENSO facility (center) will be integrated into existing plants as well as the new consolidated warehouse (right) that was up and running last October.

DENSO Manufacturing Associates work at the Starter/Alternator Division plant in Maryville in this 2012 file photo.

Kenichiro Ito, chairman of DENSO’s North America Board of Directors and CEO of DENSO International America, announces Oct. 6 the company’s $1 billion investment in a project that will create 1,000 jobs over the next four years at DENSO Manufacturing Tennessee.

The new DENSO facility (center) will be integrated into existing plants as well as the new consolidated warehouse (right) that was up and running last October.

“It is a very worrying factor,” Yasushi Matsui, an executive director for DENSO, The Japan Times reported. “We hope that fair trade rules will be maintained.”

The Trump administration is considering additional tariffs of as much as 25 percent on automobile imports, The Washington Post reported last week. Currently, that rate is 2.5 percent.

If enacted, the tariffs would become the latest punch in a flurry of efforts under the Trump administration to bolster U.S. manufacturing.

For Blount county, tariffs could produce the opposite result. The Japanese company is the largest private employer in Blount County and the Knoxville metropolitan area. Its local division, DENSO Manufacturing Tennessee Inc., based in Maryville, currently employs more than 4,300 full-time DENSO workers, as well as more than 800 temporary employees and contractors.

DENSO has invested $2 billion in Maryville to date.

Requests for comment from local company leadership were directed to Bridgette Larose, the company’s spokeswoman for North America.

“Recent actions on trade and tariffs by the Trump administration will have a significant impact on our business and customers, as well as other auto suppliers and automakers,” Larose said in a statement emailed to The Daily Times on Wednesday.

Last October, DENSO announced it would invest an additional $1 billion in its Maryville facilities, adding a 360,000-square-foot plant to the already existing four facilities.

The decision later was named one of the best business deals of 2017 by Site Selection Magazine.

Tennessee Gov. Bill Haslam said at the announcement, held on the site of the upcoming plant, that DENSO had made “the most capital investment of any company in the history of Blount County.”

The new plant is scheduled to be completed in January.

Once opened, it will make the Maryville facilities the largest DENSO site outside of Japan.

In addition to paying the most in property taxes for Blount County, Muir said the company has taken a “leadership role” in the community through the events and projects it sponsors.

Production for DENSO in Maryville began in 1990 as a $200 million investment that created 550 jobs and has expanded several times.

DENSO already has absorbed extra costs from new tariffs on metals and Chinese goods under the Trump administration, although they are much lower.

At the Tuesday news conference in Japan, Matsui said U.S. import tariff hikes on steel and aluminum implemented earlier this year are expected to raise annual costs by some $18 million (2 billion yen).

Tariffs targeting Chinese high-tech components and other goods, stemming from that country’s alleged violation of intellectual property rights, could add costs of $18,000-$27,000. (2 million or 3 million yen,).

The title of this article uses the term "would" which represents intent or certainty. The proper phrase should have used the term "could" in it place which expresses a possibility. It was used properly in paragraph 5 when the article discussed how the tariffs "could" have a negative effect in Blount County. I also believe it is proper to address our elected leader as President Trump. The title is a generic misrepresentation. As one of the thousands of workers at Denso, I am never happy when our employer is involved in the media having political strings being attached. It would be nice if the Daily Times and the would just stay out of our business and not use your platform right before midterm elections. The timing if this is far to obvious.