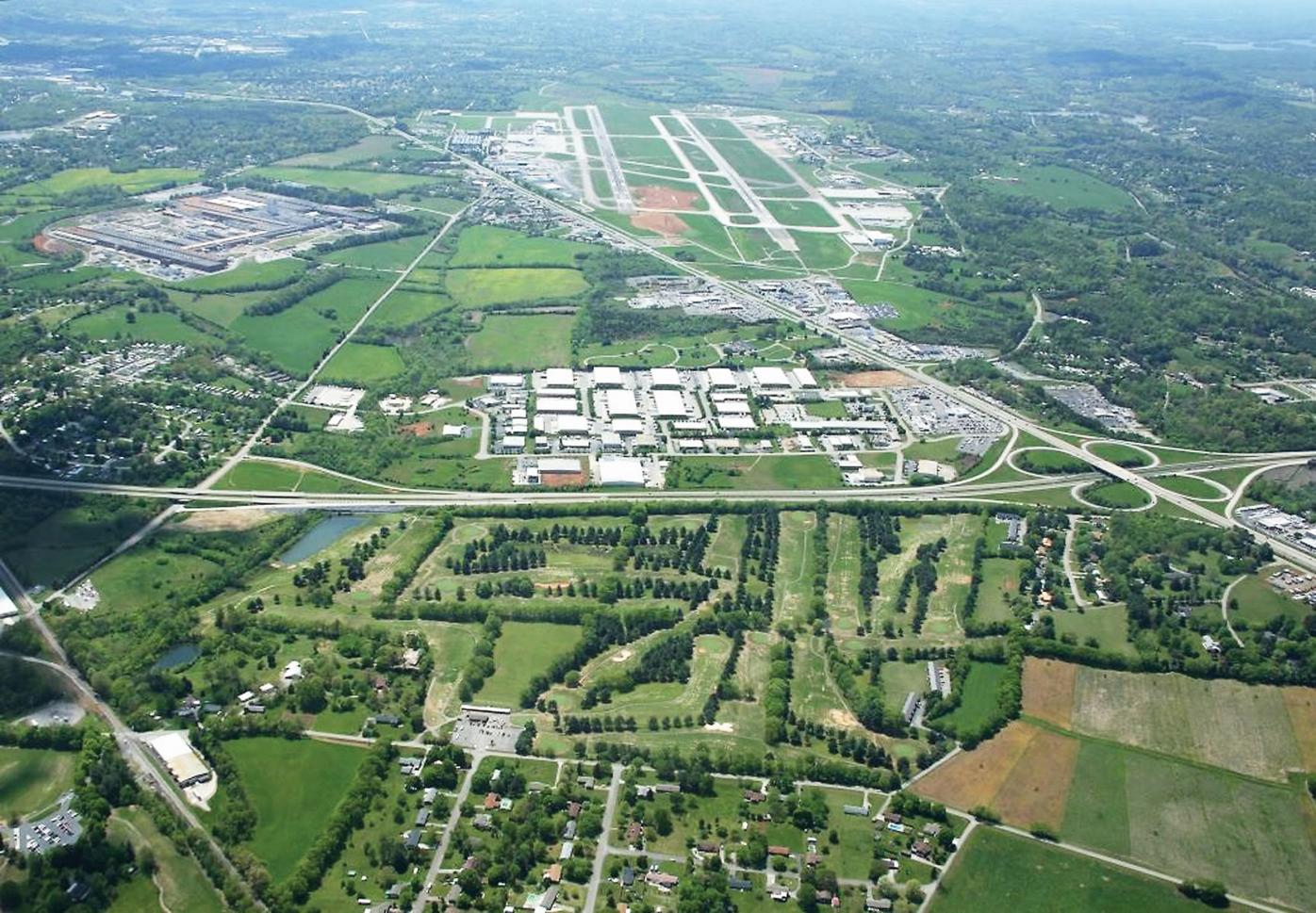 The Former Pine Lakes Golf Course is in the lower center of this aerial photograph taken in April 2015. The area is being considered for a large warehouse project lead by developer Hillwood Investment Properties. 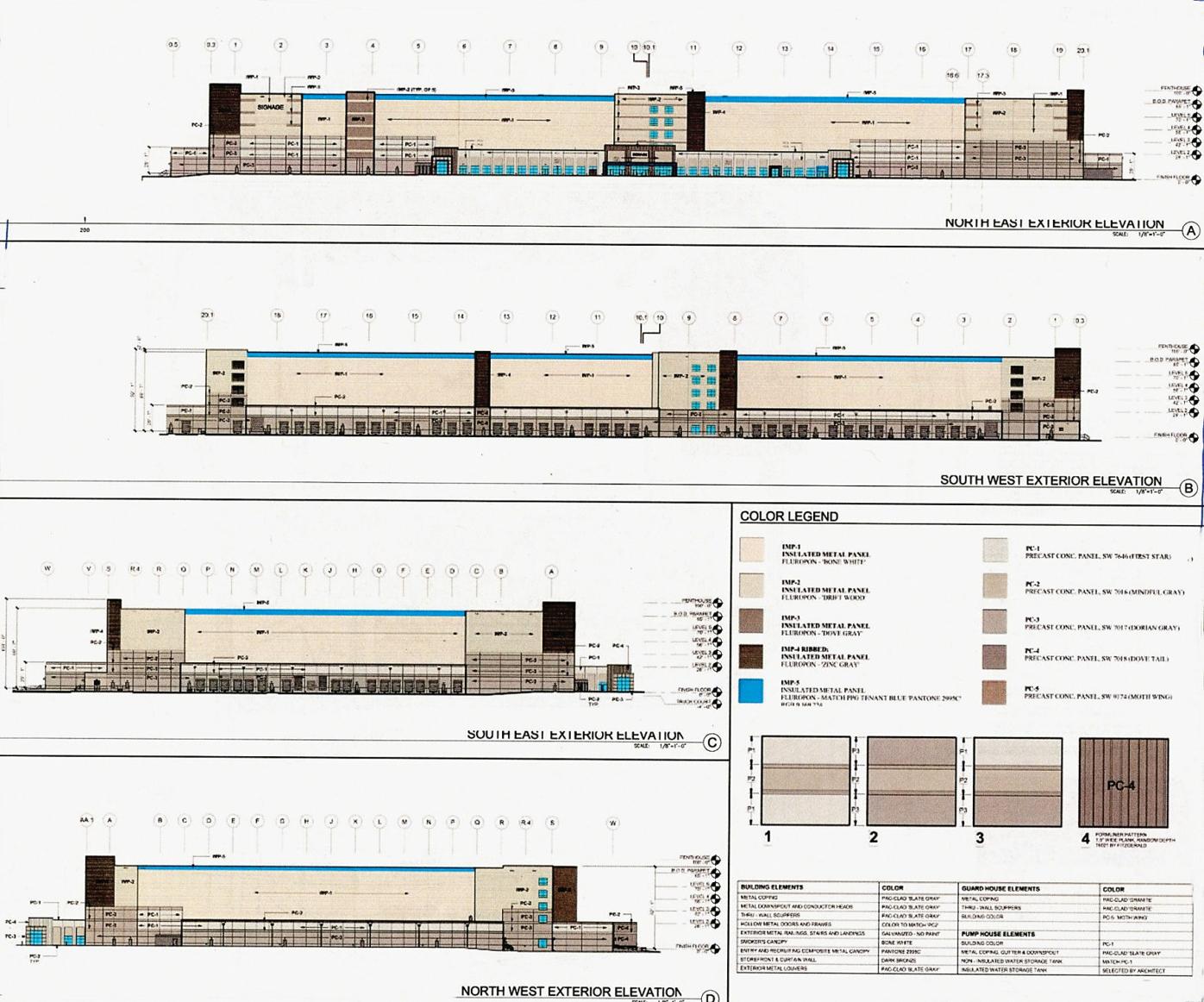 Designs for a warehouse proposed at the intersection of Pellissippi Parkway and Alcoa Highway show a building with about 50 loading docks and a blue border on the top edge.

The Former Pine Lakes Golf Course is in the lower center of this aerial photograph taken in April 2015. The area is being considered for a large warehouse project lead by developer Hillwood Investment Properties.

Designs for a warehouse proposed at the intersection of Pellissippi Parkway and Alcoa Highway show a building with about 50 loading docks and a blue border on the top edge.

A warehouse/distribution center proposed near the intersection of Alcoa Highway and Pellissippi Parkway is headed for approval in Alcoa Planning Commission days after a request for state road funding related to the project was approved in Alcoa City Commission.

Thursday, commissioners are set to give the project a thumbs up after planning staff gave its own vote of confidence on submitted engineering designs.

Images accompanying those notes show a building with about 50 loading docks and a blue metal panel border at the top edge.

Additionally, documents call the facility a “development prospect of the Joint Industrial Development Board of Maryville, Alcoa and Blount County,” but local leaders won’t say yet what business wants to move in there.

However, many aspects of the project including architectural features and the various development entities involved are similar to Amazon fulfillment center projects across the U.S.

Hillwood has developed some of them and the proposed Alcoa location — which would be built on the former Pine Lakes Golf Course — has already been partially designed by commercial real estate architects Ware Malcomb, an Atlanta-based company that has worked on Amazon projects for years.

The Daily Times contacted Amazon representatives, but has not yet received comment regarding whether or not the company is associated with the proposed warehouse.

Leaders say there is no commitment from Hillwood yet, but an announcement as to whether it will choose Blount to build is forthcoming.

Regardless, commissioners today, Oct. 15, are set to approve the first site plans the city has seen on the project.

City Planner Jeremy Pearson explained in an email that sometimes groups involved in development begin submitting plans before a project is locked in, but they also seek municipal blessing before making a final decision.

“During a developer prospect’s due diligence period, it is not uncommon for an applicant to present drawings for a project (large or small) for consideration of an approval,” Pearson emailed. “The overall cost/benefit is being weighed during this time and prospects need assurances that a project will be approved.”

During a Wednesday briefing, Planning Commissioner John Rochelle asked Pearson if an engineering business which submitted the request for site plan approval, Cannon & Cannon, had worked with Alcoa before.

“There seems like there’s an awful lot of things that needed to be included that they didn’t include,” Rochelle said, noting 14 revisions planners will request if approval goes through.

“We and engineering have been working with them and working with the state to coordinate road improvements,” he explained. “There are a lot of moving parts to this project.”

He added if the warehouse did move forward, it could be before Phase III of Tennessee Department of Transportation’s Alcoa Highway relocation project. That’s part of why Alcoa City Commission approved a request Thursday to TDOT, asking for funding and management help to give the warehouse smooth highway access.

“It’s obviously a significant project for the city and we’re excited to be looking at it,” Pearson said during the briefing.

“This project has been changing in size, up and down, all the way to this point,” City Manager Mark Johnson said, building on Pearson’s comments. He noted the business that may move into the facility could employ up to 1,000 employees, but would likely start at 750.

“It’s not a done deal,” he added. “We’ve gotten this far with other projects in the past and all the sudden they decide, nope, they’re going someplace else.”

A distribution hub proposed for Alcoa would be occupied by e-commerce giant Amazon, according to a legal contract signed in November by a comp…