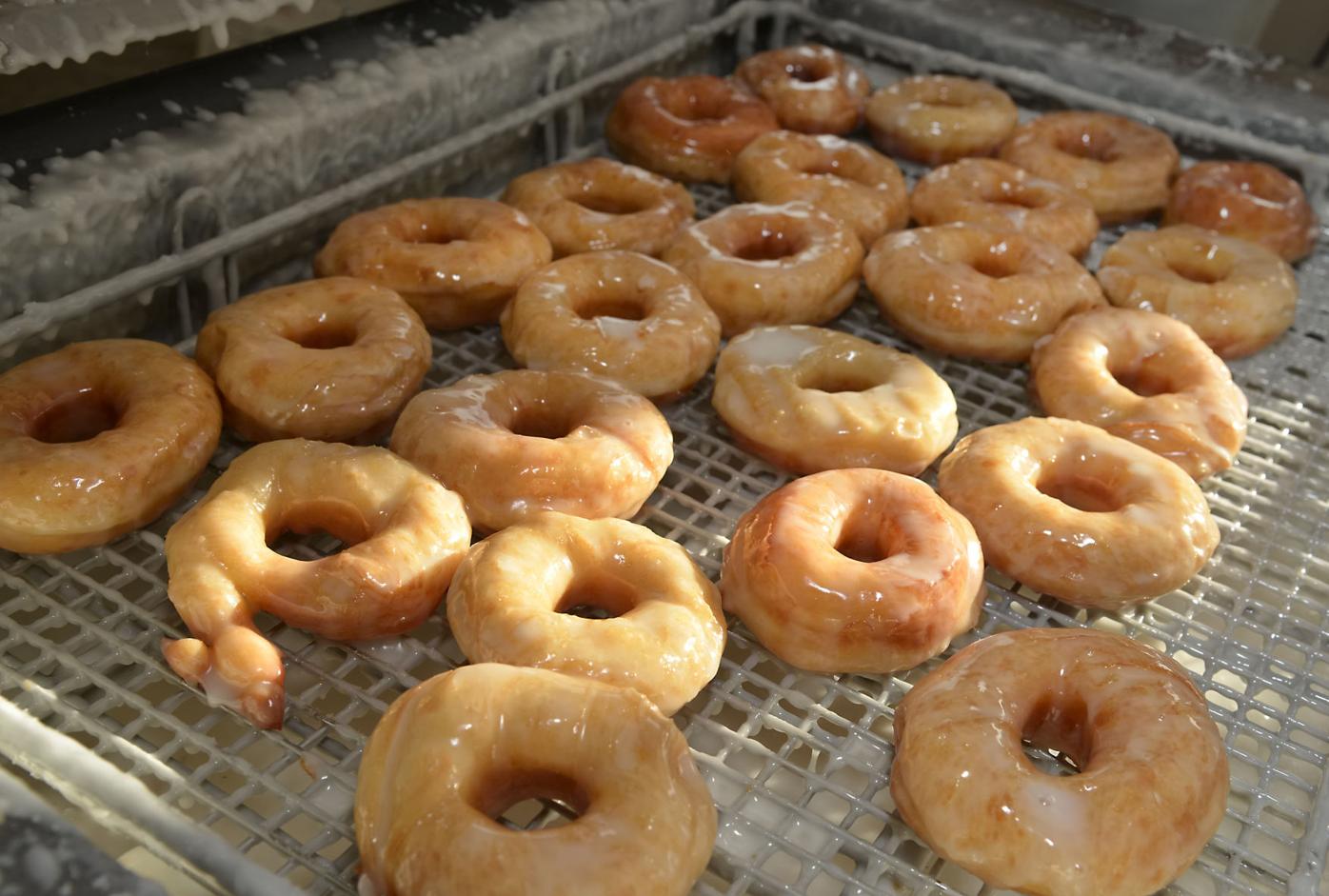 Excess glaze drips from donuts just before they are put on a tray and taken to the Richy Kreme shop, where customers eagerly wait. 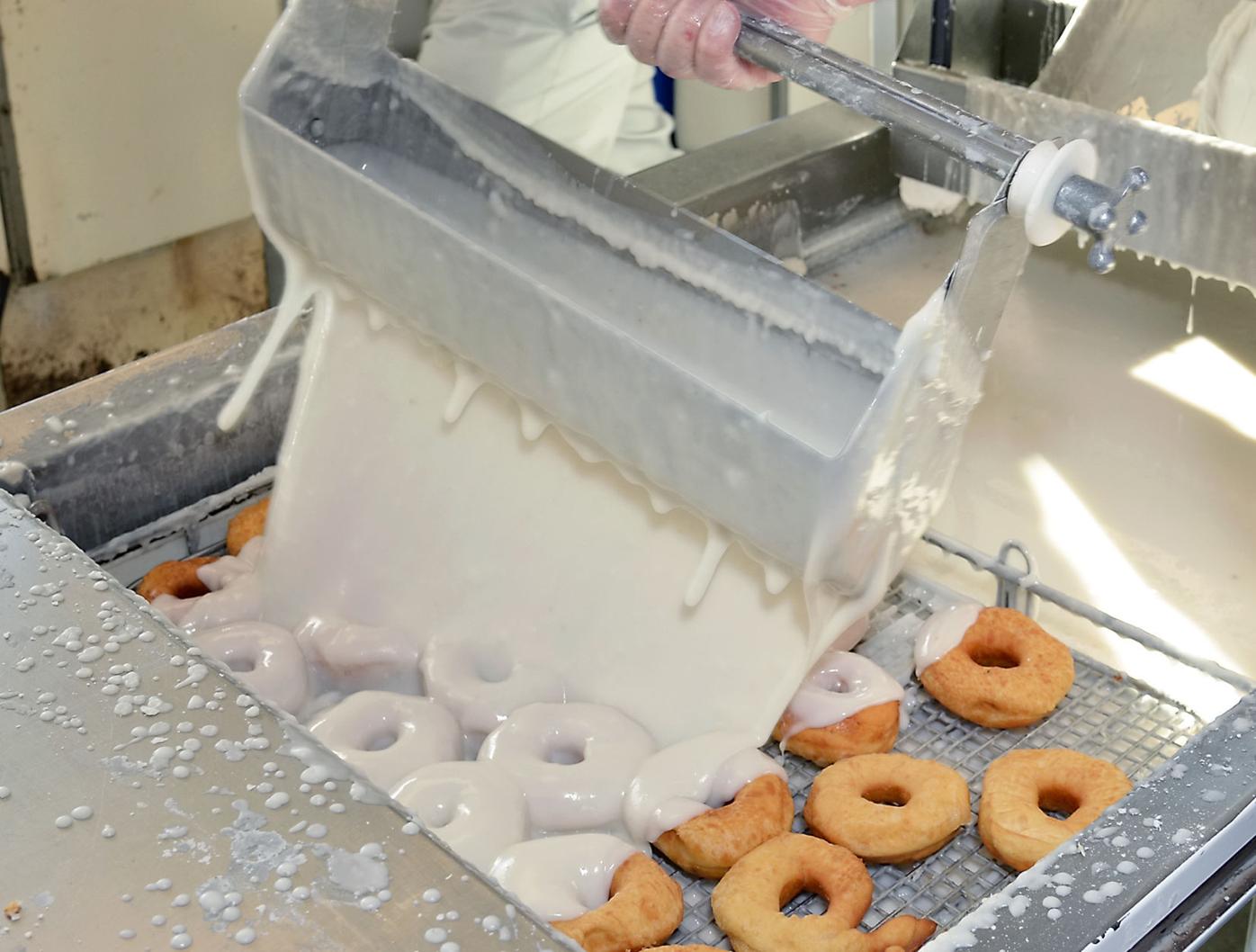 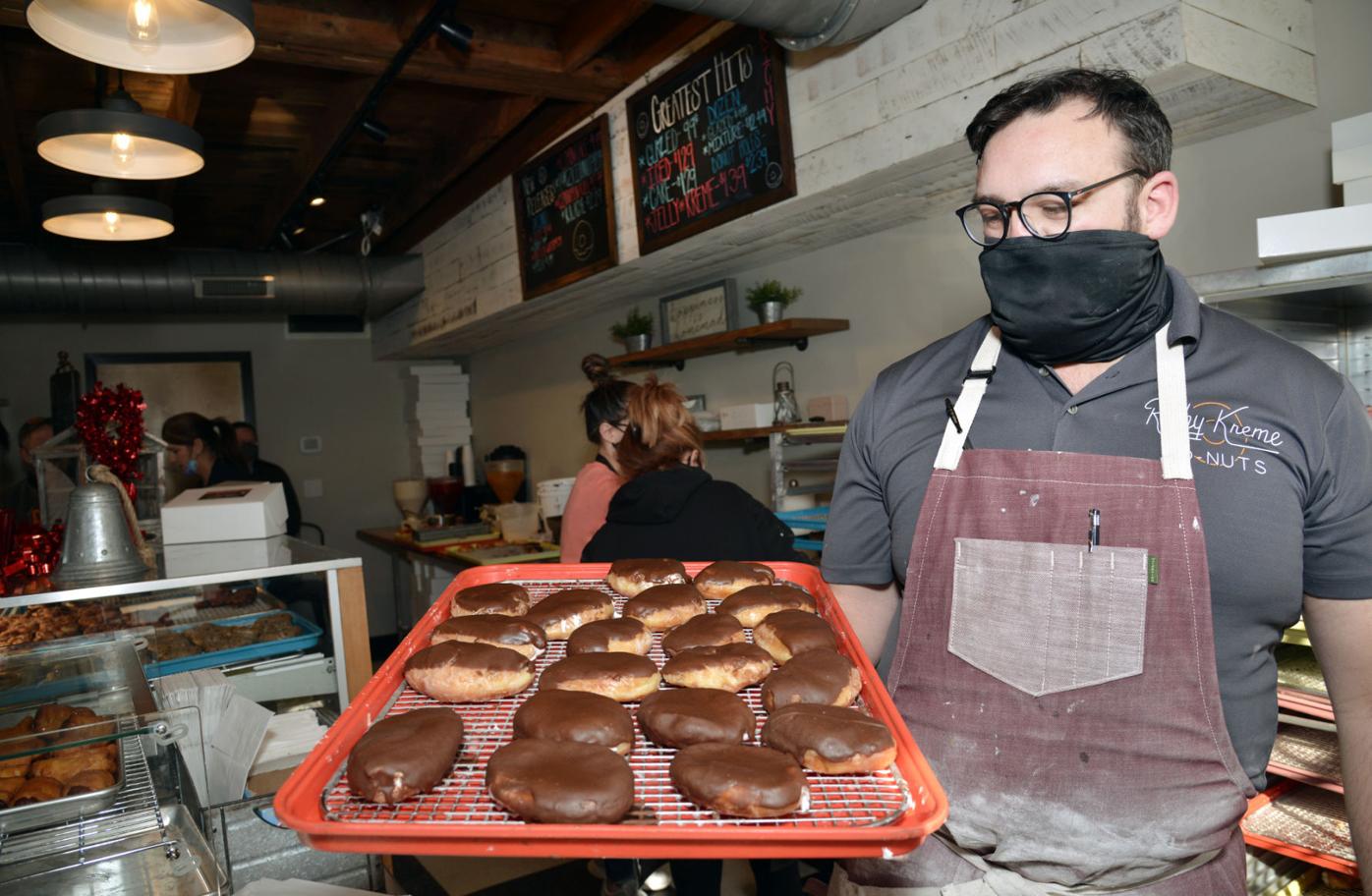 Excess glaze drips from donuts just before they are put on a tray and taken to the Richy Kreme shop, where customers eagerly wait.

When Dustin Cochran envisions the future of his businesses, he knows exactly what he wants and what he doesn’t.

“I have no desire to be the McDonald’s of the cookie or donut world. That’s not appealing to me at all,” Cochran said. “What I do like is building a brand and a company where I can employ people, create a good place to work, create opportunities, give back to the communities.”

But part of building any brand is expansion, and that’s been no problem so far for Cochran’s businesses, Blount County staple Richy Kreme Donuts and newly founded cookie company Myrtle’s Bakehouse.

Cochran bought Richy Kreme, which first opened in Maryville in 1948, late last year and has quickly breathed new life into the local donut dynasty by mixing use of the shop’s original recipes with social media branding and community partnerships.

He uses his Myrtle’s Bakehouse brand, named after his grandmother, to sell cookies “as big as your face,” nearly half-a-pound, he said.

Two Townsend businesses are selling Cochran’s products, he said, and he’s also partnered with different Knoxville spots, including Hey Bear Cafe and a new coffee shop. But his excitement was palpable when he spoke of the Knoxville Farmers Market in Market Square, where he now is a permanent vendor selling both donuts and cookies.

Cochran’s brands even were featured recently on an episode of “Sit a Spell,” a podcast produced by the University of Tennessee Institute of Agriculture. Podcast hosts interviewed Cochran and lauded his products.

“It was fabulous,” host Meagen Brown said of a Myrtle’s Bakehouse cookie, while saying a Richy Kreme donut “melts in your mouth.”

And Cochran’s been amazed at the Blount County community’s positive reaction since he took over Richy Kreme.

“We honestly thought it would take a couple of years to get Richy Kreme back to (people thinking) it’s a high-quality, trusted brand,” Cochran said.

Cochran’s future plans include a Richy Kreme expansion in Pigeon Forge, which would feature a 27-foot airstream trailer turned donut haven. At the trailer, which has been parked behind the Maryville store, patrons will be able to customize their own donut holes with different toppings and more, Cochran said.

Cochran was mum on exactly where the Pigeon Forge expansion will be located, but said it’s “a really awesome location,” with lots of foot traffic, similar to The Island, a huge Pigeon Forge attraction that features shops and a Ferris wheel.

Myrtle’s Bakehouse cookies also soon will be sold at Kern’s Bakery in Knoxville, a remodeled version of the former company warehouse that will feature local vendors, apartment homes, a hotel and entertainment areas, according to its website. It will open in 2022.

Customers will be able to enjoy “an eclectic mix of local, independent, regional and recognized brands in dining and specialty retail,” at the Food Hall at Kern’s, the website states.

Cochran said that since another donut vendor has a spot at Kern’s, and it isn’t allowing overlapping businesses in the space, he will only sell cookies there. If the other donut vendor drops out, though, Richy Kreme donuts are next in line there.

Another change coming soon for Richy Kreme: the “k” in “kreme” will change to a “c” as the business expands, Cochran said. He cited legal matters as the reason; the Maryville shop will still use the traditional “k.”

Cochran said he is just as invested in the community surrounding his businesses as he is about the brands themselves. He said if he could refocus his energy, he would pour it into the local area, as he already has through partnerships with local schools; Cochran’s even looked into buying at least one nearby building for another venture.

“We’ve been so fortunate that people love our products,” Cochran said. “And we stay true to the quality. We don’t sacrifice that, no matter if our prices go up on our end, ingredients or whatever. We’re making that recipe just like it’s supposed to be made.

“I don’t know if I ever want it to graduate from a local, homegrown, family business,” he added. “I’d rather make the best donut you can get and have a few (stores) around here, and be known for that.”