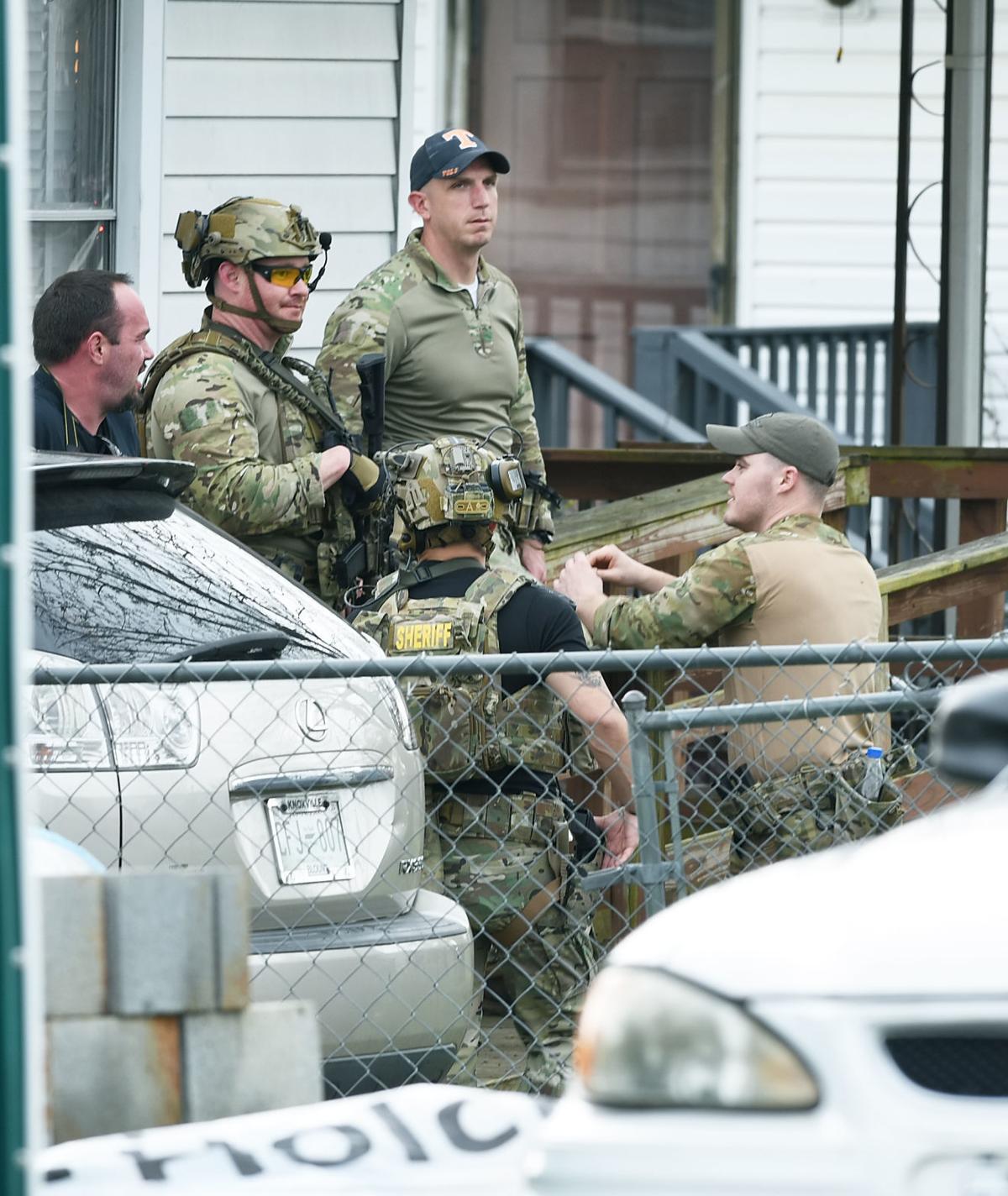 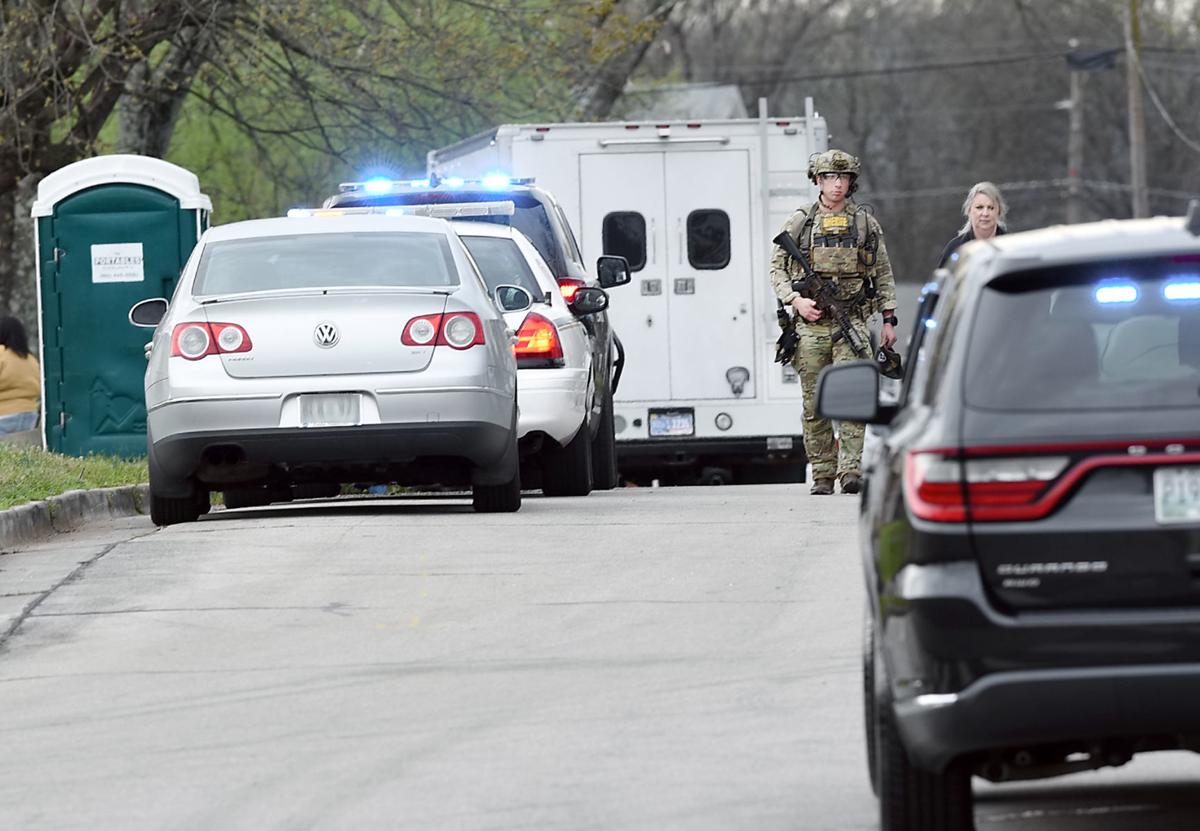 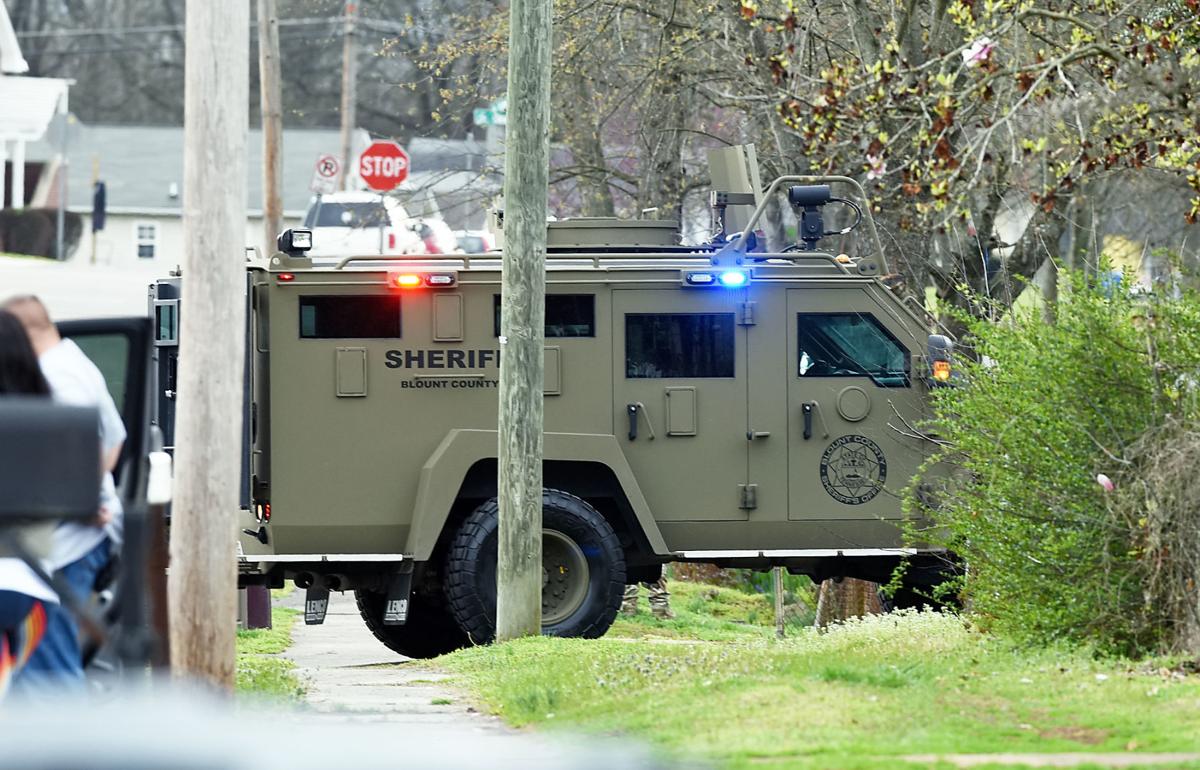 Neighbors watched law enforcement officers search one of the houses while the street was lined with patrol vehicles with their emergency lights flashing.