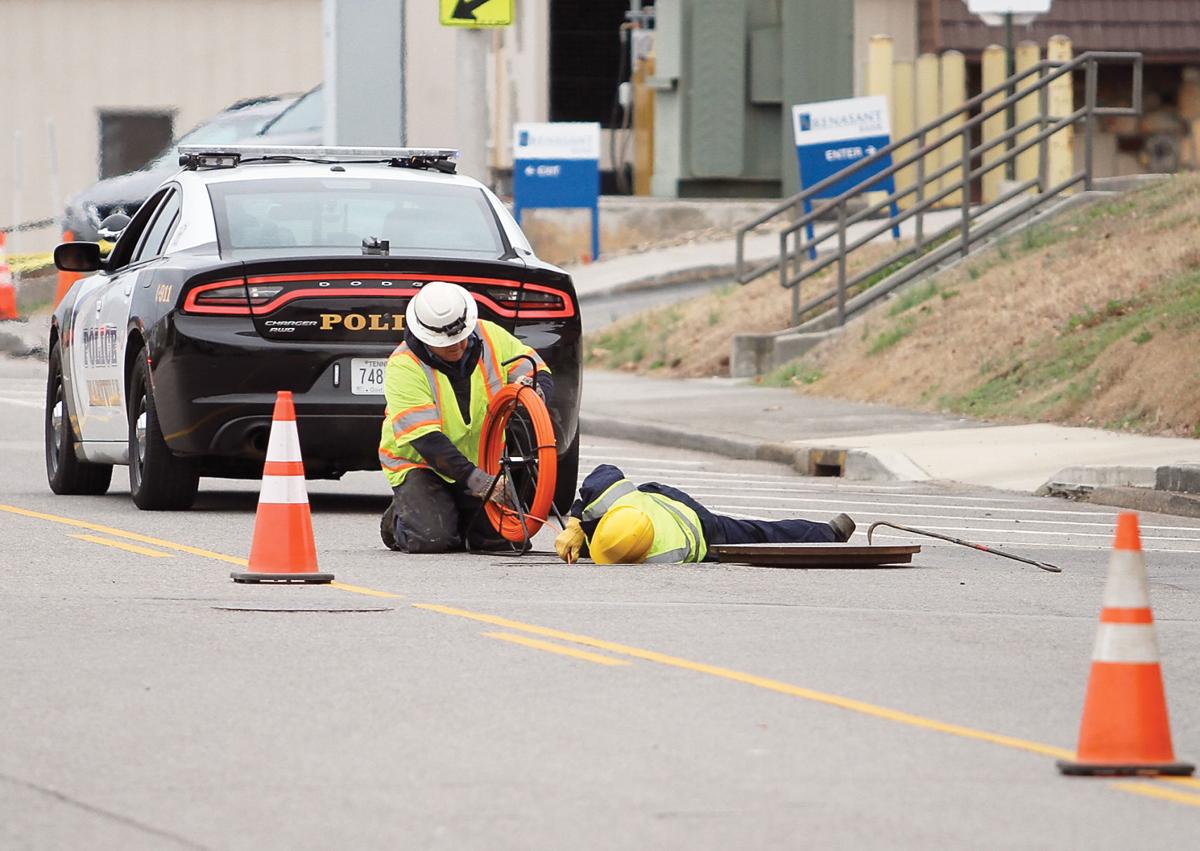 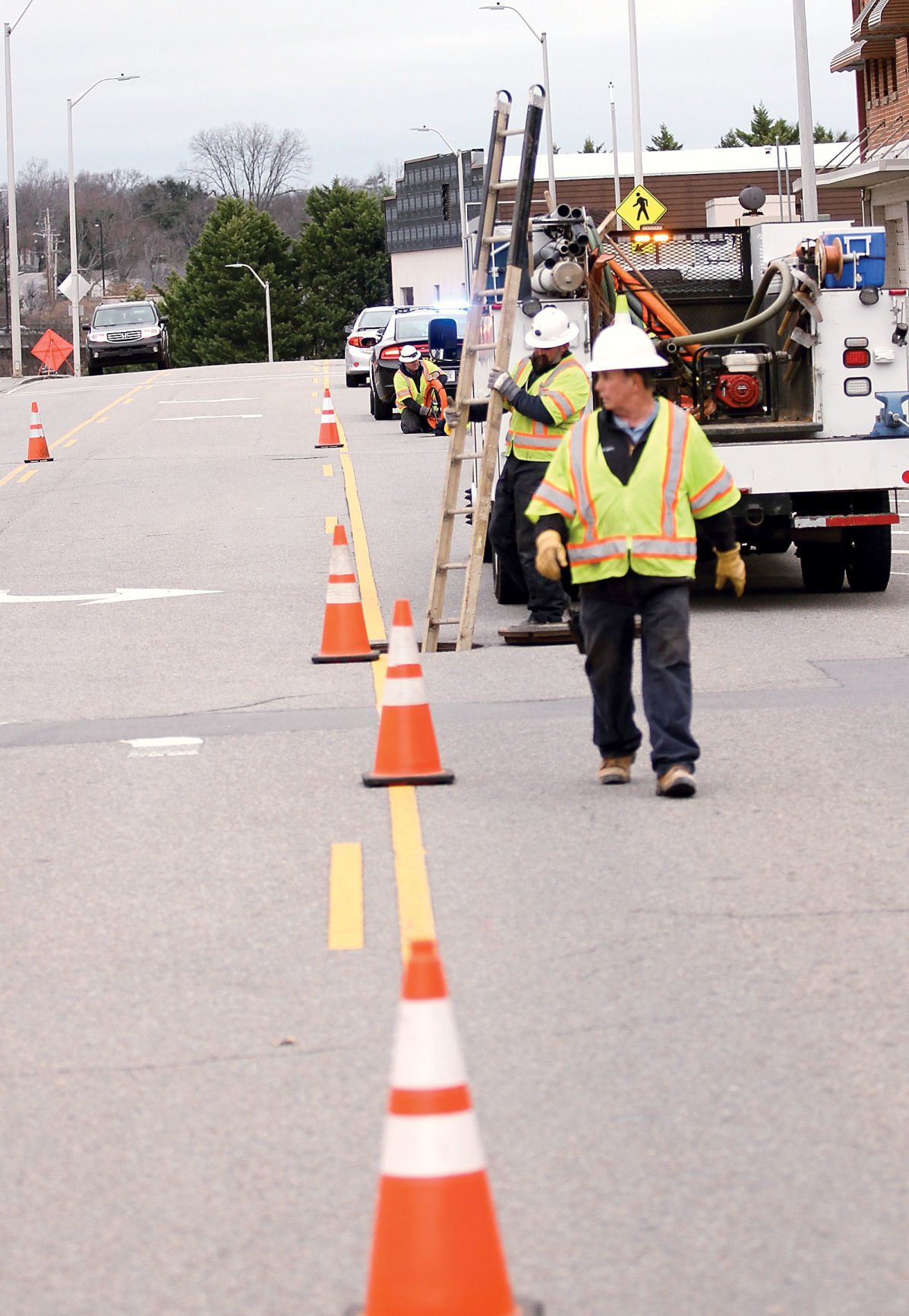 It needed to be affordable and fast — as in speedy, and as of yesterday.

It also needed to be installed. That was made possible Tuesday as Avèro Infrastructure laid 72-strand fiber-optic cable under Harper Avenue from about Cusick to Patton streets.

William Huddleston, of Avèro, supervised the effort as company employees laddered in and out of manholes, protected by orange traffic cones, and Maryville police cruiser lights flashed to redirect traffic.

The circle that restricted affordable internet in the central section of downtown Maryville is unbroken. The Capitol Theatre already is hooked up to the new line, Huddleston said, adding he has been doing fiber-optic laying for the cities of Maryville and Alcoa and for Blount County for 20 years.

“I’ve worked with different outfits, but I’ve been the one that’s primarily either constructed or laid hands on every bit of the fiber for Alcoa, the city of Maryville and Blount County,” said Huddleston, a fiber specialist with Avèro Advisors LLC.

“What this does is complete a whole loop all the way around the back from Harper, all the way up and down and up and around all the way to Church (Avenue) all the way back to right here. This completes a whole ring.”

It’s a ring that started with the arrival of Ruby Tuesday Inc., back when it moved its headquarters to Church Avenue into a new building two decades ago. As the company grew and added existing buildings to its facilities, it linked them with underground fiber. That’s when the length along Church Avenue was laid.

“They had their main internet service coming into their corporate headquarters, where Altar’d State is now. Then they had all of their other facilities connected with the fiber that they installed but dedicated to us, along with a lease agreement where we would take care of it. At the end of the day, it belonged to us,” Swafford said.

As Ruby Tuesday’s fiber needs decreased, other businesses found theirs growing. The problem was that extending fiber optics from Broadway Avenue would require tearing up streets and sidewalks. The preferred strategy was to extend new fiber through conduits in existing electric lines running from streets parallel to Broadway — meaning Church and Harper, where the work was done Tuesday.

“Anything to the interior from downtown means you have to cut Harper or Church to get there. That’s why they partnered with us because I already had a conduit system under Church and Harper. We didn’t have to cut the road,” Swafford said.

That partner is Allevia Technology. A month ago the Maryville Downtown Association announced with Allevia that the Maryville company soon would begin offering high-speed internet services to city- center businesses.

The expensive fiber previously offered only by Charter Communications, now branded as Spectrum, was no longer the only game in town. That service was geared toward heavy users that needed wide bandwidth and was not cost effective for small businesses.

Jane Groff, Maryville community relations manager, said about 30 potential customers have been identified for the new fiber-optic internet connection. They are mostly businesses, but apartments, too.

Those prices are outrageous for fiber optic. I was paying $60/mnth for 125Mbps on a residential fiber optic line at The Ridge at Hamilton Crossing. Also, you can get Spectrum through Charter in the residential neighborhoods for $59 which has speeds up to 100Mbps... why are they charging so much for businesses for fiber optic that is no faster than cable that was already there?