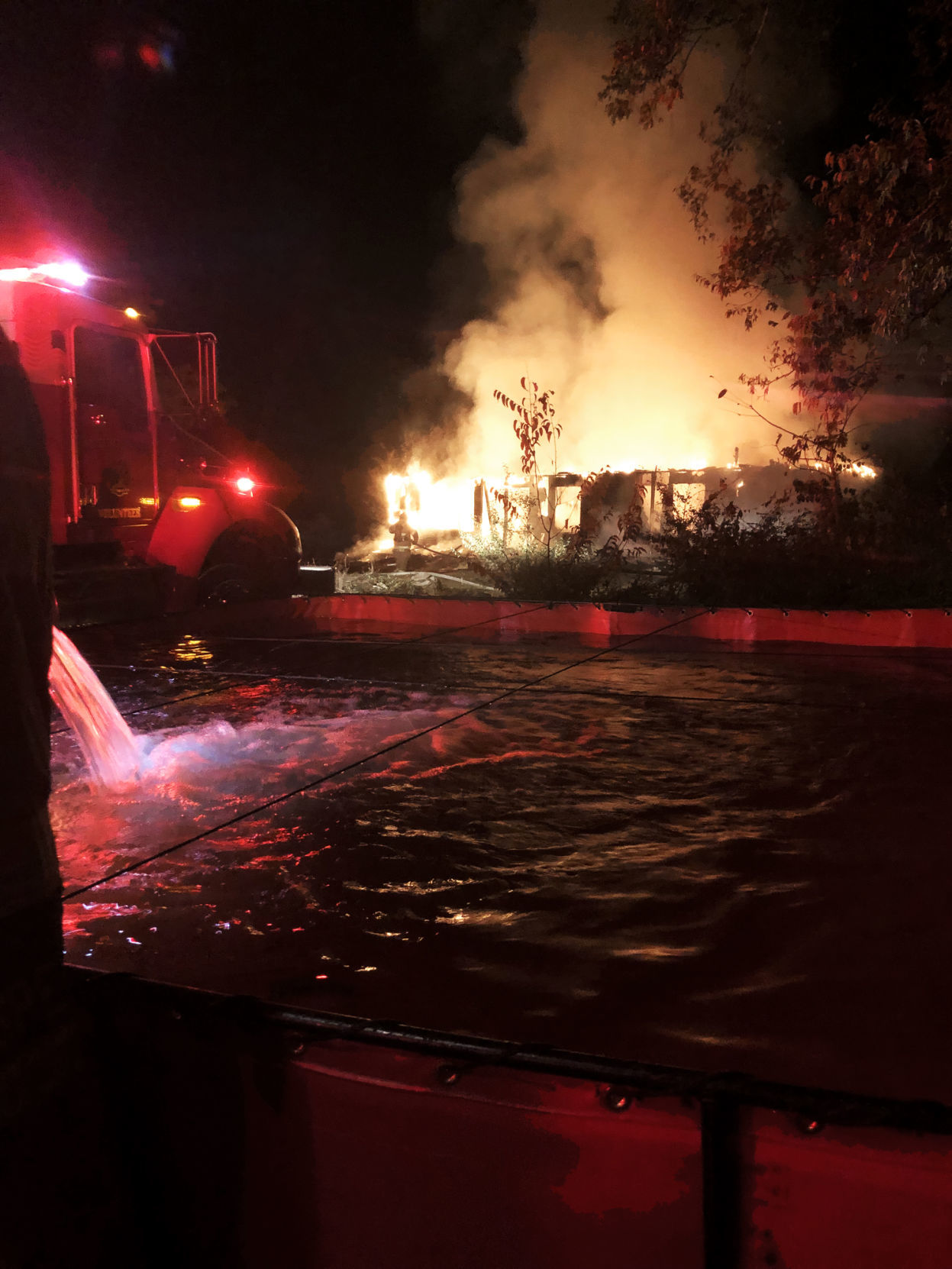 Crews had to bring in a dump tank to store water while battling a house fire on Miser Station Road in Friendsville on Wednesday night. 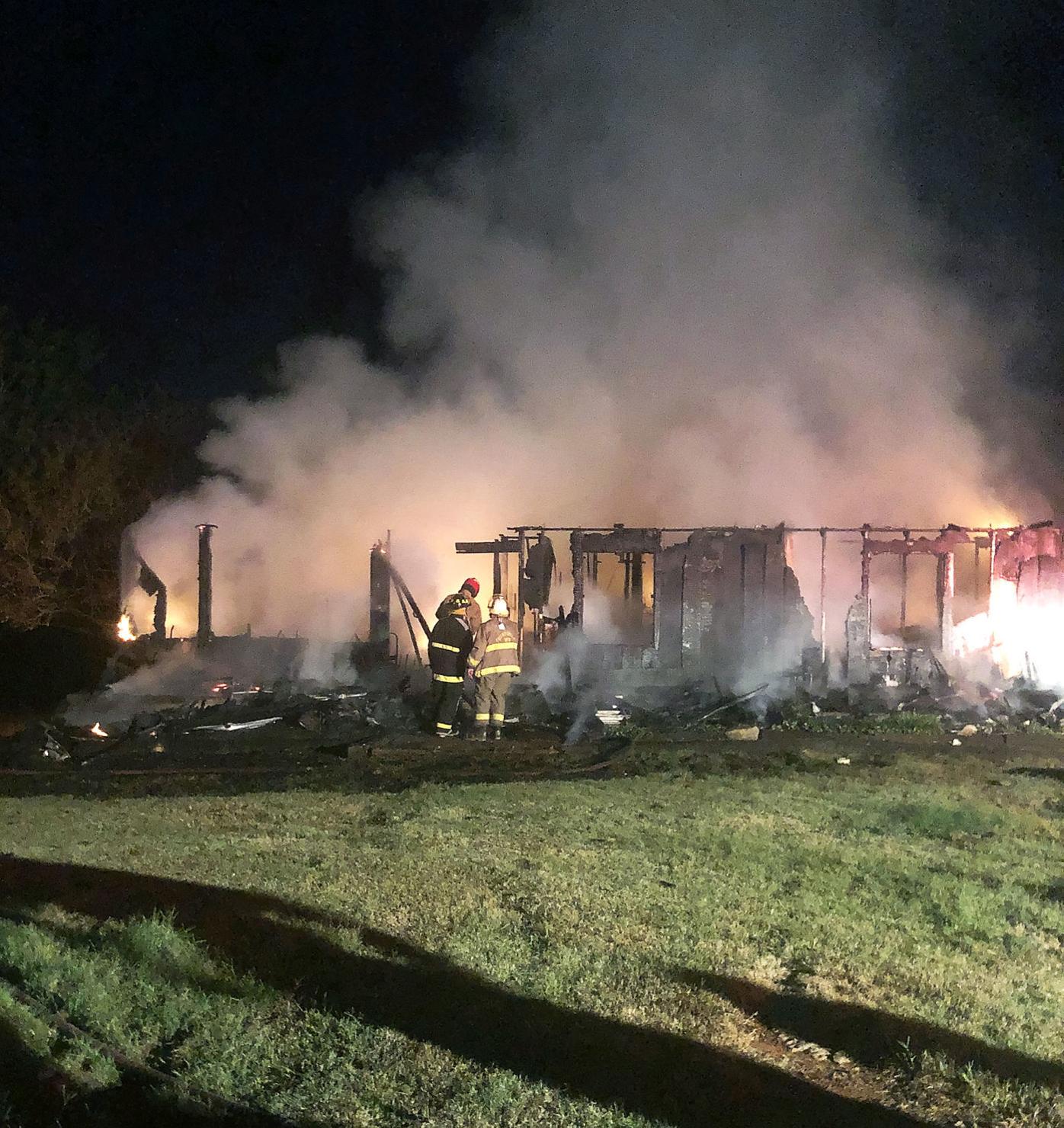 Firefighters look upon the remnants of what is left after a fire destroyed a home on Miser Station Road in Friendsville late Wednesday.

Crews had to bring in a dump tank to store water while battling a house fire on Miser Station Road in Friendsville on Wednesday night.

Firefighters look upon the remnants of what is left after a fire destroyed a home on Miser Station Road in Friendsville late Wednesday.

Friendsville Volunteer Fire Department received a call of a possible structure fire at 4806 Miser Station Road around 9:30 p.m. Oct. 9. They responded with six pieces of equipment and 12 firefighters. When crews arrived at the residence at 9:36 p.m., the roof already had caved in and flames were coming through the top.

Crews worked until they got the fire under control at 11:15 p.m. They remained at the fire until 2 a.m. Thursday until the blaze was completely extinguished.

“Many of the volunteers remained on scene until 2 a.m., then had to get up at 5 or 6 a.m. to go to their paying jobs to feed their families. Kudos, hands down to the volunteers. They did a great job,” said FVFD Assistant Chief and Public Information Officer, Steve Hargis.

There was also a dump tank set up to hold water while tanker trucks went to retrieve more, since no hydrants were nearby.

AMR had a medical crew at the scene to keep tabs on the firefighters’ vitals when they would exit the fire.

The owner of the home, Joyce Keen, and her grandson, Cory Keen, who lives with her, were not home at the time of the fire. They did have two dogs, a shepherd and a dachshund, in the home when the fire started. The animals are still unaccounted for.

The American Red Cross will be assisting the Keen family during this time.

The cause of the fire is still under investigation, but it appeared that the fire originated from the back of the house.

Amber joined The Daily Times in 2018 after graduating from Maryville College. An alum of Alcoa High School, she manages the paper's obits and many of the standing features while also writing features.