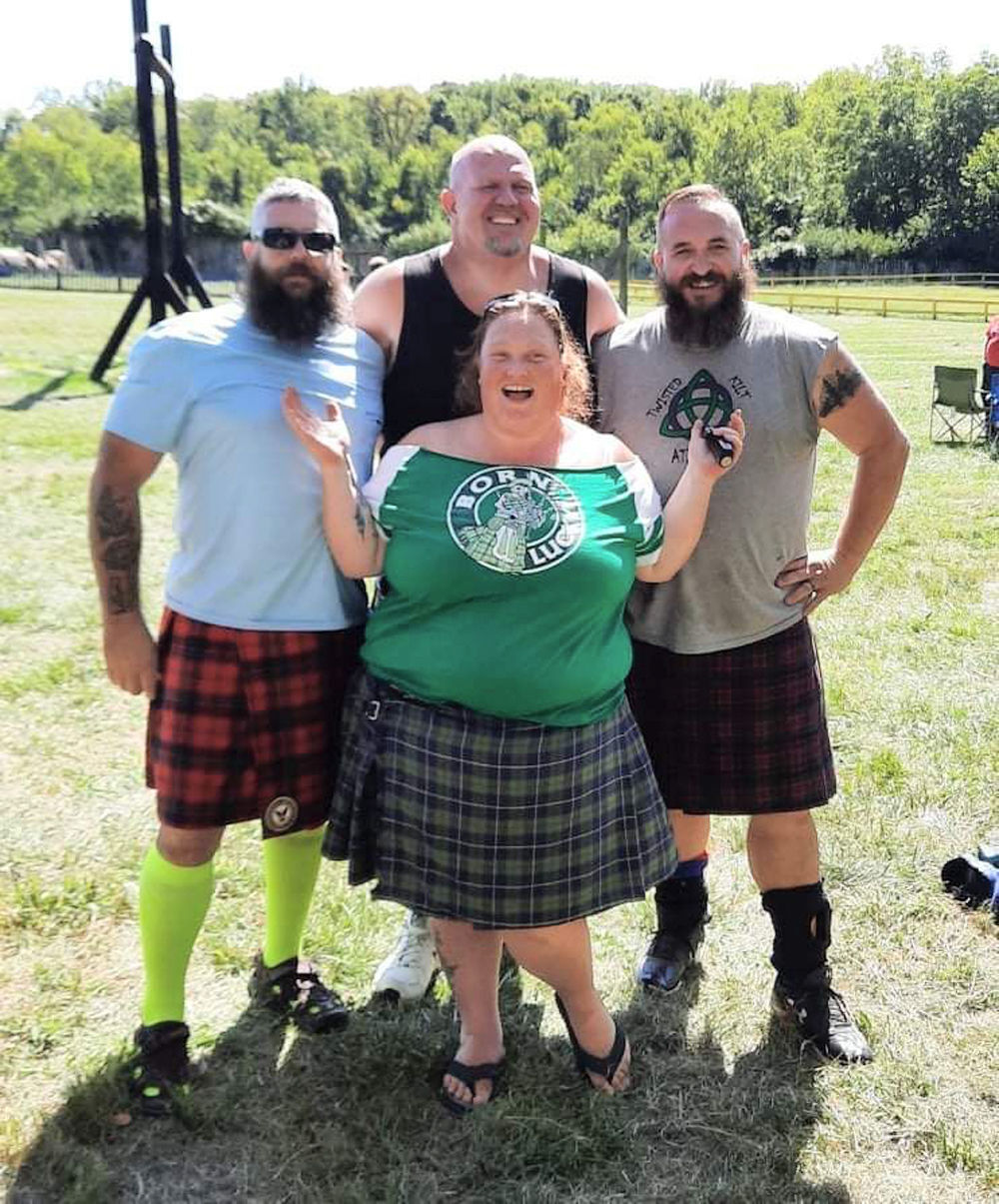 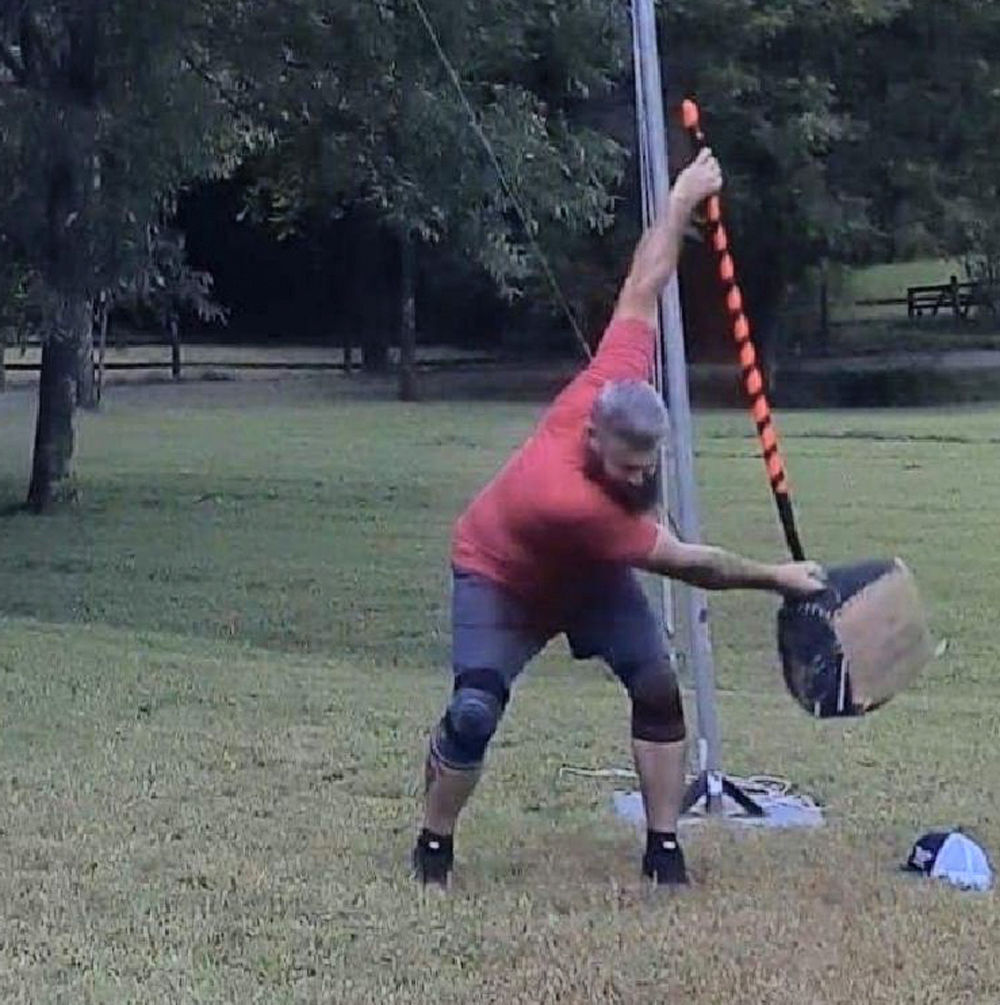 Michael Cotney, president of Twisted Kilt Athletics, attempts a sheaf throw during a Scottish game. He and other Scottish athletes will compete in Saturday’s Heritage Game, what organizers say is “A Highland Game with a Southern Twist,” at Eagleton Ball Park.

Michael Cotney, president of Twisted Kilt Athletics, attempts a sheaf throw during a Scottish game. He and other Scottish athletes will compete in Saturday’s Heritage Game, what organizers say is “A Highland Game with a Southern Twist,” at Eagleton Ball Park.

A new event takes the spotlight Saturday, Oct. 30, as Twisted Kilt Athletics presents The Heritage Game: A Highland Game with a Southern Twist, beginning at 9 a.m. at the Eagleton Ball Park in Maryville.

Admission is free, although donations for the Cades Cove Museum will be accepted.

Katie Grace, athletic director for Twisted Kilt Athletics, said, “This heritage festival is a Highland game with a bluegrass twist. It’s not going to be the usual Scottish festival as we see throughout the year because we’re going to have local vendors and bluegrass music, and it’s going to be based off of mountain heritage here in the area.

“The festival is to help raise money for some of the fixings and renovations at the Cades Cove Museum,” which is operated by the Cades Cove Preservation Association and located in the historic Thompson-Brown House in Maryville, Grace said. A new roof was installed in the summer, and new windows are scheduled to be installed in mid-November for the structure, which is believed to have been constructed in the first quarter of the 19th century.

The roof and windows are the first of several projects planned by CCPA to stabilize and renovate the building housing its collection of artifacts that tell the story of the small mountain community of Cades Cove prior to formation of Great Smoky Mountains National Park.

Grace, a descendant of the LeQuire and Law families of Cades Cove, said, “We do have true Scottish athletes coming that you see at the Scottish festivals. We’re going to be doing the weight throws, stone throws, hammer throws, sheaf toss and caber toss, which is the telephone pole everybody loves.

Everyone is going to be in Halloween costumes or kilts since it’s Halloween weekend. We’re going to go out there, have a good time and hopefully put on a good show.”

Michael Cotney, president of Twisted Kilt Athletics said, “This is to bring more people to knowledge of the Cades Cove Museum and the heritage of the Cove in our area, hence that’s why it’s the Heritage Game.

We’re raising money also to help with repairs to the museum. Everything raised is being donated.” Grace added that Twisted Kilt Athletics is a not-for-profit organization. “Any time we put on a festival or game, we donate all the proceeds to whichever charity we’re doing it for. We all get together to have fun, throw, and bring knowledge and awareness to the community and what it needs.”

Both Cotney and his wife, Connie, are Cades Cove Museum volunteers. Cotney said his favorite event is the sheaf. “Not sheep!” Grace said. “Everybody thinks we are saying ‘sheep,’ but we are not throwing poor sheep! It’s with a pitchfork and a bale of hay.” Cotney said he also enjoys the caber toss. Grace’s favorites are the hammer toss and caber toss.

“Right now, I’m the only female competitor,” she said. “You get to throw things, heavy things, and you have fun doing it. I’ve been doing this for six years now, and I absolutely love it.”

In addition to the games, the family-friendly event will have something to interest all ages. For the children, there will be trick-or-treating, a costume contest and, Grace said, “We have a mini-version of the games for the kids to participate in.”

Information about the genealogy of Cades Cove residents will be presented, and visitors interested in their own Scottish and Irish roots are invited to ask questions. Connie Cotney, who has traced many of the names in Cades Cove, said, “There are lots of Scots and Irish in the Cove, probably more Irish than Scottish.”

A raffle of selected items will be held. Tickets are $2 each, or you can purchase 10 for $15. Information on the items will be available at the event.

Grace said they plan to make this the first annual Heritage Game to benefit the Cades Cove Museum.

For more information on Twisted Kilt Athletics, visit the Facebook page. New members are welcome. To learn more about the Cades Cove Museum and CCPA, see the website www.cadescovepreservation.com.