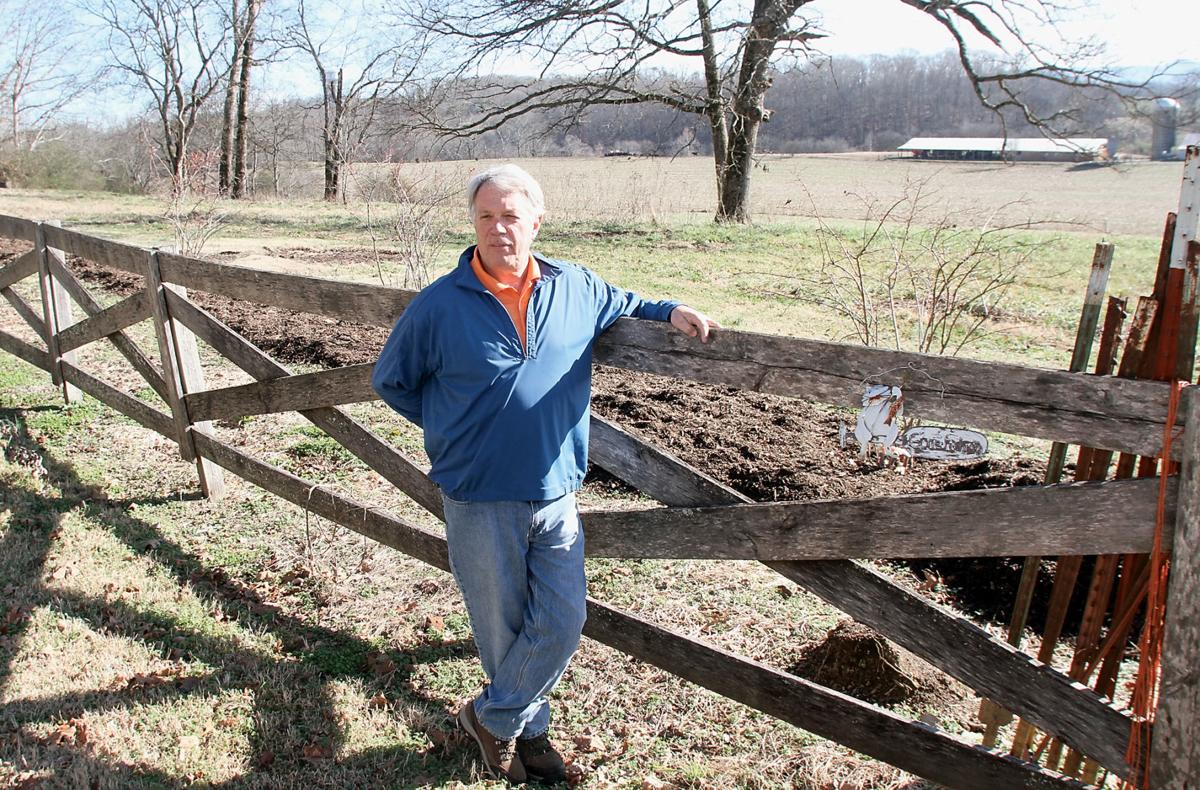 Executive Director Bill Clabough talks about the past year at Foothills Conservancy on Dec. 26 at the FLC’s offices on Andy Harris Road in Rockford. 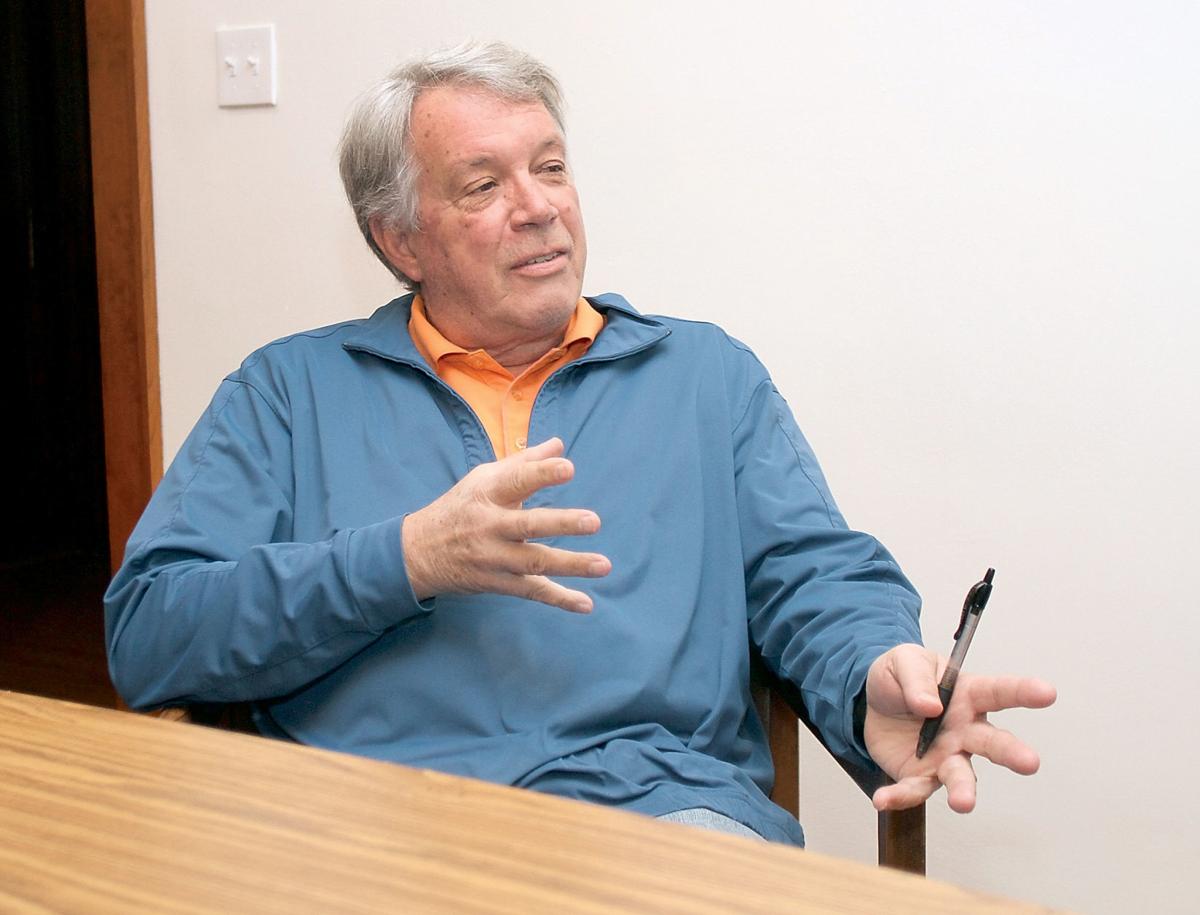 Executive Director Bill Clabough talks about the past year and the future of Foothills Conservancy.

Executive Director Bill Clabough talks about the past year at Foothills Conservancy on Dec. 26 at the FLC’s offices on Andy Harris Road in Rockford.

Executive Director Bill Clabough talks about the past year and the future of Foothills Conservancy.

Judging by the low-stress rush-hour traffic in recent days, a lot of people are taking the word “holiday” literally — a day of freedom from labor.

That’s not exactly in Bill Clabough’s own job description he carries on as executive director of the Foothills Land Conservancy.

On Thursday, he was at the FLC’s office on Andy Harris Drive in Rockford. He’d been there Christmas Day, too.

“It’s so ironic for us. I’ve got friends that they literally close down this time of year. Today, tomorrow and Saturday and Monday will be our four busiest days of the year,” Clabough says as he takes a few minutes for a year-end interview.

“That’s just the nature of the beast. If we’re working on a project and it doesn’t close on Dec. 31st then people don’t get that tax deduction.”

First off, he took a look the yellow legal pad that Elise Eustace, FLC communications and development director, hands Clabough with notes she’d made to prepare him for the interview.

It told him what he already knew, just in more specific numbers. FLC won’t be matching the record-breaking conservancy deals of 2018.

“One of the things that we love to say, is the only thing that’s constant around here is change. That’s the way it is. Last year we closed on 51 conservation projects, the most projects we’ve ever closed on in a year. This year it looks like we’re going to close on about 25.”

Clabough says he suspected as much at the beginning of 2019. A repeat of a record year wasn’t something to be expected.

At one time in 2018, FLC had 75 potential projects in the works. For various reasons, they didn’t all happen. At one time this year the conservancy had 41 or 42 projects on the hook or at least nibbling at the bait. They all won’t be reeled in and stashed in the creel.

“We were working on one in Loudon County and really had it done. The staff had been out there a couple of days, and then we found out the landowner had some issues with the state on the property. It was ready for me to sign, so he’s got to get that cleared up. It may happen in 2020 and it may not. It’s always interesting.”

So Clabough was in the office the day after Christmas, preparing for his notarized signature to be overnighted to landowners, getting the conservation easement paperwork in order and delivered by year’s end.

“It looks like we’re going to close on about 5,000 acres in four different states. We’ve got 11 projects in Tennessee, five in Georgia, seven in Alabama and two in North Carolina,” he says, eyeing the legal pad.

The FLC staff was off on Christmas Eve and Christmas Day. Clabough made it into the office both days “to make sure that when everybody walked in the door this morning we could roll — and we did.”

Did it even though last year at this time FLC had six people on staff. One has retired. Another is now semi-retired.

“We just kinda picked up the slack,” he says.

Maybe it’s not just the time of year that has Clabough working through the holidays. Maybe it’s in Clabough’s DNA. Maybe it’s from all those years as proprietor of Clabough’s Market off Wildwood Road across from Porter Elementary School.

“I went to the store at 6 o’clock in the morning, and stayed there all day seven days a week. You had Christmas Day off. You had Thanksgiving Day off.”

“We sat down, the staff, and we talked. We’ve been so successful, I think it’s time we not re-evaluate but evaluate what we’ve done. Where we’re going. Whether there are any markets that we need to get into that we’ve not been into. Maybe to start looking at ways to do something here on the farm that might be meaningful to the general public. Offer some different programs to some of our landowners that we’ve never offered before. Helping them manage their land. That’s something we’ve never done before.”

Like something now in the works that has Clabough thinking. He’s wondering if the conservancy might find ways to cooperate in conservation efforts with the state of Tennessee.

“We’re in the process right now of giving two tracts to the state down in Hamilton County, right across the road from Booker T. Washington State Park. Somebody donated it to us. When I looked at it, I thought well gosh, we don’t really want that. But I made a couple of phone calls to friends in the state (Clabough is a former state senator representing Blount and Sevier counties) and they said, ‘Yeah we’d like to add the acreage to the state park.’”

Some of it is beyond the control of a conservancy based in the foothills of Tennessee.

Closer to home, he’s more confident about accomplishing the mission of FLC that is dedicated to protecting, preserving and enhancing the lands and environments of the region and promoting the character of the land for the benefit of the general public, now and in the future.