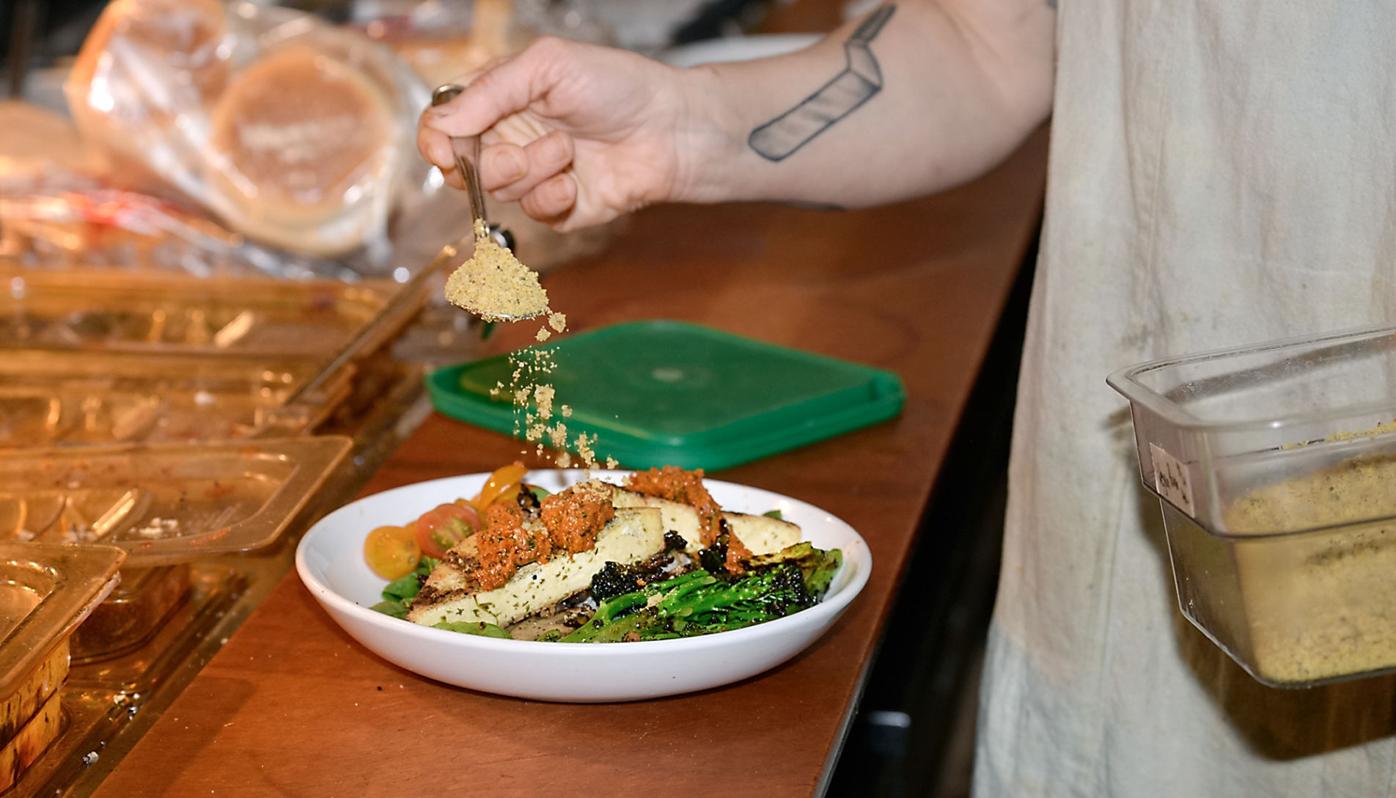 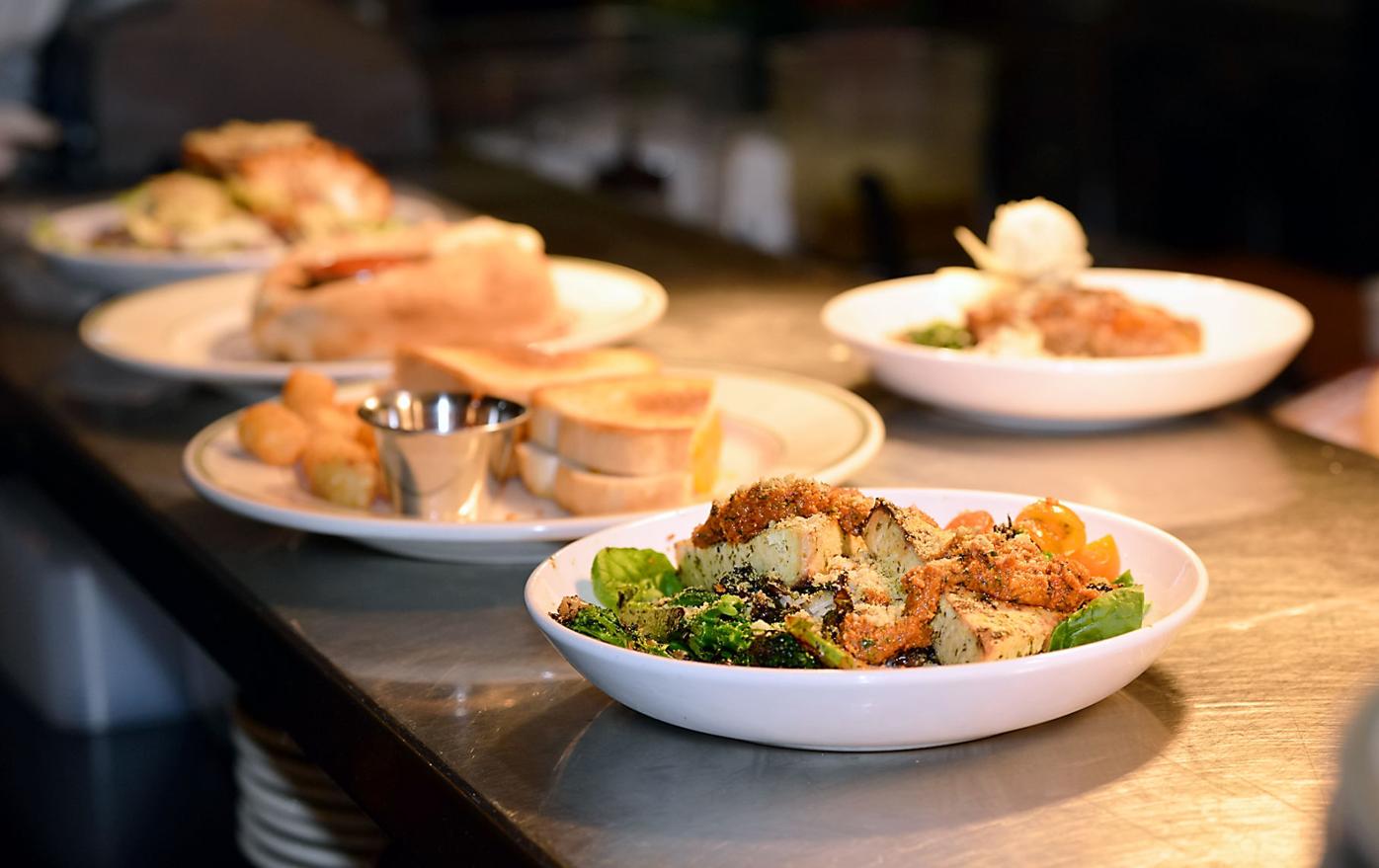 A tofu bowl, a plant-based meal, sits with a variety of other dishes on the serving line at Bluetick Tavern in downtown Maryville. 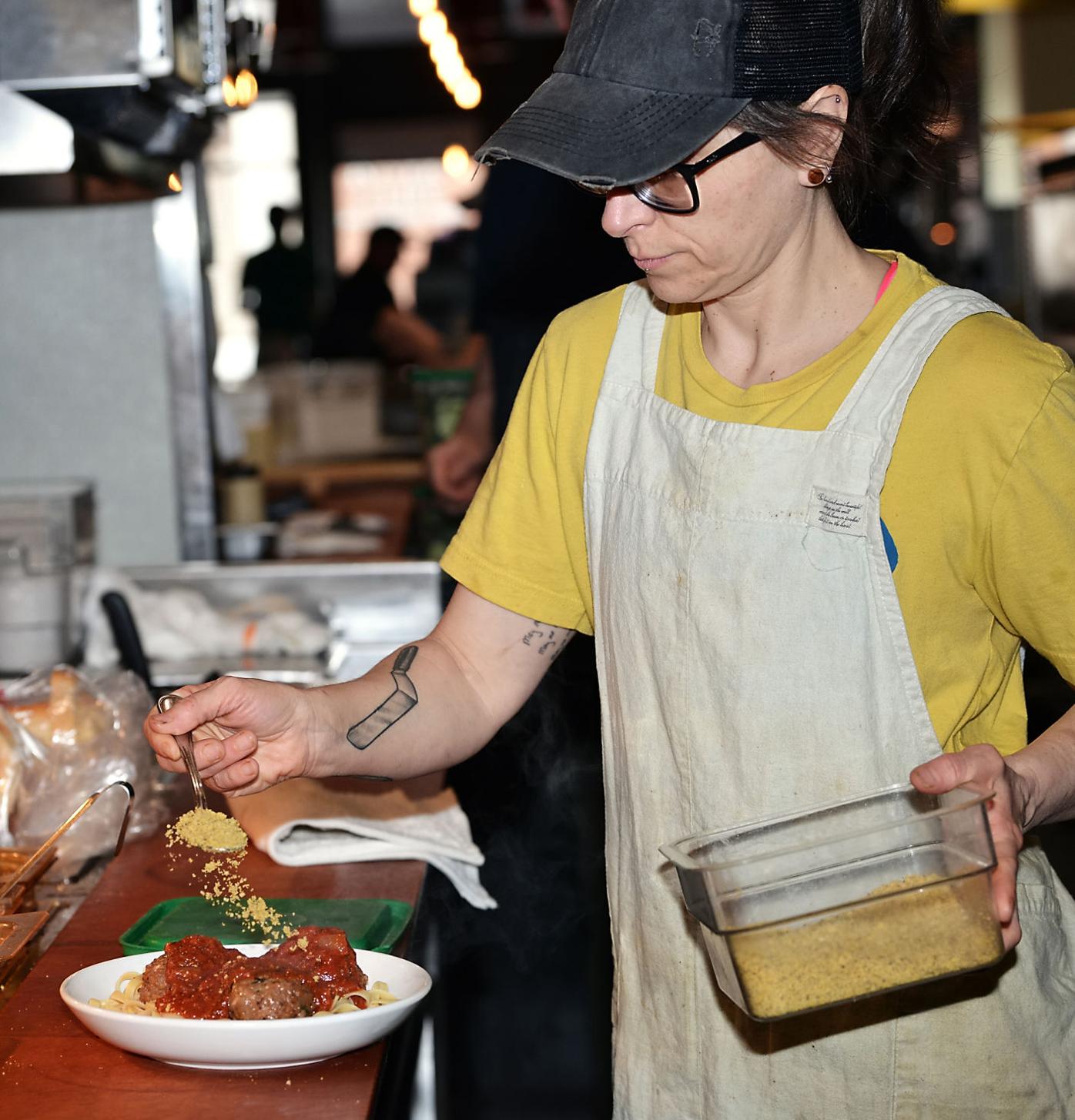 Amy Rimmer finishes an order of plant-based spaghetti and meatballs for a diner at Bluetick Tavern. 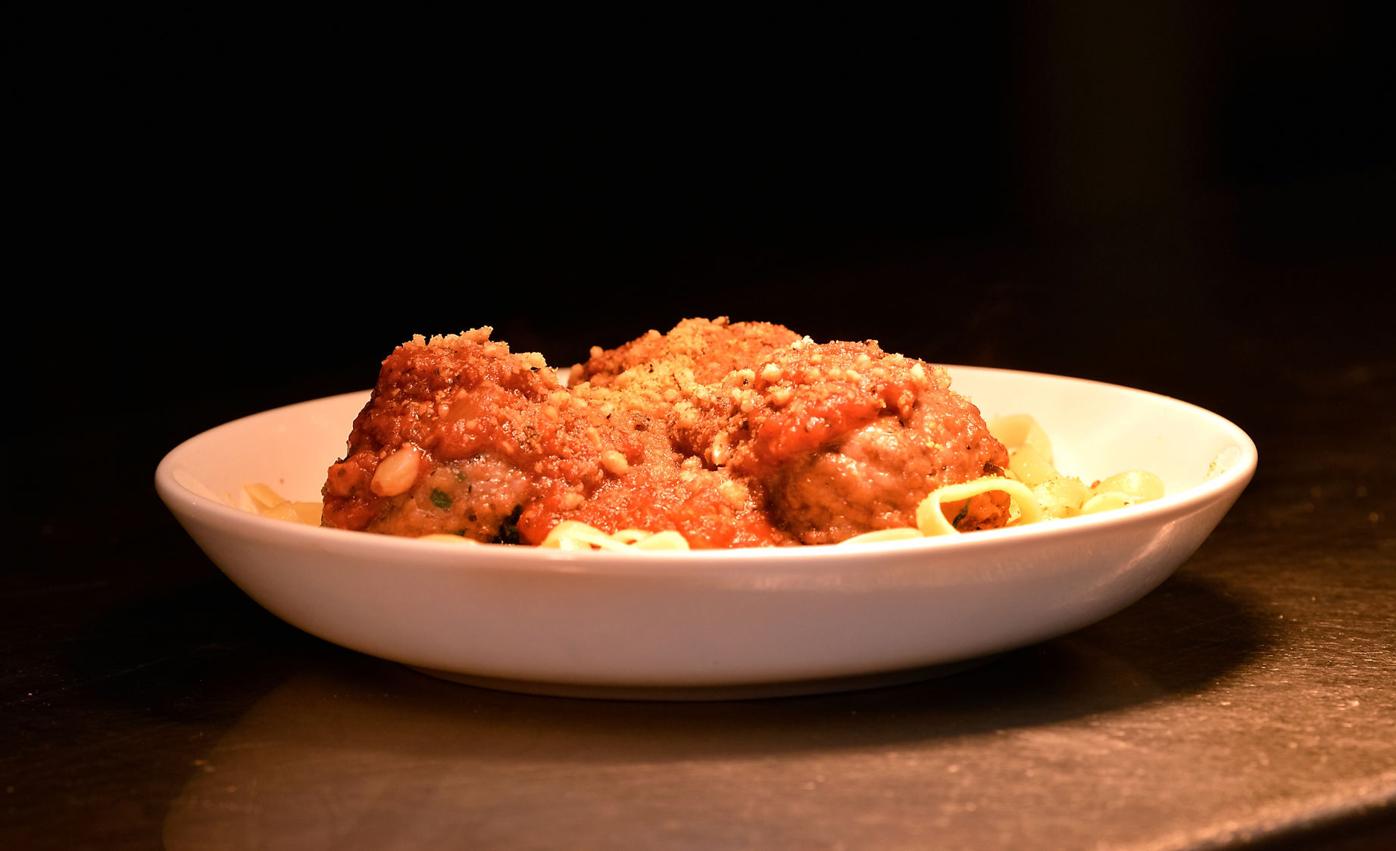 Plant-based spaghetti and meatballs ready to be served at Bluetick Tavern. 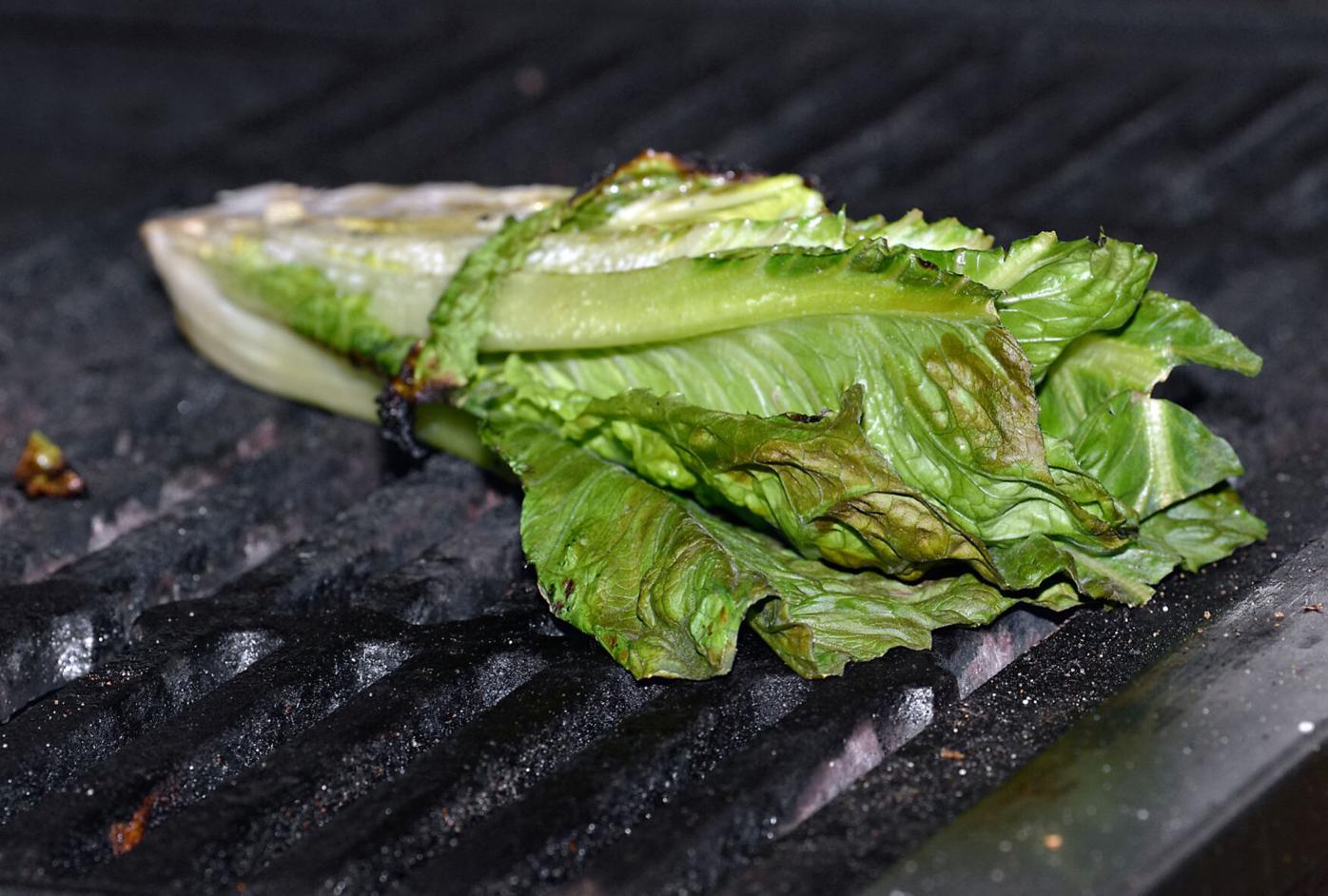 Romaine lettuce on the grill will end up in a Caprese salad, a plant-based option at Bluetick Tavern. 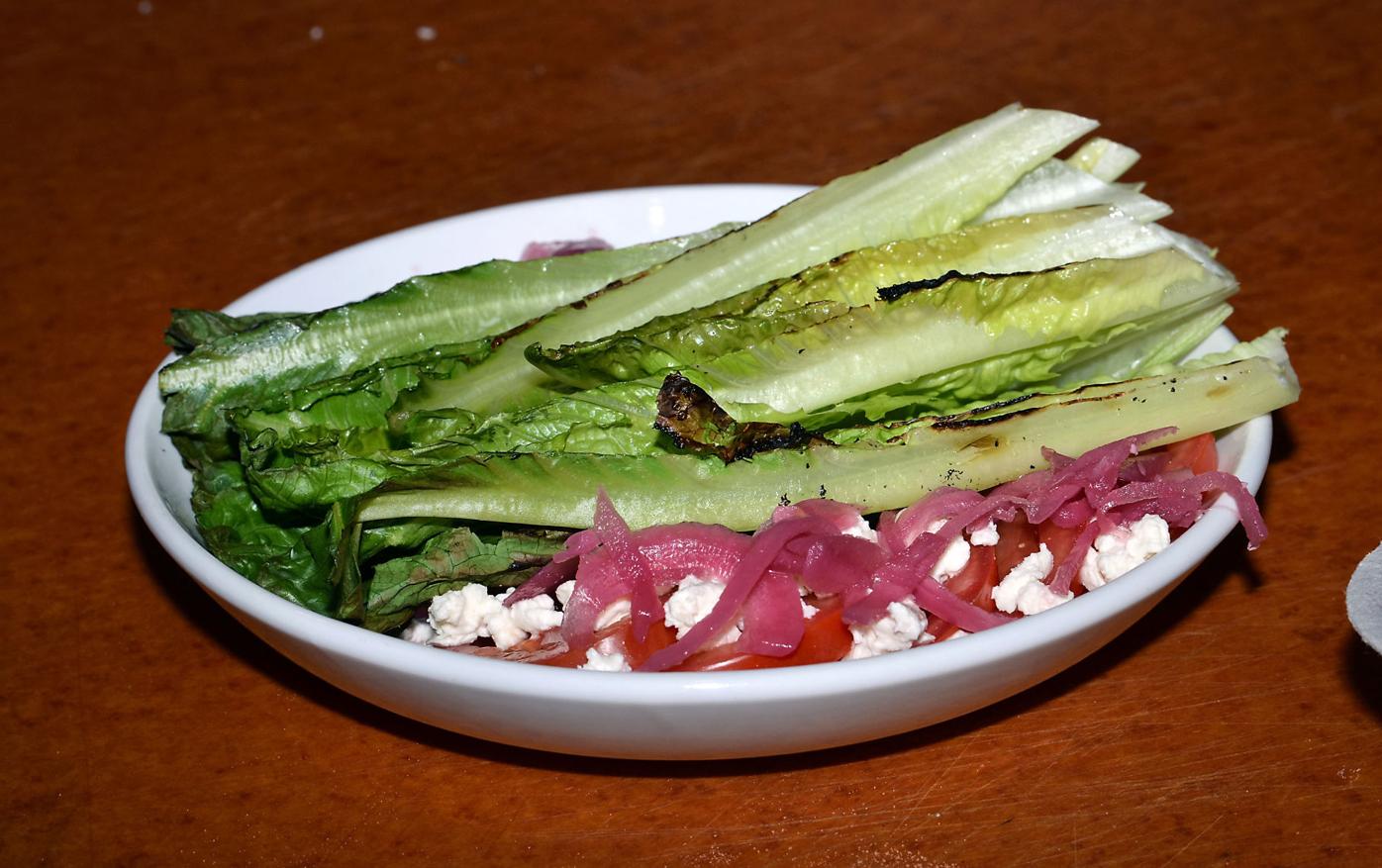 A tofu bowl, a plant-based meal, sits with a variety of other dishes on the serving line at Bluetick Tavern in downtown Maryville.

Amy Rimmer finishes an order of plant-based spaghetti and meatballs for a diner at Bluetick Tavern.

Plant-based spaghetti and meatballs ready to be served at Bluetick Tavern.

Romaine lettuce on the grill will end up in a Caprese salad, a plant-based option at Bluetick Tavern.

“I eat a plant-based diet primarily myself,” Rimmer, the kitchen manager at Maryville’s Bluetick Tavern said. “And so ... I know how difficult it is to find somewhere in town that I can eat without having to go to Knoxville.”

And she didn’t just know the vegetarian struggle. She knew how to defeat it.

Through the efforts of Rimmer and others, Bluetick Tavern, 128 W. Broadway Ave., in Maryville, now offers multiple plant-based food options. It’s a conscientious turn from traditional, meaty bar food, though the restaurant still has plenty of that.

Bluetick introduced new plant-based offerings to the menu this month including Rimmer’s personal favorite, a Mediterranean grain tofu bowl. Also new to the menu at one of Blount’s favorite pizza places is a mushroom French dip sandwich, spaghetti and Beyond meatballs and a Beyond burger. Beyond Meat is a company that provides plant-based meat products.

The tofu bowl features ingredients like roasted broccolini, charred brussels and a rice/quinoa blend, while the mushroom French Dip uses portabella and button mushrooms, vegetable au jus and a horseradish sauce, according to Bluetick’s menu.

Rimmer came to Bluetick from Sunspot in Knoxville; both restaurants are owned by Burleson Brands, and she has been with the company “for a long time.”

Rimmer lives in Maryville and thus knew of the lack of plant-based food options in town. At Bluetick, she met with Executive Chef Jeff Carter and restaurant management to adjust the menu, including expanding its allergen and dietary friendly options.

“That’s kind of what I was to work on, basically,” Rimmer said.

Rimmer said customers called each week to see what the specials were, and they also were responsive on Facebook. And the positive feedback keeps coming.

“What I see is everything ... that we’re able to sell leaving the kitchen window,” said owner Randy Burleson, who grew his restaurant brand after founding Aubrey’s. “And that’s the best response we can ever get is to see them going out over and over again.”

One of Rimmer’s proudest successes is Bluetick’s in-house pesto, which she uses on different entrees and pizza. The restaurant originally was buying pesto, but Rimmer realized she could make a less-expensive, versatile pesto in-house.

“So a vegan or a plant-based person can come in and get a pesto-based pizza,” Rimmer said, “so they don’t have to get a red sauce and they can use our vegan cheese. And now, they have a vegan pizza.”

Rimmer stressed that Bluetick’s plant-based offerings wouldn’t be possible without the help of her coworkers.

Burleson said such menu items are also a credit to the overall Blount County community.

“I think Maryville’s one of the best places around,” Burleson said. “And Maryville has always been openminded, even since the days Tomato Head was up the street. It says good things about Bluetick Tavern, but I think it says even better things about Blount County, about how Blount County is being adventurous and seeking out dishes that are unique and not fast food.”