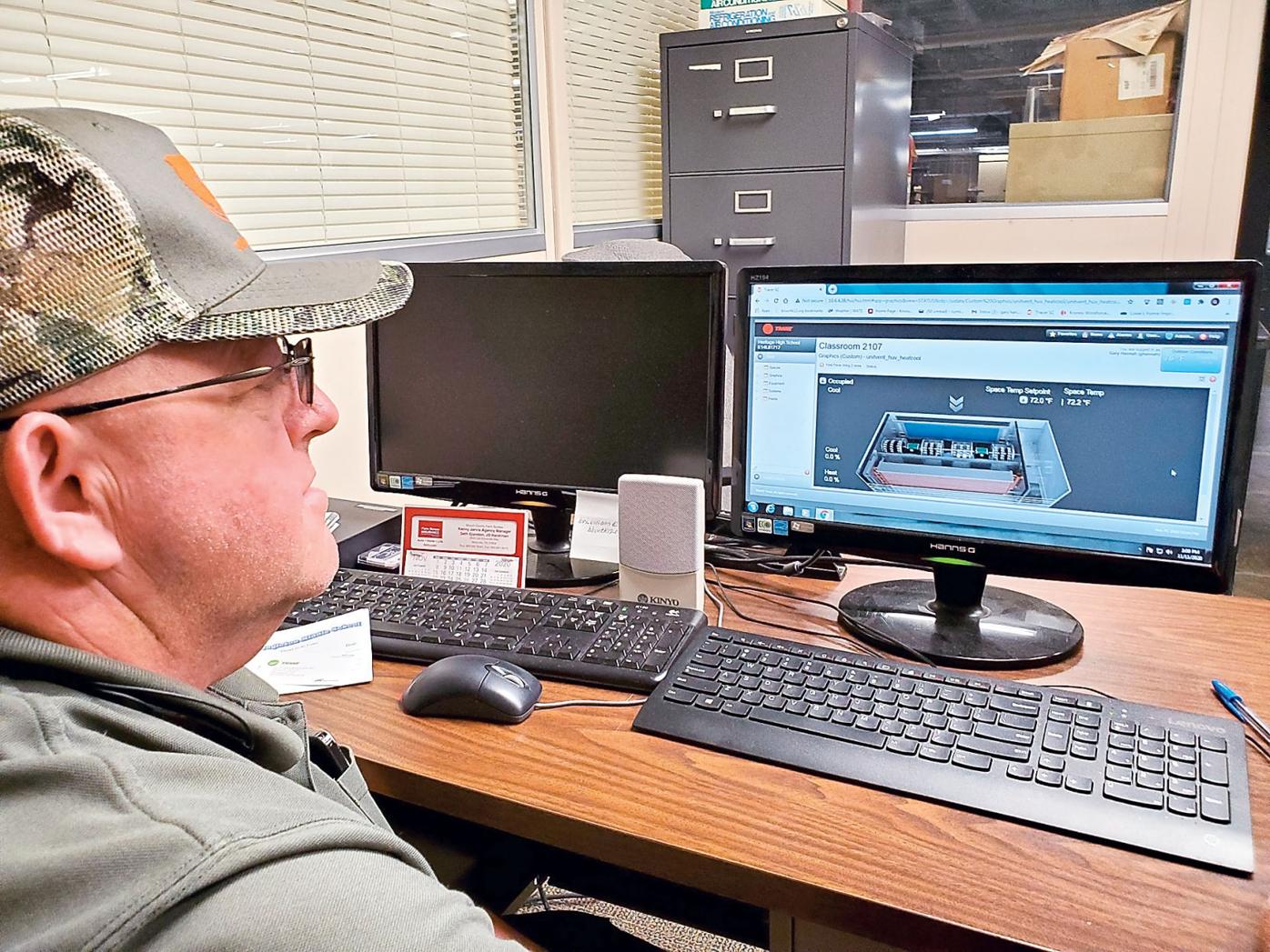 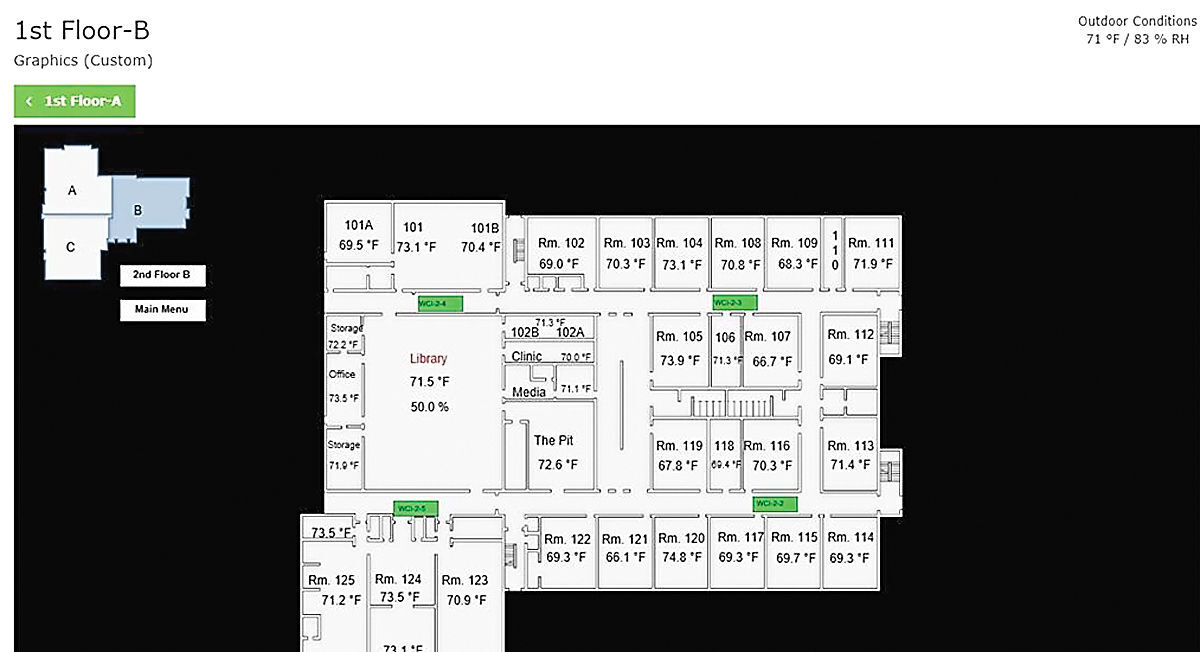 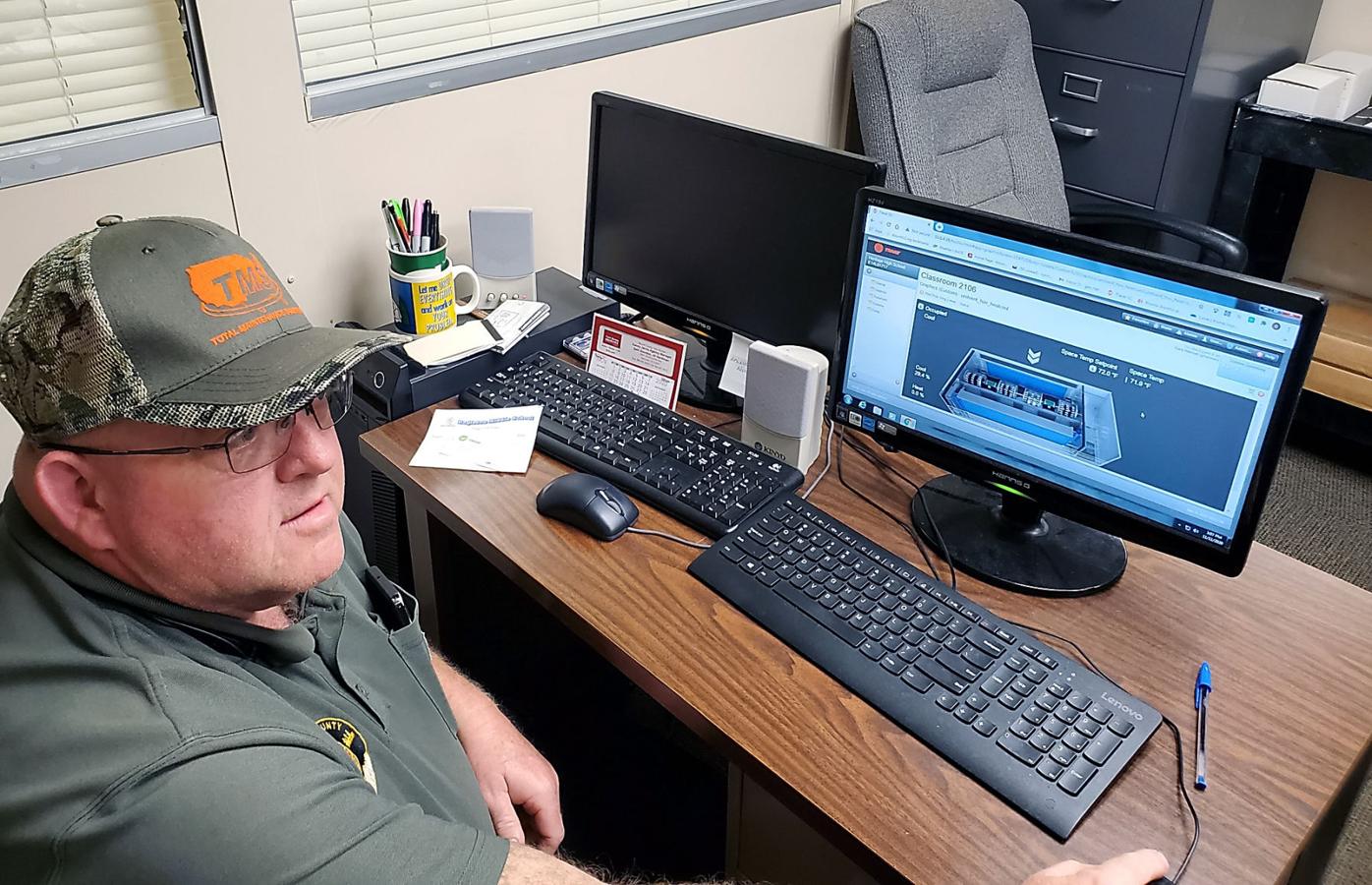 While improved comfort already is evident at William Blount, another benefit will come at the bottom line.

When all the high school HVAC and energy program work is complete, representatives for Trane estimate savings of nearly $60,000 annually in utility costs at William Blount and $70,000 a year at Heritage.

Soon Trane plans to submit the results of the districtwide energy audit it has conducted for BCS, and savings from upgrades could help fund further improvements. If implemented in the next several months, Trane’s energy program contract for the work will guarantees the savings.

This week, Nov. 19, the Blount County Commission is being asked to approve BCS spending $2.04 million for the first phase of HVAC work at Heritage. The Board of Education and county Budget Committee approved the spending under Fund 177, for capital improvements, earlier this month. The plan is to replace 10 dedicated outdoor air system units at HHS that have “outlived their useful lives” over the summer break in 2021, according to Owen Nevader, comprehensive solutions leader for Trane.

During an Education Committee meeting Nov. 4 school board member Vandy Kemp asked Nevader about the life expectancy of the DOAS units.

“I’m hearing arguments and fussing at the commission level that we’re having to do a lot of replacement of HVAC systems that should have been lasting longer,” said Kemp, who noted she was HHS principal when the units were installed in 2003, after the school had to close for weeks because of mold.

He explained that the American Society of Heating, Refrigerating and Air-Conditioning Engineers estimates a life expectancy of about 15-18 years for air-cooled commercial systems like those at HHS, but that depends on many factors, including location and maintenance.

The technology used in the Heritage DOAS units was current at the time, Nevader said, but “things have advanced significantly since then.” The replacement units will have fewer moving parts and be easier to maintain.

The next phase of work expected for Heritage, estimated at $1 million and expected in the following school year, would complete and optimize work begun in the 2016-17 school year on HVAC systems.

This month Trane has been showing William Blount staff how to control new HVAC units from computer screens, such as scheduling systems to turn on for basketball games during Thanksgiving break.

The first phase of HVAC work at William Blount, which cost about $2.7 million, focused on outdoor ventilation and pressurizing the buildings to control humidity and reduce moisture intrusion.

“The smell is better at William Blount without the carpet,” BCS Director Rob Britt told members of the Blount Partnership during an online meeting Nov. 6. He also told members of the Education Committee during their Nov. 4 meeting that the English and social studies classrooms no long have a dank, moldy odor.

“We’re drying out the building and keeping the moisture out,” Britt said during the Blount Partnership session. “We don’t have any industrial-sized dehumidifiers in the building anymore.”

Nevader explained to the Education Committee that controlling humidity also is essential to people feeling comfortable in the buildings.