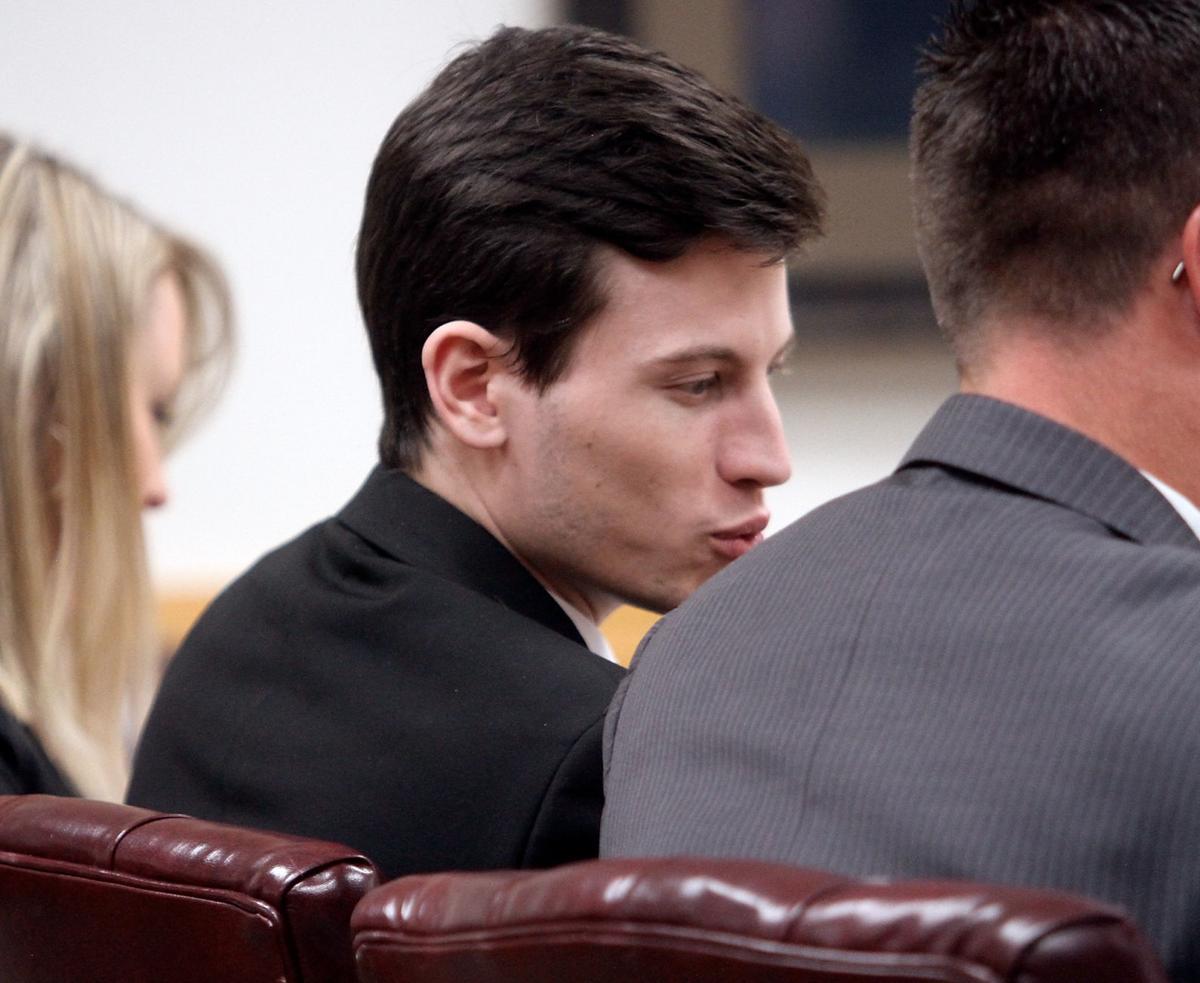 Sean Patrick Foley talks with his lawyer during the first day of his murder trial Tuesday. 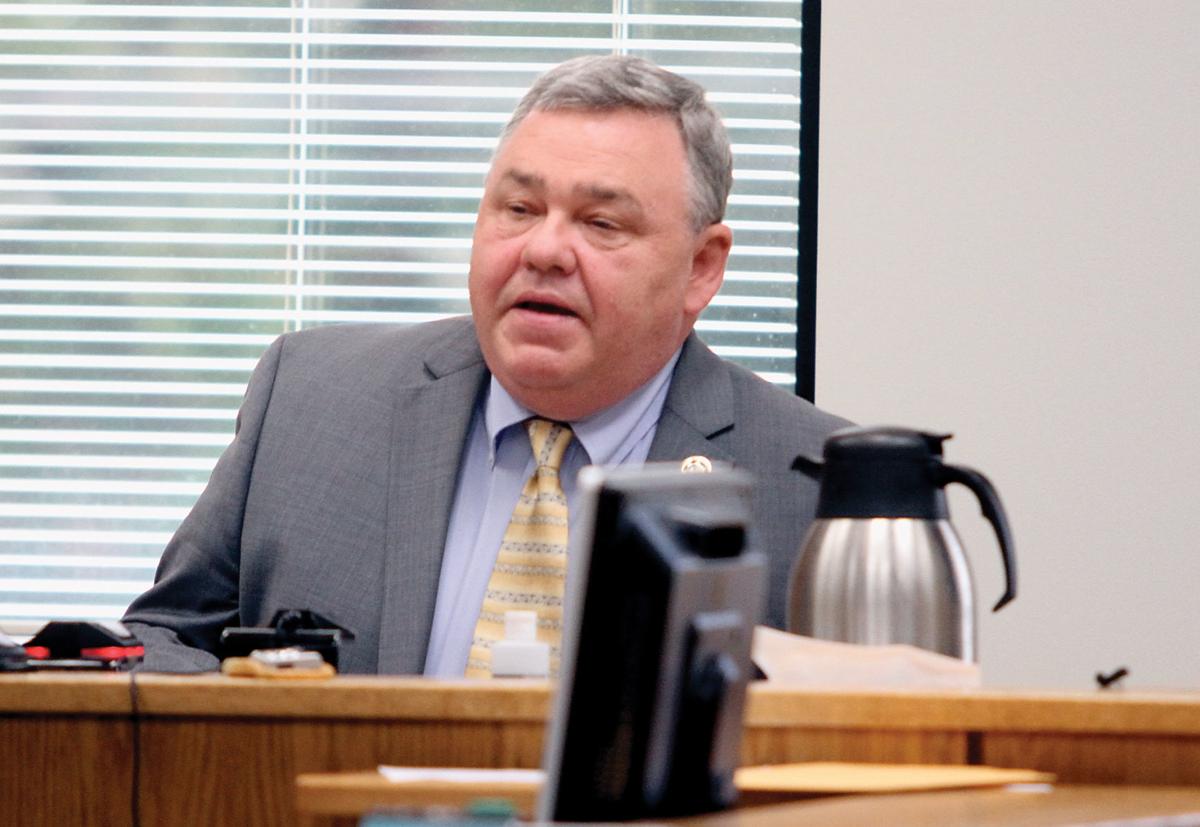 Sean Patrick Foley talks with his lawyer during the first day of his murder trial Tuesday.

No one disputes that Sean Patrick Foley shot Jimmy L. Shelton to death on Aug. 28, 2018, after a night of drinking in Shelton’s Maryville backyard.

That Foley hid for more than 20 minutes while taping Shelton negotiating a sexual act with Foley’s former girlfriend, Miranda Goddard, before shooting Shelton when the situation turned physical also isn’t in dispute.

Why he killed the 44-year-old retail assistant manager was a matter prosecutors and the defense tackled in opening statements Tuesday in Foley’s first-degree murder trial.

“Twenty-two minutes and 47 seconds,” Blount County Assistant District Attorney General Ryan Desmond said. “Twenty-two minutes and 47 seconds, that’s how long Sean Foley had to think about what he wanted to do with Jimmy Shelton. For 22:47, he hid, he concealed himself and he recorded a conversation between Jimmy Shelton and Miranda Goddard, Sean Foley’s girlfriend. Over the course of that 22:47, he decided Jimmy Shelton had to die, and after that 22:47, Sean Foley thought that it was the perfect situation, and the perfect time, for him to do the killing.”

Shelton, who was taller and heavier than Foley, charged Foley as he held the gun and tackled him, said Kimsey, who summarized the case in three words for the jury.

“Molestation, manipulation and mischaracterization,” Kimsey said. “That’s what this case is.”

Kimsey said Shelton had molested Goddard, who is 25, beginning when she was 12.

Goddard eventually disclosed the alleged acts to investigators, who didn’t pursue charges against Shelton in 2009 after the allegations weren’t substantiated.

Goddard also recanted her story, the court learned earlier this month after Judge Tammy Harrington reviewed several motions from Kimsey, including one that questioned whether the court could fairly prosecute his client.

Foley told investigators that he killed Shelton because he believed Goddard’s claims.

He also believed that Shelton was attempting to force Goddard into a sexual act in exchange for a car when he shot him just after 6 a.m.

Foley even repeated some statements Goddard and Shelton made while he was recording their conversation, Desmond said, before repeating statements Foley reportedly made to Shelton as he pointed the weapon at him.

Kimsey pointed out Shelton had waited until Goddard, who had just been released from the Blount County Correctional Facility for failing to appear on a misdemeanor traffic charge, was drunk enough to initiate the encounter.

Desmond disagreed about safety conditions in the home, noting that Foley had recently moved into the home with Shelton and Goddard’s mother, Dawn McGinnis.

Foley even brought his young daughter to stay over there, Desmond added.

Jurors also heard Blount County 911 calls made within seconds of each other by Foley and McGinnis.

Foley alternately yelled at the dispatcher and at Goddard, who he demanded to tell the dispatcher Shelton had attempted to rape her. The dispatcher was heard on the tape asking her if penetration occurred.

McGinnis cried as a dispatcher guided her through CPR before first responders arrived.

Shelton was pronounced dead at the scene.

The trial is scheduled to continue this morning.

Victoria joined The Daily Times in 2019 as covers the courts and cops beat.