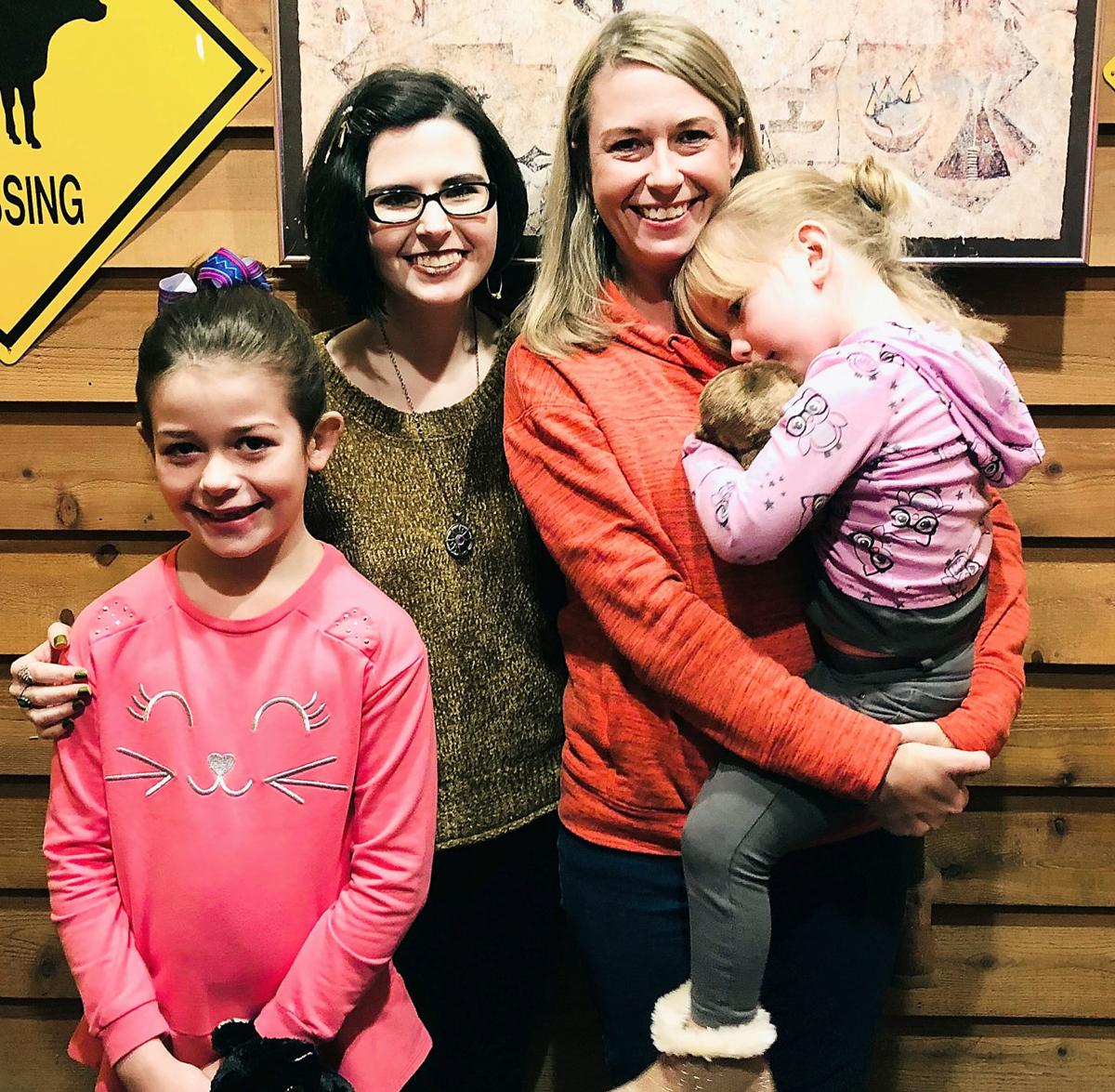 Krista Jackson (right) with her daughters, Lily and Kinslee, and her recently discovered half-sister, Tilly Baker. 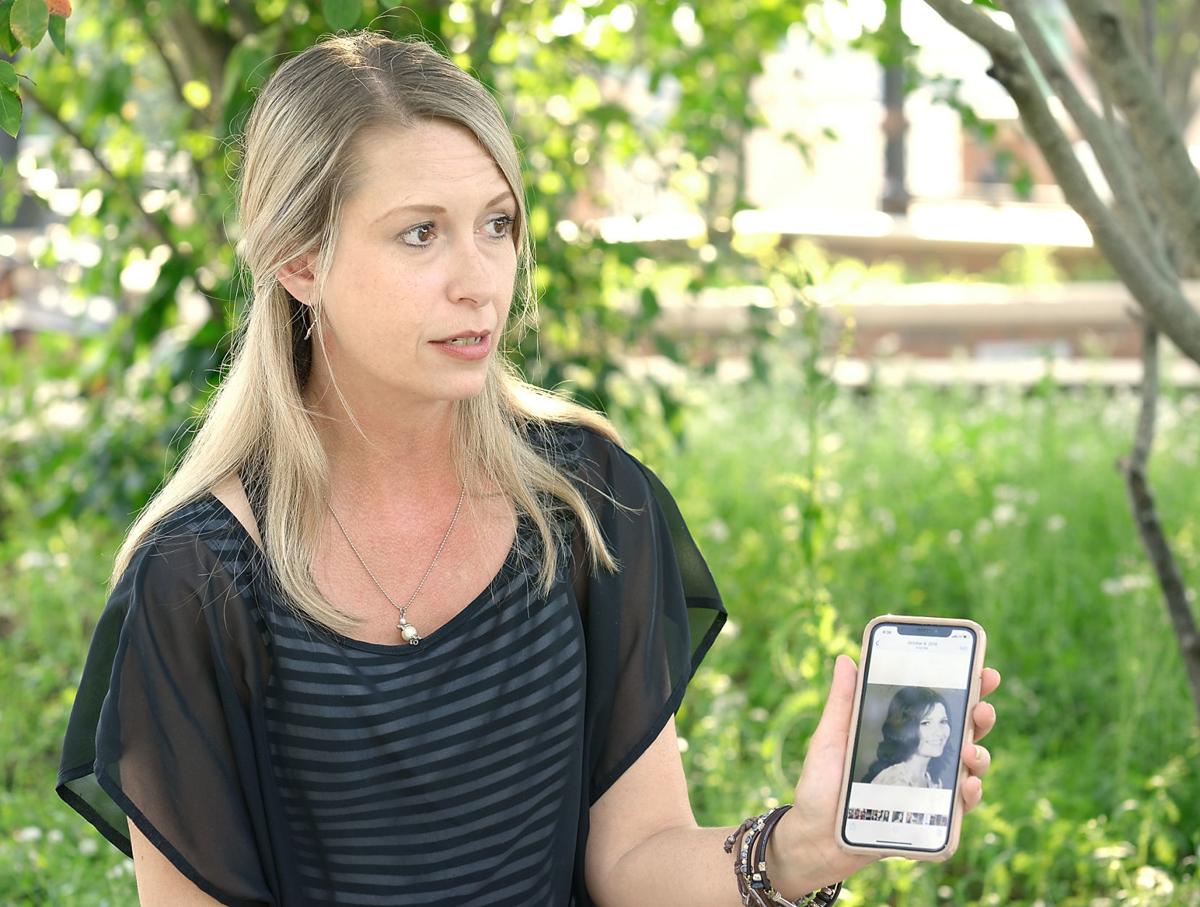 Krista Jackson with a photo of her mother, Glenda Kay Montgomery. The resemblance to Jackson's half-sister is uncanny. 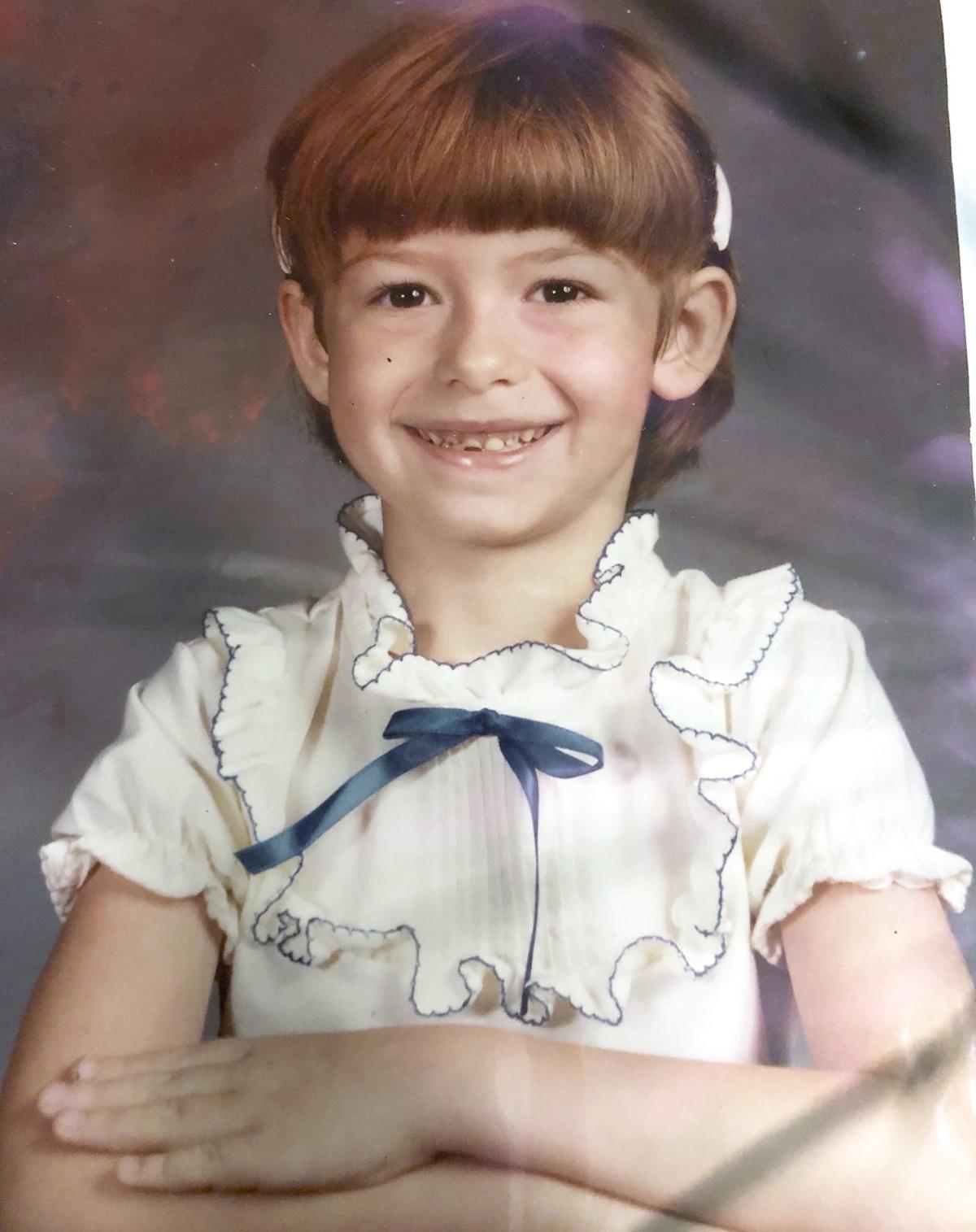 A photo of Krista Jackson as a child. 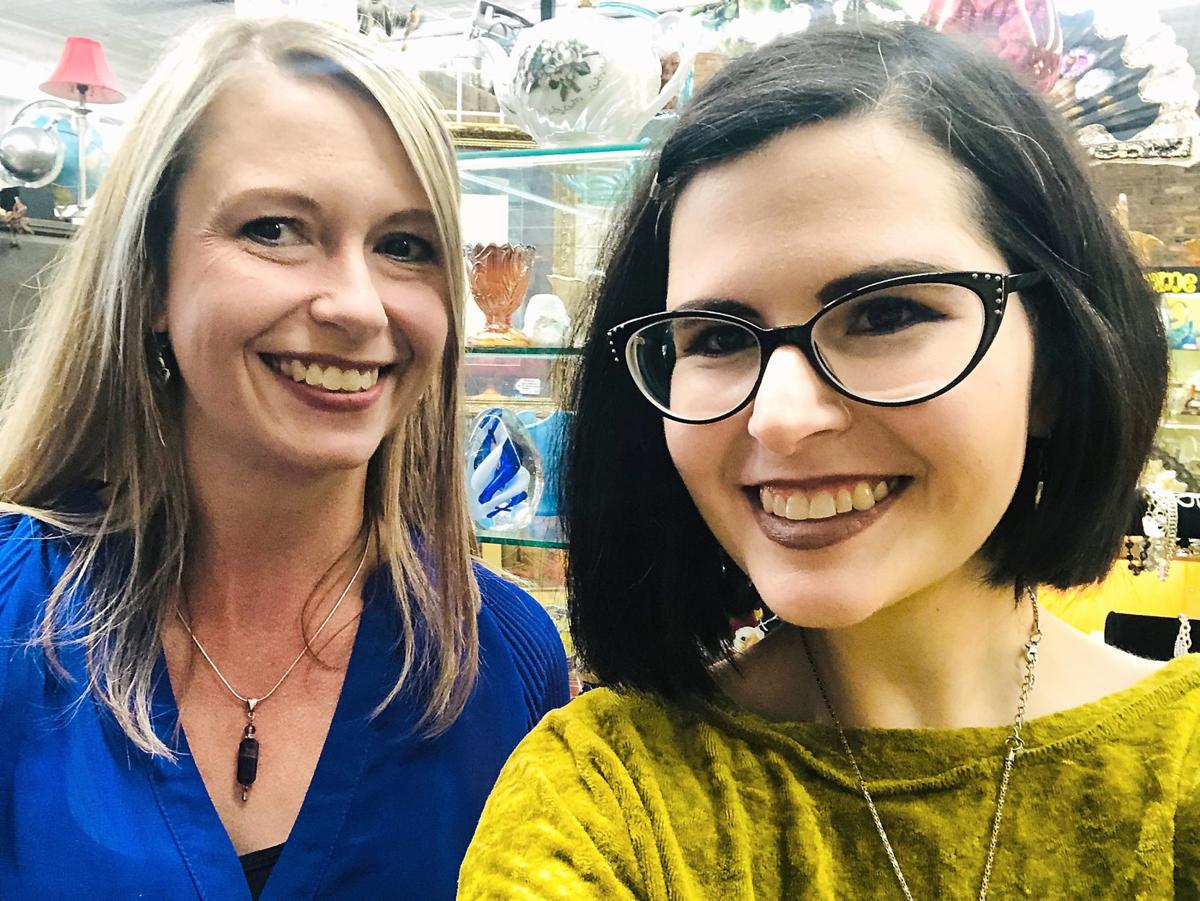 Sisters Krista Jackson (left) and Tilly Baker found each other after both submitted DNA samples to two different websites. 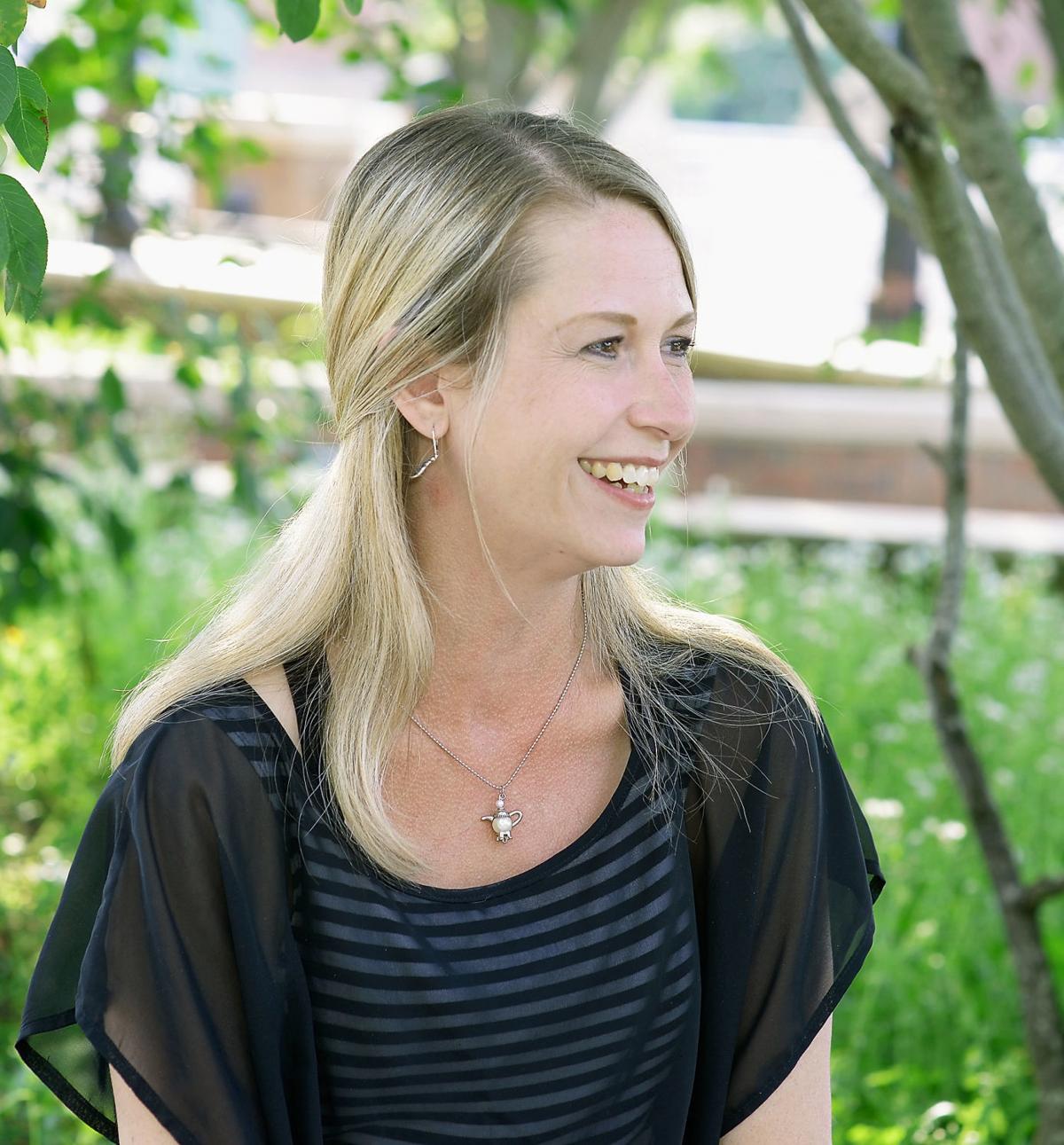 Krista Jackson sharing the story of how she discovered her half-sister through DNA testing. They are now looking for two more siblings. 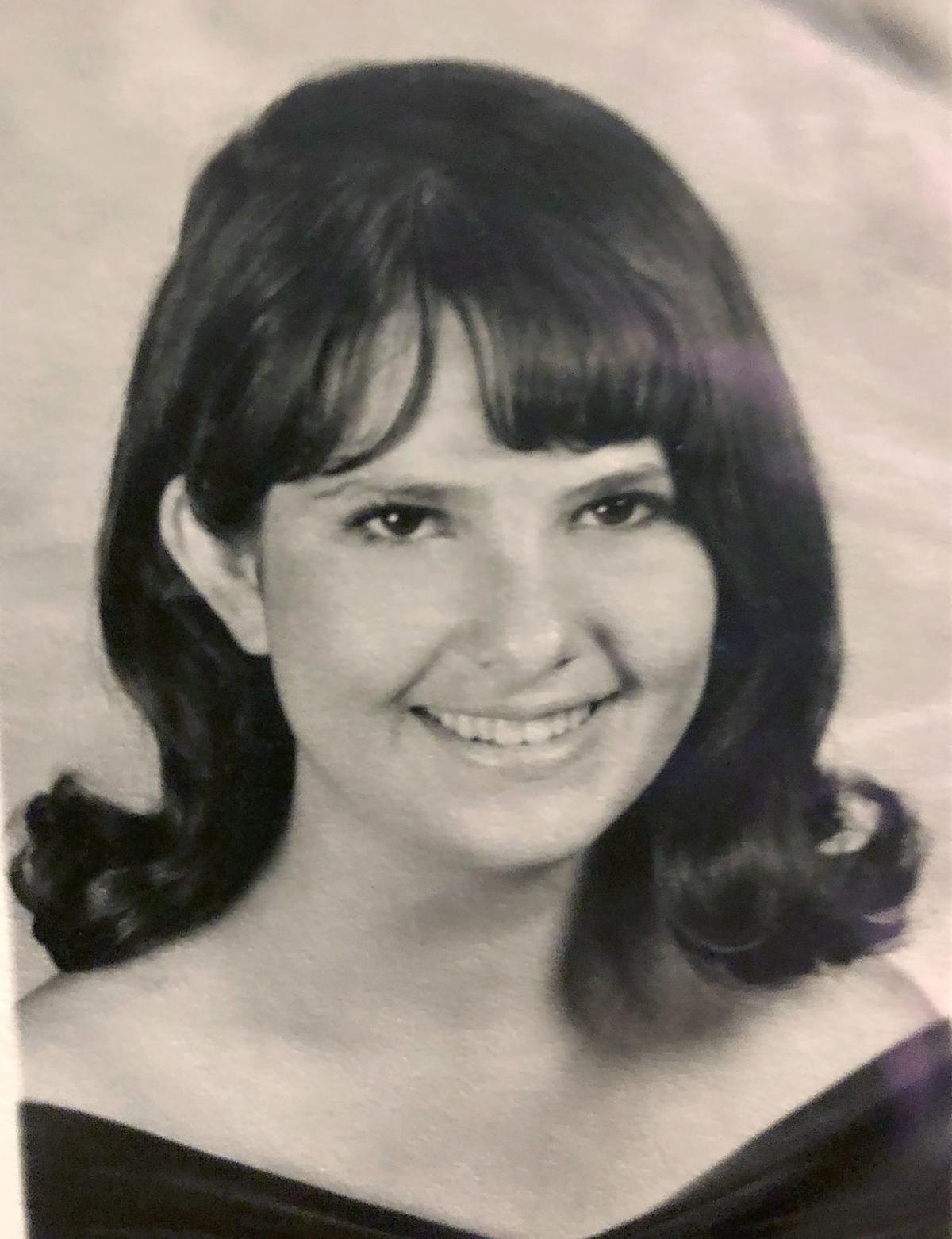 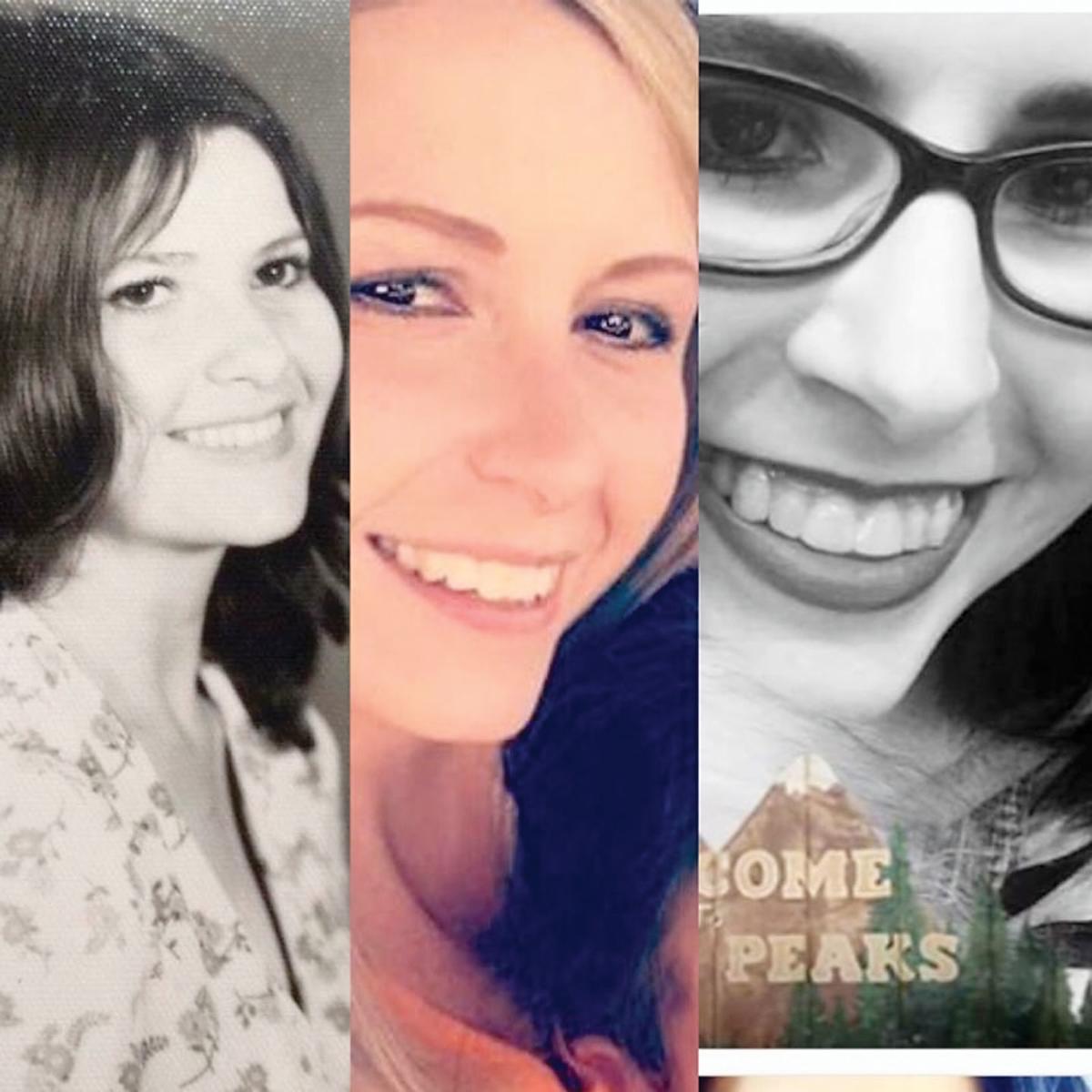 Krista Jackson (right) with her daughters, Lily and Kinslee, and her recently discovered half-sister, Tilly Baker.

Krista Jackson with a photo of her mother, Glenda Kay Montgomery. The resemblance to Jackson's half-sister is uncanny.

A photo of Krista Jackson as a child.

Sisters Krista Jackson (left) and Tilly Baker found each other after both submitted DNA samples to two different websites.

Krista Jackson sharing the story of how she discovered her half-sister through DNA testing. They are now looking for two more siblings.

Their eyes are brown. That’s what you notice first from the photos of Krista Waters Jackson, her mom and sister.

From their other features, there’s no mistaking the connection. The smile, the jawline, shape of the face and nose.

Then in October of last year, Jackson and a first cousin learned differently. The two had submitted their DNA to two separate websites (Ancestry and 23 and Me) and when the results came back, they discovered Jackson had a half-sister she knew nothing about. Jackson’s mom had given birth to not one child, but four, she would later learn. Montgomery had given the other three up for adoption. Jackson was the second born. She has two half-sisters and a half-brother.

Connecting with one sibling

Since that shocking discovery, Jackson has located one of her half-sisters, Tilly Baker, 34, who lives a short distance away in Clinton. Baker, too, had submitted her DNA, to 23 and Me. Jackson said when she laid eyes on Baker’s photo, there was no mistaking that she is family.

“She is the spitting image of my mother,” Jackson said. “After that, there wasn’t much need for confirmation for me.”

The two met for the first time back in November. Now that they have established a strong relationship, Jackson said they are on a quest to find their other two siblings. The other sister is a full sister to Baker, as they share the same mother and father.

Montgomery passed away in 2014 from kidney disease. Jackson was her caretaker for the last two years of her life and never gave up her secret.

Montgomery worked at Lowe’s Drugs and also Rubbermaid, Jackson said, along with some area convenience stores over the years. She had to retire when she got sick and was on disability at the time of her death.

As Jackson kept digging for information about her other two siblings, she also discovered that it was her mother’s original intentions to also give her up for adoption. She said her father intervened and convinced Montgomery to keep the baby to raise together.

However, that turned out not to be the case. Jackson said her birth parents dated for a few years and then split up.

The other children were surrendered at the hospital, Jackson said she has learned, with her mother never setting eyes on them. She did see Jackson, and that’s why she couldn’t go through with her adoption.

Jackson didn’t meet her father until she was 8 years old. She maintained a relationship with him until he died.

Today, the focus is on finding her half-brother. His name at birth was William Paul McCarter, but Jackson said she doesn’t know who his father is. McCarter was born in 1974 at University of Tennessee Medical Center, just two years after Montgomery, his mother, graduated from Everett.

Jackson said she has reached out to Everett alumni and some do remember her mother; none was able to help her with any pieces to the mystery. McCarter would be 45 years old.

The other sister would be about 36, Jackson said.

The process that might lead to the discoveries is already in place. Jackson has requested the adoption records. She said her two missing siblings have to agree to release them. Or should they do DNA testing through the various services, they will be linked to those who already have done so.

“I never dreamed that someone would tell me after 39 years that ‘Hey, you have three siblings,’” Jackson said. “I thought I had no immediate family. My parents were both dead. I had no siblings. Just my kids.”

Baker knows who her dad is; he resides in Blount County today. He hasn’t expressed any interest in connecting with the daughter given up for adoption at birth. The second daughter he fathered is older than Baker, the one that’s still out there somewhere.

When the time is right, Baker said she will call her birth father. She was adopted when she was only 2 months old and said she had a terrific childhood and loving parents.

“I have never held any resentment toward my birth parents,” Baker said. “Ever. They had their reasons for doing what they did. I had a wonderful childhood and my family is amazing.”

Jackson’s adoption papers did state that her birth mother gave birth to another child, six years before Baker was born. That was Jackson. “I did know about her in theory,” Baker said. But that was all until they matched DNA.

It is believed that Baker and her sister were born at what was then Oak Ridge Hospital.

This all came to be because Baker wanted to find out if she is part Cherokee (she’s not), something she has been told her whole life. That’s when her DNA connected up with Jackson.

It’s been a shocking and fascinating adventure, Jackson said. She has two daughters, ages 8 and 4. Baker doesn’t have any children. Instead, she has a sister and nieces to bond with.

Jackson doesn’t have any hateful feelings toward her mother for doing what she did and for not revealing her secrets. She said her mom knew she wasn’t cut out for motherhood and gave up the other three. Baker and Jackson just want to know where they are.

Making up for lost time

Since meeting in November, Jackson and Baker have spent holidays together and talk or text every day. Both of these women were raised as only children and are now piecing together their story.

Describing herself as very positive, Baker said she can’t help but believe this mystery will be solved one day. That would provide needed closure, she said.

The search for their sister and brother moves onward.

“You can’t put yourself in their shoes,” Jackson said of her mother and the unknown father of her brother. “So much time has passed now. We just want to know where they are even if they don’t want a relationship. Where did they end up? They could be anywhere.”

Anyone who might have information that could help Krista Waters Jackson find her other two siblings is asked to email her at kristajackson274@gmail.com.