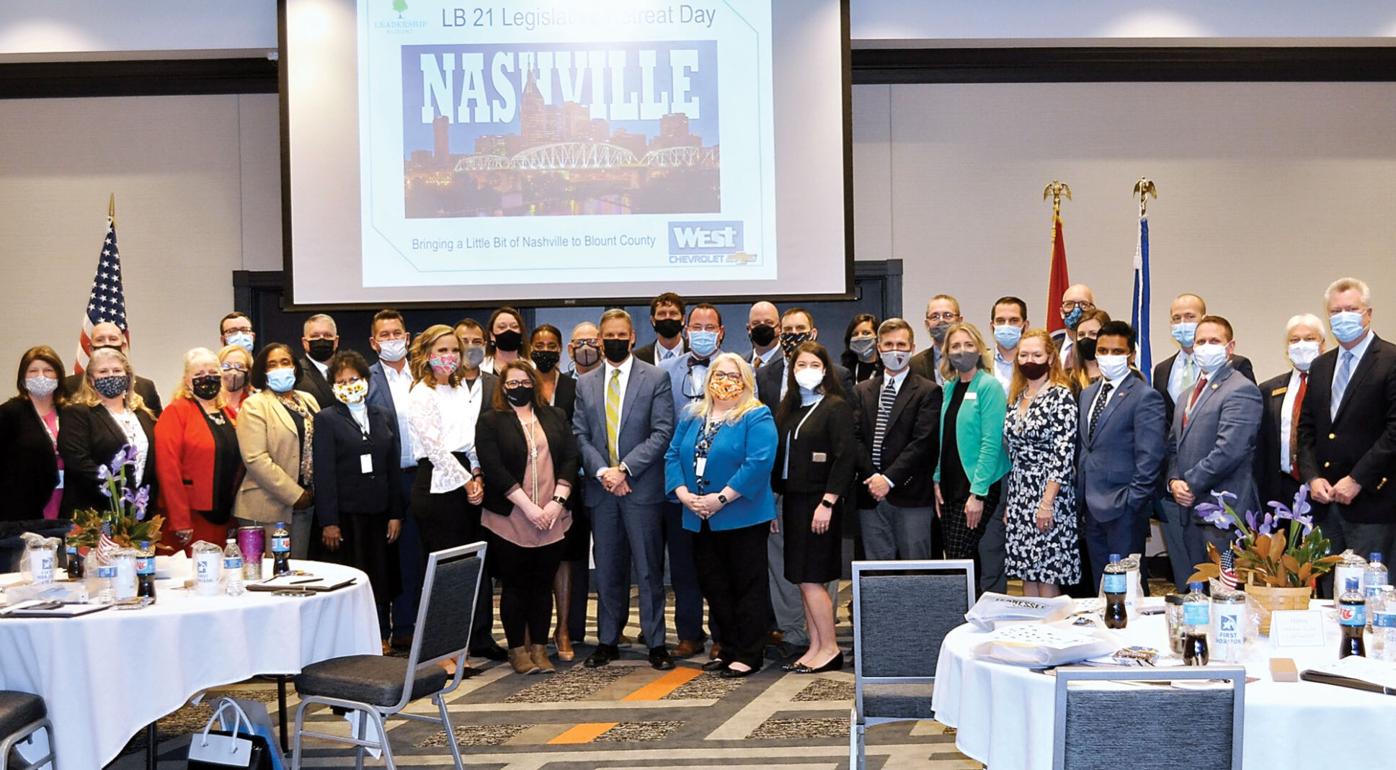 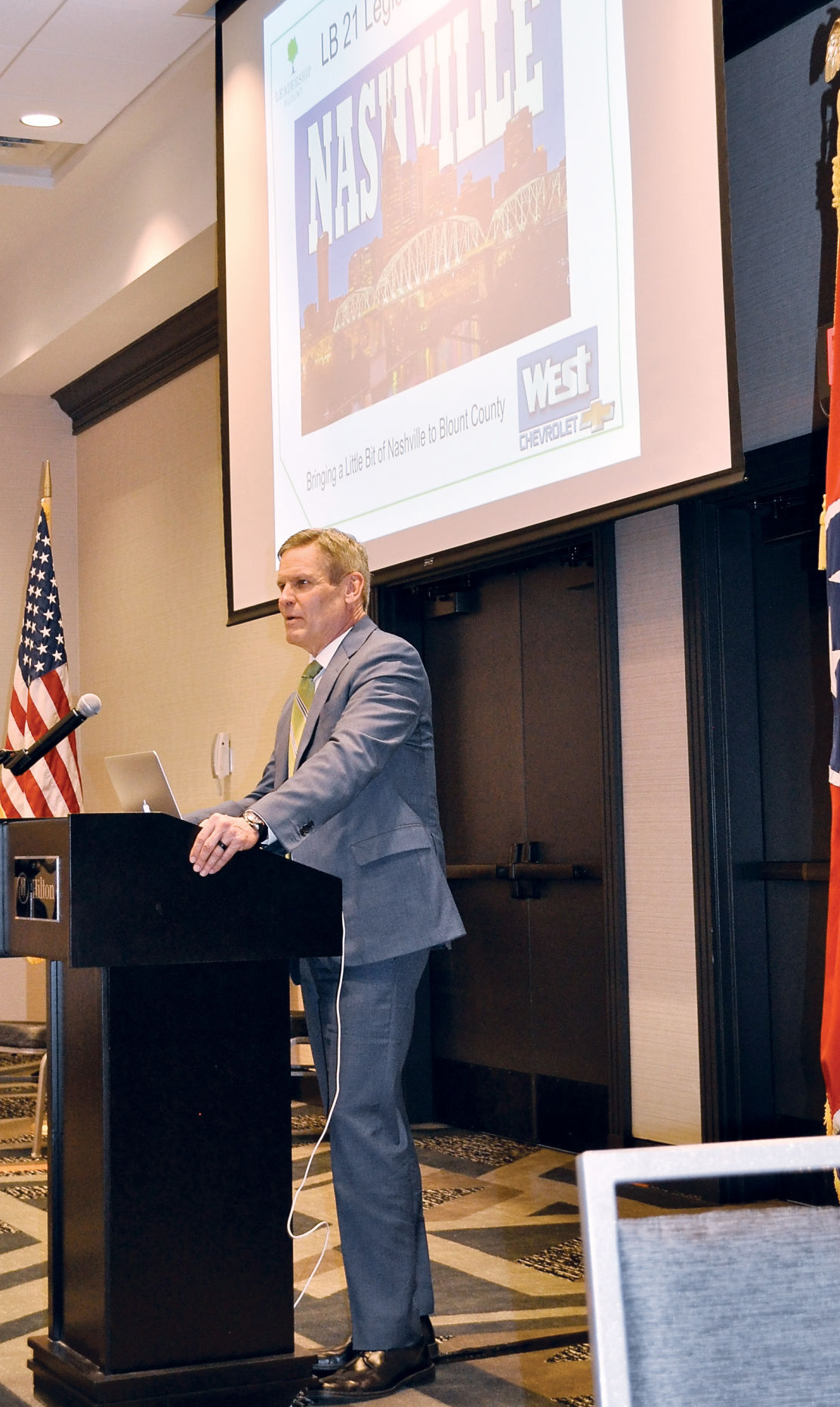 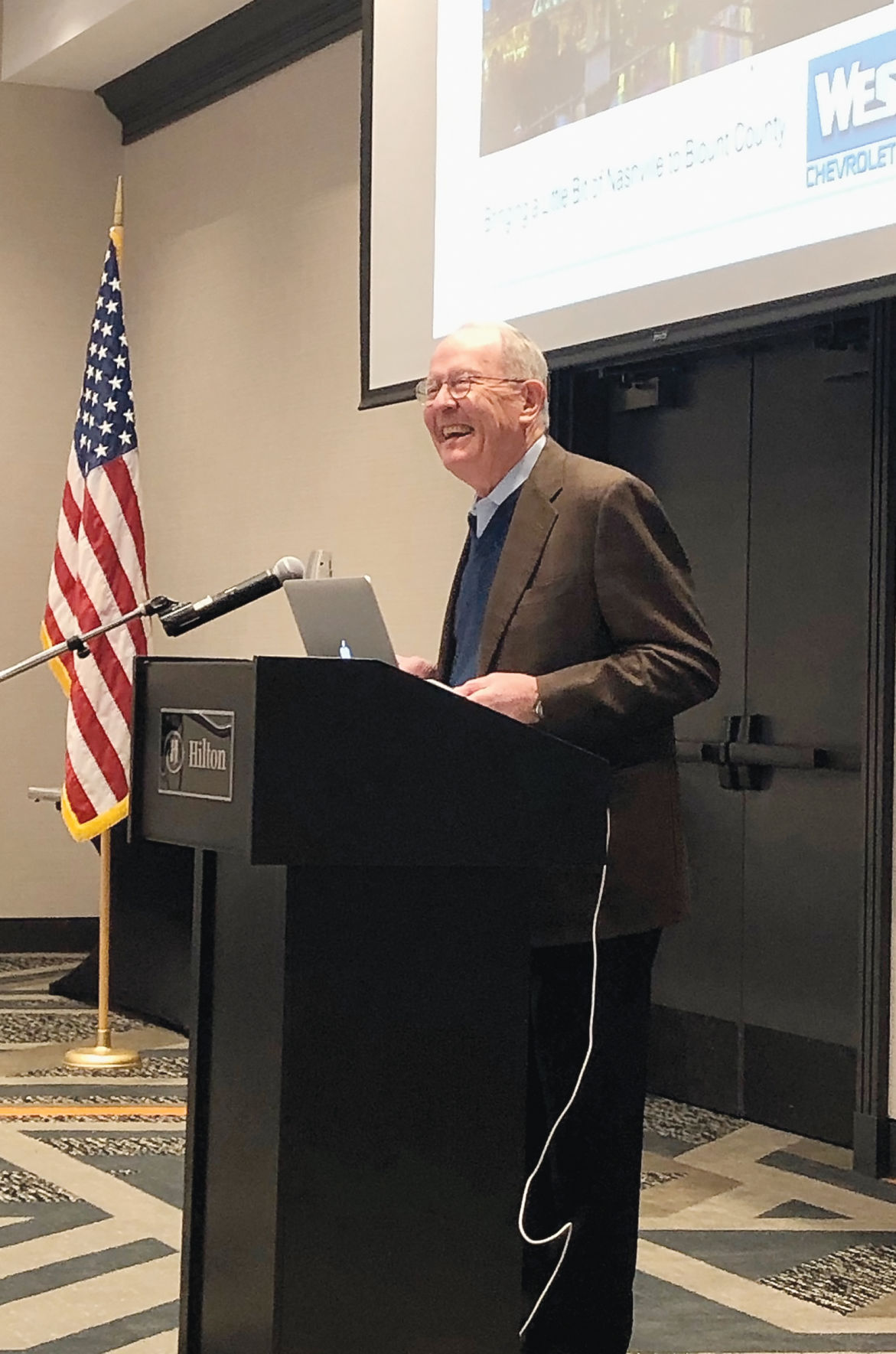 The retreat kicked off with Leadership Blount’s newest U.S. citizen, Abhijit Verekar, leading the class in the Pledge of Allegiance. The morning continued with a lesson in the legislative process taught by attorney and Leadership Blount alumni Jason Emert, who was followed by an animated history lesson led by Tennessee State Legislative Librarian Eddie Weeks.

With the legislative groundwork laid, the Class of 2021 then met with national and state elected officials.

Lt. Gov. Randy McNally recorded a special message for the class and recapped all that has happened in Nashville this past year and a look forward for the remainder of 2021.

Steve West, on behalf of presenting sponsor West Chevrolet, introduced both Alexander, a Maryville native, and current U.S. Rep. Tim Burchett, a Republican who represents Tennessee’s 2nd Congressional District. Both men relayed stories of leadership and issued challenges to the class to serve their community.

Blount Partnership President and CEO Bryan Daniels then introduced his longtime friend and Blount County native Allen Borden, who is the deputy commissioner of the Tennessee Department of Economic and Community Development. Borden explained his office’s role in assisting current businesses and recruiting new businesses such as the new Amazon distribution warehouse in Alcoa.

The class then stood as Blount County Mayor Ed Mitchell welcomed Lee, Tennessee’s 50th governor. He discussed critical issues facing the state and congratulated the class on its participation in Leadership Blount.

The retreat concluded with a question-and-answer session with the Blount County delegation of Sen. Art Swann and Reps. Jerome Moon and Bob Ramsey. They covered such topics as bills currently in committee, COVID-19 relief funds, and mental health concerns across the state.

Leadership Blount educates and aims to inspire current and emerging leaders to engage in active, lifelong service. A volunteer board of directors and an executive director oversee the development of curriculum and administration of the program, a 501(c)(3).