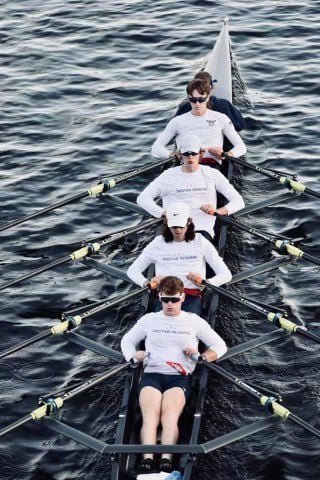 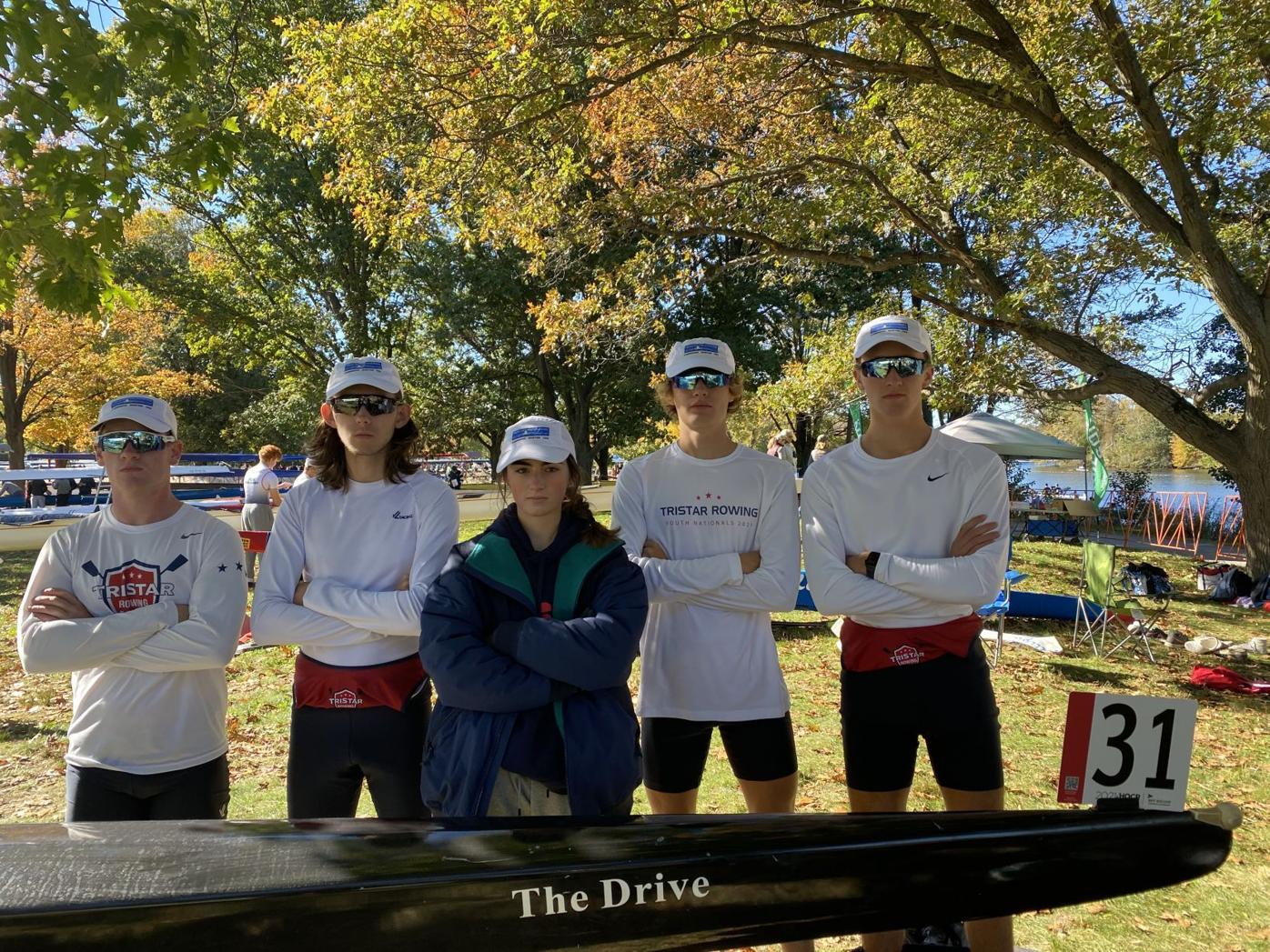 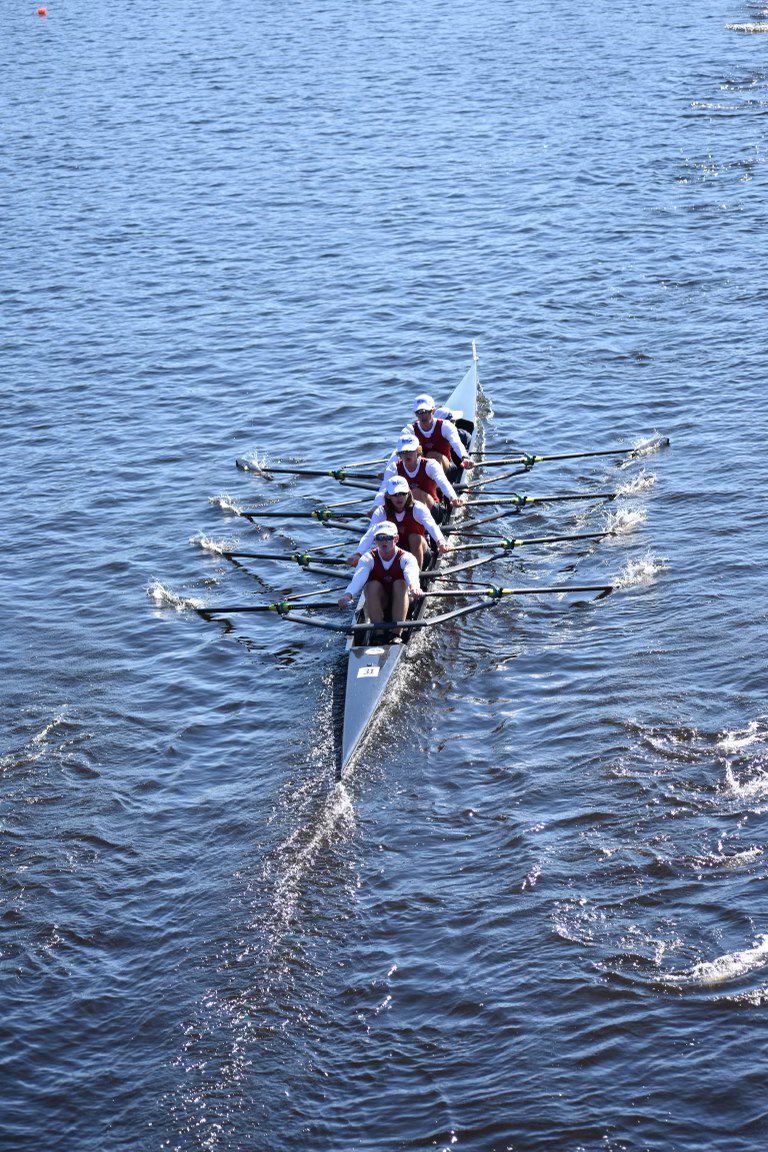 Connor Haines couldn’t believe what he was seeing.

As they rowed down the Charles River, thousands of spectators cheered Haines and his teammates, a surprising yet welcome sight for the TriStar Rowing crew.

“I don’t know how to describe it,” Haines said. “It was just crazy. I never knew there would be that many people that would come out and cheer us on as we moved down the Charles River. I believe there were about 250,000 spectators, which would be unheard of. It was something else.”

TriStar Rowing, a Louisville-based rowing club with about 85 members from local areas including Blount and Knox counties, competed at this year’s Head of the Charles Regatta race, held Oct. 22-24 on Massachusetts’ Charles River, which separates Boston and Cambridge.

The race, conceived in 1965, is the largest three-day regatta in the world, said Katie King, TriStar Rowing’s head coach. A Longwood, Florida, native and former rower at the University of Tennessee, she leads the club, which is just under three years old and offers programs for rowers ranging from elementary age to adults.

“We started from a group of parents that was really passionate about having the opportunity to row in the area,” King said. “They came together and founded the team and pulled me in to coach.”

In its first time competing at the Head of the Charles Regatta, TriStar Rowing finished 17th out of 48 spots — a monumental achievement for a young team that King said “performed up to that standard” of older programs based in areas where rowing is more popular.

Haines, a junior at Maryville High School who hopes to row in college, rowed alongside teammates and fellow high schoolers Rhyan Tolleson, Robby Underwood, Rawls Ward and Luke Peiper in the race.

“It was fantastic for us,” Haines said.

Their performance also guaranteed the club a bid for next year’s race; teams that have never before competed in the race have to submit a bid and receive entry via a lottery, but if they perform well enough while there, they receive guaranteed entry for the next edition.

“(It’s) really exciting for a program just under three years old that we’re able to not only go to these races, but really compete and be kind of in the mix of all that competition,” King said. “So it’s really exciting for where we’re at and encouraging for the future.”

It was also culture shock for an East Tennessee team not used to competing in rowing-eccentric communities.

“It was a really exciting trip,” King said. “It’s just not a really popular, known sport in Tennessee, so when we go to races that are a little bit more local, it’s very low key, it’s usually just family and friends there to support. When we went to Boston, all three miles down the river, the shore is lined with people. You can’t even get a spot to watch.

“So it was a great experience for them to be able to just feel that environment of so many people there to watch and cheer on. It was just a big difference from what we’re used to at some of our local, smaller races.”

King said about 70 of TriStar Rowing’s members are youth, but the club is hoping to expand its recently added master’s program for adults.

“We just want to keep seeing the numbers grow,” King said. “Our next goal is 100 (members), but really there is no limit to where we can go. We have great property. We have a lot of boats. So we are equipped to grow and expand and we just want to make rowing a little bit more known and popular in the area.

“There are so many opportunities; it’s one of the biggest scholarship sports and a lot of people aren’t aware of that. There are a lot of scholarships, mostly for women, in this sport. But aside from that, just the community and the teamwork, it’s just a really incredible sport for the kids to develop all of those skills.”

As for TriStar Rowing’s next appearance in the Head of the Charles Regatta?

“We will absolutely be going again with another crew next year,” King said.