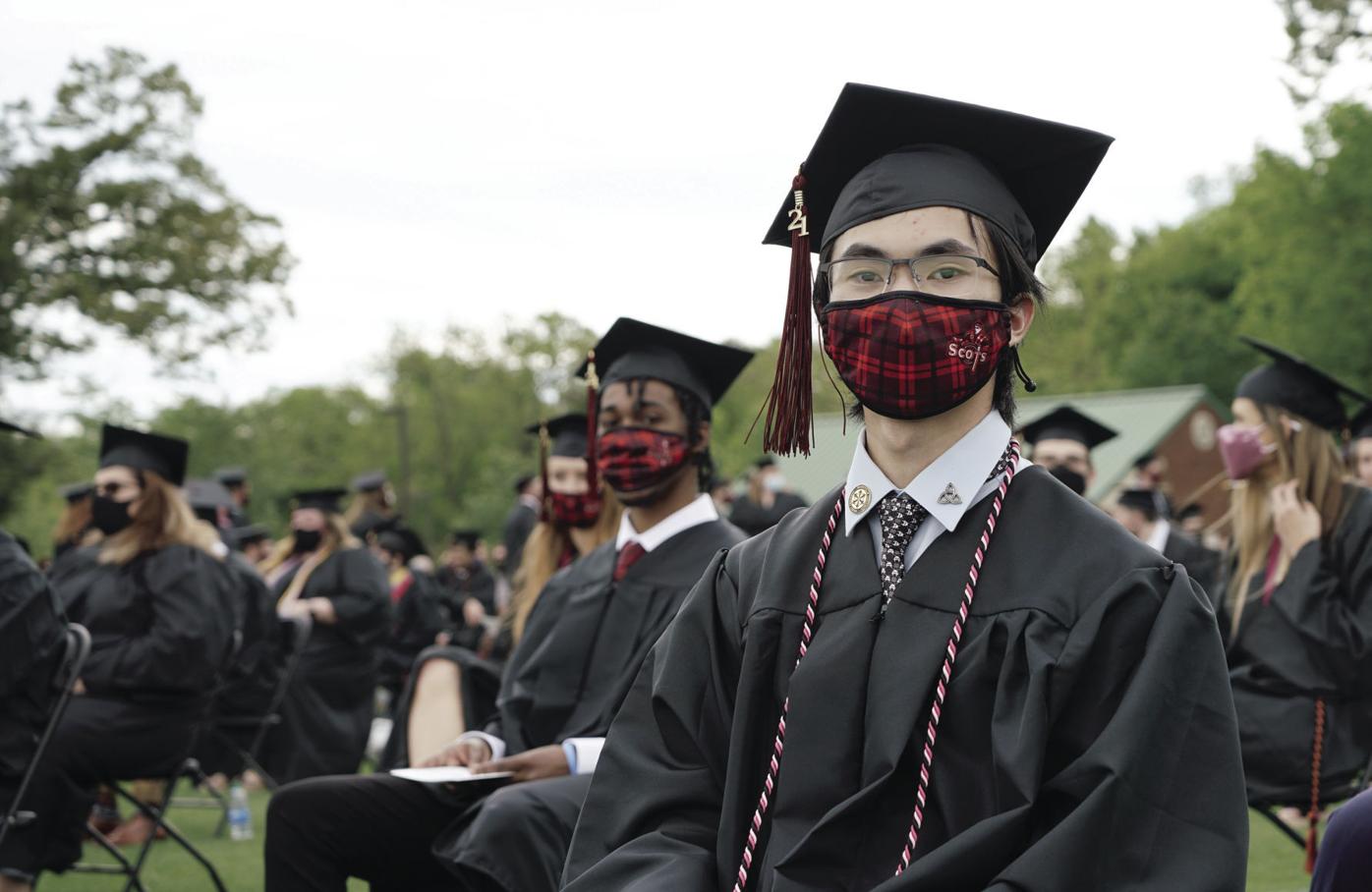 Students Jacob Brooks and Amon Johnson attend the commencement of Maryville College’s Class of 2021 on Sunday. 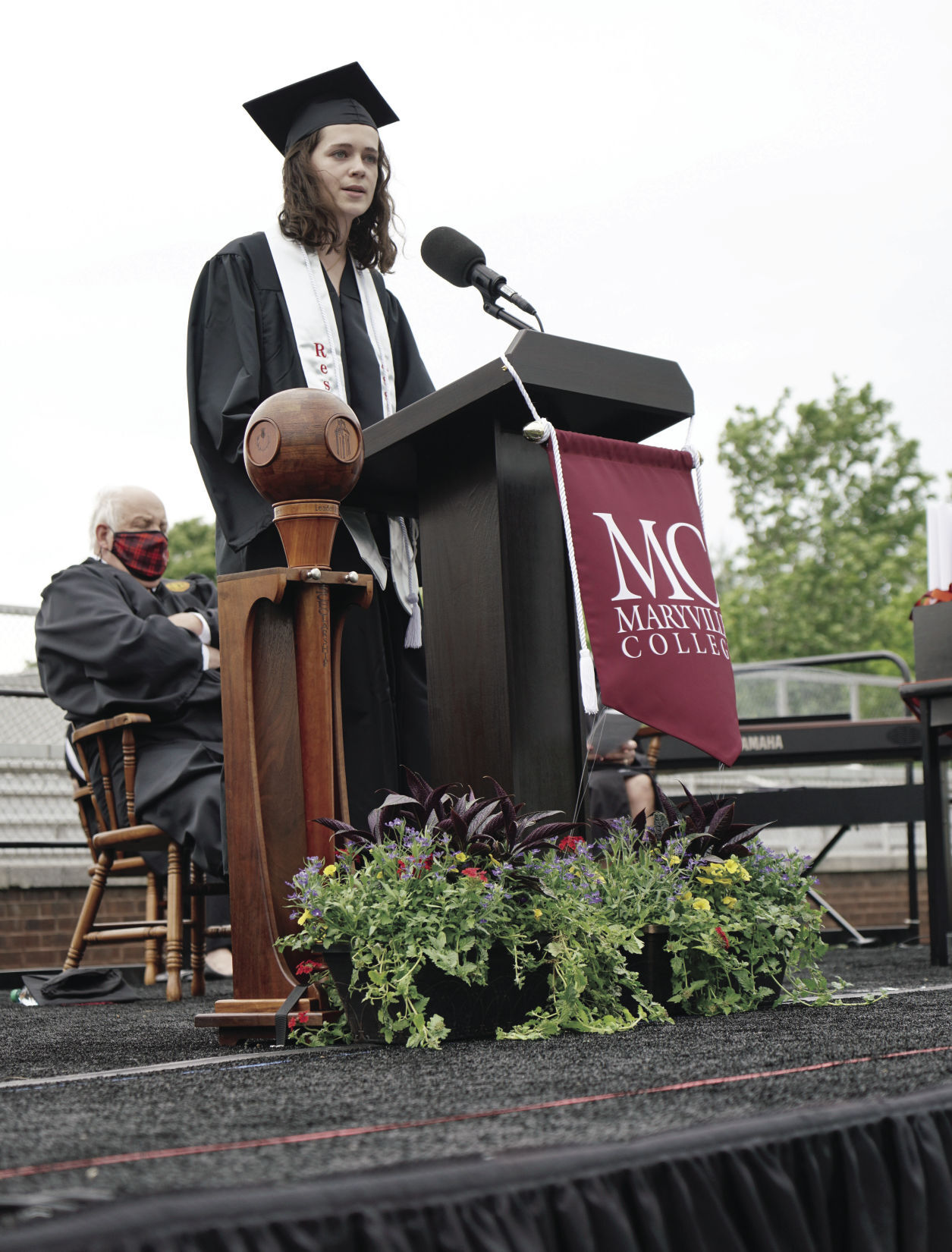 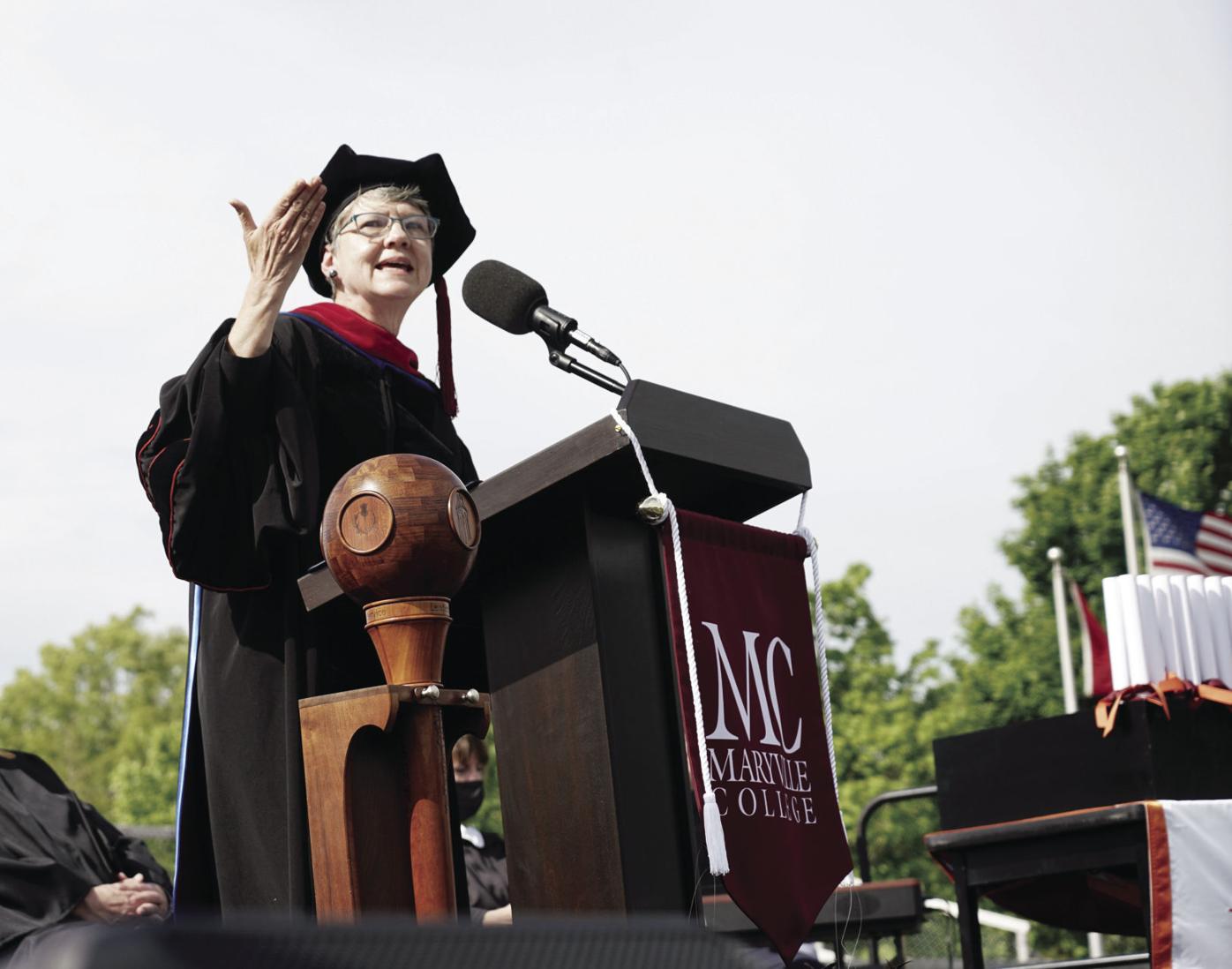 {p class=”p1”}{span class=”s1”}Maryville College Campus Minister the Rev. Anne McKee delivers the Benediction at the end of the ceremony on Sunday.{/span}{/p} 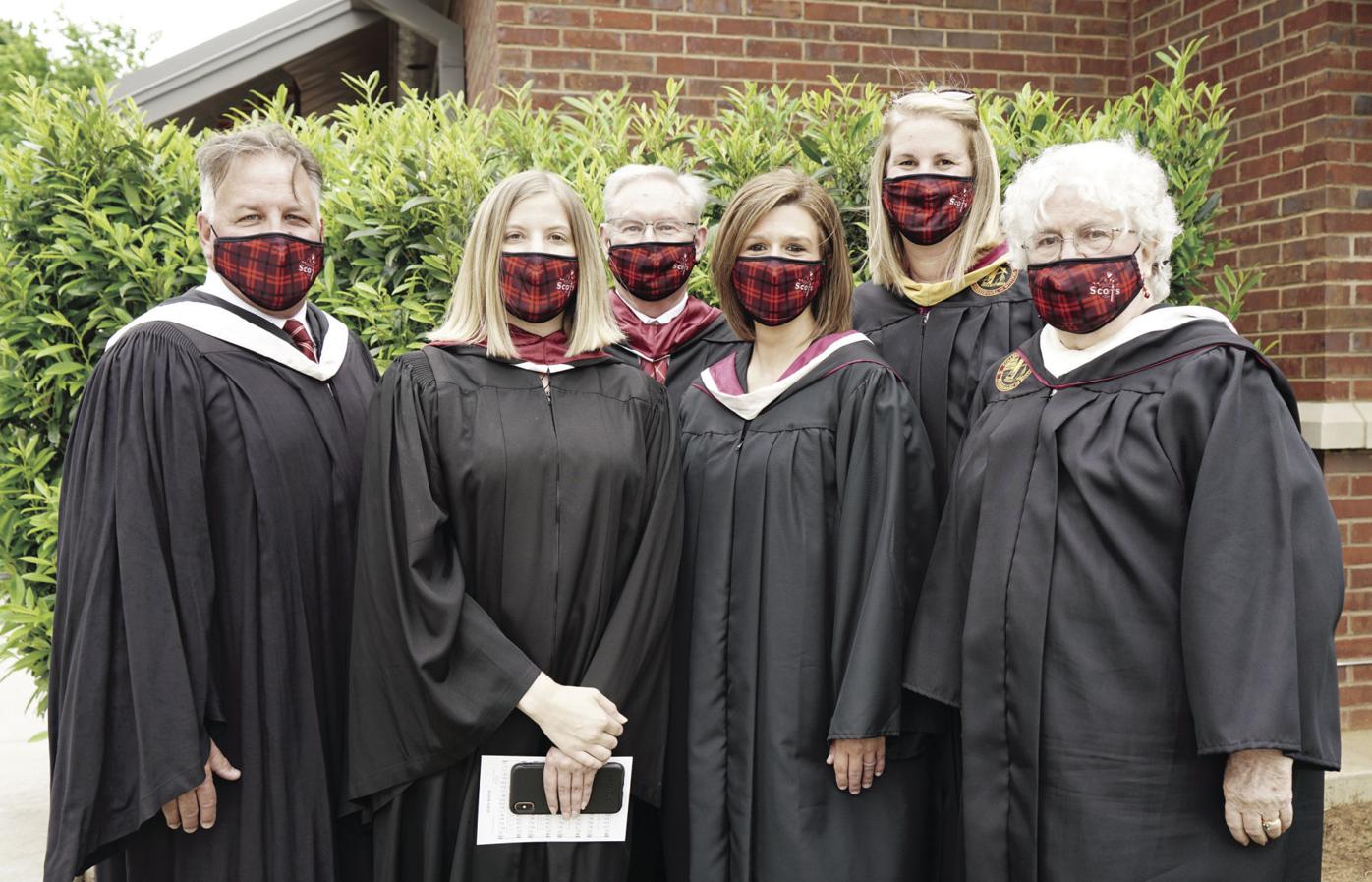 Students Jacob Brooks and Amon Johnson attend the commencement of Maryville College’s Class of 2021 on Sunday.

{p class=”p1”}{span class=”s1”}Maryville College Campus Minister the Rev. Anne McKee delivers the Benediction at the end of the ceremony on Sunday.{/span}{/p}

Maryville College started commencement for the Class of 2021 a few minutes early Sunday afternoon, May 9, with storm clouds over Honaker Field.

“We’re watching the weather today, and it’s going to be just fine,” President Bryan Coker assured the graduates and guests. “That’s what we’re saying, and we’re sticking to it.”

As Cassius M. Cash, superintendent of the Great Smoky Mountains National Park, spoke, a few raindrops fell, so Coker gave instructions to speed the delivery of diplomas, with graduates pausing briefly to pull down their face masks for a photo.

A light drizzle fell for about 10 minutes, and afterward Coker said, “I apologize for shoving you across the stage quickly.”

As the Rev. Anne McKee began her benediction, she noted that these graduates began their college studies the same year as a solar eclipse here. “You end your college journey in a different eclipse — and almost rainstorm,” she noted, as people waited for the light to return. “So go; be light in the world,” she told them.

On cue as the ceremony was ending, the sun burst through the clouds and began to shine brightly.

Coker noted in his introduction that he became the 12th president of Maryville College just a month before the pandemic hit last year. Although the college finally held commencement for the Class of 2020 the day before, May 8, he considers the Class of 2021 his first as president.

“You are — and will always be —a very special class in the storied history of Maryville College,” Coker said. When future students talk about how tough they had it, he imagines the alumni from the Class of 2021 saying, “Hold my beer.”

Their college years ended on the football field, with limited seating for family and friends, masks required and chairs spaced apart because of the pandemic.

Cash urged the graduates to be clear in their purpose but flexible in their path.

He was planning to be a doctor when he took a chance to interview with the U.S. Forestry Service for an internship his junior year in college. Today, May 10, marks 30 years of federal service in his career, helping people while wearing a green uniform instead of a white coat.

He was inspired by his father, a retired Memphis police officer who helped families when they couldn’t put food on the table, and his mother, a cosmetologist who styled wigs for children preparing for chemotherapy at St. Jude Children’s Research Center.

However, he noted that growth doesn’t happen in the comfort zone. “Being the first or the only is not a comfortable proposition,” said Cash, who is the first African American superintendent of the GSMNP.

The college presented Cash with an honorary Doctor of Humane Letters degree.

During the ceremony the college also recognized Kristin Riggsbee as Outstanding Teacher of the Year, an honor nominated by juniors and seniors. Vice President and Dean Daniel Klingensmith said Riggsbee has excelled at in-person and virtual teaching and will be assistant professor of health and wellness promotion in the fall.

The runner-up was biology professor Drew Crain, and Klingensmith said Crain’s passion for his subject is contagious.