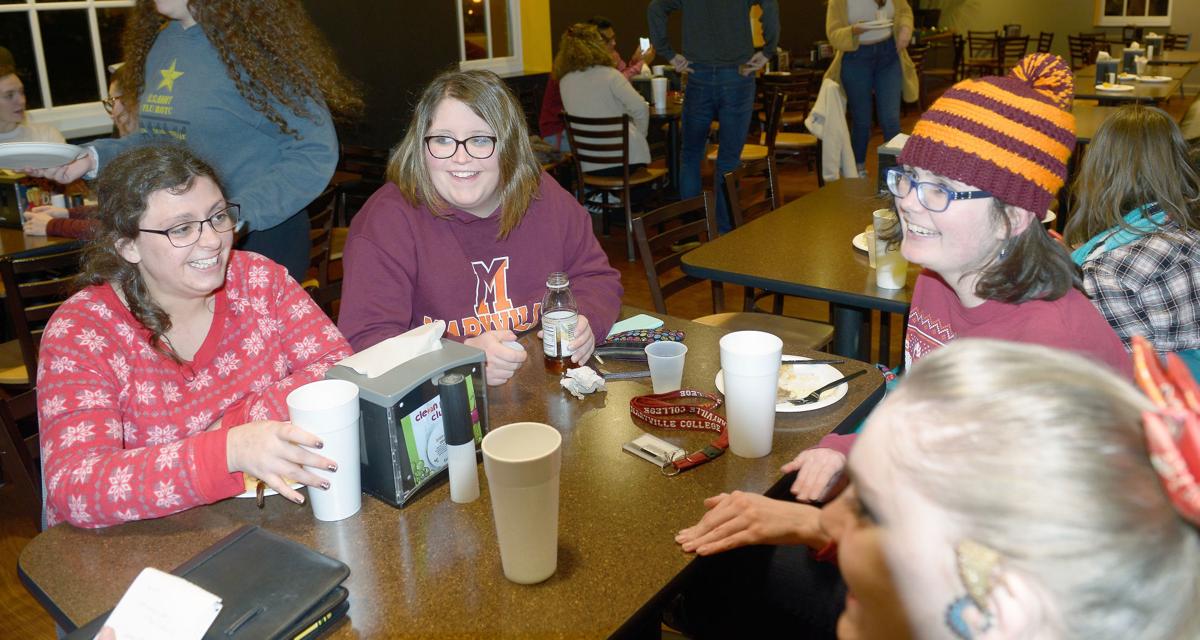 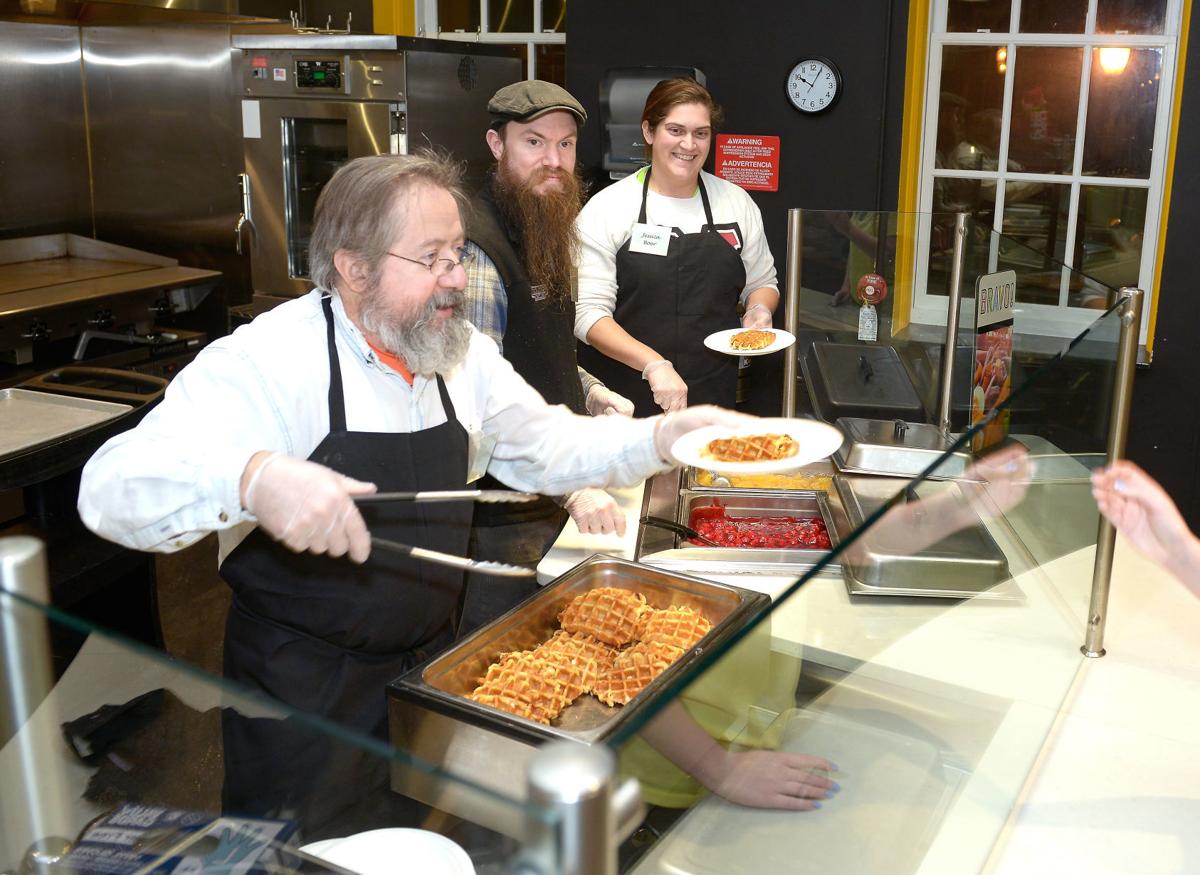 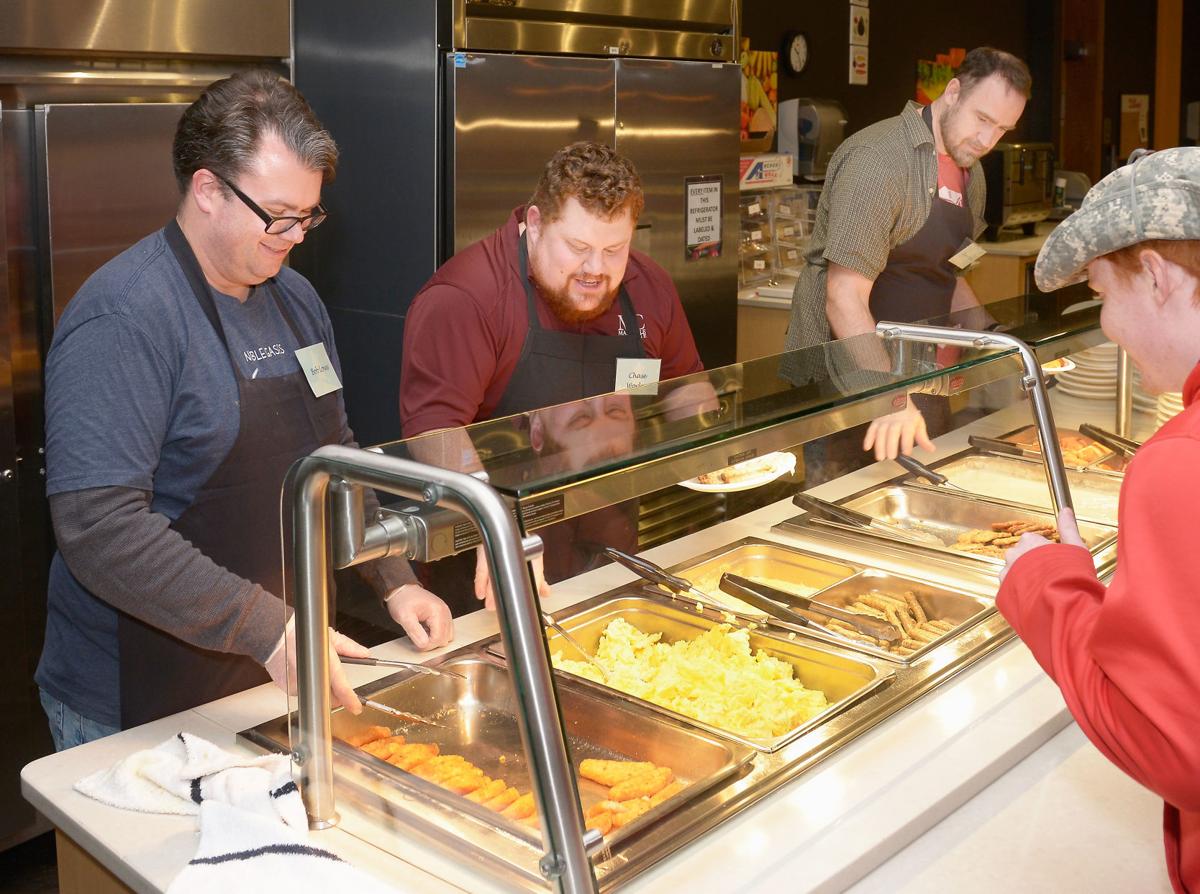 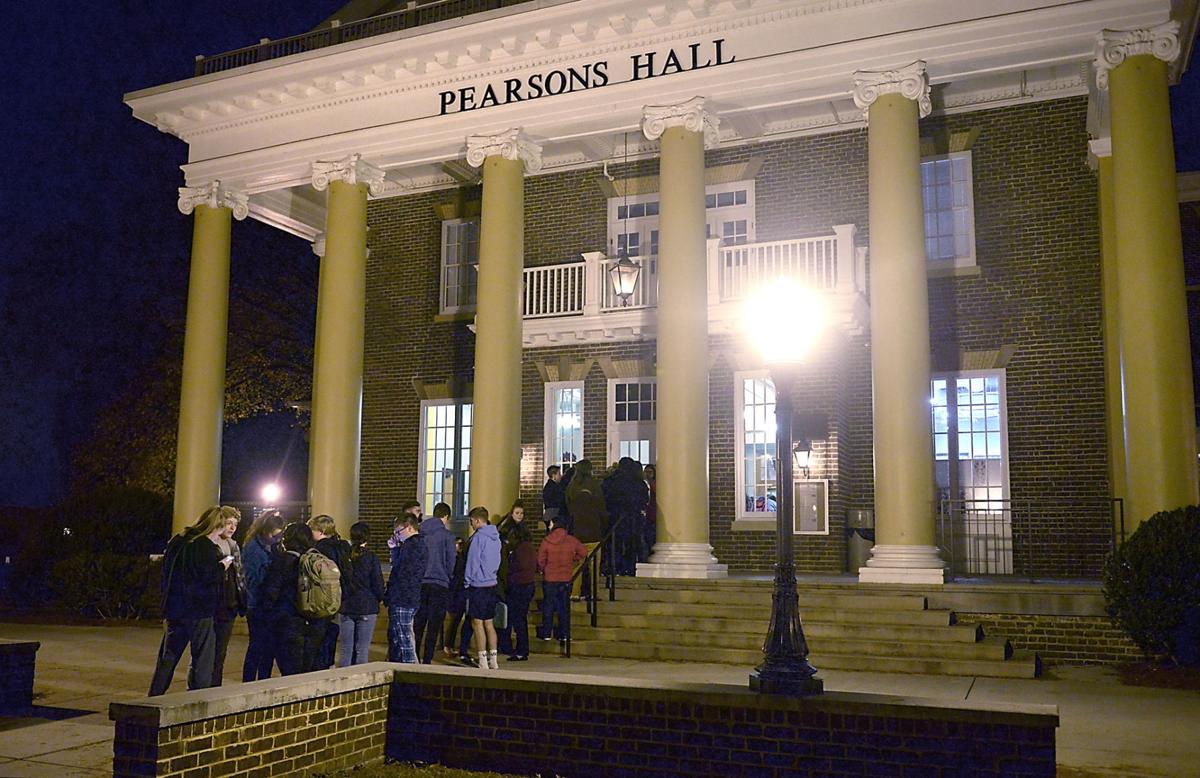 Students wait for the serving line to open at 10 p.m. Thursday for "Finals Breakfast" in Maryville College's Pearsons Hall.

Students wait for the serving line to open at 10 p.m. Thursday for "Finals Breakfast" in Maryville College's Pearsons Hall.

Free food served by faculty members lured a couple of hundred Maryville College students out in the cold Thursday night, lining up outside Pearsons Hall half an hour before the doors opened at 10 p.m.

“Finals Breakfast” is like Maryville College’s version of “Black Friday,” one student quipped.

With the college approaching its bicentennial, “Finals Breakfast” is a relatively new tradition, started within the past 20 years. The event began with student affairs staff and expanded to include faculty members, giving students a late-night break on their study day, before finals begin the following morning.

“It’s really important for our college community to show the students they aren’t on this journey alone,” said Melanie Tucker, vice president and dean of students.

It was a sentiment echoed by faculty members dishing up eggs, waffles, biscuits and more.

“I’ve always wanted to work in a restaurant, so I’m pretending,” Kathie Shiba, psychology professor and chair of the Division of Behavioral Sciences, said with a laugh.

The students work so hard that it’s important for them to know that the faculty cares about more than their exam grades, said Crystal Colter, also a psychology professor.

“I just love being with the students outside the classroom,” said Dan Ross, associate professor of mathematics, who was on biscuits-and-gravy duty during his ninth year serving at Finals Breakfast.

Chase Worley, scooping up scrambled eggs beside Ross, has seen the camaraderie of Finals Night from both sides, as a student before his graduation in 2011 and now as a visiting lecturer in mathematics.

Although Finals Breakfast also is held at the end of the spring semester, the December event has an added festive air as many faculty and staff members don holiday sweaters and hats. Colter had Santas bobbing atop her head from a headband Thursday night.

The event is as much about the fellowship asfood.

Finals Breakfast was one way Krista Jeffers, Lindsey Lively, Katie Segraves and Kayce Collins became friends. There’s always opportunity for the tradition to evolve, too — this year Jeffers donned a new pair of penguin slippers for the walk to the dining hall.

Seniors Cassidy Mahan and Jane Delozier said they already had turned in their papers and had no finals to study for this semester, but that was no reason to miss Finals Breakfast with their friends.