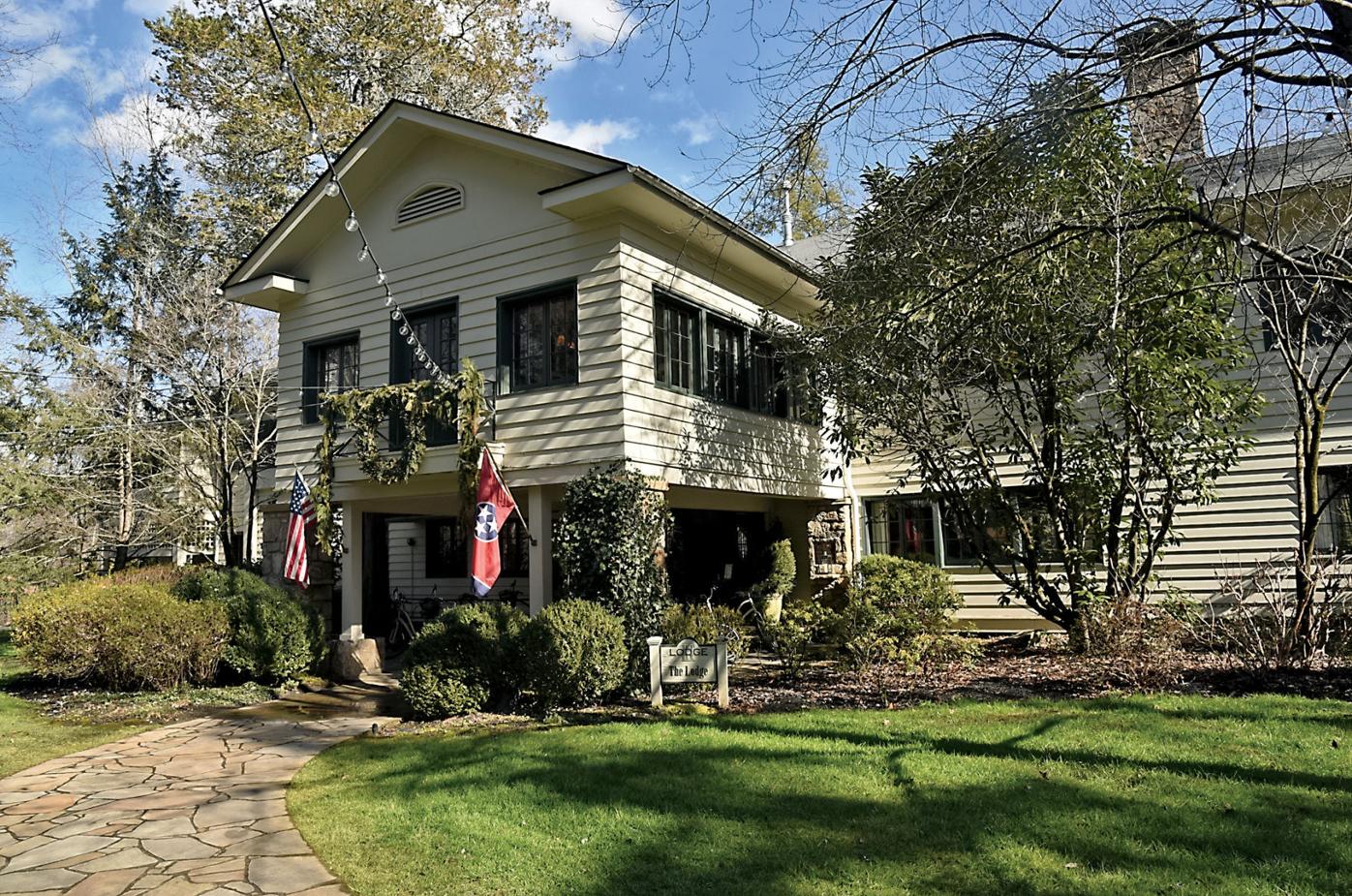 Susan Wiley Walker, sister-in-law to the chaplain of Maryville College in the 1930s, built a home she called “Morningside” in the College Woods. Upon her death it was willed to the college, which leased it to Ruby Tuesday in 1997. That long-term lease is now part of the company’s bankruptcy proceedings. 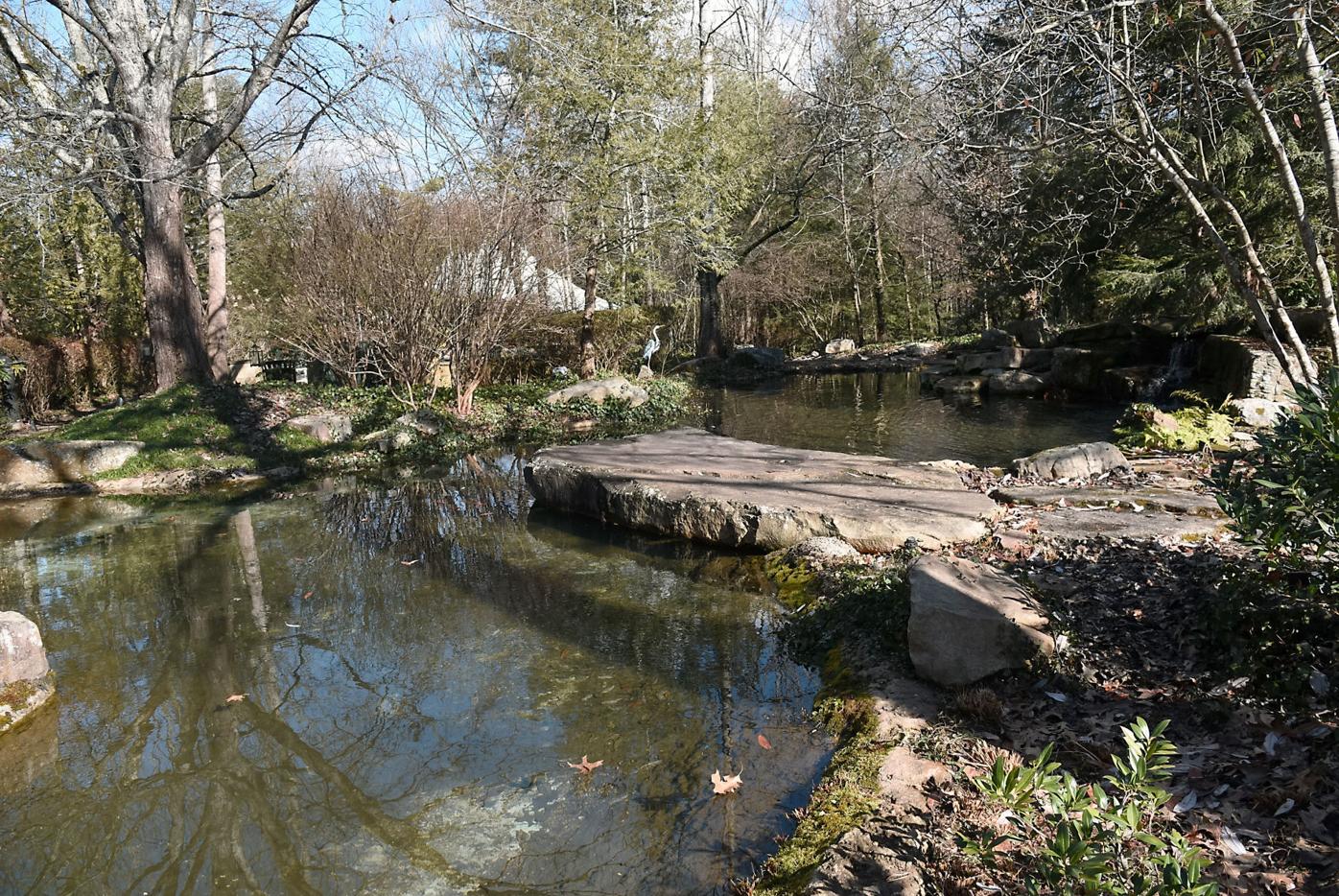 The view of a pond area behind RT Lodge includes an event tent in the background. 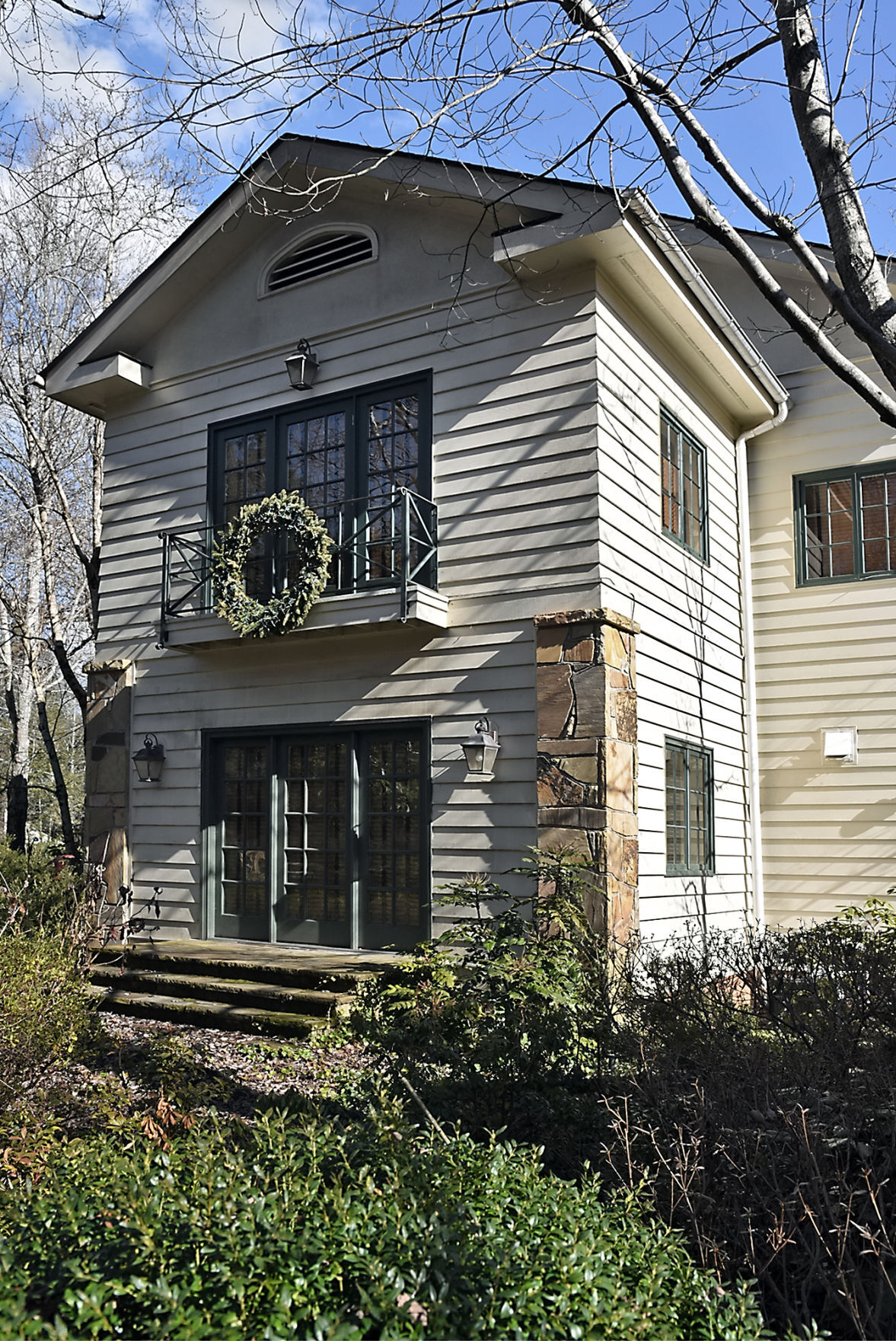 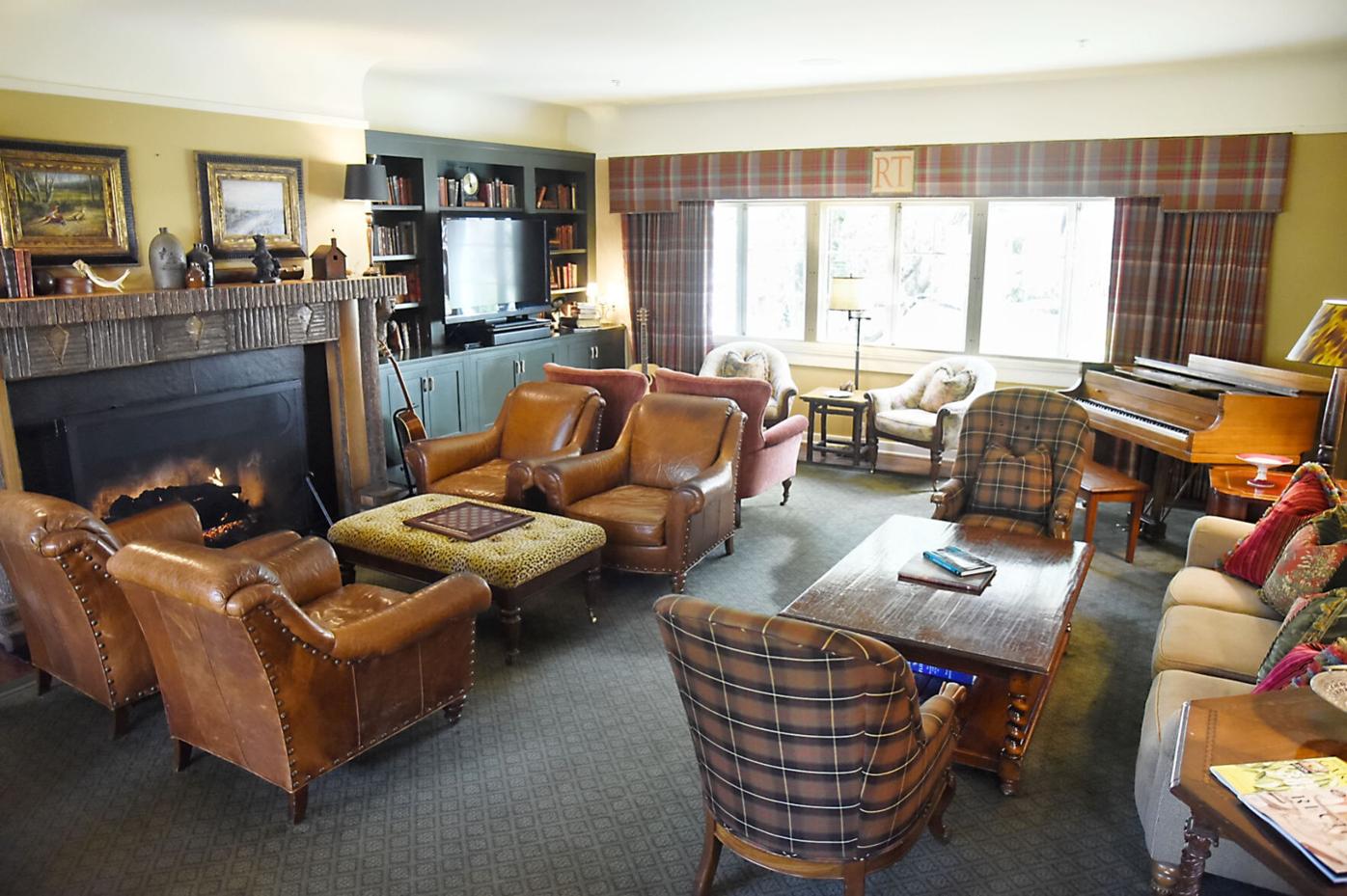 A living room area provides a comfortable place to relax at RT Lodge. 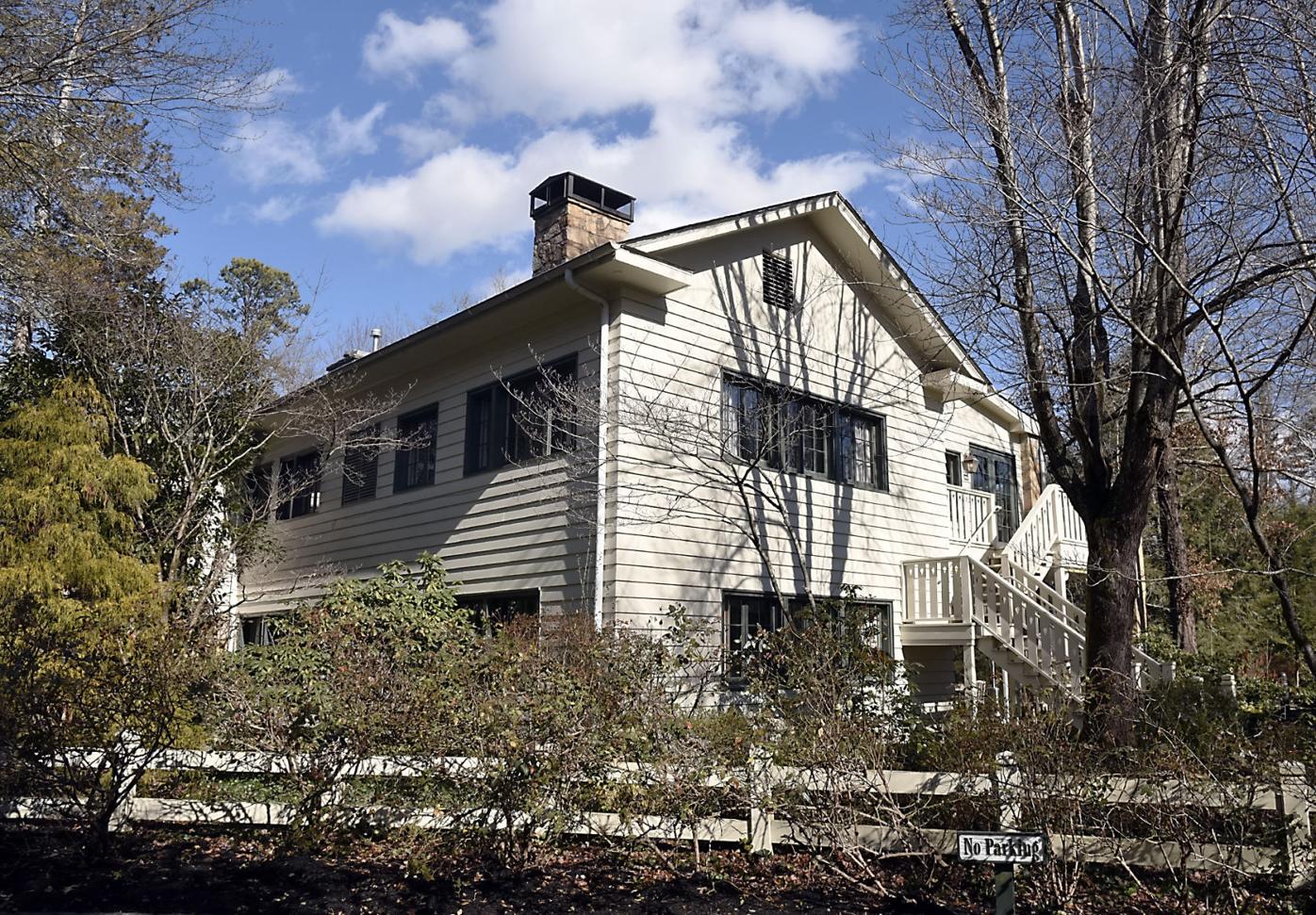 The dining facility at RT Lodge. 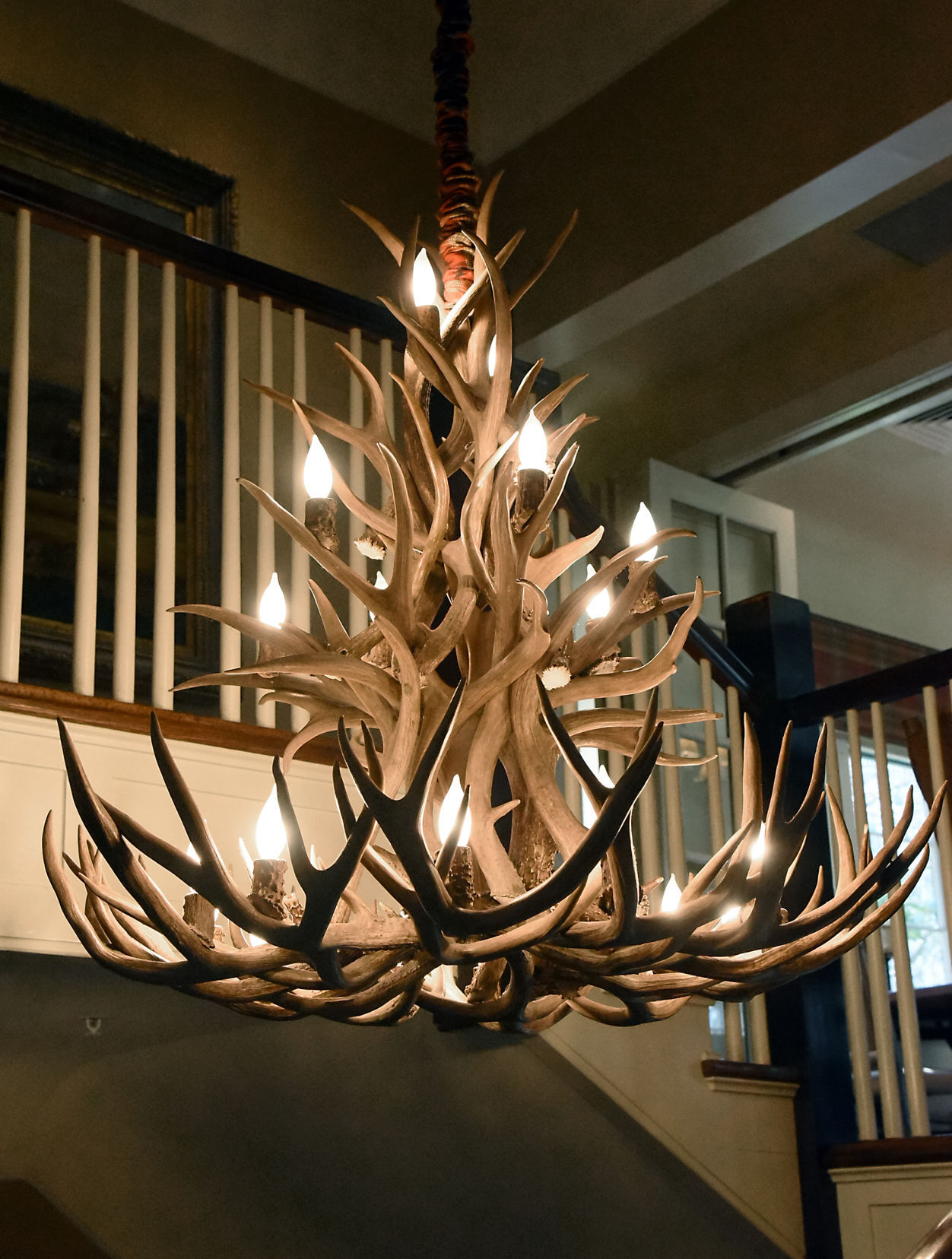 An antler chandelier hangs above the staircase at RT Lodge.

Susan Wiley Walker, sister-in-law to the chaplain of Maryville College in the 1930s, built a home she called “Morningside” in the College Woods. Upon her death it was willed to the college, which leased it to Ruby Tuesday in 1997. That long-term lease is now part of the company’s bankruptcy proceedings.

The view of a pond area behind RT Lodge includes an event tent in the background.

A living room area provides a comfortable place to relax at RT Lodge.

The dining facility at RT Lodge.

An antler chandelier hangs above the staircase at RT Lodge.

For Maryville College, the 7-acre RT Lodge is part of its history. For the global investment banking firm Goldman Sachs, it’s a $5.3 million asset in the bankruptcy filing of Ruby Tuesday restaurants.

Ultimately a court could decide the lodge’s fate.

Nestled among the 140-acre Maryville College Woods, the original part of the lodge was built in the 1930s and later donated to the college.

In 1997, Ruby Tuesday signed a long-term lease with the college, which according to court documents is scheduled to expire Dec. 31, 2070. The company renovated the house and gardens and added two guest buildings for what initially served as its corporate training facility. In recent years, RT Lodge has served as a retreat center, wedding venue and restaurant, with 58 bedrooms and indoor/outdoor seating for about 120.

A deal to transfer RT Lodge to a new hotel and restaurant management firm already was underway when Ruby Tuesday announced last October it was filing for restructuring under Chapter 11 of the Bankruptcy Code.

As part of the bankruptcy case, Goldman Sachs as a lender to Ruby Tuesday has valued the lease at $5.3 million and could acquire it under the Chapter 11 reorganization, but Maryville College is preparing for a legal fight to retain control of the property.

“We’re watching things really closely,” Maryville College President Bryan Coker said in an interview this month. “There’s a chance that the bankruptcy court could reassign the lease to Goldman Sachs. Obviously we’re extremely unhappy about that.”

Coker defines his hope for the property in three words: small, historic and local.

“For us, we’re looking for a steward of that property,” Coker said.

“We also want someone who hopefully will keep the existing team in place over there,” the college president said, referring to RT Lodge General Manager Gary Doyle as a treasure. “He is an amazing partner for Maryville College, and Gary is an amazing steward of that property.”

“There’s a lot of local flavor and talent back there,” he said of the RT Lodge, which is continuing to operate.

In early 2020, a broker approached Nashville-based Oliver Hospitality about taking over the lease from Ruby Tuesday. The company already has a presence in Knoxville, with the Oliver Hotel and as a partner with the Tupelo Honey restaurant.

Oliver Hospitality sees RT Lodge as complementary to its business in the area, with an opportunity to build on the existing corporate retreat and weekend wedding business, according to Philip Welker, co-managing partner and acquisitions leader for the company. The ideas include partnering with the Mountain Challenge operation on the college campus to create a wellness retreat and stay-cation destination, he explained.

The college is supposed to approve any reassignment of the lease, and Coker said then-President Tom Bogart indicated the college would approve that sale.

Oliver Hospitality signed a contract in mid-March, just as COVID-19 hit, Welker recalled. “We put pencils down with Ruby Tuesday for a couple months through the summer,” he said. In August they went back to contract with a Knoxville-based lender, but the sale did not go through because of the bankruptcy.

That left Oliver Hospitality filing a bid through the bankruptcy case last week for the lease it already had prepared to buy.

Coker said representatives for Goldman Sachs and Crescent Hotels and Resorts contacted him about their interest in RT Lodge shortly after he took office in July.

He and the college’s chief financial officer looked at the portfolio of the property management firm, which includes Marriott, Hilton and Hyatt brands as well as its Latitudes line, and decided it would not be a good fit for the college.

“I said no, we would not approve reassignment of the lease to Crescent,” Coker said. Having the lease under Goldman Sachs with Crescent as the property manager, “is not compatible with our vision for this property.”

The college also has support from the local business community, according to Bryan Daniels, president and CEO of the Blount Partnership.

“We fully support Bryan Coker’s position and the college’s stance on the future of RT Lodge,” Daniels said. “They would not want to see RT Lodge turn into a chain or under a flag.”

The Daily Times reached out to representatives from Goldman Sachs and Crescent Hotels and Resorts for comment on the situation.

A spokeswoman for Goldman Sachs replied, “We recognize and are committed to preserving the character, historical significance and the community of Maryville’s interests in RT Lodge.”

Coker said the sale to Oliver Hospitality could have closed in October, but as the debt holder for Ruby Tuesday, Goldman Sachs did not approve of the lease reassignment. “It’s now completely in the hands of a bankruptcy court in Delaware.”

“There’s questionable ethics in my opinion in the fact that the holder of the debt would not approve a sale because they want it for themselves,” he said.

Coker noted that the sale of the Ruby Tuesday headquarters on East Broadway Avenue in Maryville is proceeding.

The U.S. Bankruptcy Court for the District of Delaware approved allowing that sale to Massey Properties LLC to go forward with an order on Jan. 4. Attempts by The Daily Times to reach a representative for Massey were unsuccessful. A real estate listing for the property at 333 E. Broadway Ave in Maryville lists the 61,504-square-foot building for sale at a price of $3.2 million, with “Sale Pending.”

While Goldman Sachs put in a bid for the RT Lodge lease at $5.3 million, Coker sees the price as more realistically in the range of $3 million to $4 million, making it unlikely anyone will offer $5.3 million when the court reviews the bids.

“We’ve got our attorneys looking at every option,” Coker said. “We want to continue to rightfully control who the steward of that property is, and we think it’s just inherently wrong that it could be reassigned against our wishes.”

While the college could be interested in terminating the existing lease, Coker said that option is complicated by the bankruptcy.

In a letter this week to the college community detailing the situation, he noted that Oliver Hospitality remains interested in the property, and in recent weeks another “local entity” has approached the college about the lease and “we believe this group would also be a good partner and steward of the property. Thus, we are hopeful that one of these entities of which we approve is ultimately successful in acquiring the lease.”

1932: Susan Wiley Walker visits from Pittsburgh and decides to build a home near her sister, wife of the Maryville College chaplain, who lives in what is now the House in the Woods. Walker designed the 26-room home and gardens she called Morningside, with the understanding it would belong to the college after her death. She died in 1950 at the age of 98.

1951-76: Morningside serves as the residence for Maryville College presidents.

1997: Ruby Tuesday signs a long-term lease on the 7-acre tract and opens its company training facility there in 1998. The company renovated the building and gardens and added two guest buildings.

2016: RT Lodge opens to the public for dinner, in addition to hosting events.

Good job, Amy Beth! I remember going to a dinner event at House in the Woods long before RT got involved. I had no idea RT's lease extended to 2070!