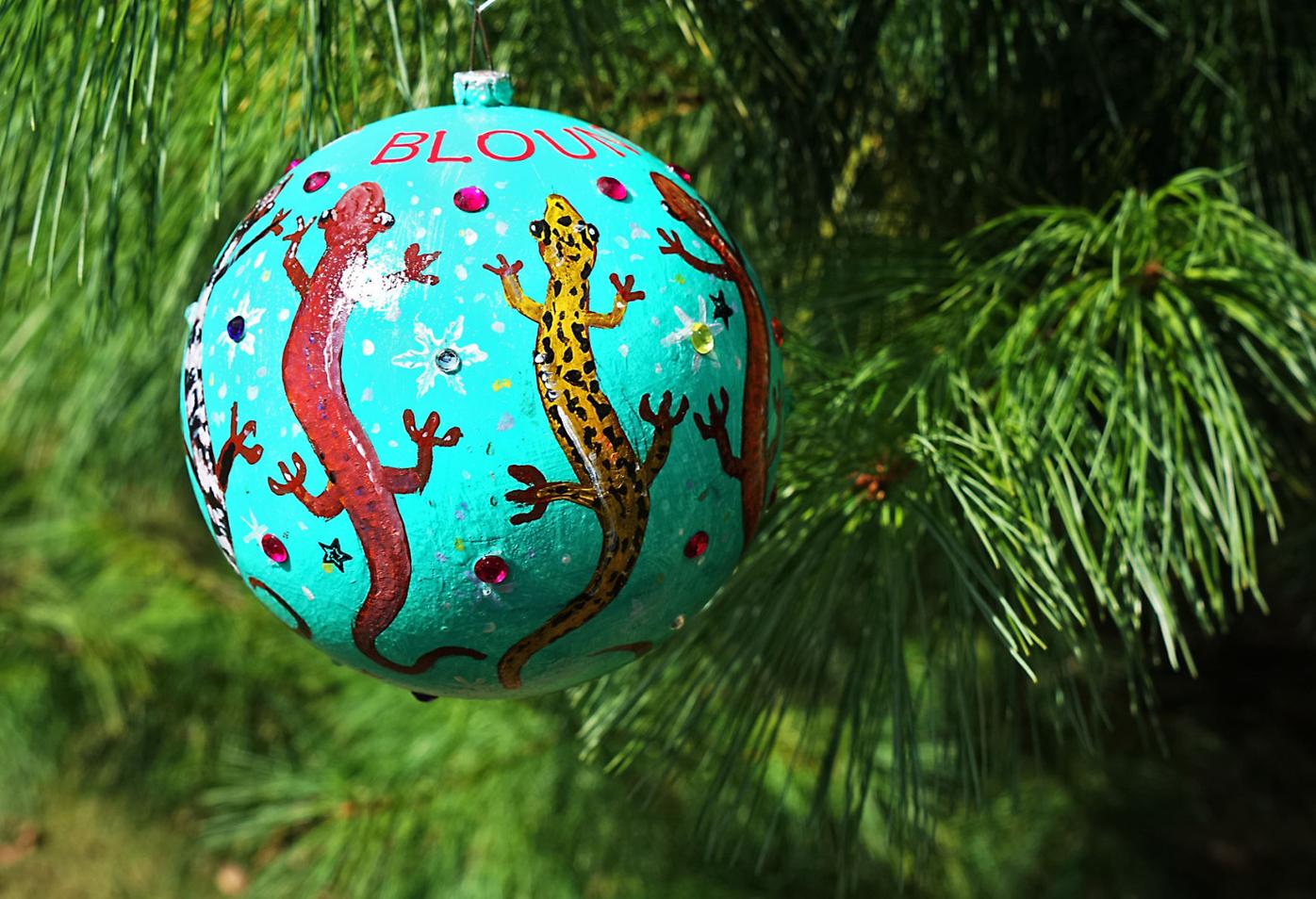 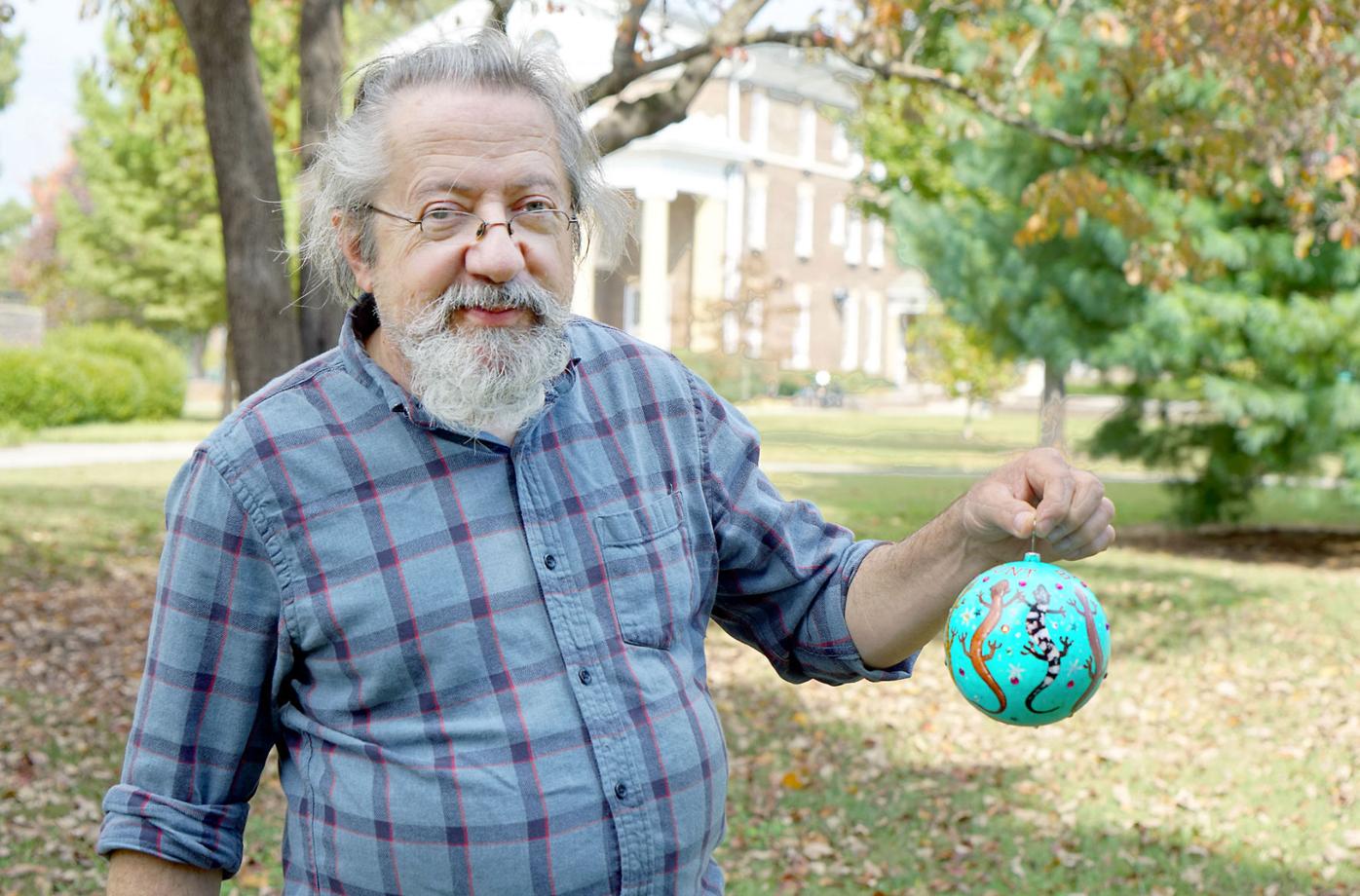 Artist Carl Gombert created an ornament representing Blount County that is on display in the governor’s Nashville residence during the holiday season. First lady Maria Lee commissioned an ornament from one artist in each of Tennessee’s 95 counties. 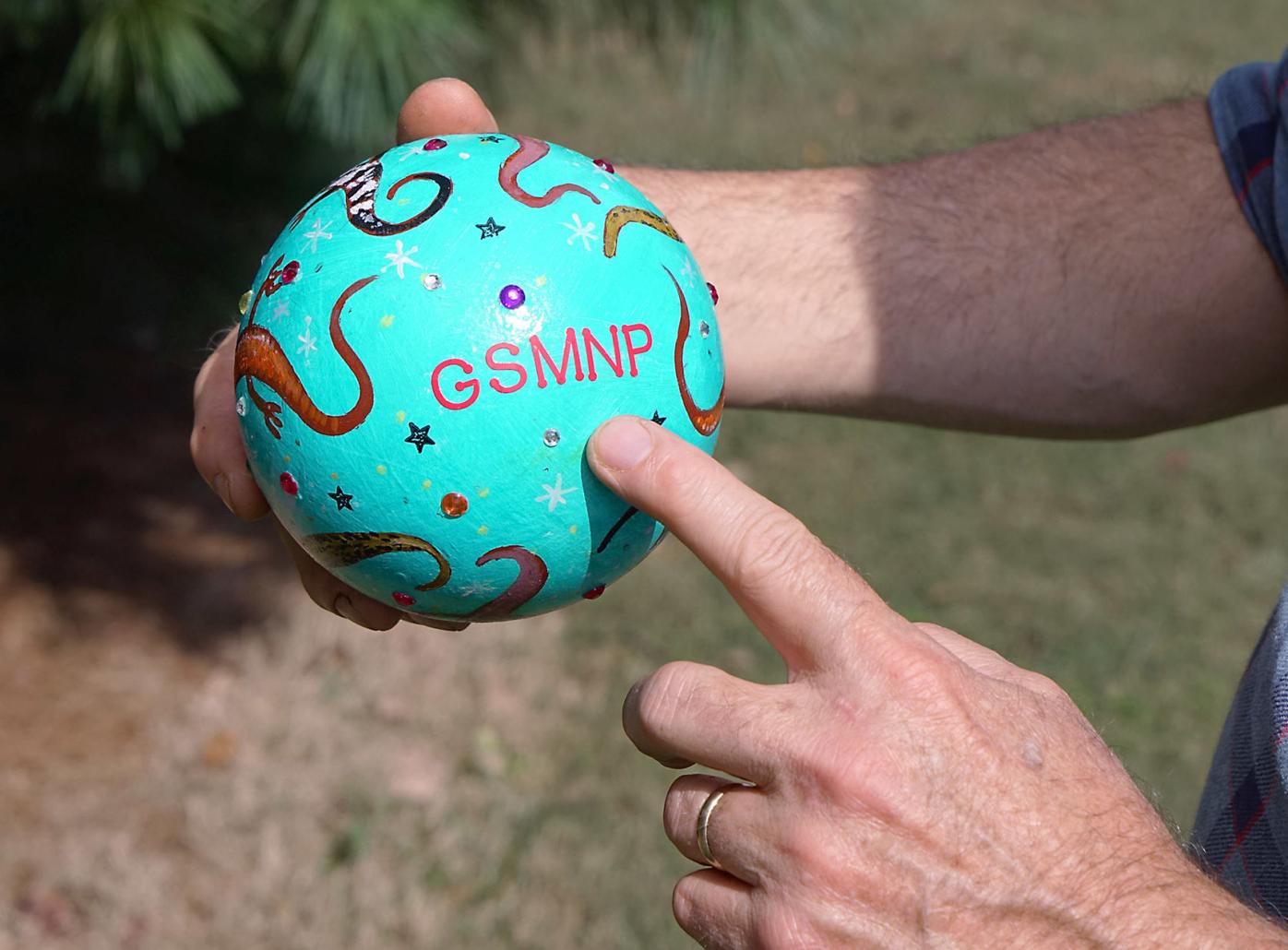 Carl Gombert, an art professor at Maryville College, shows his reference to the Great Smoky Mountain National Park on an ornament representing Blount County. Gombert was one of 95 artists from counties across the state commissioned to create ornaments for the governor's residence this year.

Artist Carl Gombert created an ornament representing Blount County that is on display in the governor’s Nashville residence during the holiday season. First lady Maria Lee commissioned an ornament from one artist in each of Tennessee’s 95 counties.

Carl Gombert, an art professor at Maryville College, shows his reference to the Great Smoky Mountain National Park on an ornament representing Blount County. Gombert was one of 95 artists from counties across the state commissioned to create ornaments for the governor's residence this year.

What do dancing salamanders, Blount County and Christmas have in common?

They’re all elements in an ornament design created by Maryville College professor of art Carl Gombert for the Tennessee County Ornament Project 2020.

The project, commissioned by Tennessee first lady Maria Lee, puts decorations created by artists from each of the state’s 95 counties on display in the governor’s residence in Nashville during the holiday season.

The Tennessee Arts Commission recommended artists from each county including Gombert, whose work has been exhibited in more than 300 shows and is included in numerous museums and public collections.

“I would tell my students that sometimes it’s worth paying attention and reading those emails from people you don’t know,” Gombert said. “Several months ago, I got an email from the governor’s office, asking if I would be willing to be the Blount County artist for the Christmas ornament project at the governor’s mansion. They’ve had this project for several years, but the first lady is updating the project. She’s soliciting artists from all 95 counties in Tennessee to create a one-of-a-kind Christmas ornament celebrating each county.”

Each artist received a round, unpainted ornament and was invited to take creative liberty in decorating their county’s ornament. Gombert said the only restrictions were that the name of the county had to be included, and the imagery, design or decoration should highlight a key feature or significant aspect about the county.

“For Blount County, I thought there were a lot of obvious choices — I could have picked particular historical landmarks or scenery or famous individuals, but I was really intrigued by the fact that a significant portion the Great Smoky Mountains National Park is in Blount County,” Gombert said. “One of the cool features of the park is the salamander diversity there. I just thought, ‘Why not celebrate them and have little dancing Christmas salamanders on the Blount County ornament?’ So that’s what I did.”

Before starting the project, Gombert consulted with Drew Crain, Maryville College professor of biology, who provided a list of “some of the more visually interesting” salamanders found in the area: the long-tailed salamander, marbled salamander, spring salamander and southern red-backed salamander. Gombert painted the ornament a bluish green color and then painted eight “festive holiday” salamanders, based on the four types of salamanders on Crain’s list.

He also “blinged it up” with fake jewels, snowflakes and sparkly paint. “Blount County” is spelled out in red lettering at the top, and “GSMNP” is on the bottom of the ornament, as a nod to the national park.

Gombert mailed the ornament to the first lady’s staff in October, and the ornament is now on display in the governor’s mansion in Nashville.

“It’s a real honor to be selected for this — there are dozens and dozens of artists in Blount County and across the state,” said the professor, who is in his 27th year teaching painting, drawing and art history at the college.

“I’m particularly intrigued by this because I’m at an age where one of the real selling points is that is a thing that I’ve never done before. I’ve never painted a Christmas ornament for a governor’s mansion, so I’m like Maude in the old movie ‘Harold and Maude’ — try something new every day, and it’s all about the new experience.”