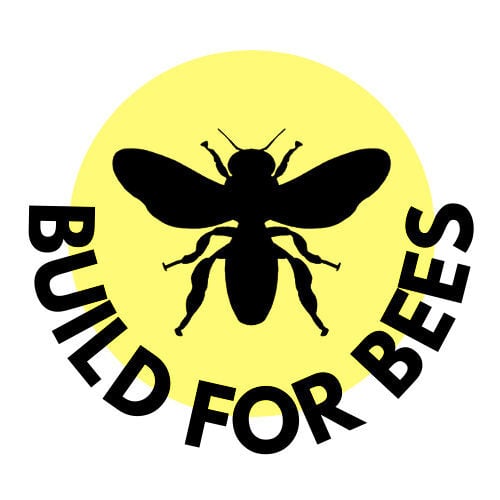 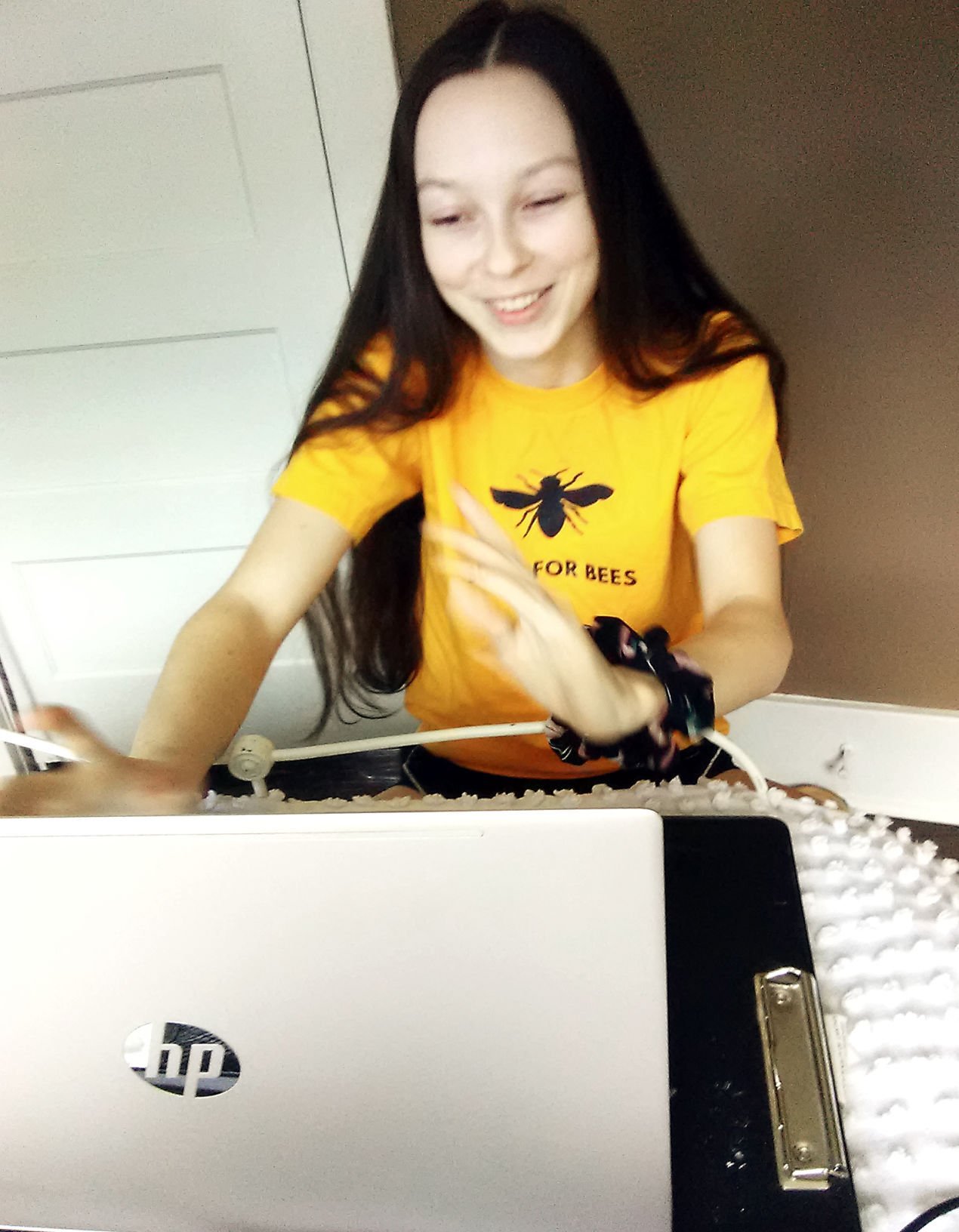 Emily Huffstetler, founder of Build for Bees, leads an online workshop for Girl Scout Daisies and Brownies in June 2020. 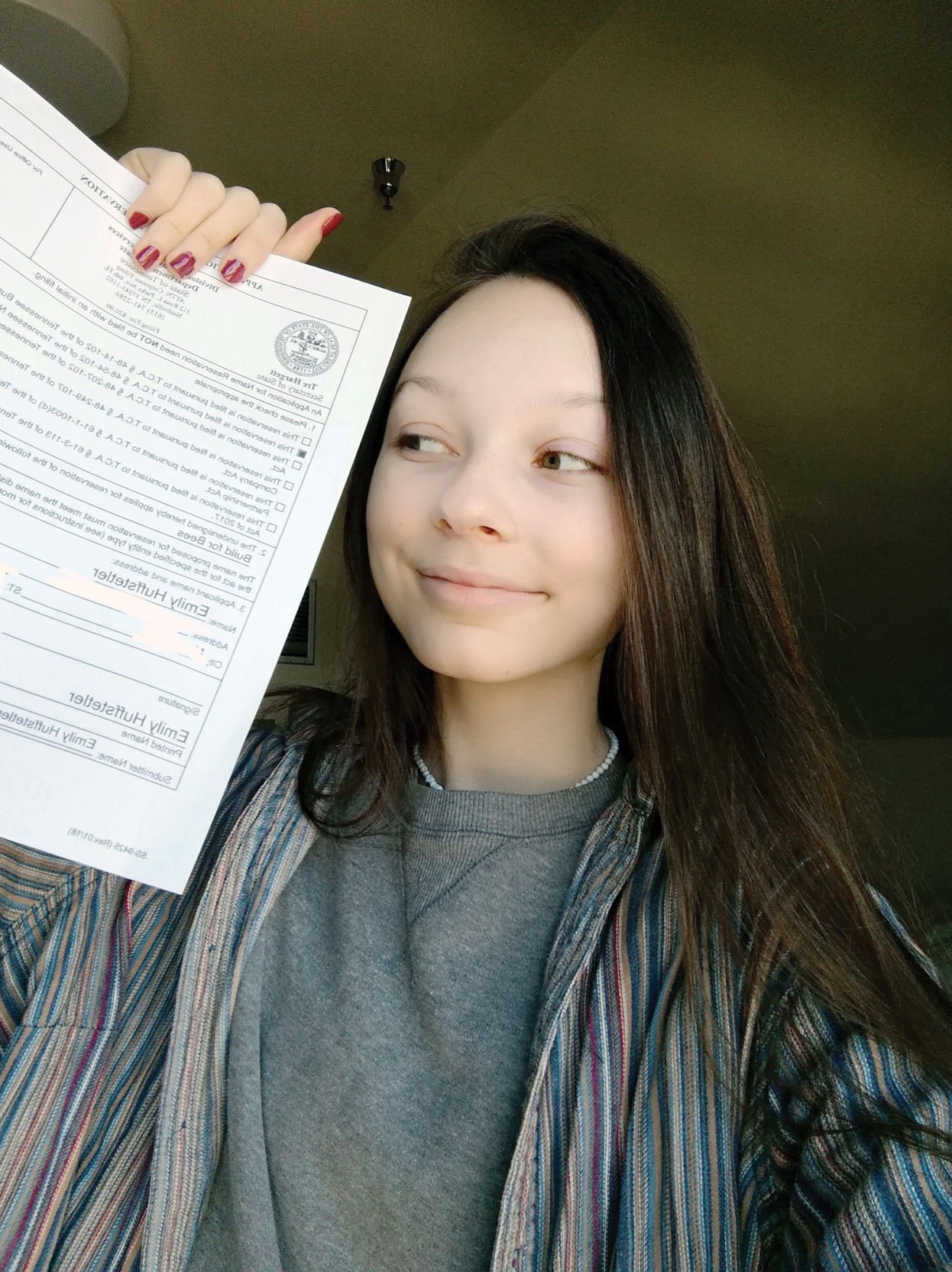 Emily Huffstetler celebrated her 18th birthday this fall by filing the first paperwork to turn her Build for Bees project into a nonprofit organization. 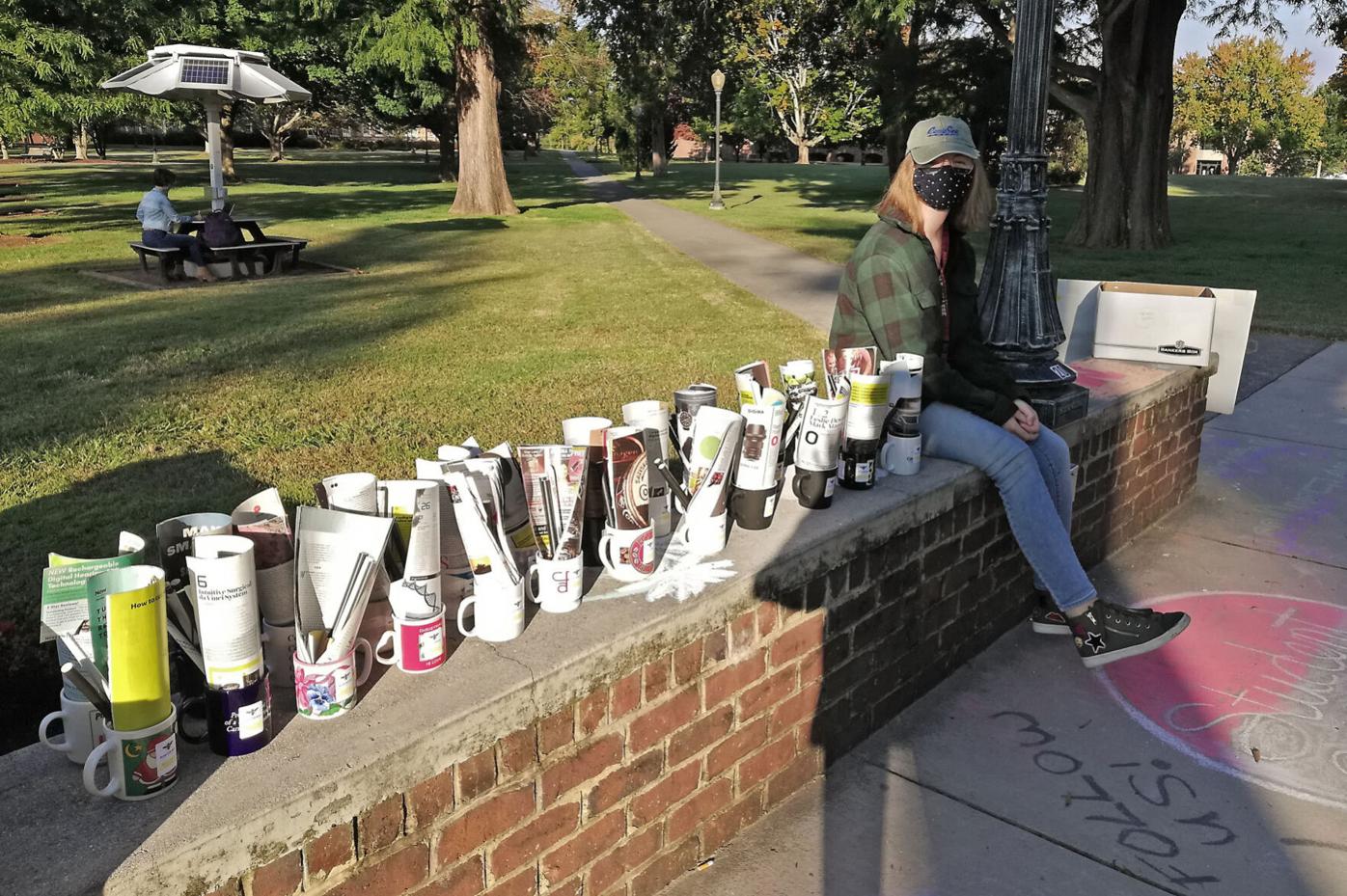 Carmela Lewis, a member of Maryville College's Environmental Action Team, sits with supplies ready for a contact-free pickup before an online Build for Bees session on making mason bee homes from mugs. 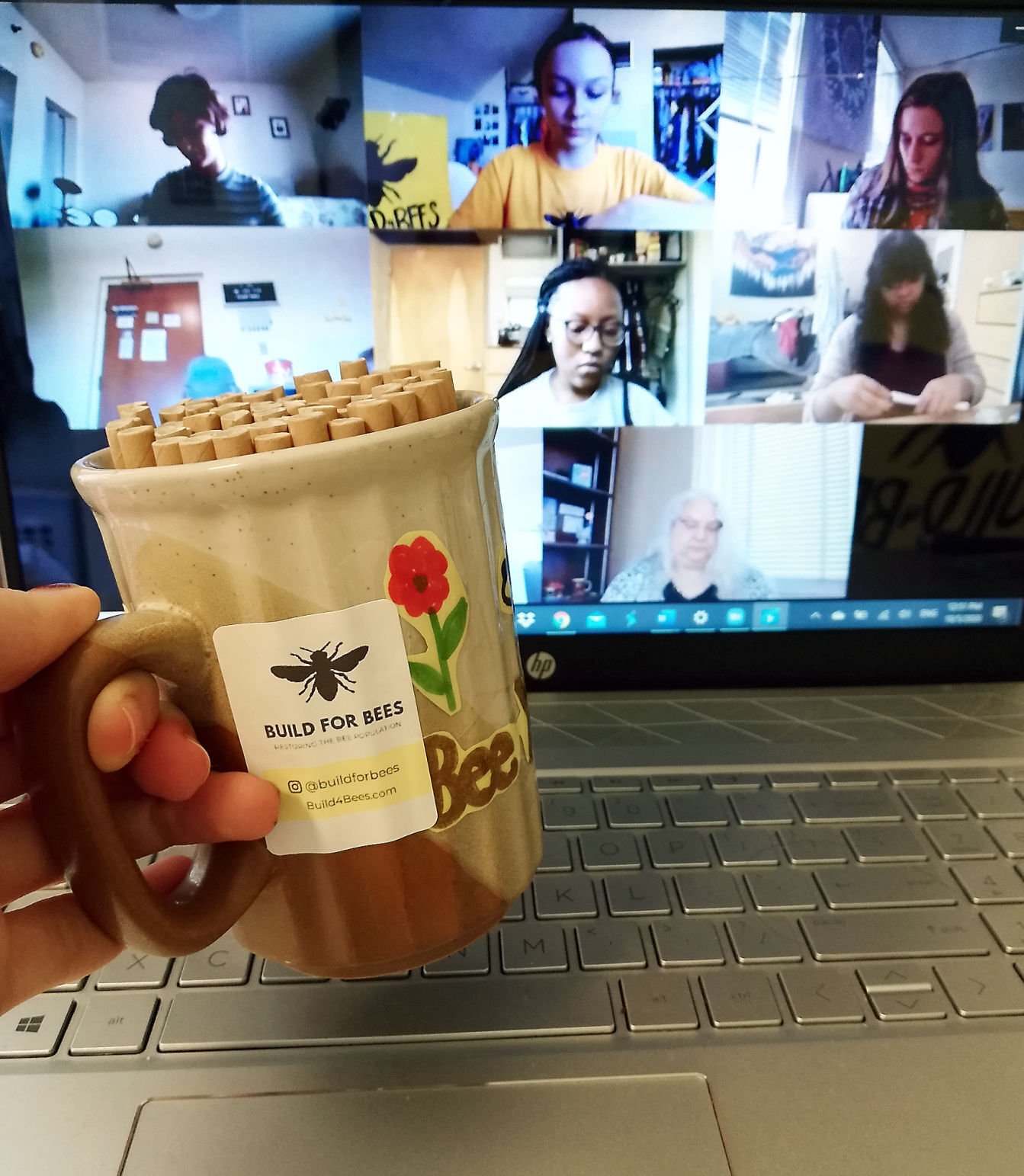 Emily Huffstetler, founder of Build for Bees, leads an online workshop for Girl Scout Daisies and Brownies in June 2020.

Emily Huffstetler celebrated her 18th birthday this fall by filing the first paperwork to turn her Build for Bees project into a nonprofit organization.

Carmela Lewis, a member of Maryville College's Environmental Action Team, sits with supplies ready for a contact-free pickup before an online Build for Bees session on making mason bee homes from mugs.

A $10,000 grant is helping a Maryville College freshman turn her Girl Scout project into a nonprofit organization and her career.

Emily Huffstetler is one of the first 10 recipients of the new Be More Fund from the National Society of High School Scholars, which honors those with creative, viable plans to make the world a better place.

The idea began about six years ago, when her family was looking for a pollinator for an early blooming fruit tree. Less than an hour after they hung the first house it had lured its first bee, and Huffstetler said it’s still full every year.

In 2019 the Maryville High School senior created Build for Bees as her Girl Scout Gold Award project. During Knoxville Earth Fest that year she led the building of 122 bee houses.

In the process of applying for more than 150 scholarships, she had time to think about the skills she was planning to put together for a career in journalism and realized she already was using them for her bee project.

“I realized when I was writing all these essays that these were the things that I was putting into Build for Bees, too,” she said. “I was designing everything, I was writing everything and using Spanish to reach a wider audience. So I’m still interested in journalism, but Build for Bees is really where my passion lies, and now that I’ve won the Be More Fund I’ve realized that if I want to I can turn this into my career. So that is what I’ve been pursuing full tilt ever since then.”

Huffstetler built her own website, writes articles and pamphlets, and has led workshops in English and Spanish.

She has used the time during this pandemic to build her online resources. “That’s when I started to get a lot of traction on Instagram,” she said, connecting with people from Canada to Brazil and Australia.

Recently she was able to ask Latin American scientists studying mason beens the scientific way to explain what she is doing in Spanish, because she had not found a direct translation.

Another connection may lead to donations to Build for Bees through another organization’s online store.

“I’ve been doing all of my workshops on Zoom since March,” she said.

When the national Girl Scout organization was working on at-home programs for members, Huffstetler led mason bee workshops that allowed girls to earn badges. She also has presented to groups including the Lions Club of Maryville.

Next week she’ll be presenting to a school in Knoxville.

For local workshops she arranges contact-free pickup of supplies from her porch, including the mugs.

One of her best sources has been Keep Blount Beautiful, which collects them at recycling events. Huffstetler jokes that she has more mugs than clothes in her closet. She also notes that often people have a mug they want to keep for the memory associated with it but don’t necessarily want it in their cupboard.

The original design relied on more than 100 straws, but Huffstetler said, “I figured out how to make straws out of magazines.”

When she recently turned 18 Huffstetler began filing the paperwork for Build for Bees to become an official nonprofit. The Be More Fund will help her continue on that journey.

“Going into my freshman year my goal was to turn Build for Bees into a nonprofit by the time I graduated from college,” she said. “Luckily I’m actually getting to do that a lot sooner.”

The nonprofit status will allow her to expand Build for Bees’ reach and eventually turn the work into her career, Huffstetler said.

Another advantage of being a nonprofit is that she then could approve community service hours for students who work on the program. “I’d be able to help the community while the community’s helping the bees,” Huffstetler said.

With first semester finals done this week, she plans to complete more nonprofit paperwork and work on a new mason bee house design for commercial farms and orchards.

“I kind of want it to be a choose-your-own adventure deal,” she said, giving people options for how to contribute. For example, one person who already contacted her wants to use a town magazine drive to capture paper for the homemade straws used inside the mugs.

Huffstetler said she likes that the project is both sustainable and accessible. Not only can the mason bee homes be made from recycled materials, but she has held workshops with people who have disabilities and other types of low dexterity, from young children to older adults.

On Friday, Dec. 4, Huffstetler learned that Build for Bees won the John Goddard Prize for Environmental Leadership, a $500 grant awarded by the Earth Island Institute.