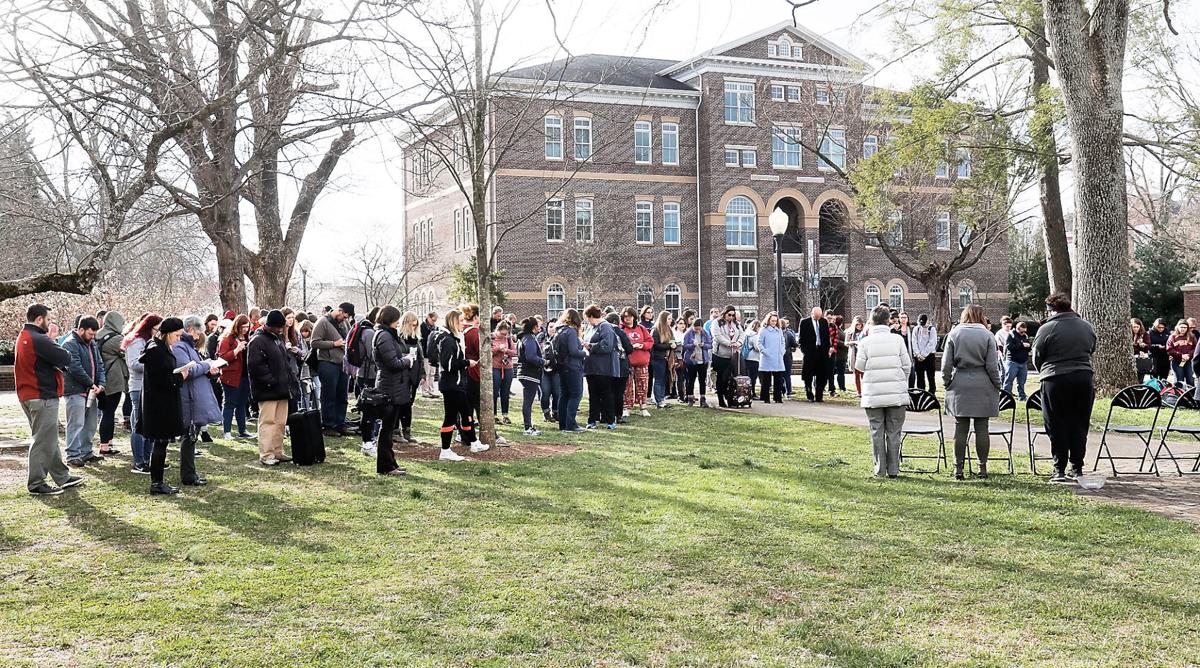 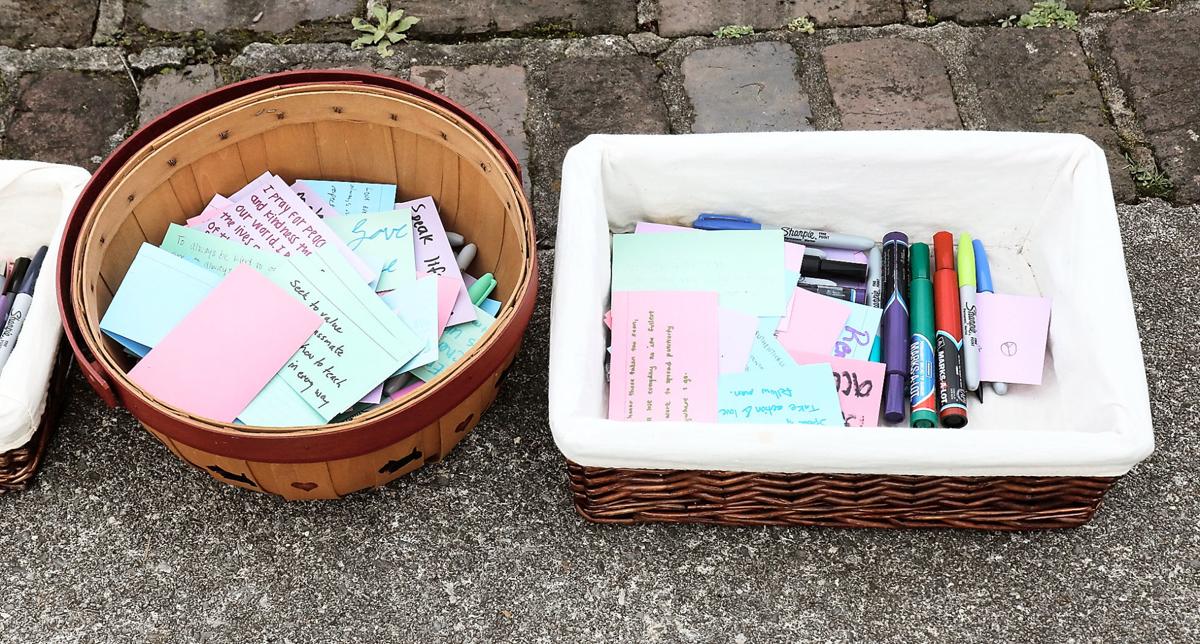 Participants at Maryville College’s #Enough National School Walkout event Wednesday were invited to write their commitments to create greater peace on notecards, which will be posted around the campus. 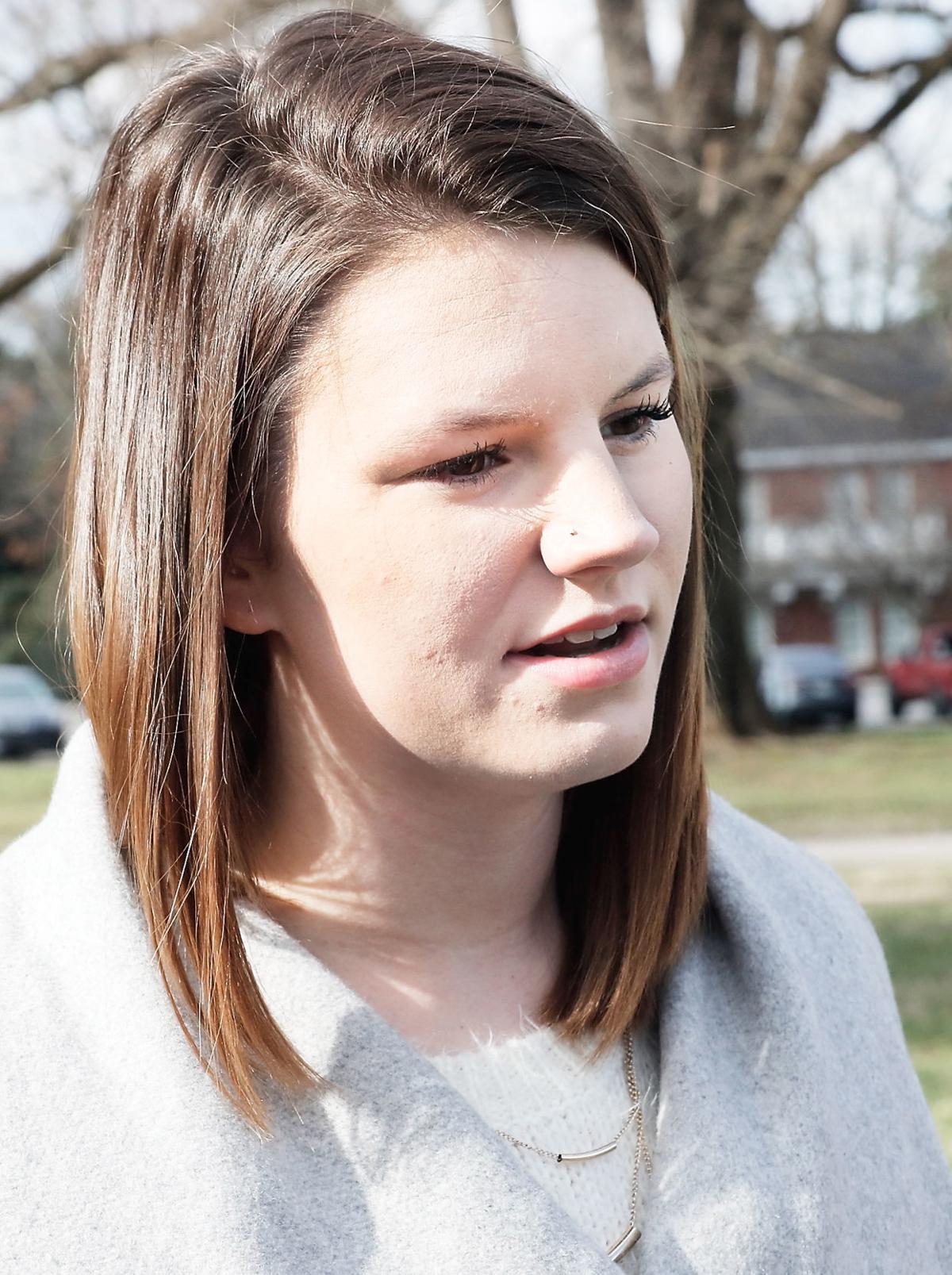 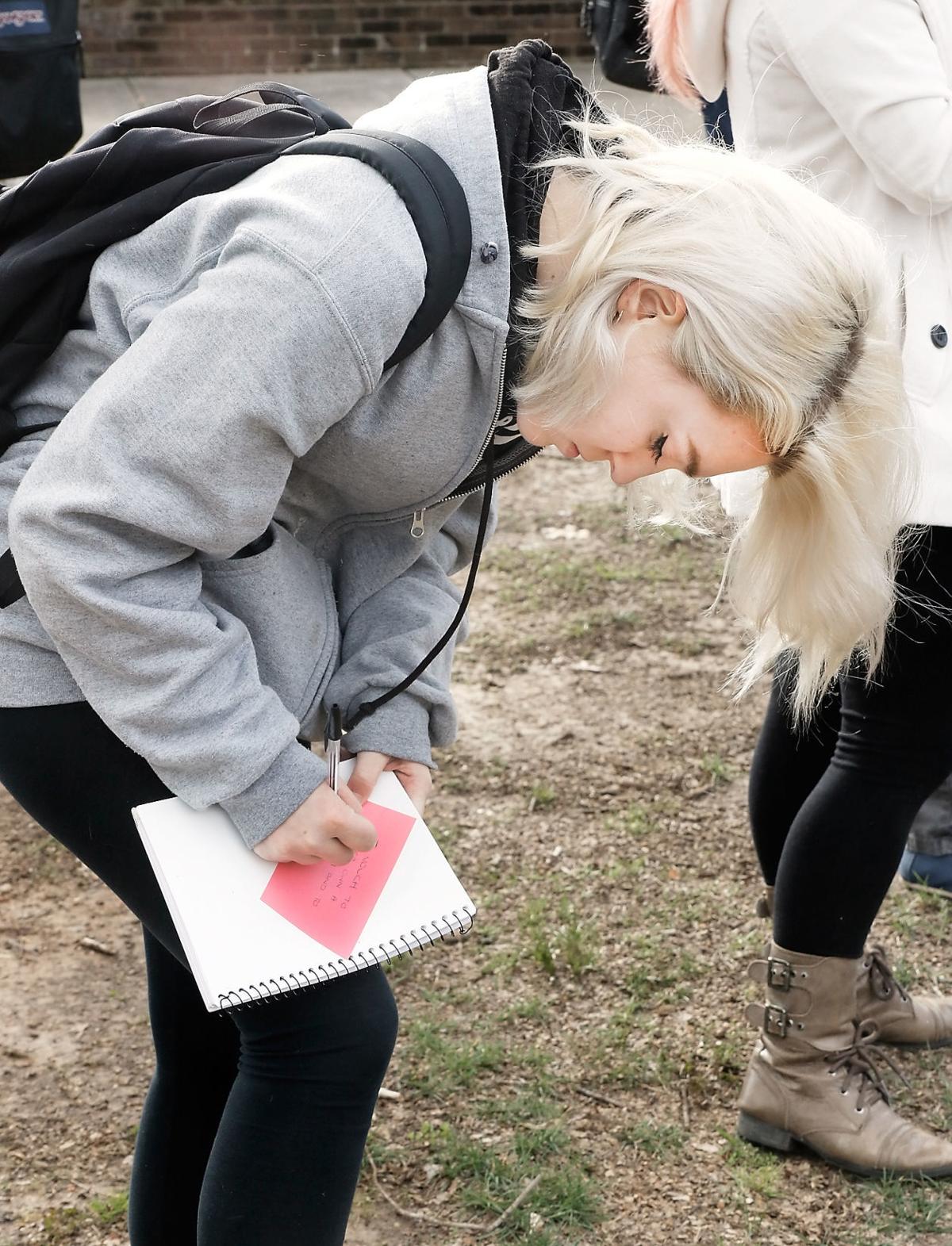 Maryville College student Katie Conner fills out a notecard with a message of how she can make the world more peaceful during an #Enough National School Walkout service Wednesday. The event recognized the victims of Marjory Stoneman Douglas High School shooting last month and encouraged participants to work for peace.

Participants at Maryville College’s #Enough National School Walkout event Wednesday were invited to write their commitments to create greater peace on notecards, which will be posted around the campus.

Maryville College student Katie Conner fills out a notecard with a message of how she can make the world more peaceful during an #Enough National School Walkout service Wednesday. The event recognized the victims of Marjory Stoneman Douglas High School shooting last month and encouraged participants to work for peace.

About 100 Maryville College students gathered for 17 minutes Wednesday morning to remember the victims of last month’s school shooting in Parkland, Fla., and commit to promoting peace.

“Far too often these memories will fade away with the headlines,” said Jacob Williams, co-chair of the college’s Peace and World Concerns group.

Standing behind 17 empty chairs, members of the Progressive Christian Community and Peace and World Concerns read the names and ages of each student and staff member killed Feb. 14 at Marjory Stoneman Douglas High School and told something about their lives, from a 14-year-old freshman band member to the assistant football coach who threw himself on top of students to protect them.

Part of the #ENOUGH National School Walkout to advocate for greater safety measures, the Maryville College event did not take any political position but instead invited students to write on colorful cards the actions they will take to promote peace among themselves, the community and the world. Their words ranged from lifting up others to voting and marching, with the cards posted around campus as a reminder to students.

“These things we are writing, make them not only our prayers but our commitment to action, that our lives might be used to ensure the future generations, their learning, their strength and their joy,” the Rev. Anne McKee, campus minister, said in leading a prayer.

A few snowflakes drifted through the sunlit morning and birds called in the background as the group became silent in prayer before the college’s Covenant Stone, engraved with the words scholarship, respect and integrity. College President Tom Bogart attended the event but did not speak.

Freshman Grace Mathews included on her card a commitment to march more, vote more, speak up more and love more. “I don’t want anything like this to ever happen again,” she said, tears in her eyes.

June Rosenbarker, a junior, said it was important to show support for students. “I think it can be really powerful, even though we’re hundreds of miles away.”

Her card committed to teach love and peace and to stand up for others in times of need.

Most of today’s college students were infants or toddlers at the time of the April 1999 mass school shooting in Columbine, Colo., where 13 died and more than 20 were wounded.

As they grew up, they became aware of mass shootings with incidents such as Sandy Hook Elementary School in December 2012, where 20 first-graders and six adults died, and the Pulse Nightclub massacre in June 2016, when 49 patrons died in Orlando.

The Pulse shooting was surpassed five months ago as the worst mass shooting in recent U.S. history, when 58 concertgoers were killed in Las Vegas.

On Valentine’s Day this year, word of the Parkland shooting spread through the Maryville College campus via news apps and social media.

“Their lives were just beginning,” said sophomore Cassie Williams. Her card included praying for peace, love and protection for the families of the victims in Florida, and to be a community that lifts others up.

Sophomore Natalie Tankersley, moderator of the college’s Progressive Christian Community, said the event was designed to raise awareness and spark conversation without asking students to take sides in a political debate about gun control.

Tankersley was a freshman in high school at the time of the Sandy Hook shooting. That’s when she recognized the increase in steps to protect students, such as more drills, and that school shootings had become a chronic issue, not just isolated incidents.

“It is a complex issue, and none of us is going to have a simple answer,” Tankersley said.

Ariel Kaylor, a junior and co-chair of the Peace and World Concerns group, said students should not fear for their safety while at school.

“I think we can all agree that students and children from elementary to college age should not have to sit in their classroom and be afraid of someone coming in and taking their lives or harming them in any way,” Kaylor said.

All three local school districts in Blount County are on spring break this week, so none of their students participated in the peace rally.

The students who planned the event got an excellent lesson in organizing an event around a hard topic, and they pulled it off beautifully. Our Maryville College students are an asset to the community now, and will continue to be as they go out into the world.