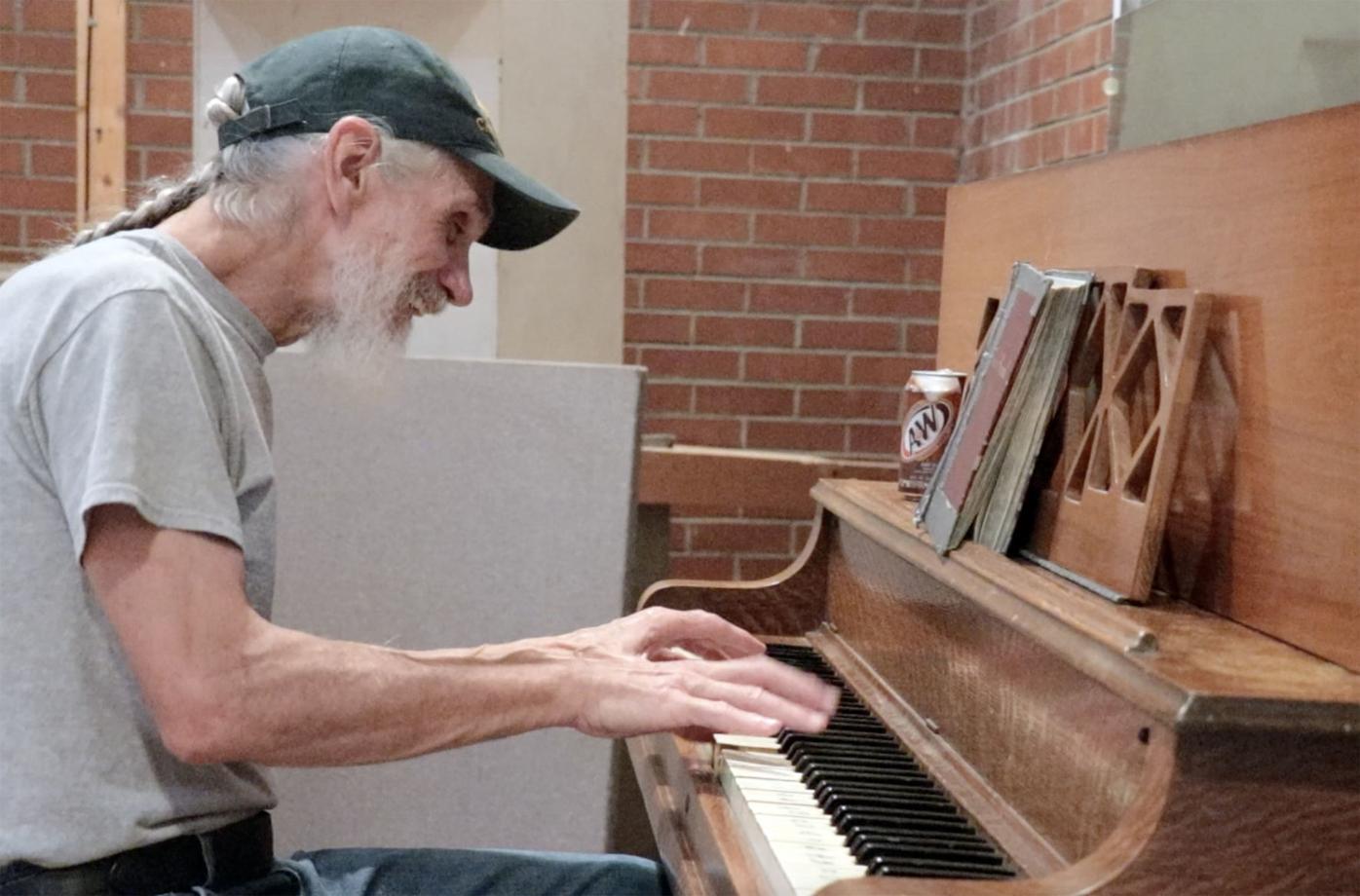 Richard Mogridge plays the piano on May 24 at the Rocky Branch Community Center in Walland. 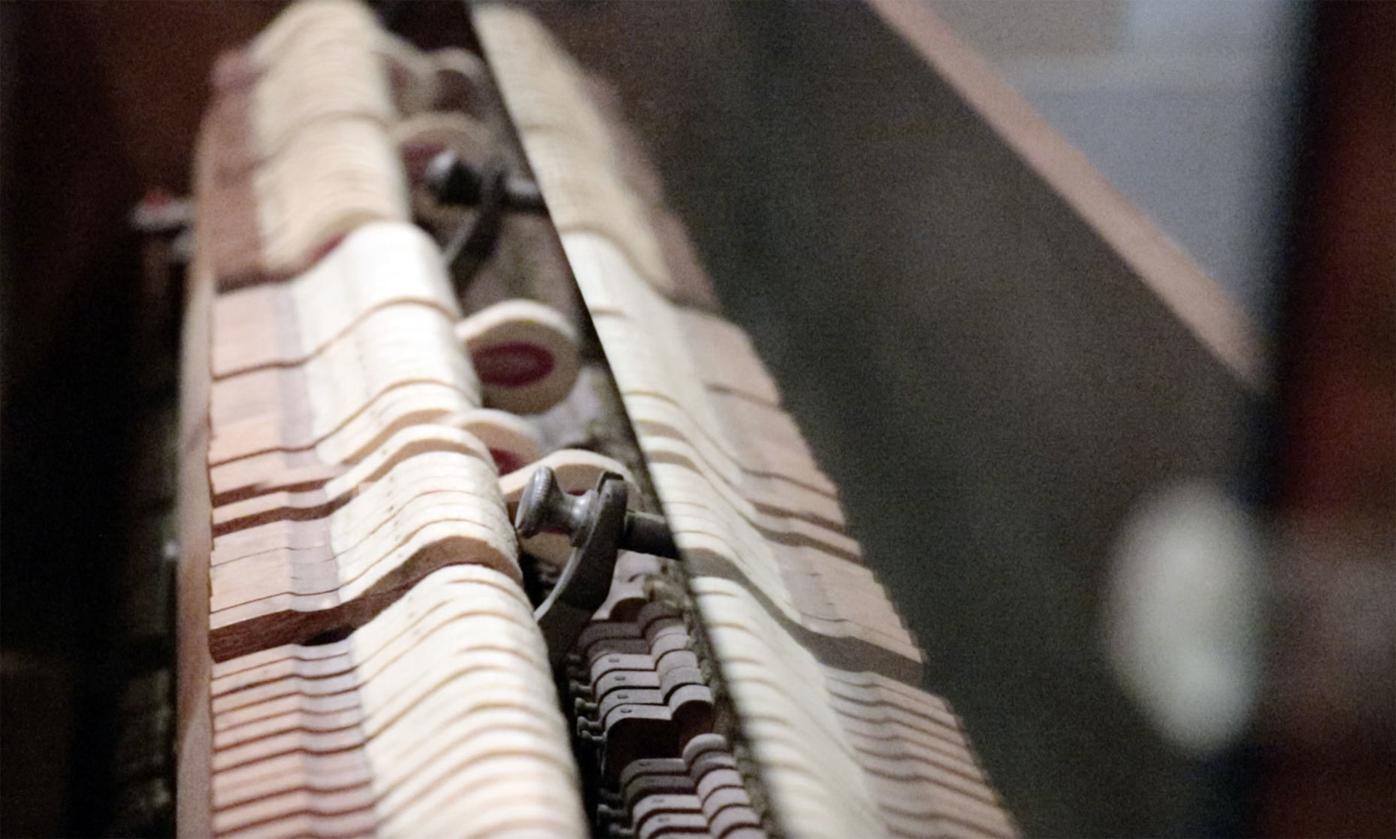 The piano keys strike as Mogridge plays for a crowd on May 24 at the Rocky Branch Community Center in Walland. 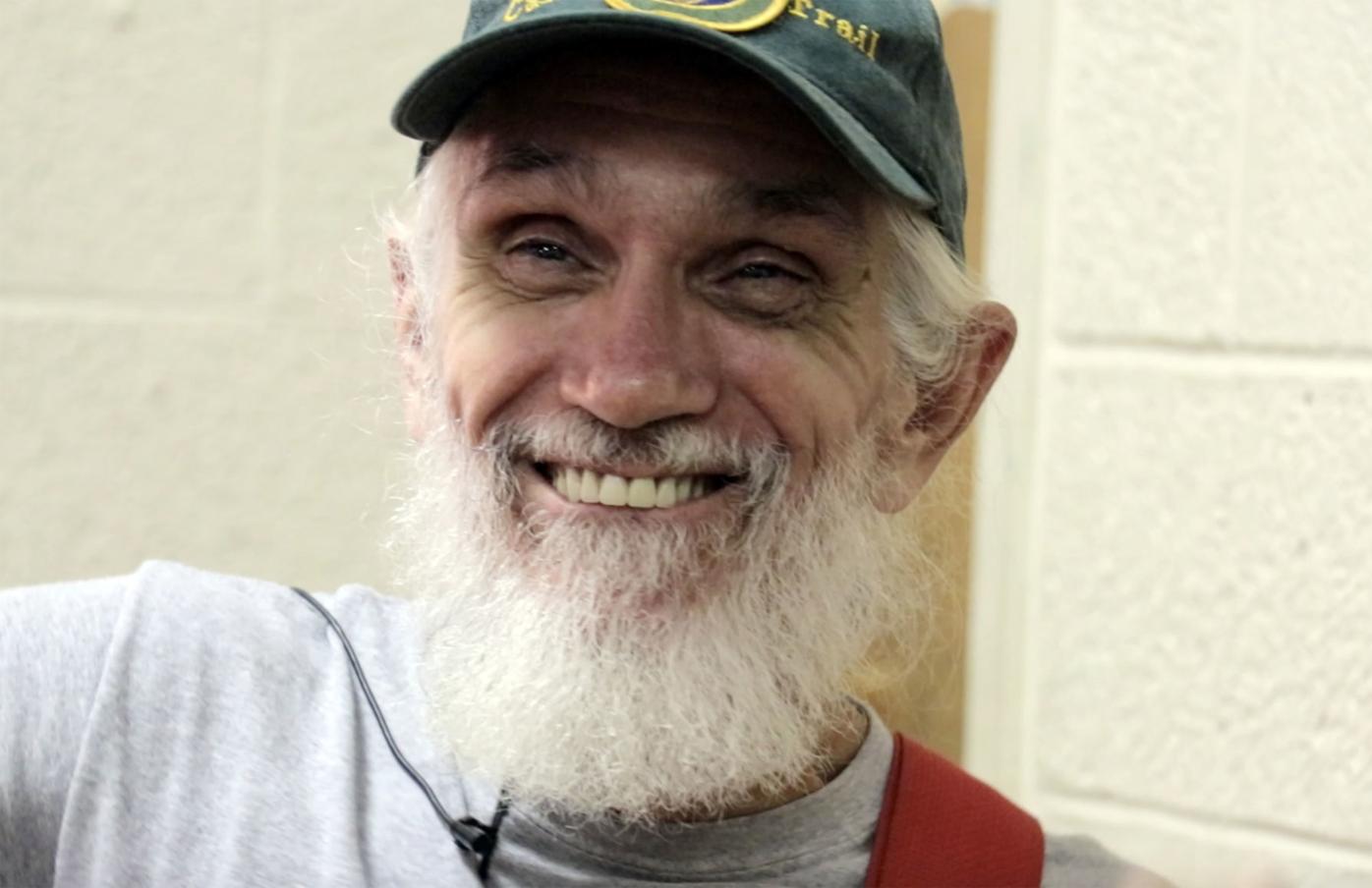 Richard Mogridge smiles as he gets ready to play guitar for the crowd of people who came to watch him on May 24 at the Rocky Branch Community Center in Walland.

Richard Mogridge plays the piano on May 24 at the Rocky Branch Community Center in Walland.

The piano keys strike as Mogridge plays for a crowd on May 24 at the Rocky Branch Community Center in Walland.

Richard Mogridge smiles as he gets ready to play guitar for the crowd of people who came to watch him on May 24 at the Rocky Branch Community Center in Walland.

Richard “Guru” Mogridge is easy to spot in the crowd that comes to the Friday night jam session at Rocky Branch Community Center. He’s the one with white shoulder-length hair that is braided and held in place by a green ball cap that has “Scat Patrol Camp Trail Volunteer” stitched across the front.

If that’s not enough, with his full white beard that stretches to the neck of his T-shirt, Mogridge stands out among the other men, with their short hair, clean faces and button-down shirts.

To them, he’s Guru, a nickname given him years ago because he has a wide skill set of talents, from writing computer code to identifying all kinds of animal poop found in the Smokies and playing a multitude of instruments.

“Let me finish tuning these,” he said, pointing to a rack holding a variety of stringed instruments, from guitar to mandolin to ukulele. Using his cellphone, he opened a tuning app and began plucking and tightening the strings in preparation for playing at the weekly Friday night music jam at Rocky Branch Community Center in Walland. Mogridge is a regular player and a popular one, too.

“I would say God did that for me, I was born with it. I’ve always loved to pick,” Mogridge said.

As for his unusual last name, Mogridge said based on his research there are only seven “Mogridge” families in the world. “Most of them are in Australia,” he said. “Some of them are in Kansas and a lot of them are right here.”

Mogridge graduated from Walland High School in 1974 and went on to become a certified Microsoft work station specialist.

He is also an expert in identifying animal scat, a skill he learned through books, as well as materials handed out at the Great Smoky Mountain National Park’s welcome centers. “It’s just how I learn. I bought a lot of books,” he said.

Because of this skill, he volunteers at Cades Cove. “I’m a back-country interpreter around the Cades Cove area,” Mogridge said, who adds he loves the park and has hiked its summits many times.

What Mogridge is most known for on Friday nights at Rocky Branch is his musical dexterity, moving from one instrument to the next. Never a formal music student, Mogridge said he learned to play an instrument by watching others, then teaching himself.

Every Friday night, the jam session attracts people from near and far. At a recent session a couple from Texas came to hear Mogridge play the piano. He obliged the request, playing a short program of gospel and blues, his long fingers moving nimble over the keys.

From the outside, Rocky Branch might appear to be an old run-down school building; but when you walk through the doors on a Friday evening you never know who you might find. But chances are, a man named Mogridge will be there playing a tune.

Morgan Brantley is a Middle Tennessee State University journalism student. She was in Blount County as part of a feature writing class called the Road Trip Class, which has been collaborating with The Daily Times.