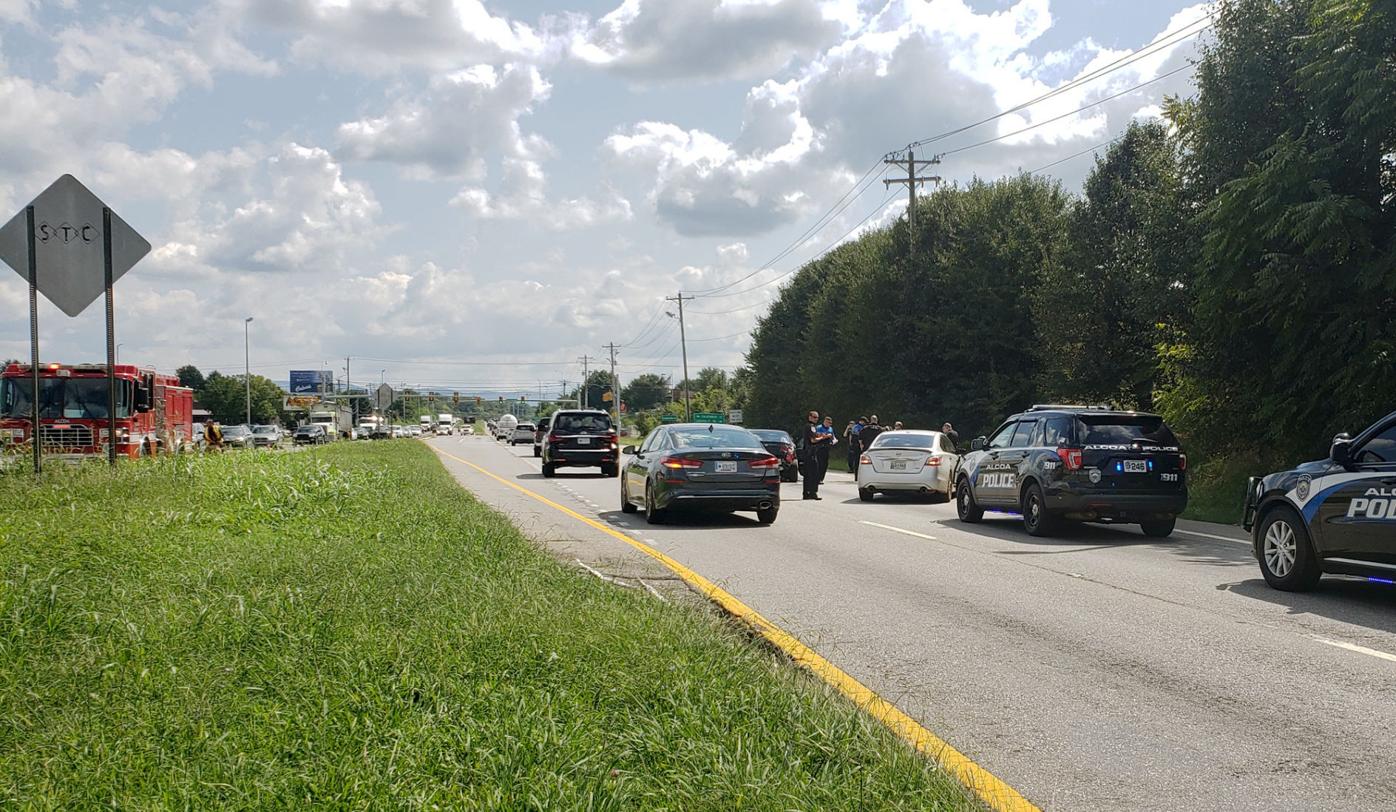 A wreck occured just north of the intersection of the US Highway 129 bypass and Louisville Road Friday afternoon.

A wreck occured just north of the intersection of the US Highway 129 bypass and Louisville Road Friday afternoon.

Not long before rush hour, multiple vehicles crashed into each other on Alcoa Highway, sending one person to the emergency room and placing another under arrest, according to the Alcoa Police department.

APD said four vehicles were involved in the crash near the Alcoa Highway bypass at Louisville Road.

They said one patient was transported to Blount Memorial Hospital, where the condition is unknown.

The department has not yet completed the investigation of the crash, but said there was one DUI-related arrest. At this time, they are unaware if it was the person who caused the crash.